For He is Nate, Master of the Oddball: a Trade Post

It's no secret that I'm crazy about oddballs. At the family reunion that is Griffey cardboard, oddballs are the weird cousins you never talk to but who always bring excellent dip you just can't stop eating. Sure, you make plans to hang out next week without the rest of the family, but you secretly know they're not going to happen. Then you see each other again at Uncle Jim's funeral and end up hanging out at a bar afterwards, getting drunk and bashing cousin Andy and his hairlip (which would be mean if he wasn't such a jerk). And you're just laughing your ass off all night thinking, "Man, oddballs are pretty freakin' cool."

There's minimalism and then there's stark empty space. At least the color fade breaks it up a little.

Some very simple oddballs on the ends here, but that one in the middle has a lot going on. Look at all the sciency physics stuff on there. And is that a pun on Junior's first (middle, actually) name? And that dramatic lighting? What a great oddball!

These gold-bordered beauties from Sports Card Monthly have serious production value. The photo on the right was recently used on the cover of Beckett Sports Cards Monthly (the non-baseball-specific one). You hardly ever get to see Junior's Mom. The resemblance is definitely there. 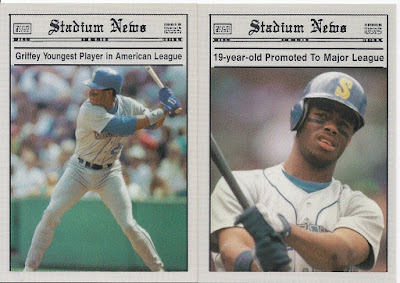 There are a bunch of these Stadium News oddballs out there. They're glossy and pretty high-quality for early oddballs.

I collect Griffey on old Topps designs, so the one on the left here was a treat. And check out Mr. Blue Foil over here. You normally only get that on the rarest of the rare parallels.

The card on the right is interesting in that it was made to celebrate the fact that both Griffeys were playing at the same time, but it puts them in juxtaposed lockers which was not a thing...yet. A year after this card was made, they really would be in the same locker room; but there were no cards made. A missed cardboard opportunity...﻿
﻿
﻿ 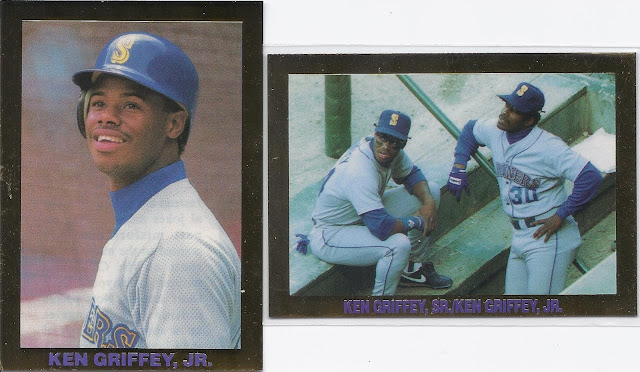 They weren't all oddballs, of course. There's the first ever short-printed Griffey base card on the left. The Pit Crew card from Upper Deck was some kind of multi-sport set that I've never been able to pin down. I consider it the closest thing to an oddball Upper Deck ever made.

Oops - an oddball snuck in with these Topps and Fleer cards. How'd that happen? 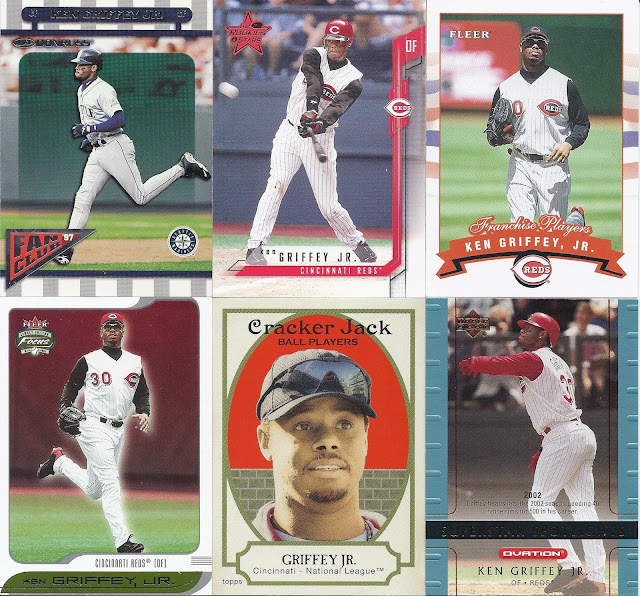 And the rest. This was an awesomely massive haul of Griffeys, but that's not all: 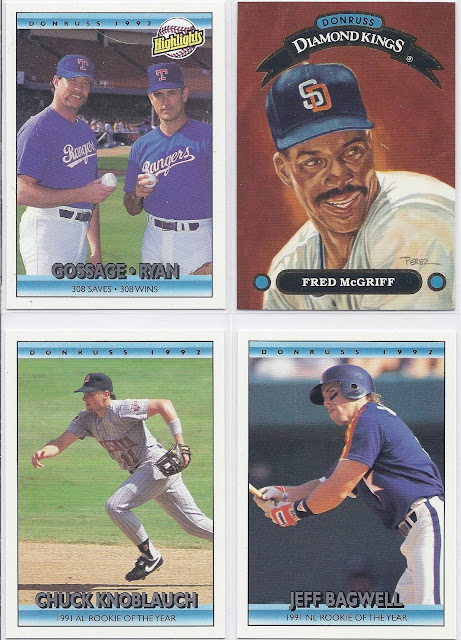 Here are a few set needs for my 1992 Donruss set build. I'm very close to having all the Diamond Kings...

And a pair of branded oddballs of PC Will Clark. I'd never even seen these Jiffy Pop cards before - very cool. And those Toys R US cards were always super-glossy and colorful, let aone the fact that it's a rookie card. This thing was probably worth a few bucks back in the day.﻿ 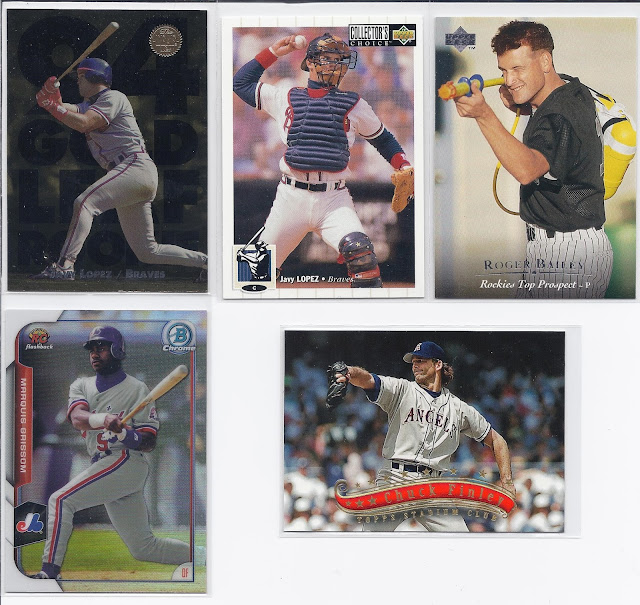 Finally, here are a bunch more PC cards and great water gun shot. That Marquis card was one of the biggest surprises I've ever seen from Bowman. Great to see Expos Grissom on Chromium in 2015.
These packages were a real treat - thanks a ton, Nate! I sent you a PWE a few weeks (months?) ago with a bunch of other Griffey oddballs. I'll be sending out another one soon because I most definitely owe you.
﻿
﻿
Posted by The Junior Junkie at 10:56 AM