Welcome to Page 10 of the Great Griffey Frankenset!

Here is page 10 of the Great Griffey Frankenset: 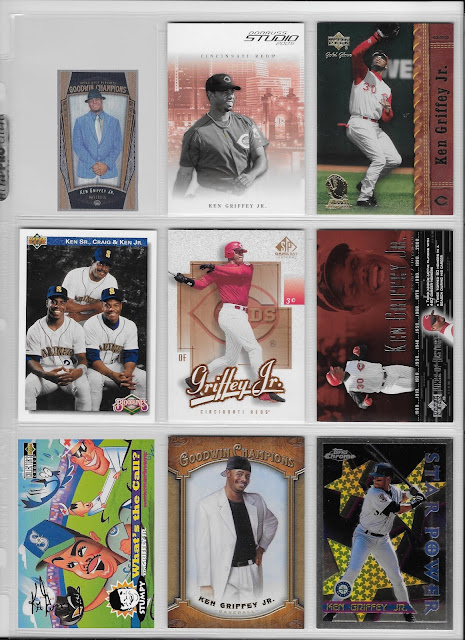 Page 10 Notes: Seven of the nine cards on this page are from Upper Deck, and two of those were made after UD lost their license. That means for the first time we have not one, but two cards with no team specified. We also have our first minnnnnniiiiiiiiiiiiiii, so enjoy that. 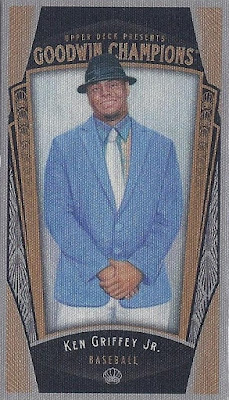 The first Mini of the Frankenset. Junior is looking fly in his pastel striped button-down, paired with a robin’s egg blue blazer. The flat-cut white slacks with matching tie complement the soft colors of the rest of the ensemble, and the entire look is capped off with a black fedora that says, “I’m breezy, but I also mean business.” The perfect look for the golf course, polo match, or a couples day at the marina. 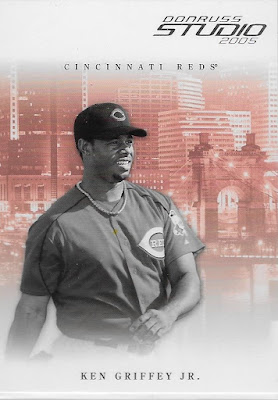 Late Studio, while less portrait and more action-photo-made-to-look-like-a-portrait, was still an attractive set in 2005. The black-and-white Griffey superimposed over a red-tinted Cincinnati cityscape make it a personal favorite among Studio’s late issues. 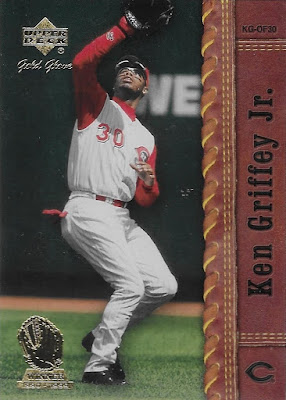 Here’s another flipped-up-shades-looking-right-into-the-sun moment. Junior had a lot of these. I suppose he had his reasons for not using those Oakleys or Gargoyles or whatever awesome exclusive eyewear he was sporting at the time, but I still think it darn silly. Cool nameplate on this one. 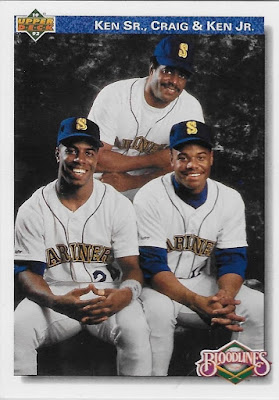 The famous family portrait. Senior would go on to coach in Cincy and Craig didn’t take to baseball quite as easily as Junior, eventually requesting his own release from the Mariners system; but for a short, fleeting moment, all three Griffeys were Mariners. I consider this one of the greatest Griffey cards ever made. 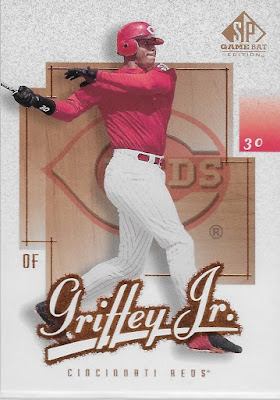 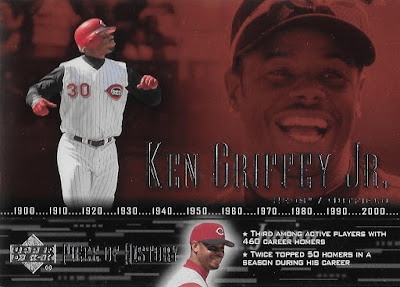 Another well-done issue from Upper Deck, this one has the look of an insert or subset. I like the idea of the timeline along the bottom of the card (which they don’t seem to make any specific use of here) and the dark reds and blacks with the silver text. The highlight here is the photography. We get two smiling portraits of the Kid and a fantastic bat-less post-home-run action shot. A shoe-in for #87. 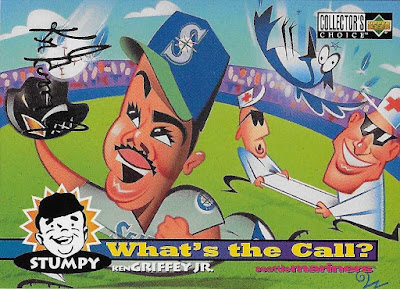 There is so much to love about this card: a brightly-colored cartoon featuring a Jay Buhner cameo as an EMT, a fun premise, and a shiny gold signature? It's almost too much.They gave Junior a real anime quality in the illustration, too. 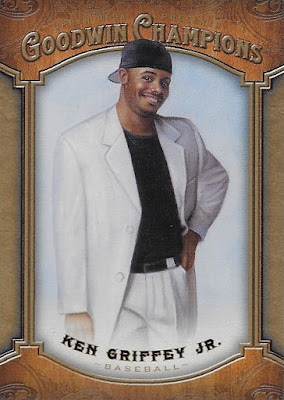 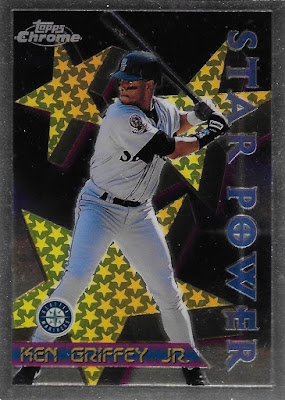 This remains one of my favorite chrome base cards ever made. There’s something about the stars and colorful background that translated to chrome so well. While chrome usually doesn’t add much to the look of a base card, here it changed the whole game. And that is definitely the same font they used on the security doors in the museum scene of Demolition Man, aka the "What seems to be your boggle?" scene. "He's going for a gun, Huxley. Trust me, he's going...............for a gun." 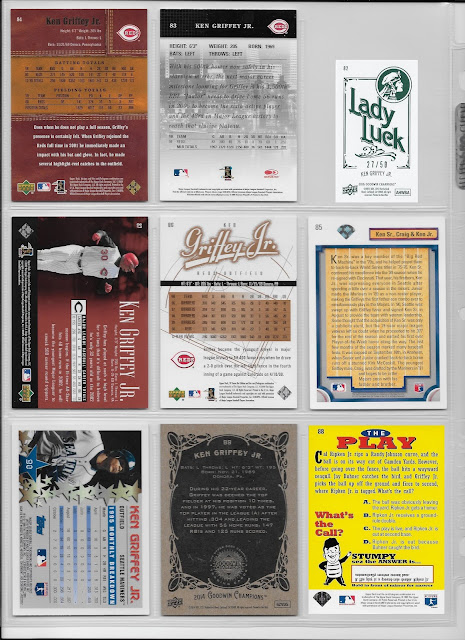 Thanks for reading, and look for Page 11 next Friday!
Posted by The Junior Junkie at 8:00 AM