I Put 2004 Fleer InScribed in its Place 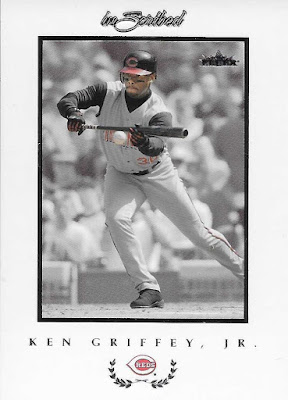 Okay, look – I’m not saying you have to put Junior into every single insert. What I am saying is that I’m going to notice when he doesn’t make it into ANY inserts, particularly those with a very general theme or ones he completely deserves to be a part of. And when I notice, I’m callin’ you OUT.

Talking to you, 2004 Fleer InScribed.

Yeah, I know you’re a brand built around autographs, and Junior was under an exclusivity contract with Upper Deck when it comes to those. I don’t care. There are no fewer than two inserts, one with the most general theme ever and a whopping 30 cards in the checklist (yes, THIRTY, his uniform number – another missed opportunity) with NO GRIFFEY. This is unacceptable.

Hence, I am going into this post with a very negative outlook and probably a fair amount of attitude. You know what? Scratch that “probably.”


Yeah, it’s a great-looking base card. It’s a little sparse, but it’s also symmetrical and balanced and makes excellent use of limited color. And it's a sweet bunt shot. I really like it IN THE ANGRIEST WAY POSSIBLE. 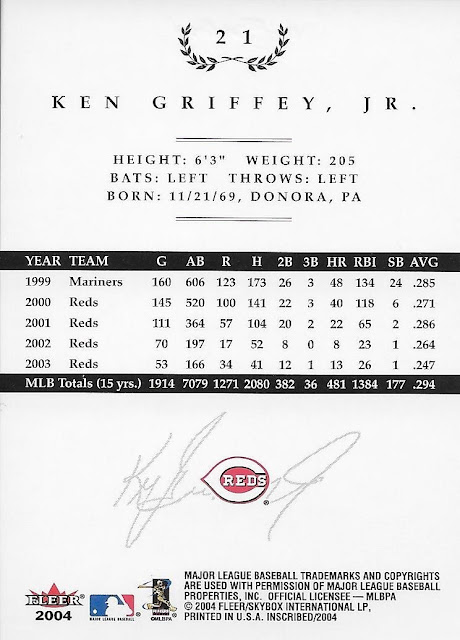 If this card was Sparsetown, the back would be the mayor. Huge swaths of white, heavy letter spacing in the nameplate, and a five-year stat box where they could have easily fit ten. I like the signature facsimile at the bottom, but did they have to stick the team logo right over it? Why not below?

Again, I actually like the base card a lot, but I find it hard to admit so because I am so heavily biased. 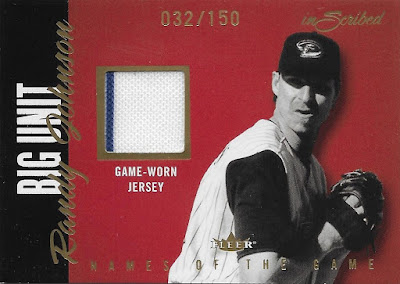 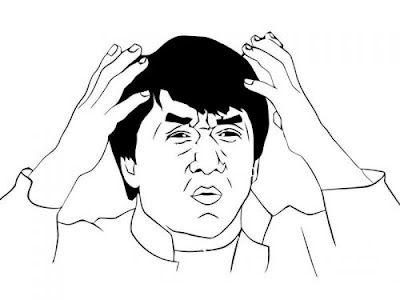 There was also an Award Winners insert that Junior, winner of numerous Gold Gloves, champion of multiple Home Run Derbys, MVP of the 1992 All-Star Game, seven-time Silver Slugger, and 1997 MVP of the freakin’ American League, was not in because, you know, not enough awards and all. 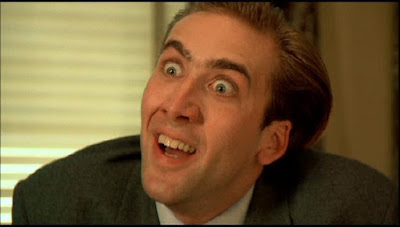 It's no wonder why you lasted only one year. Maybe a few more Griffeys and you'd have stuck around a bit longer.

I hate you, Fleer InScribed, and I SUPER hate that capitalized S in your brand name. You look like an angsty teen’s AOL chat room screen name from 1996.