Back to Baseball: A Dozen New Griffeys and a Sort

After taking a week off to talk about nerdy things, it's time to get back to the roots of this blog: Griffey cards!  I did a sort tonight, but not before scanning some of the cooler additions to the collection. 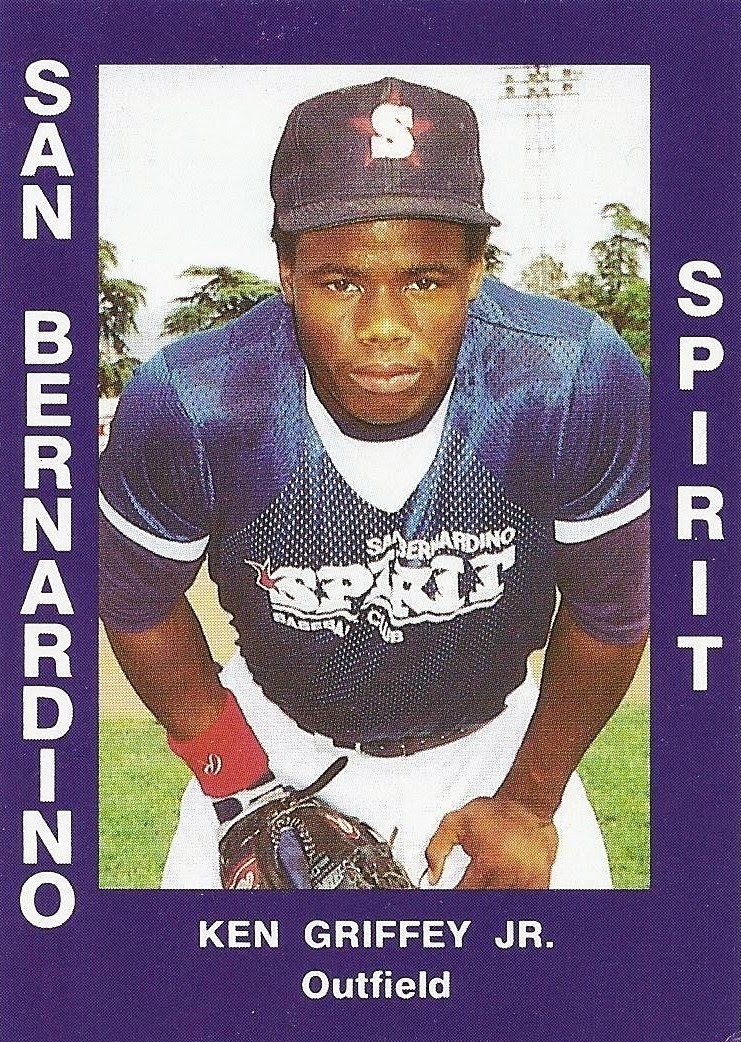 I can't believe I didn't already have this one, but it's true.  There are two versions of this pre-rookie, and this is the rarer one.  I have three of the other one which shows Griffey posing in a white Jersey. 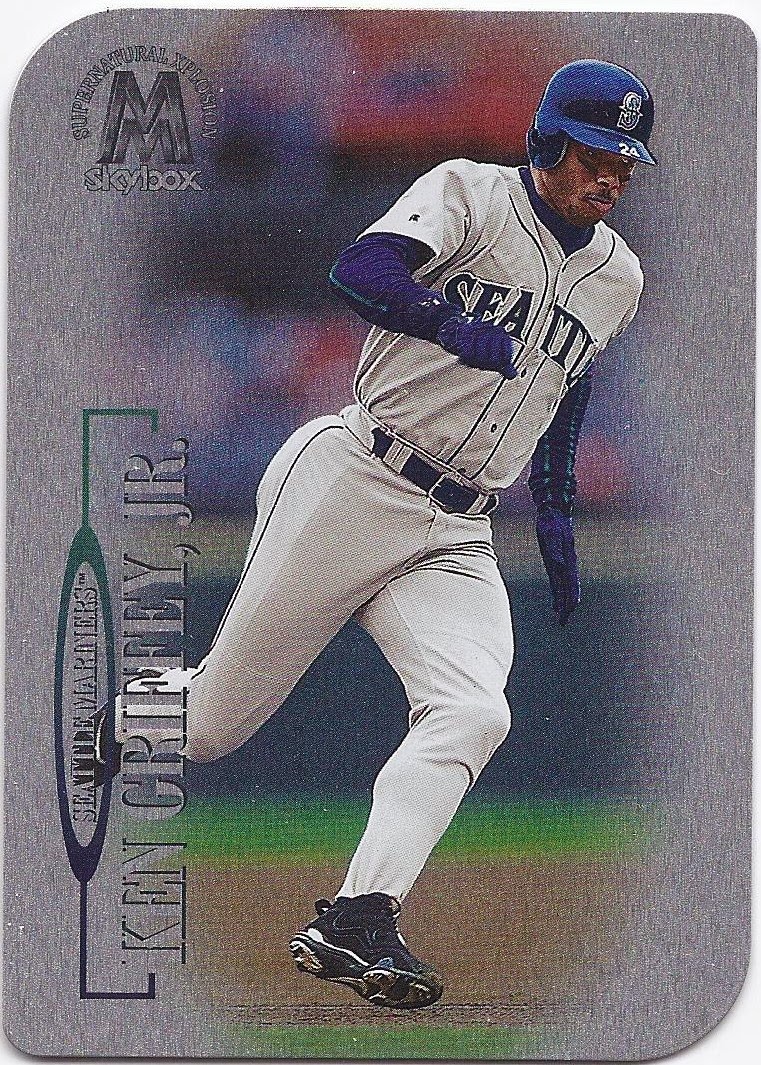 This is one of those Skybox Molten Metal cards with the hilariously bad hip-hop blurb on the back. It's a parallel, too, made entirely of steel. 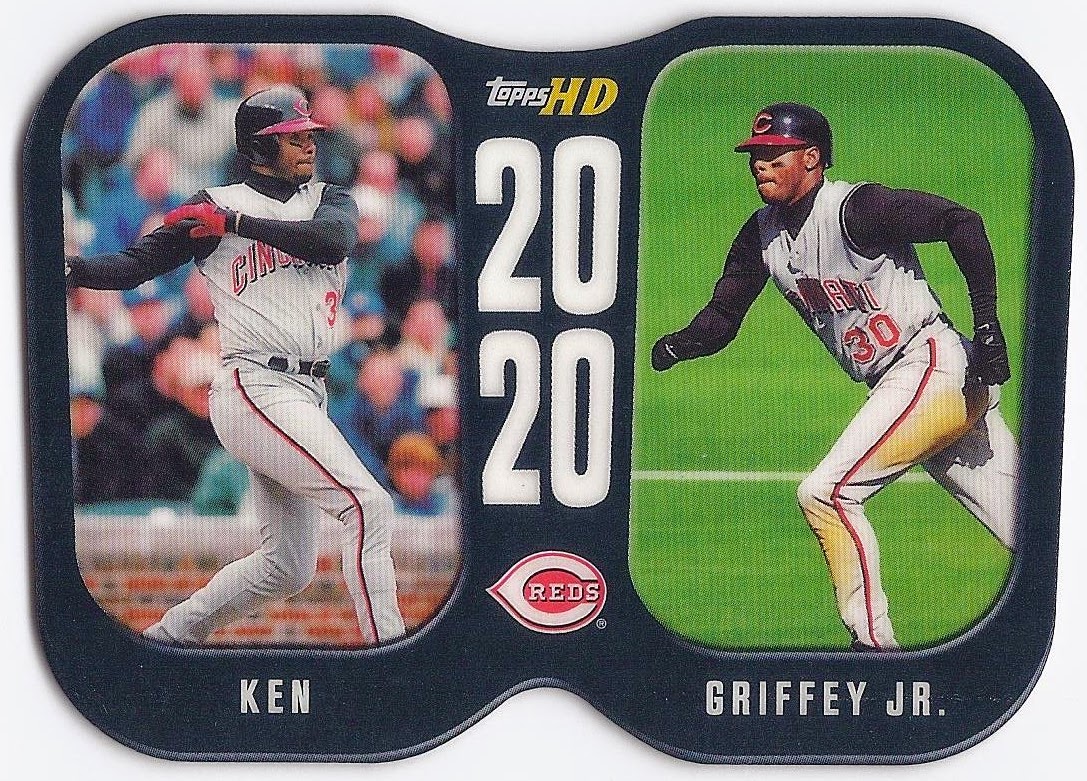 I have very few Topps HD inserts, so here is a fun die-cut one. 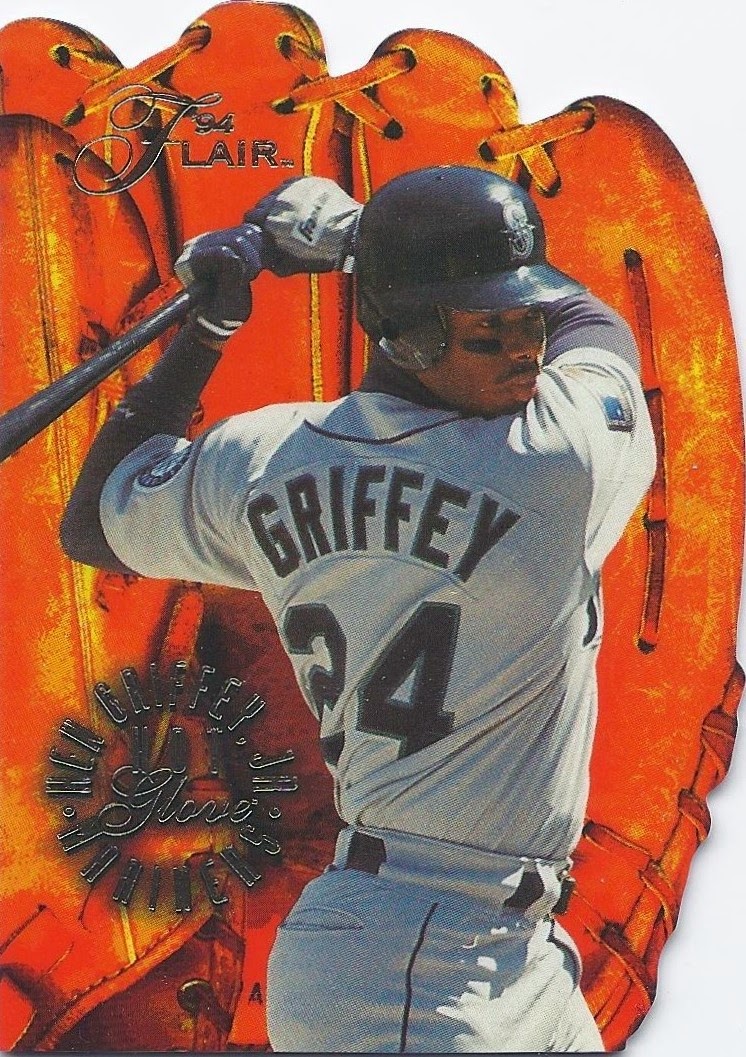 This is one of the great die-cut inserts of the 90's.  It's striking and ahead of its time, for sure, and it's probably the most expensive of the cards I'm showing tonight. 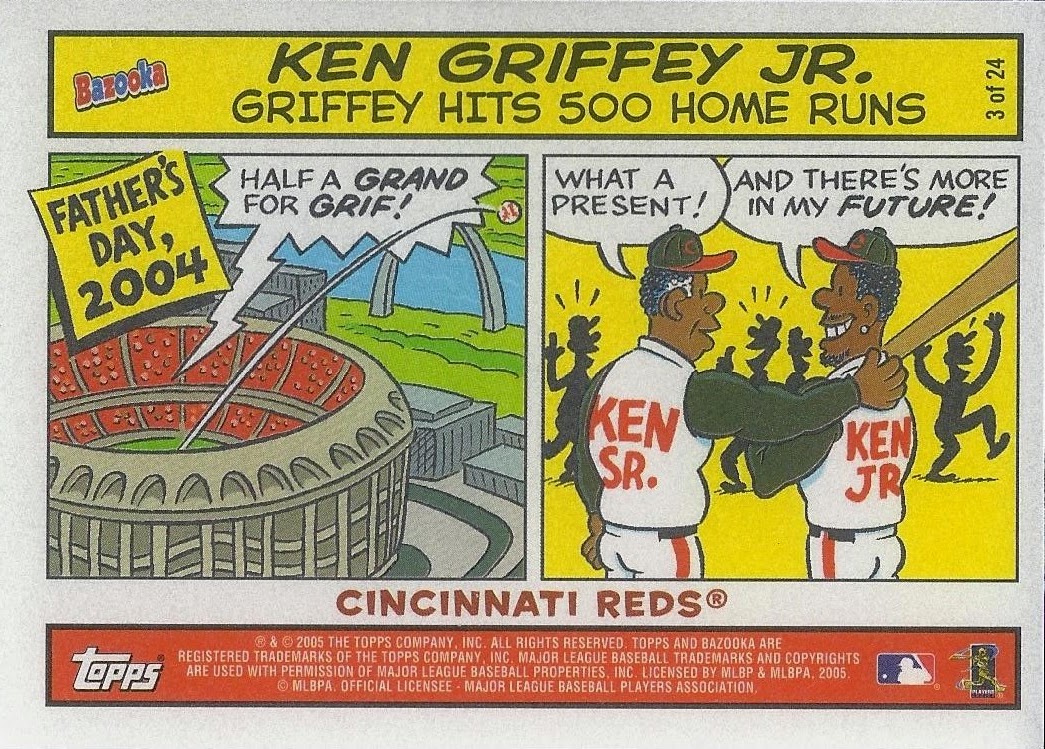 I love comic cards, cards with both Junior and Senior, and cards celebrating Griffey's 500th home run.  This card is the center of that Venn diagram of collectability. 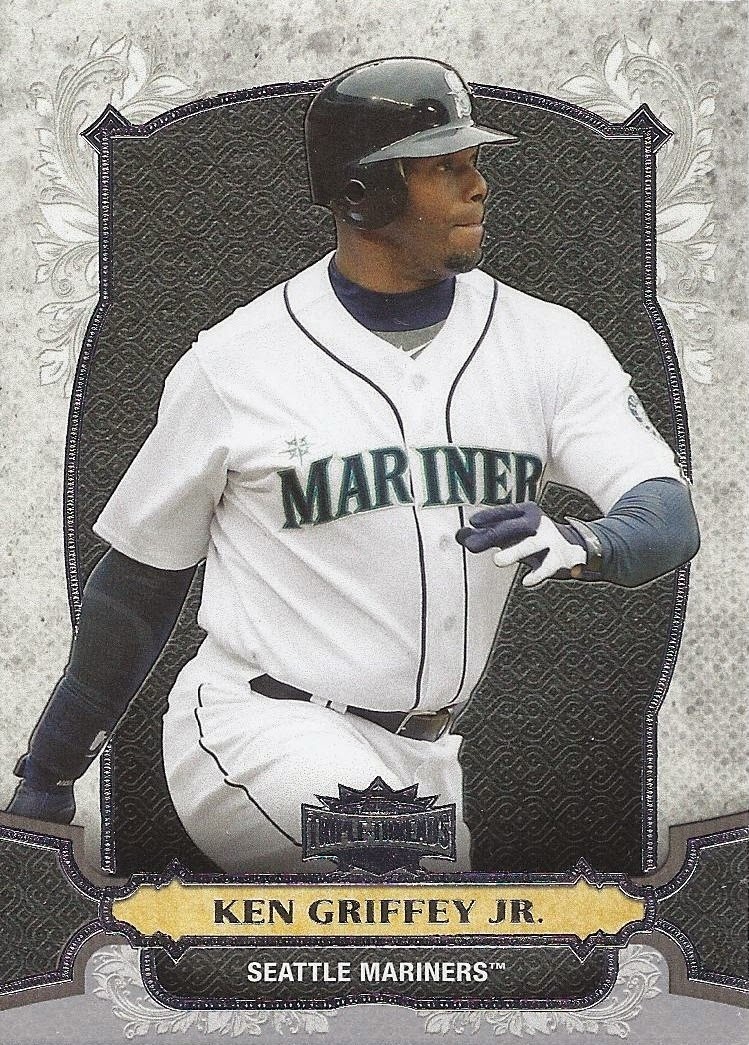 A new base card, this one from 2014 Triple Threads.  This card is way too thick for the binder. 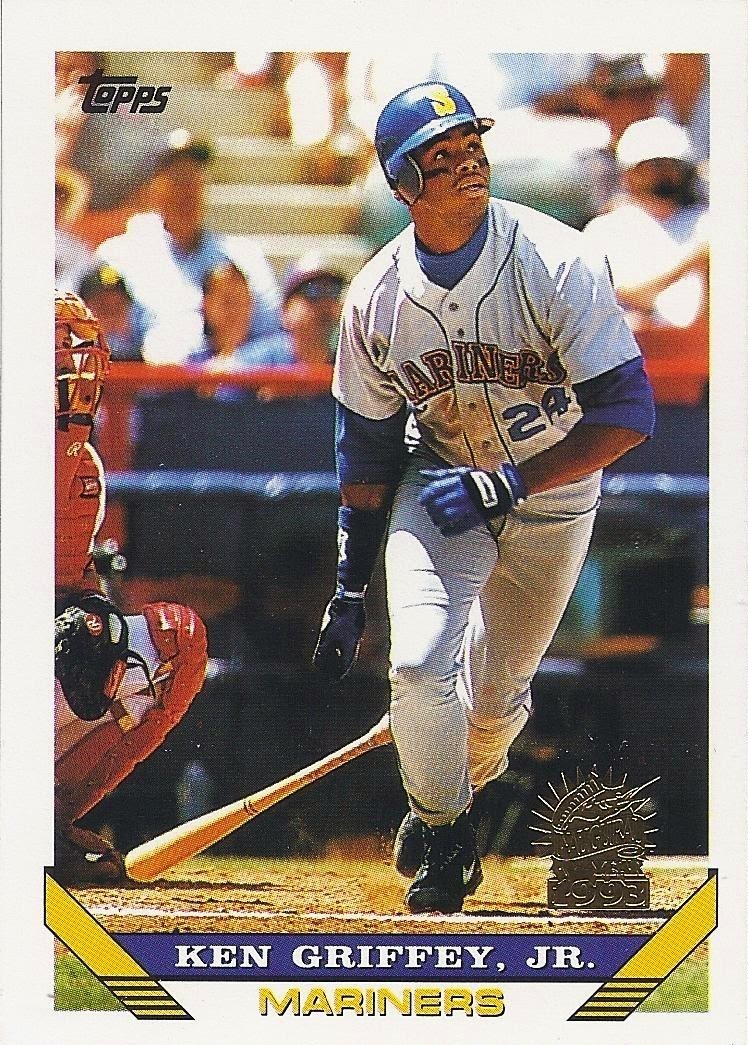 I only just learned about these expansion stamped '93 Topps cards.  Here is the Marlins stamped version.  I have yet to acquire the Rockies version and, of course, all the All-Star cards, too.  This will probably end up being a pretty long-term project as many of them are a bit overpriced.  You hear me, sellers?  You want too much for your cardboard. 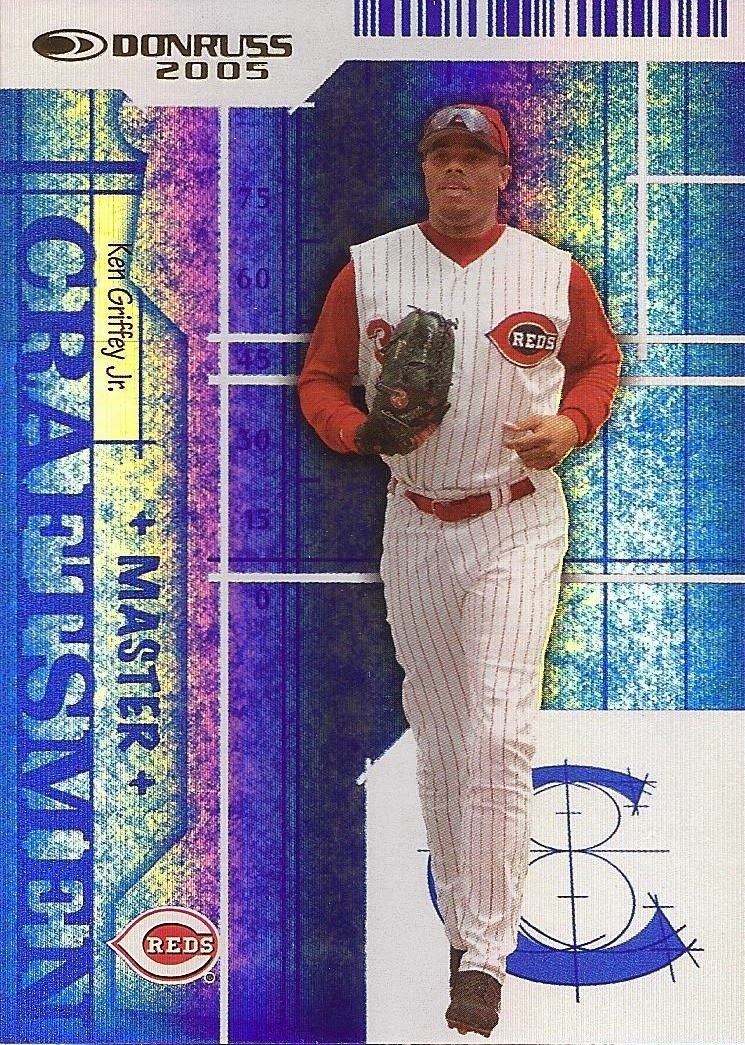 Just a really neat insert from near the end of the Donruss timeline.  It's numbered out of 250, but I landed it for a song thanks to COMC Black Friday. 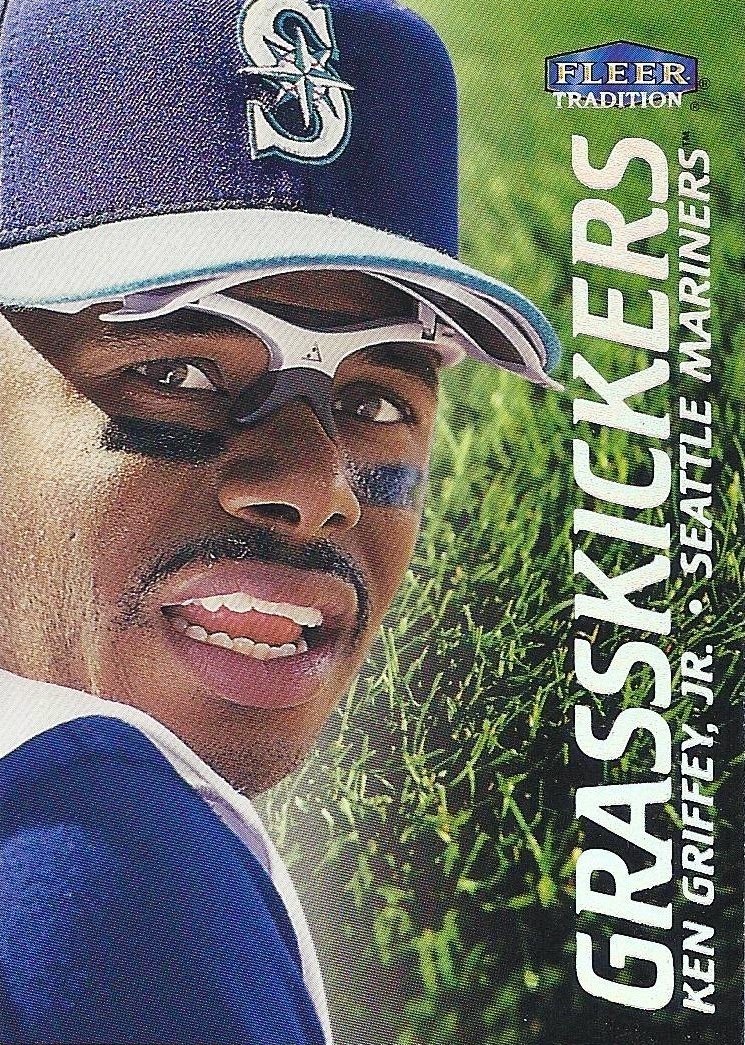 I've been chasing this thing for a while now.  Everybody thinks their 90's inserts are still worth a fortune, so I had to wait out the sellers until one of them came to his senses. 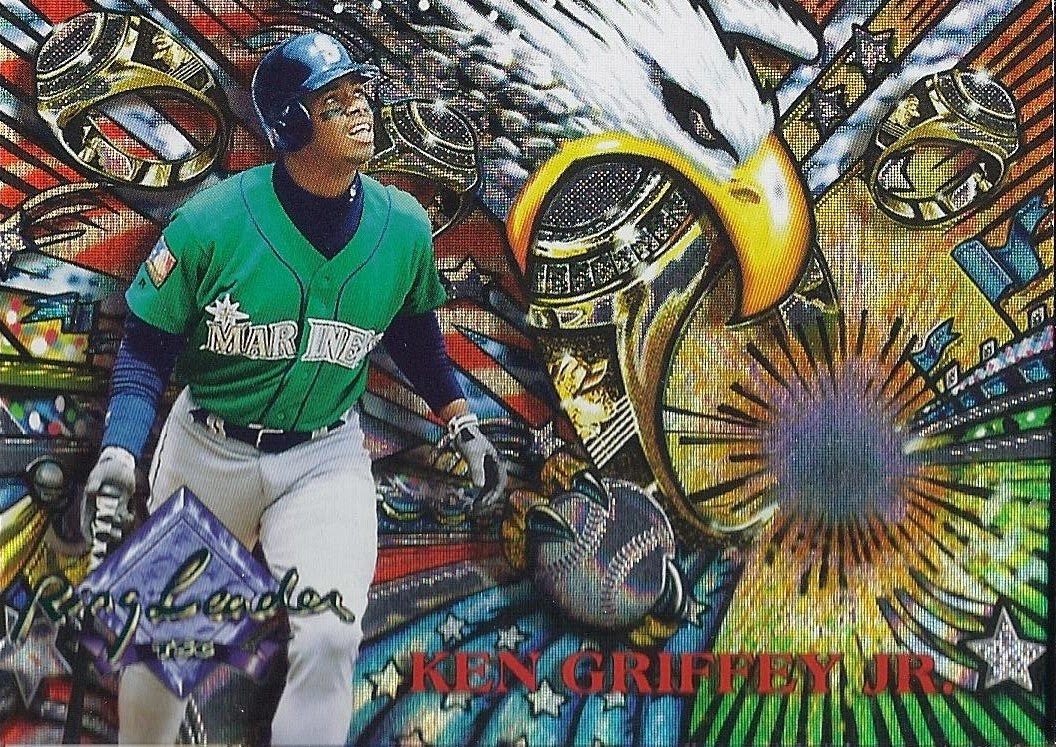 One of the most notorious inserts of the 90's ever, and I finally landed one.  Took me a while for the same reason as the Grasskickers card above. 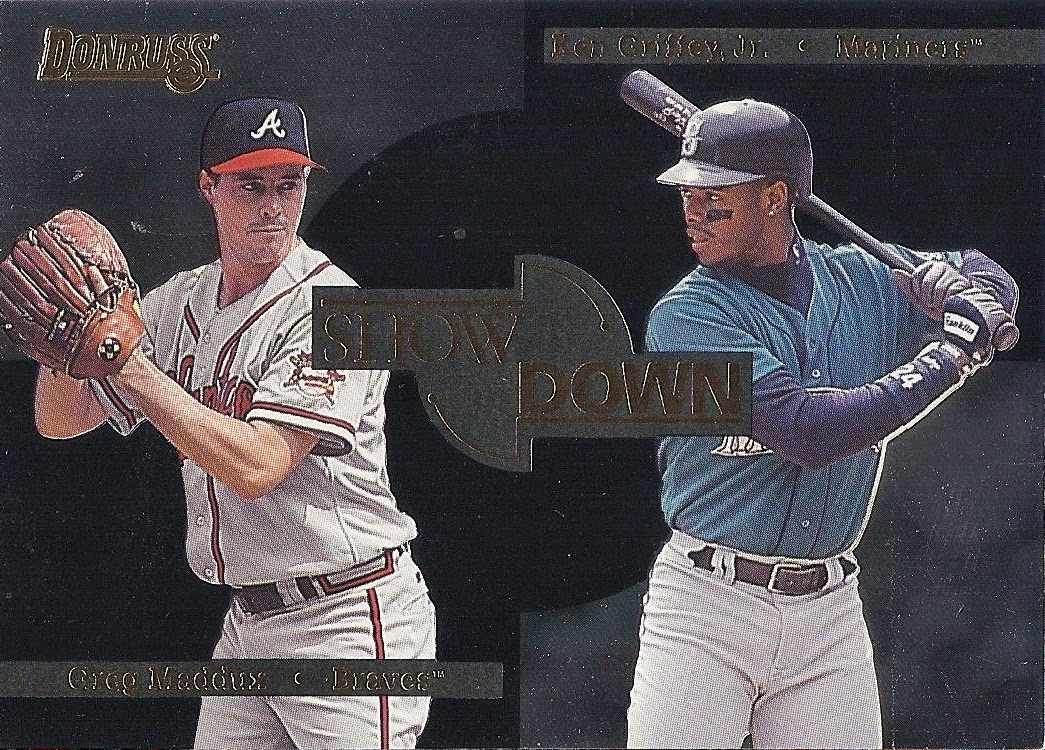 These '95 Donruss Showdown cards are numbered out of 10,000.  I busted numerous packs of this back in the day and landed a couple of them, but none were this amazing Griffey/Maddux combo.  I really love this card. 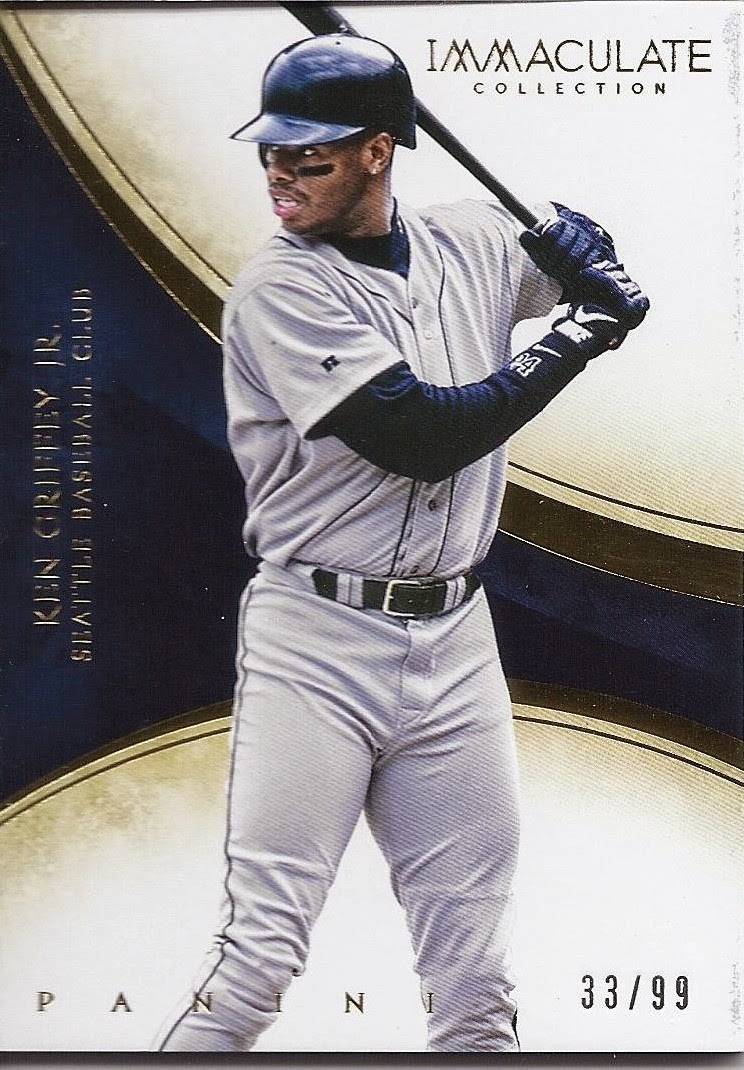 I purposefully did not edit this scan all the way because I want you to see the massive shadow cast by this immensely thick 2014 Panini Immaculate Collection base card.  It casts darkness in a way comparable to the monolith that cast a shadow on a moon of Jupiter to open a portal to another dimension.  It's certainly thickest card I own that doesn't contain a relic/manupatch/tiny little trophy.  The thing is downright absurd.  I'm currently using it to stabilize a rocky table.  A big one.

Okay, so we're going back to baseball cards this week, but there's still time to submit your nerdiest thing for the Nerd Giveaway.  I've had some great entries so far, so make it super nerdy!
Posted by The Junior Junkie at 8:51 PM