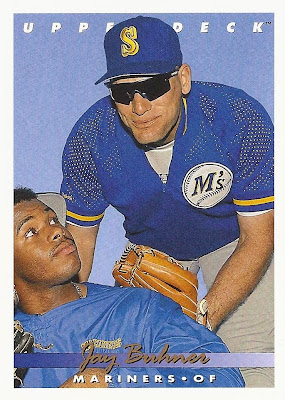 I got a trade package from Bo of the unique and interesting blog Baseball Cards Come to Life. Bo is the author of one of my absolute favorite card posts ever which I highly recommend you check out here. There is also a follow-up post to be found here. 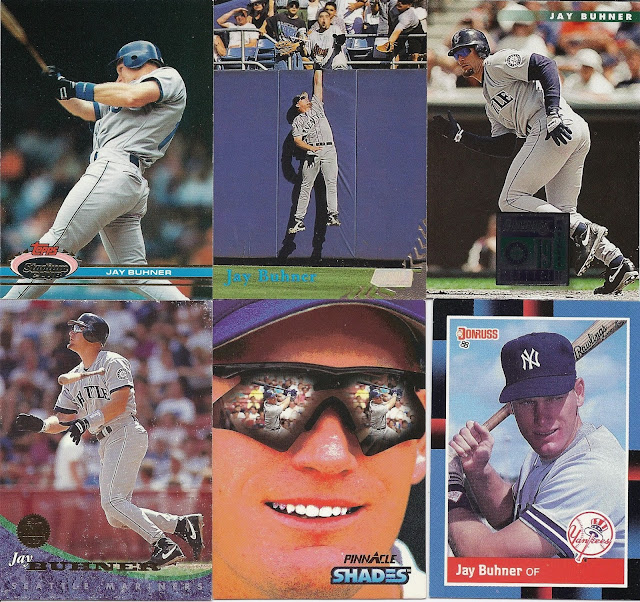 Buhner has a ton of excellent cards out there. I chalk it up to his fun-loving attitude and ultra-photogenic bald head. A lot of clean hips in this lot, which is strange for the usually-tar-stained Jay, but check out the excitable fan in the stands of that Stadium Club card. It takes an awful lot of mugging to out-personality Buhner, and this guy almost pulls it off. 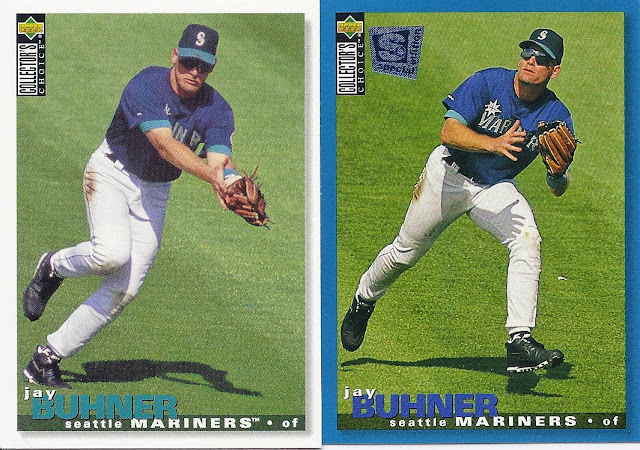 I should have scanned these the other way around. While accidentally after-before, you get the gist of what Upper Deck did here. I've always loved these.

And I've been wondering: what's the opposite of a Tatooine card? An Endor card maybe? A Naboo card? Just curious. 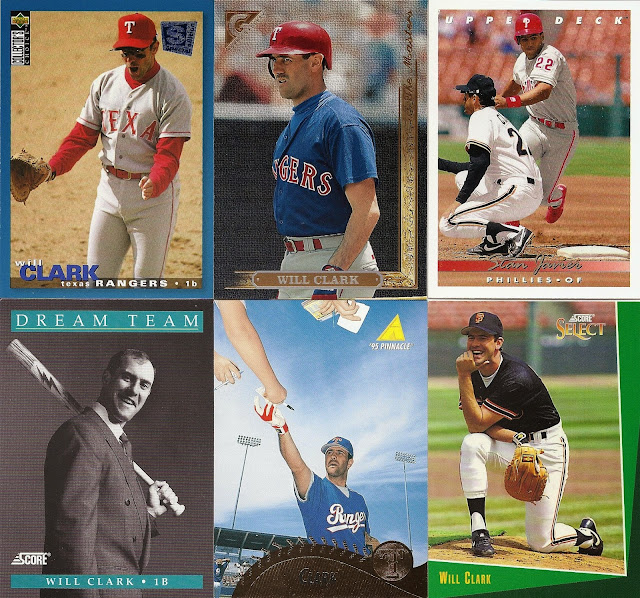 I'm always thrilled to get more Clarks (derp), especially when they're cameos such as that '93 Upper Deck on the right. The autograph shot on the '95 Pinnacle is a favorite, too, along with that Dream Team subset featuring a lighting-covered Wonderboy-esque bat. Oh, and that Collector's Choice job on the top-left is a Tatooine card in case you were wondering what a Tatooine card is. 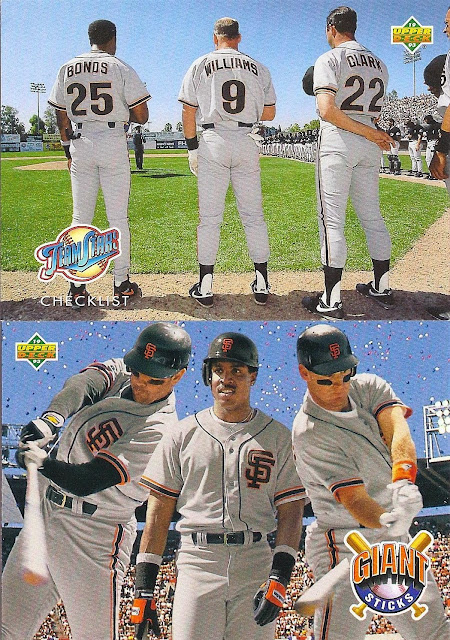 1993 Upper Deck is an excellent set, and for some reason they were so enamored with this trio at San Fransisco that they saw fit to give them two seperate cards together. I'm thinking it has something to do with the fact that UD is based in Southern California, and they're a bunch of Giants fans (sort of like Topps and the Yankees). Still, the product is solid. Can't argue with that. Both these cards are fantastic. 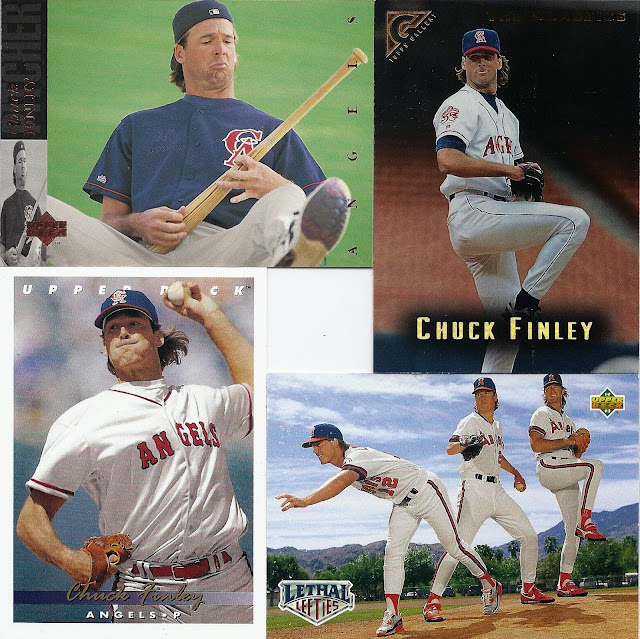 So much '93 Upper Deck in this trade package! That's not a complaint - just an observation. I think Bo broke up a set or possibly busted a box recently. Who doesn't love that guitar shot? 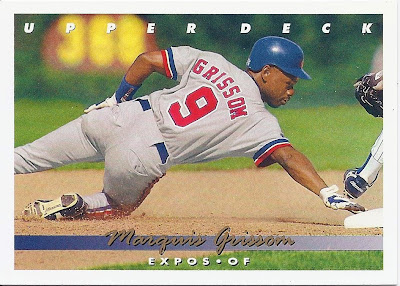 Right before his successful stretch with the Braves. 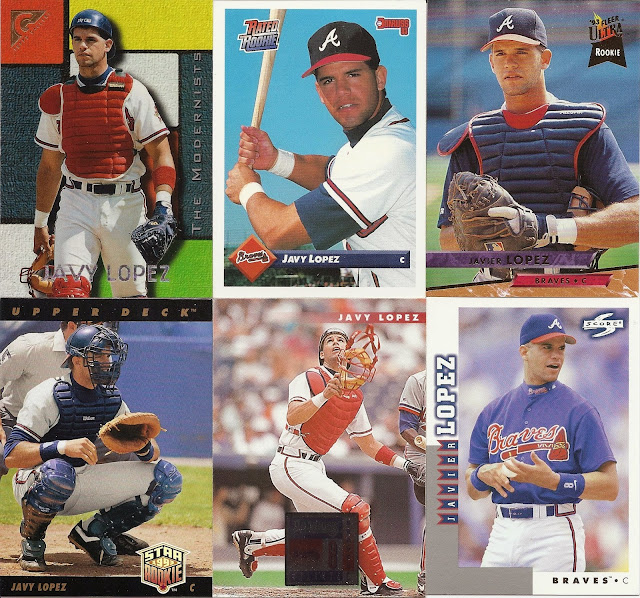 You can take a Javy rookie card and hold it up next to a Javy sunset card, and he looks the exact same. The man doesn't age. Yeah, he probably has significantly bigger biceps on the sunset card (ahem), but from the neck up he's still the kid on that '93 Donruss card.

There were lots of PC needs in this bunch, Bo. Thank you for saving them for me. I look forward to more trades in the future as well as more Wade Boggs Wallet Card posts!

And if you haven't checked out those posts I linked to in the beginning, go now.
Posted by The Junior Junkie at 8:09 AM