I'm not really sure how many of these there are in the world, but I just keep coming across new ones. Here are a few more cards from my Bill Murray collection: 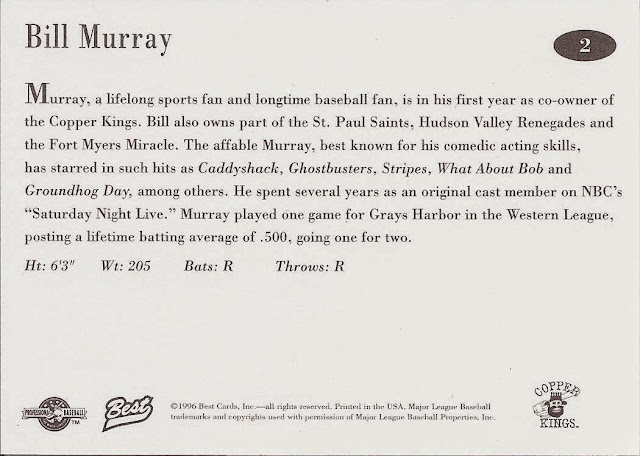 Here's Bill showing is all what black socks with shorts is all about. Like a baller. The card itself lists more films and teams owned than any other Murray card I've come across. 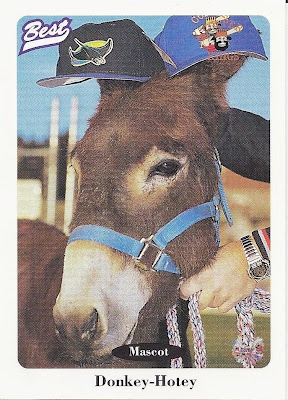 The obligatory mascot card. This one has a great name. I wonder if there is a windmill near the ballpark... 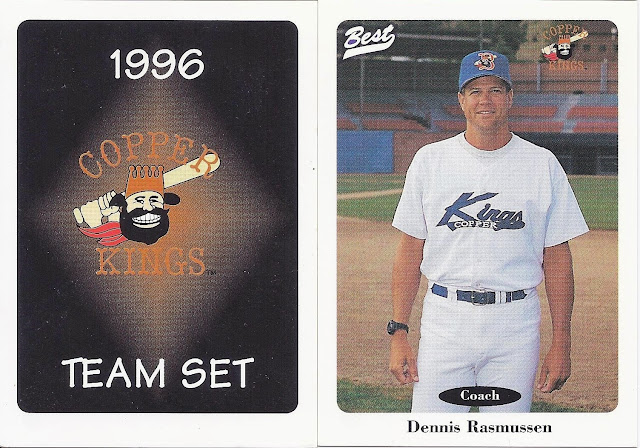 Here's the team logo and a kindly-looking Dennis Rasmussen (who makes a cameo in a whopping two Bill Murray-owned team sets). 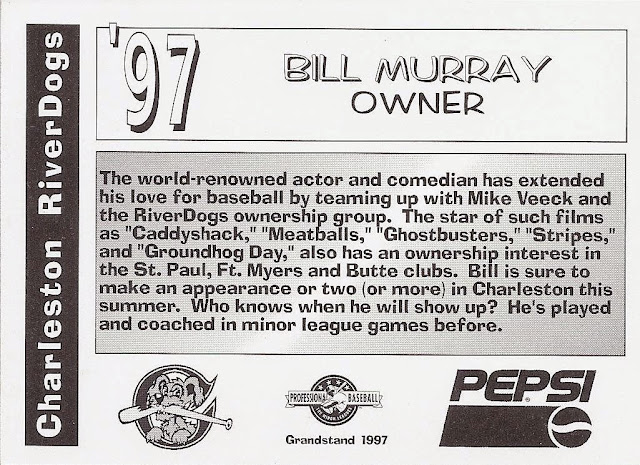 And here's Bill probably throwing his arm out at the mound. Looks like Grandstand took a cue on verbiage from Best. Lucky for the fans in Charleston, Bill has continued to make appearances there even into 2015 (as you will see). 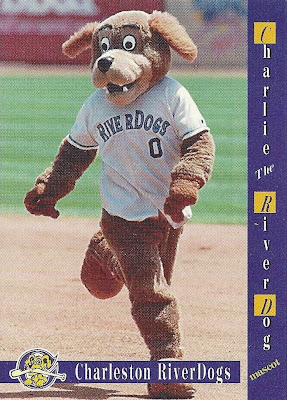 Yeah, I love showing mascot cards. Don't act surprised - you knew what this was... 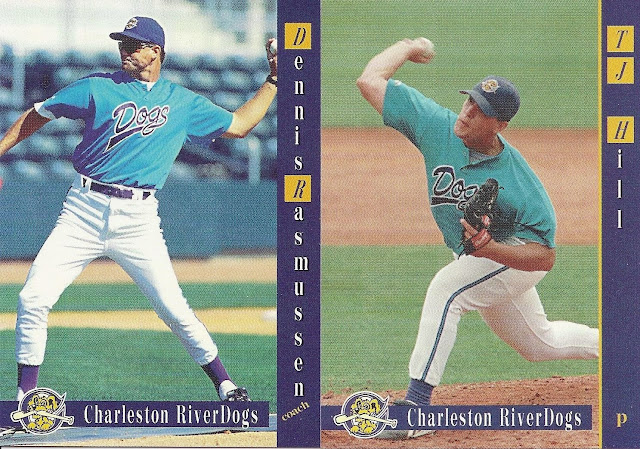 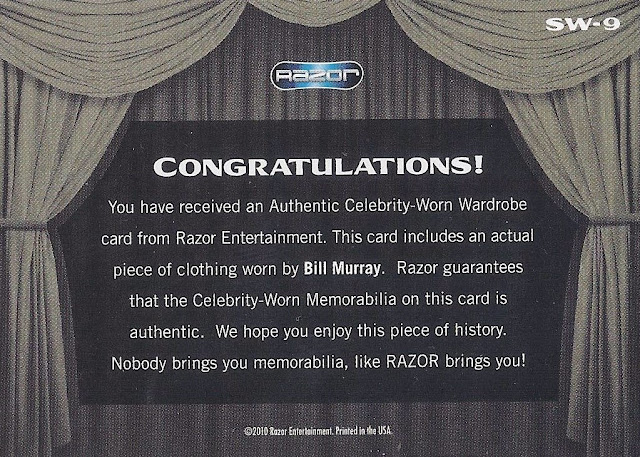 Okay, not a baseball card, but it's Bill Murray cardboard. That's good enough for me. This looks like pants or sport coat, and it is by far the thickest of my Bill Murray cards. It was also the cheapest if you can believe that...


Somebody alert The Prowling Cat! Bill Murray is on a pocket schedule. Again, not a baseball card, but it certainly has a place in the collection. Check out the back: 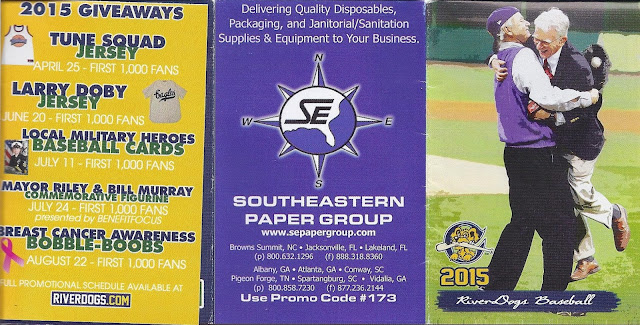 Larry Doby Jersey Day?? Somebody please go snag me one of those!!!

That's everything...for now. Who knows how many more are out there? Really, that's not rhetorical - I'm asking. How many more are there? Somebody tell me!!
Posted by The Junior Junkie at 9:00 AM