Such a nice name. 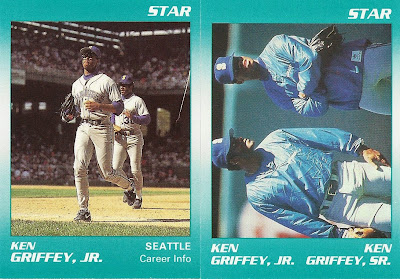 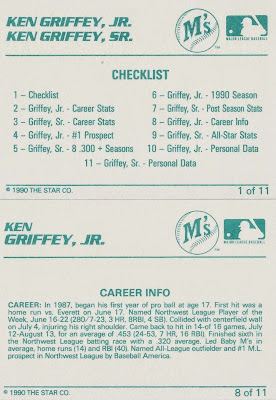 I get a lot of guff for my taste in cardboard. I’m a big proponent of unpopular issues like 1992 and 2015 Donruss as well as the almost universally panned 1995 Fleer. While I do get why people hate these sets so much, I try to focus on their positive attributes. ’92 Donruss has solid photography and an innovative card back, ’15 Donruss has some great inserts, and ’95 Fleer….well, even I can’t explain that one. Anyway, one result of my cardboard optimism is that I don’t “hate on” all that much cardboard.

That being said, Star is just the worst. 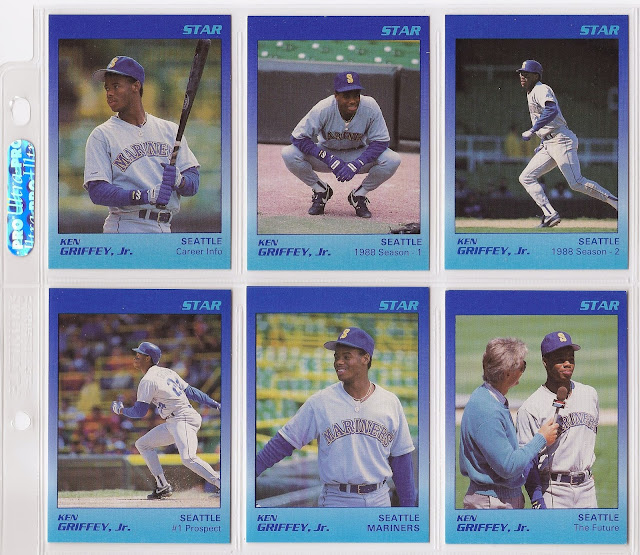 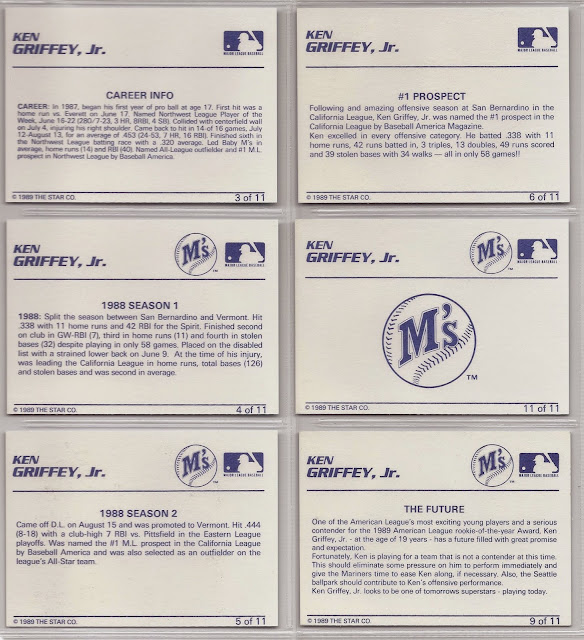 Star is ugly. It’s also boring. I've never been able to find a redeeming quality to them outside of the sometimes-okay photography (I struggled with a proper way to describe Star’s photography while using “sometimes-okay” as a placeholder for the ideal adjective until I eventually realized that “sometimes-okay” pretty much nails it). You could argue the fact that oddballs are neat simply for the fact that they’re oddballs, but Star is not oddball enough to accomplish said neatness. If there is another dimension to these things that I’m missing, please fill me in. 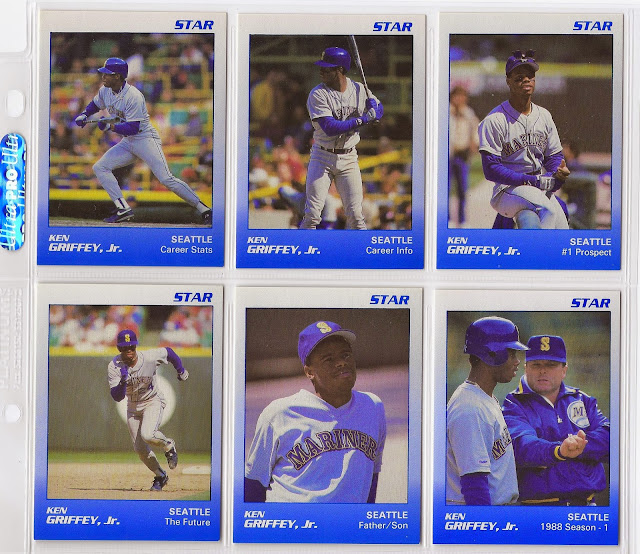 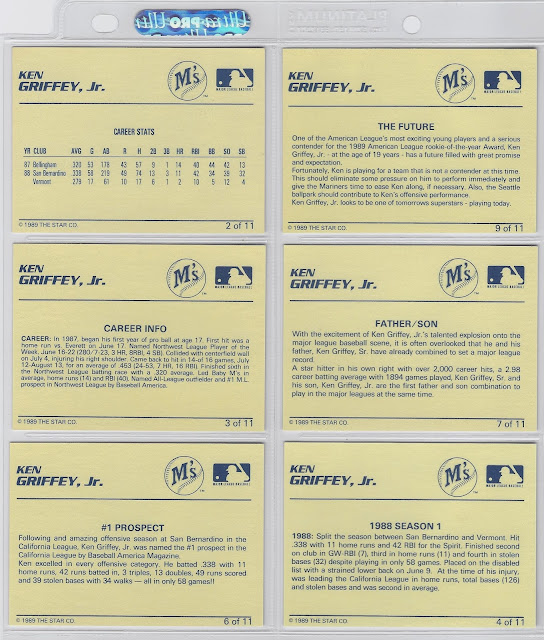 No packs, no base sets, just a plethora of small, allegedly-limited 10 and 11-card sets (by the way, 11?). It’s always the same ugly font and ridiculous colors with no rhyme or reason to the brand as a whole. Then on top of that sometimes the photo used is oriented horizontally. This looks just ridiculous. 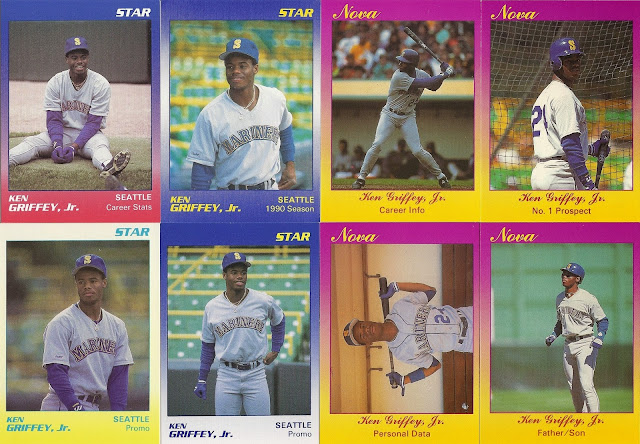 The pricing seems random and arbitrary as do the different brand names. Sometimes they say Platinum, Diamond, Millennium, or Nova, but they’re all the same crap. And there are dozens of different sets and colorways. Why are there so many?? Is there anyone out there who doesn't see the massive quantities of different Star sets as an obvious and shameless money grab? I just want to punch this stupid set in the butt super hard. 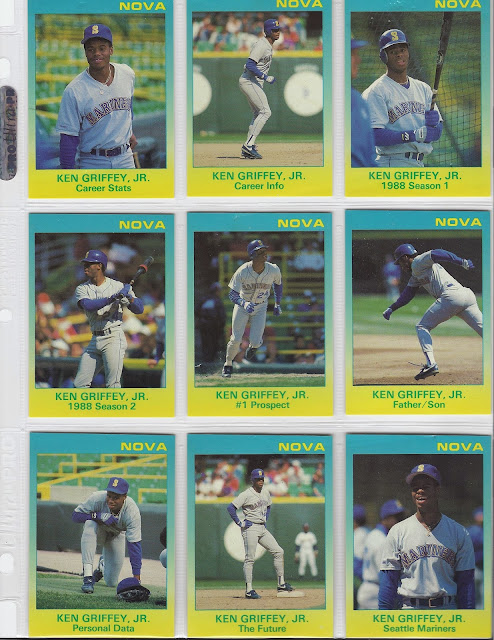 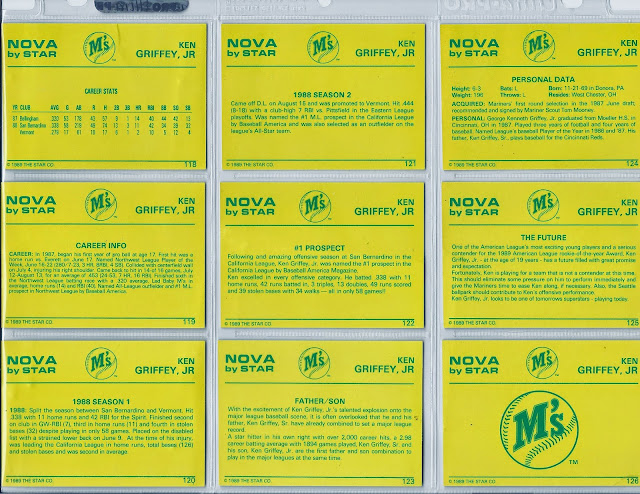 Collecting Star is not fun. On the contrary it is very much a chore. What I really want is for someone to knock on my door offering to sell me every Griffey Star card for one flat price so I don’t have to deal with the task of collecting them. Then I can stick them in a box somewhere and forget about them. And when I’m dead and rotting in my grave said box can be tossed into a landfill by my next of kin only to be unearthed years later by the scavengers of a post-apocalyptic futurescape after the failure of world systems theory comes to fruition. Then those scavengers can toss them on a communal fire to warm, if only for a moment, their doomed, cancer-ridden babies born into this radioactive wasteland only to spend a handful of years crying and choking in an Earth-shaped burning plastic pit of despair.

Star sucks ass.
Posted by The Junior Junkie at 10:50 PM