It’s rare that I start new collections. I don’t want to complicate my sorting/storing of cards any further, nor do I want to compromise my identity as a Griffey collector. However, there are some cards I find myself setting aside without an official designation as a collection, so it’s high time I made a few of these official.

First up, I am excited to introduce four new additions to my set-building efforts, a huge addition for me. Most of you know I’m not an avid set-builder, but as it gets harder and harder to add new Griffeys I find myself more and more drawn to it as a collecting outlet. Here they are:

1981 Donruss – This year’s Panini set has an insert that reminded me how much I like the ‘81 design. Then I came across a bunch of originals while team sorting and they just charmed the ever-living daylights out of me (whatever that means). So yeah. I’m on board.

1982 Donruss – Same reason as above, really. I just find it really charming and fun. 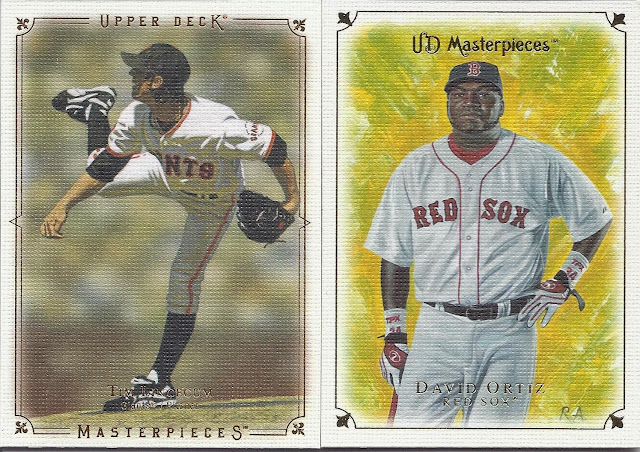 2007 & 2008 UD Masterpiece – I love these cards, and the tiny 90-card checklists should make this build less strenuous than, say, the behemoth that 1992 Donruss has been. I’m starting with whatever I have laying around - a true ground-up set build - and I will be building using only luck and love – no money. Luck meaning I happen across cards in LCS mystery boxes or repack cubes, love meaning packages and PWE’s from other bloggers and traders. That’s it. I will not be shelling out any cash on COMC or the ‘bay. Where’s the fun in that?

My want lists for these sets can be found here.

That’s it for new set builds, but there are a few more I’m on the fence about. These are ’83 & ’84 Donruss and ’81 Fleer. Seeing a pattern? I’ve been loving on those early-80’s sets pretty hard lately. This is not an official announcement for these other sets, but if I happen across a bunch of commons for cheap at a card show or find a trove in an LCS mystery longbox, I may have to pull the trigger.

Or maybe I should quit before I start trying to build every set.

In addition to these new set builds, I’m also adding a couple of PC’s to the mix: 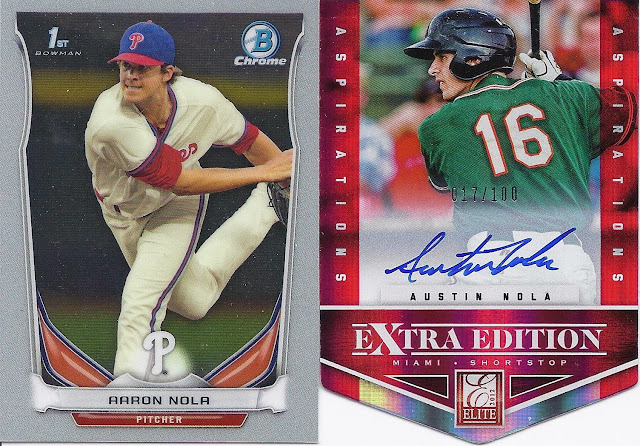 The Nolas – Austin and his younger brother Aaron were stars at LSU and not just for their providential surname. These guys are good, Austin from the plate and Aaron from the mound. I’m excited to see what they do in the Majors. 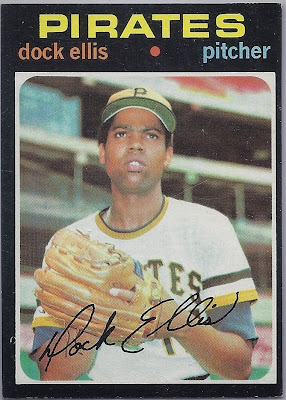 Dock Ellis – Yeah, he’s that guy who did the thing. On the stuff. You know. 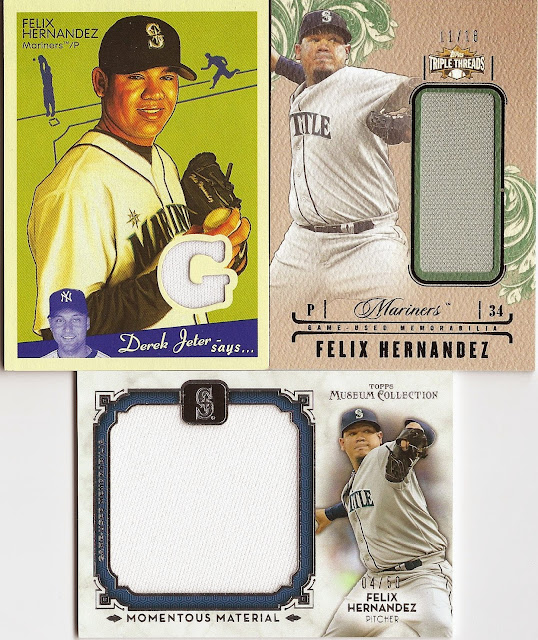 Felix Hernandez (hits only) – Might as well make it official. For some time now I’ve been building a collection of King Felix hits, picking them off one-by-one via COMC and eBay plus a lot of help from my fellow bloggers. He seems perpetually undervalued to me. I’m not collecting base cards for Felix at this time, but I will make an exception for his rookies which I’ve been unable to land thus far. 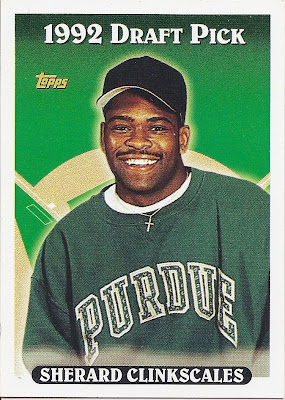 Sherard Clinkscales – MS Word hates this guy’s name, but I’m kind of obsessed with it. I've built quite the collection of his cards, too. I’m…compelled.

Have lists for my new PC's are forthcoming and will be posted here when ready.

Thanks for reading.
Posted by The Junior Junkie at 2:02 PM