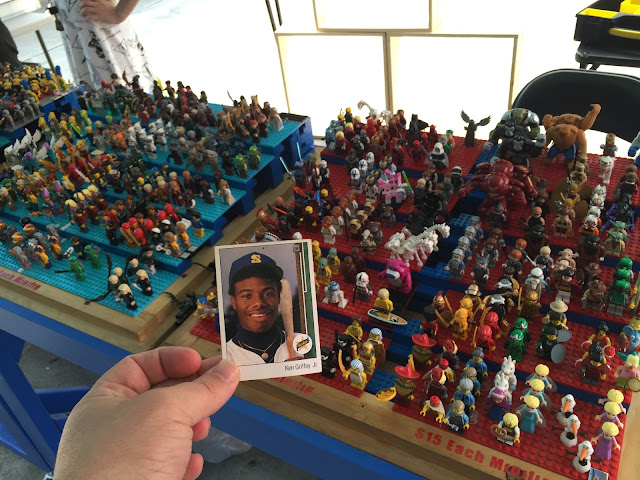 There's a girl in the French Quarter who sells nothing but Lego minifigs; and in addition to having an extremely impressive selection of figures, she's also pretty cute. 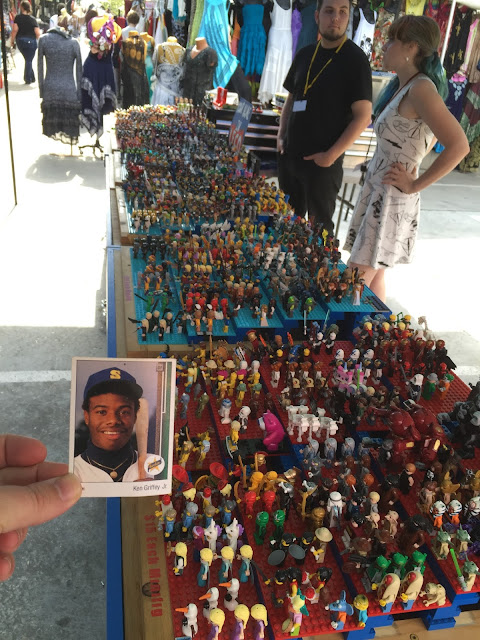 I feel like the very meaningful conversation she and I would have had about Legos was being prevented by that guy in the black t-shirt. Someone preventing someone else from having a good Lego conversation with a third person is called "block-blocking." He block-blocked me. 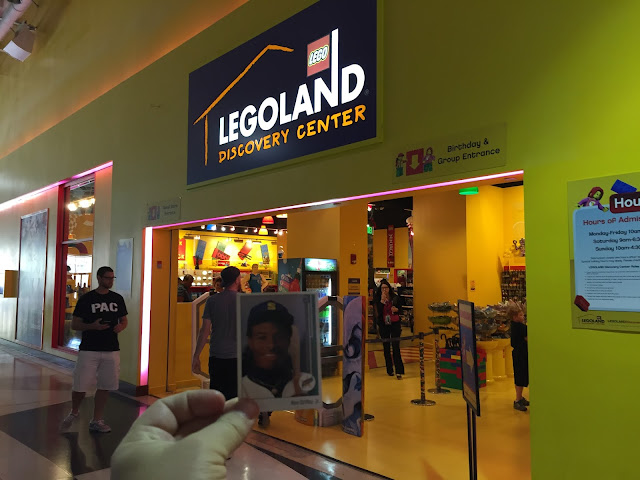 This photo was taken in Dallas, TX at some big mall there. This business, called "Legoland Discovery Center," probably should have been called "Lego Store." because that's what it was. I should mention, though, that while it did not have as big a selection as the Lego section of the Toys 'R' Us in Times Square, it does have a significantly bigger selection than the Lego Store at Rockefeller Center. 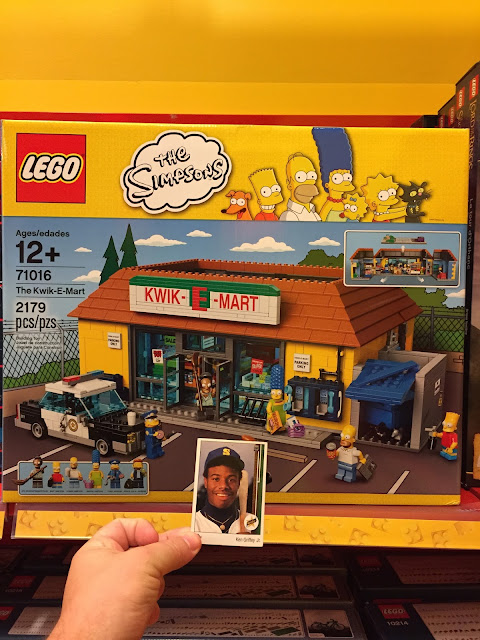 Sadly, I just don't have the space for this.
Posted by The Junior Junkie at 8:30 AM