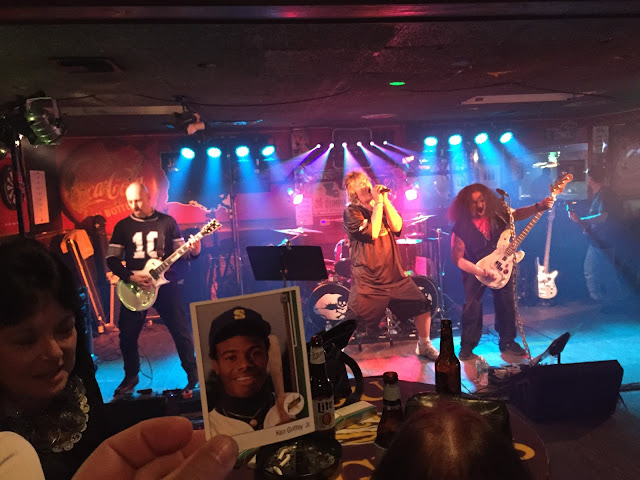 We were sitting in a dive bar in Luling, La called The Pit Stop with a few people following an engagement party (sticking out like sore thumbs due to out semi-formal attire) when we learned that a Metallica cover band was getting ready to perform. Everyone in our group seemed saddened by this fact except for me. I was pumped. I'm a white man aged 30-45 which means I like Metallica. Not all of it, but enough that getting to see a cover band by accident was serendipitous for me.

I used every ounce of my influence in the group to postpone the inevitable change of venue to a friend's house because I just had to hear these guys first. And you know what? They were freakin' awesome. I knew I had made a good call when they opened with "Hit the Lights," off the album Kill 'Em All, a personal favorite. They nailed it, too, even the super-hard-sounding guitar parts.

As we left I wondered if they were going to play "One" off of "And Justice for All." I hope they didn't. I'd kick myself for missing it.
Posted by The Junior Junkie at 8:30 AM