We Need to Talk About Kevin: a Trade Post 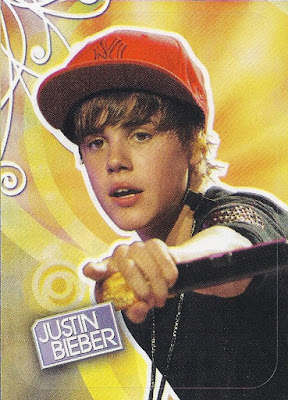 I can only dream of having a trademark as goofily recognizable as the myriad Bieber cards and stickers that have been coming out of France for the past few months. There's no mistaking what you're going to see when the Beeb's genetically-engineered hair helmet graces the top photo of a post: a bunch of cards from Kevin Lecath....Lecathe....Papoy. Kevin Papoy. 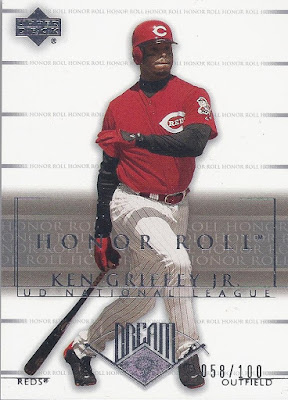 Kevin collects Griffey cards, so it means a lot that he would send me this silver parallel from 2002 Upper Deck Honor Roll. There are only 100 of this guy floating around, and the differences from the regular base card are very slight.


The regular card foil is kind of a pewter color where the parallel is silver, but the most obvious difference is the use of blue accent in the regular card. There is also a gold version out there that is #/25 that I assume uses gold in the same way the regular base card uses blue. Someday... 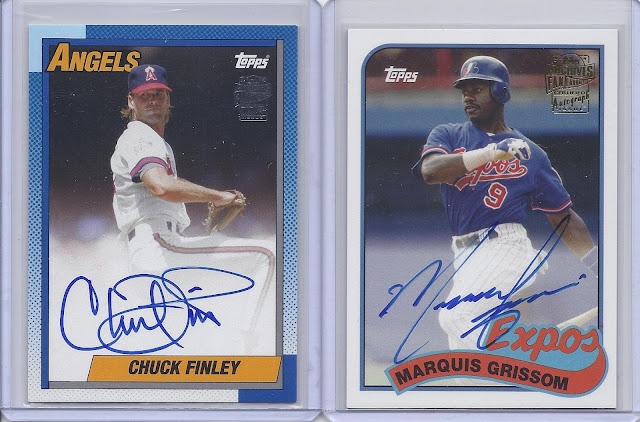 I'm flattered by all the Marquis Grissom love I've been getting since adding him as a PC. I was also very excited when I heard he would be appearing in 2015 Archives as a Fan Favorite. With all the Braves collectors out there I think his card would be more popular were he in an Atlanta uniform, but I love this card all the same. The '89 Topps design is a childhood favorite of mine. And there's no denying that both he and Mr. Finley here have some great-looking signatures. Quelle bonne surprise! 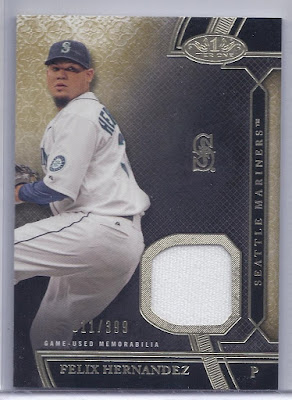 I'm amazed at how many King Felix relics Kevin seems to get. I think this is the third trade package in a row he's sent that had one, and they're all numbered and from super high-end sets. Where are you getting these, sir? WHERE?

Kevin, like me, is a 90's guy; and his taste in 90's parallels is...well, unparalleled. These are three of the toughest-to-land parallels from 1995: we have an Upper Deck Electric Diamond Gold, a Stadium Club 1st Day Issue, and a Pinnacle Artist's Proof. These are not dime box parallels, my friends. They are PC gems. 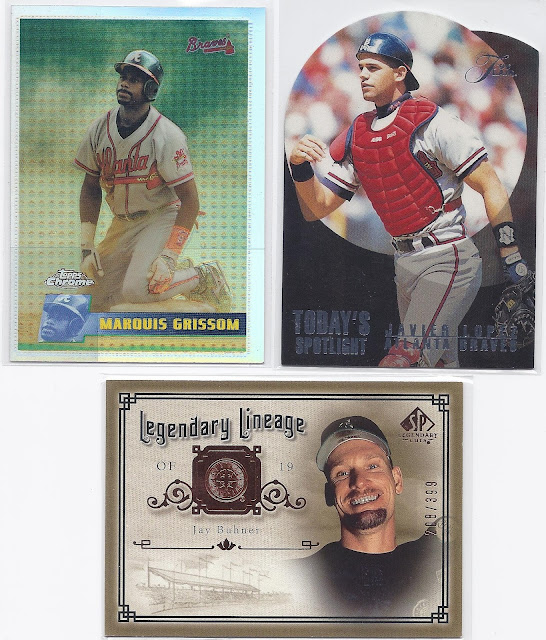 On top of that was a refractor from the first year of Topps Chrome showing one of my favorite shots of Marquis Grissom looking kinda pissed. The man was known for his speed, but did he just get called out at second? Check out the cloud of dirt in the background - you know there must have been some serious sliding going on just a second before this was snapped. I have to believe he was safe here and just looks like that.

That Javy is a great example of early die-cutting and from fancy-pants Flair, no less. I've never owned one of these. And below that is a great-looking, numbered beast of Jay Buhner being his congenial self. I need to go bar-hopping with that guy before I die. When I do, I'll bring this card and a sharpie. The space below his name is begging for some ink. 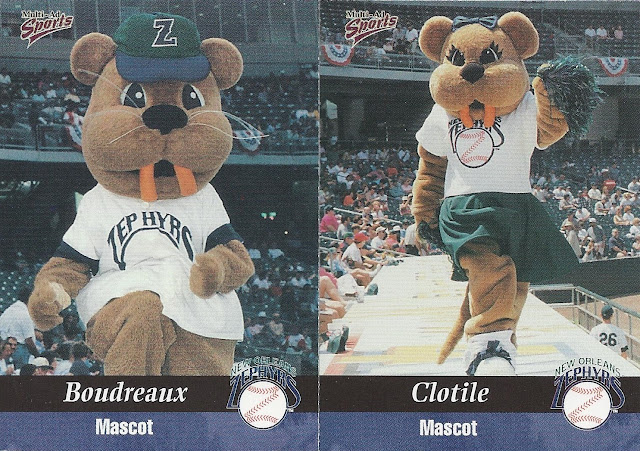 Now honestly, Kev. How on Earth did these end up in France? This was not by chance. Somebody's been doing some personal shopping, am I right? Well done. I absolutely love 'em. I'm pretty certain they're going to end up in top loaders stored with my very best cardboard.

I'm happy to report that in my most recent trade package, I did not need to check the spelling before writing your real last name. I think we're approaching a level of familiarity that can be appropriately classified as "Bieber Buddies." Thanks a ton, Bieber Buddy! 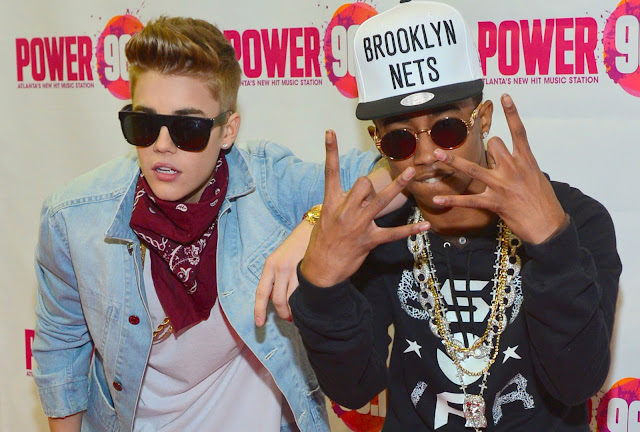