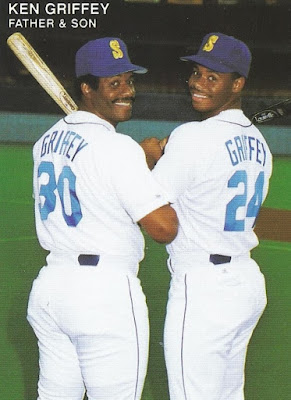 25 years ago today the Griffeys put all the world's great father-son memories to shame.

It was pretty cool that Junior followed in his Dad's footsteps by playing in the Major Leagues. It was remarkable that for a time they were both playing at the same time. It was astounding that they ended up active on the same team and positively bonkers that they were back-to-back in the lineup. What happened next was nothing short of a dream come true for these two. 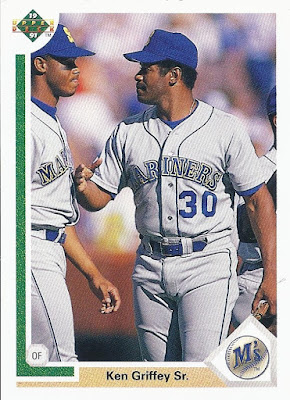 What are the odds of something like that ever happening again? It's rare enough that a son follow his father into the majors let alone that they play at the same time. But on the same team? And back-to-back in the lineup? And double dingers? I can't imagine this ever happening again. I find it hard to believe it happened in the first place. 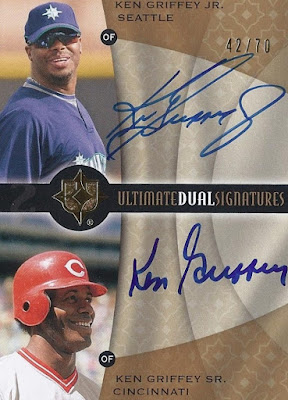 Congratulations, guys, on one of the greatest moments in baseball sports history
Posted by The Junior Junkie at 8:46 PM