The Bo Box Comes to Life: a Trade Post

Bo, blogger, collector, and fellow Wallet Card enthusiast, sent me a jaw-dropping box of '89 Donruss and other goodies that rivals the biggest trade packages I've ever received. Really, it was just too much to try and make scans. I had to take pictures:


This box was a monster. As you can see the bulk of the cardboard was '89 Donruss, a set I am perpetually building. I'm not even sure how many sets I have at this point, but I can tell you that there was at least one full factory set in this box (really - a pristine factory set) as well as the better part of at least two more sets. 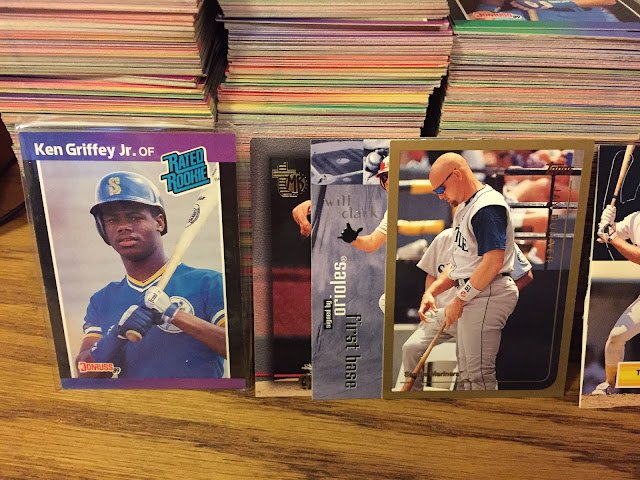 Now, there are two cards in particular that always seem to be missing when I get loose '89 Donruss base cards: #33 (the Griffey rookie) and #154 (Nolan Ryan). I even have a few sets that are exactly those two cards short of completeness. I was delighted to find both in this box. And some PC needs as well.


I also found a bunch of lesser-known '89 Donruss cards including The Rookies, Traded, Grand Slammers, All-Star Pop-Ups, and a few Warren Spahn puzzle pieces. I have The Rookies set and the puzzles I'm way into, but I've spent little to no time on those other small sets. This box got my '89 Donruss-collecting butt in gear. 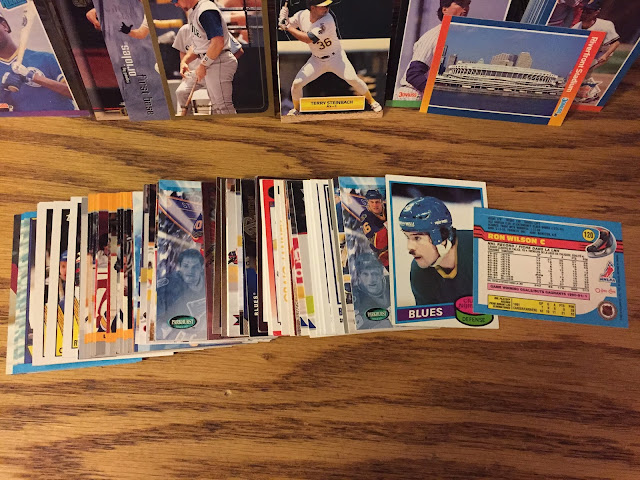 I'm not a big hockey guy, but I have a big soft spot for the St. Louis Blues. Their cards are pretty much the only way I can connect with the team with the near-total lack of televised hockey in NOLA. There were some real gems in there. 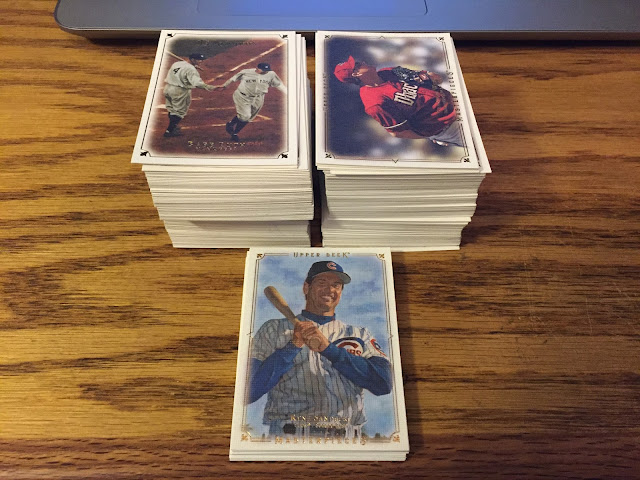 Finally, Bo included in this box complete sets of 2007 and 2008 UD Masterpiece with a few SP's. I only recently decided to collect these sets, and Bo put the serious smack down on my want list in one single swoop. Amazing. I only have a handful of straggler SP's left to chase and they will be finished for good.

This box provided hours and hours of sorting fun. It also made this picture possible: 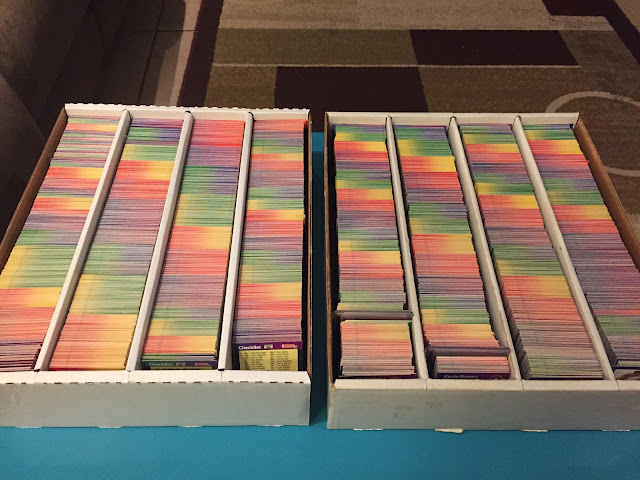 This is all my loose (not already in a complete set) '89 Donruss and all the '89 Donruss from the Bo box merged and sorted. It took roughly 10 hours during which I binge-watched the first season of Community (which I'd never seen). Check out the strobing rainbow pattern. Have you ever seen so much bloody '89 Donruss??

Thanks a ton, Bo! And keep the great Wallet Card photos coming!
Posted by The Junior Junkie at 1:00 PM