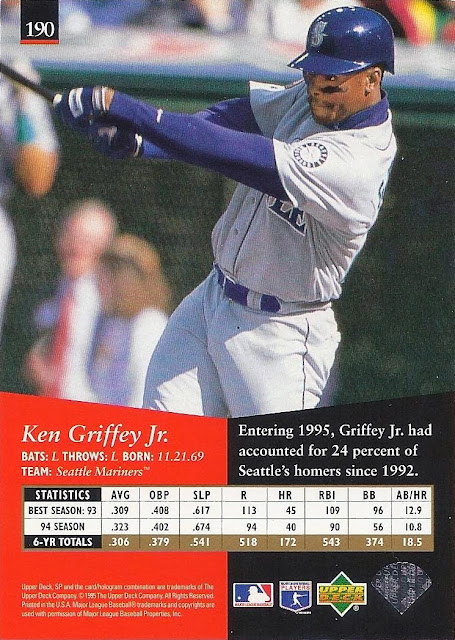 Is this a good Griffey card? Yes.  It's hard not to love early SP.  Cool, modern, great photography - groundbreaking stuff.

The set: This is the 3rd year of Upper Deck’s premium SP brand which was the spearhead of the company’s forward-thinking design philosophy.  This year’s base card design sported even more of that unique modern design that we were so used to at this point.  This year we see plenty of angular shapes made up of etched foil trimmed in gold.  These pants are mighty fancy.

While in the previous year, the parallel was a simple die-cut in the classic arch shape that Upper Deck gave us, this year we got a flashy refractive foil in the sidebar called SuperbaFoil.  Sadly it was never heard from again.  It must have been the clunky name because the foil looks fantastic.

Upper Deck didn’t skimp on the photo quality, either.  Here’s one of my favorite cards from that set:

’95 SP also featured the die-cut Platinum Power insert as well as a rehashing of the Special F/X insert that was such a big hit the previous year. 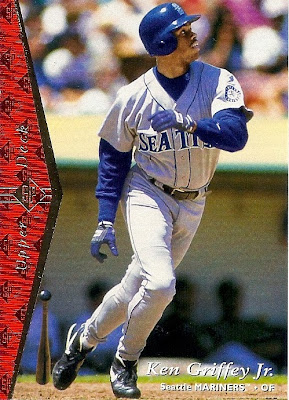 This is a great shot of Junior pausing to watch a ball soar before beginning his home run trot.  The look on his face makes this card - he even looks a little amazed at his own mad ball-striking skills. 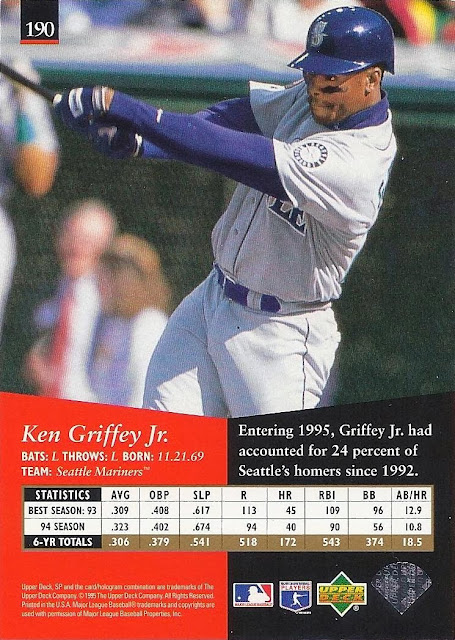 While not terribly rare, the SuperbaFoil parallel gets the JJ seal of approval.  It looks much better than a simple die-cut or a little foil stamp.  It’s the last time we would ever see this parallel, so drink it in. 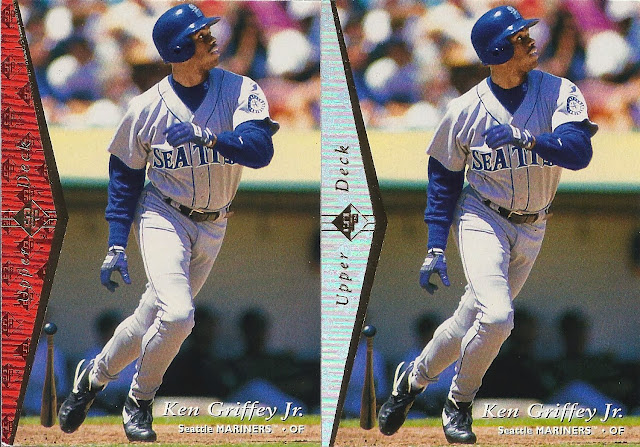 Take a close look at the back shown above.  The SuperbaFoil parallel has a silver hologram on the bottom right while every other Griffey has a gold hologram.  This is the level of card nerd you can expect from The Junior Junkie. 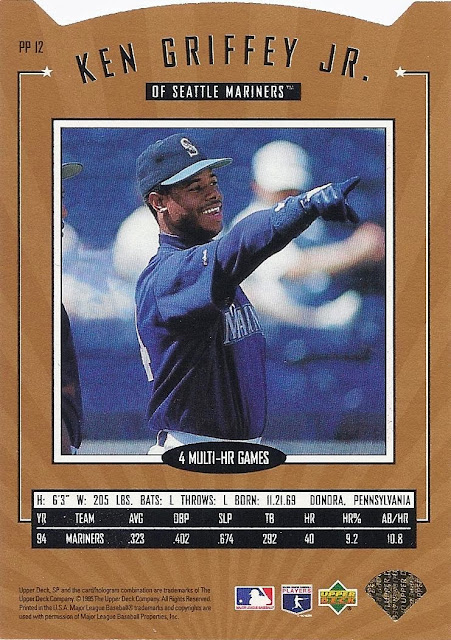 The Platinum Power insert screams SP with its trademark Upper Deck die-cut arch and modern, mature colors and design.  As 90’s inserts go, I love the layout and choice of photo on the card back.  Not an eye-frying clusterbonk of colors and textures - just a nice-looking, "adult" card. 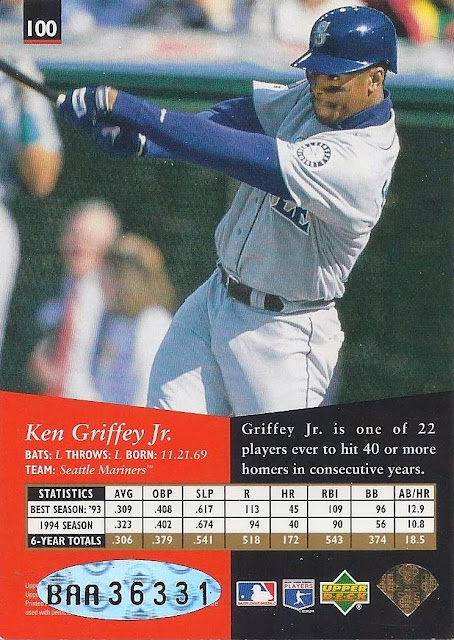 This is my first certified Griffey autograph.  I already have a signed 8x10 from 1997 Studio that my parents gave me for Christmas a few years ago and which I love, but this particular card has a fancy serial-numbered holographic sticker.  I like my Studio jumbo better, but this bad boy is official.  You can’t beat that with a stick.

The promotional Griffey autograph card, number 100 for some reason, was given to dealers who ordered a certain amount of the product, so I have no idea how many of them are out there.  If anyone does, please share.

Here is the certificate of authenticity that comes with that card: 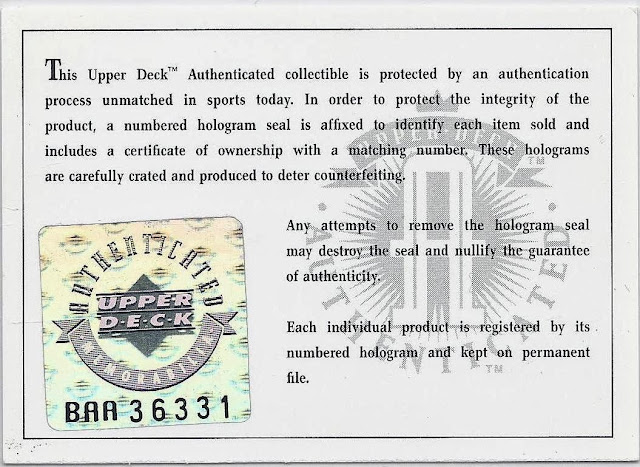 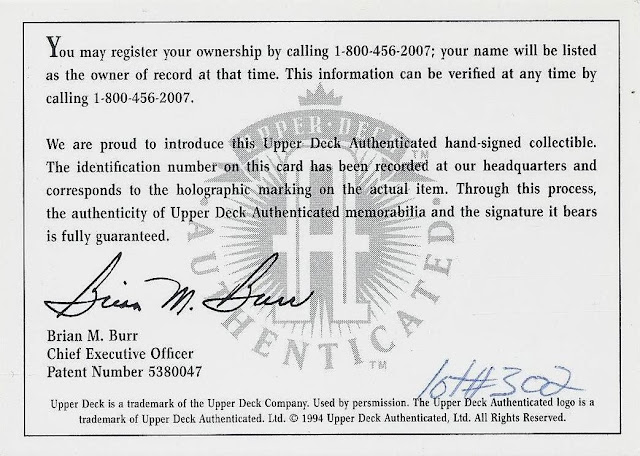 That phone number is a lie.

There is also a Promo Griffey that was made for this set.  Here is the back.  Notice that it, too, is #100:

1995 SP is a testament to the powerhouse Upper Deck was in the mid-90's.  This, their flagship set, both Collector's Choice sets - the entire body of work UD was producing at that time is legendary and all of them personal favorites.
Posted by The Junior Junkie at 11:38 PM