John of Johnny's Trading Spot recently held a contest for who can send him the most Braves cards.  I took this opportunity to unload large quantities of cards on him, enough to earn second place in his contest.  My prize was this sweet little number: 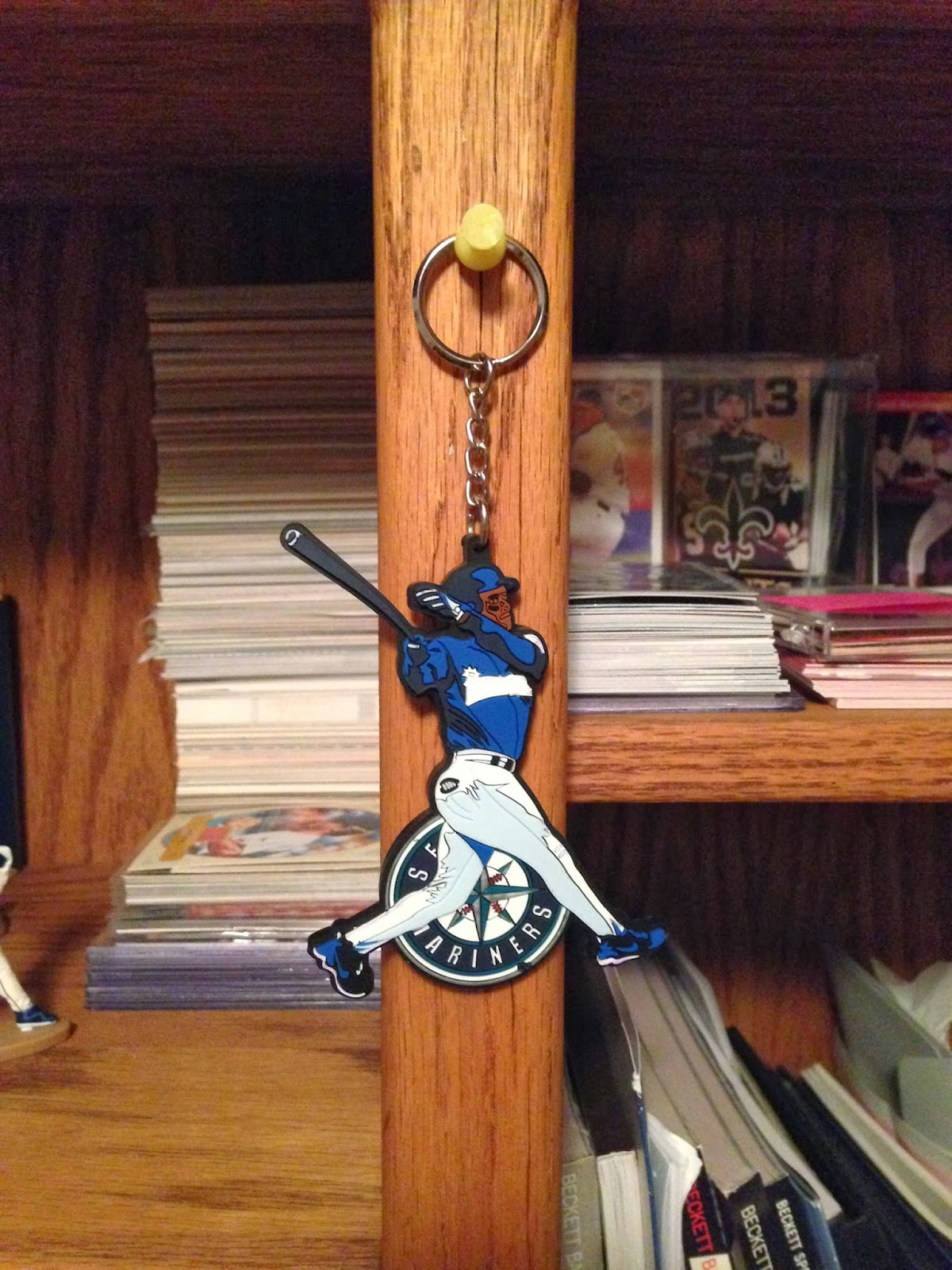 May it never see a key nor jeans pocket.  There's a little more detail on the scanner: It also happened to be Christmastime, so I got another nice card on the same day.  I didn't expect this as I was on a blogging hiatus and therefore didn't sign up for any Secret Santa festivities.  Definitely next year, but I did get a couple of Christmas cards anyway because other bloggers are awesome and like to make me feel bad for not participating in the aforementioned festivities.  Here's what John picked for me: 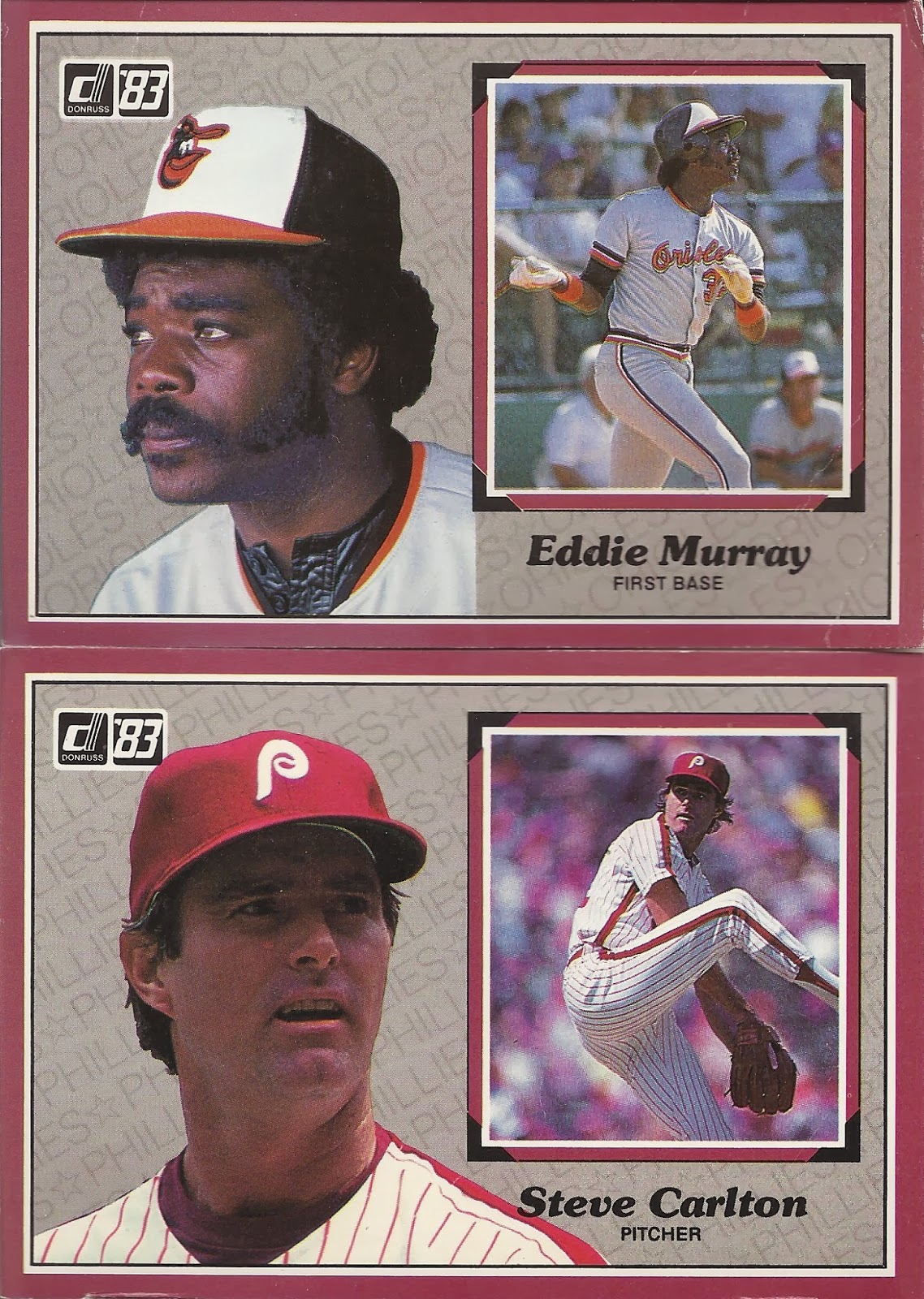 These are from that giant Donruss set of the early 80's, and they are huge!  Plus it's hard not to be a fan of Eddie Murray's facial hair. 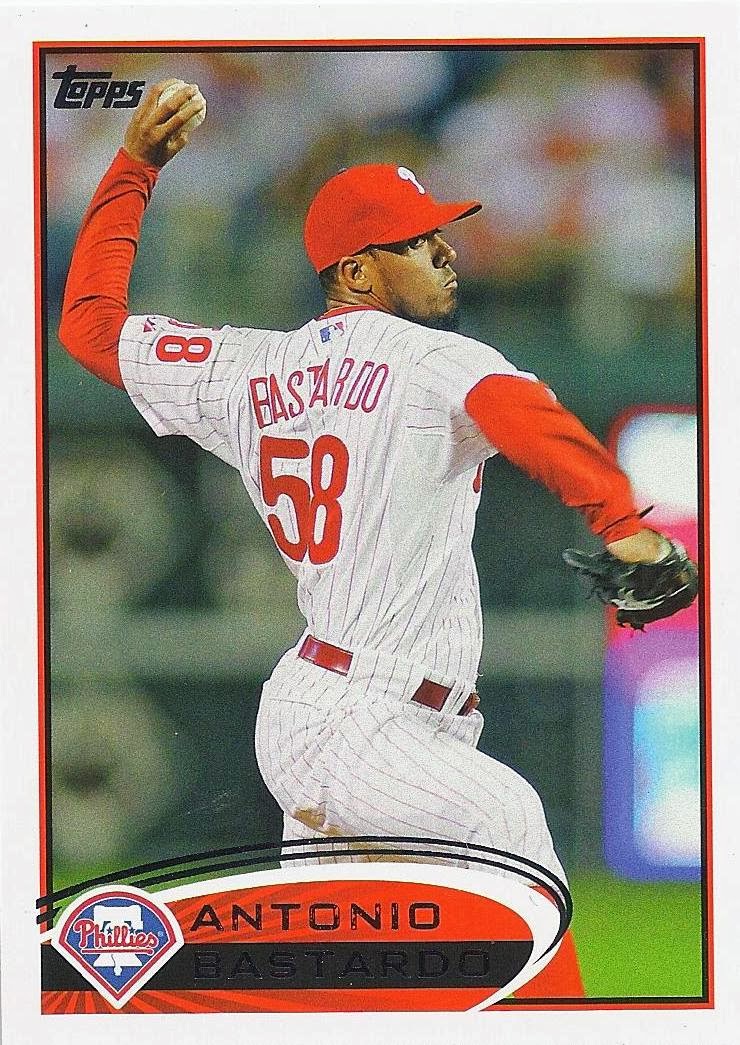 2012 Topps just doesn't want to scan, does it?  This guy's name is Bastardo which is what I sometimes call people when I'm drunk (all in good fun, of course).  It's getting a spot in the silly names binder for sure.

The cards here came wrapped in a Christmas card that looks like this: 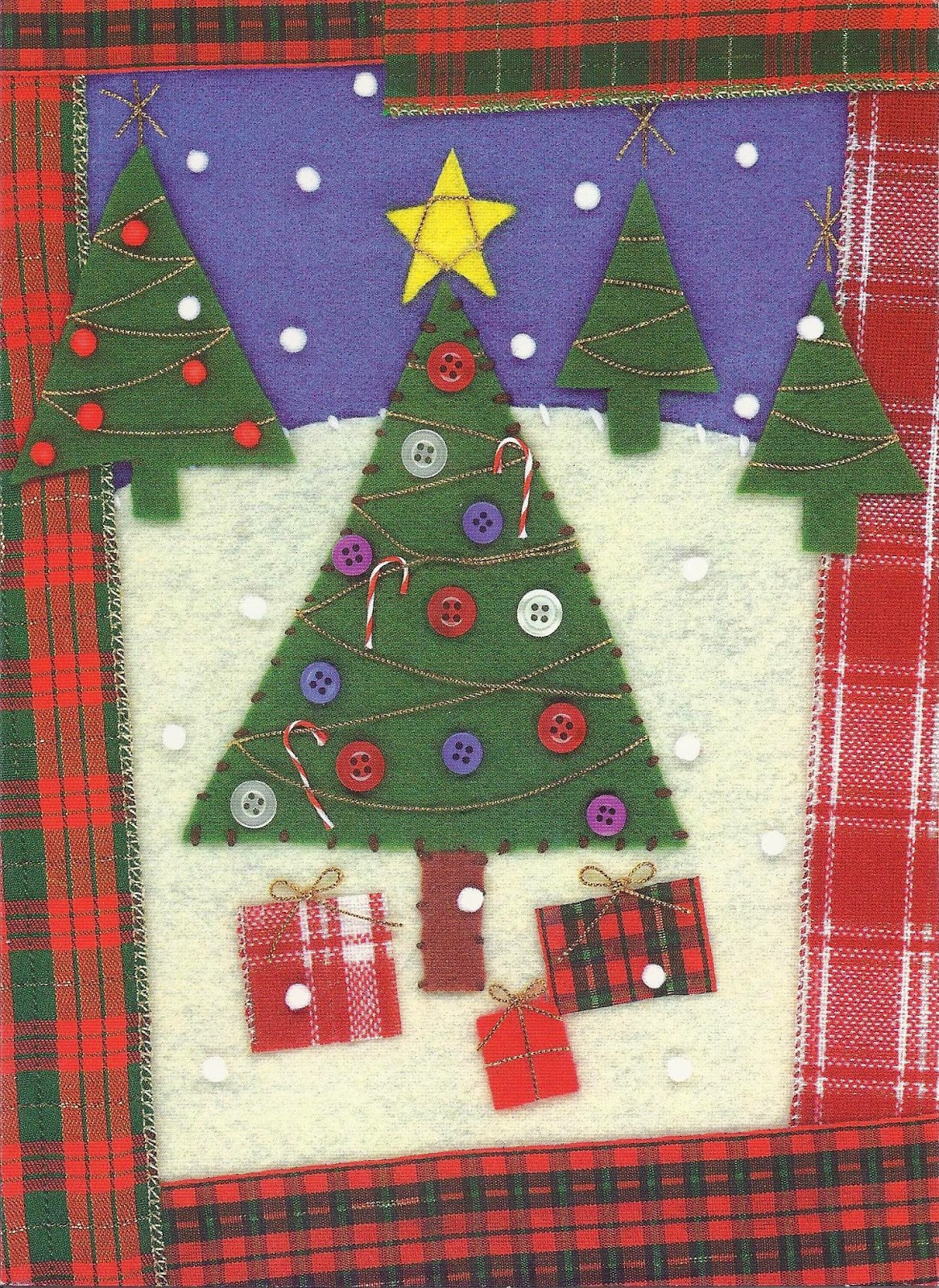 Believe it or not, the keychain was also in a card, but that one did not survive the journey/opening process and has been rendered unscannable.  Still, impressive use of Christmas cards to send three-dimensional objects!

I also got a PWE from Chris at Nachos Grande: 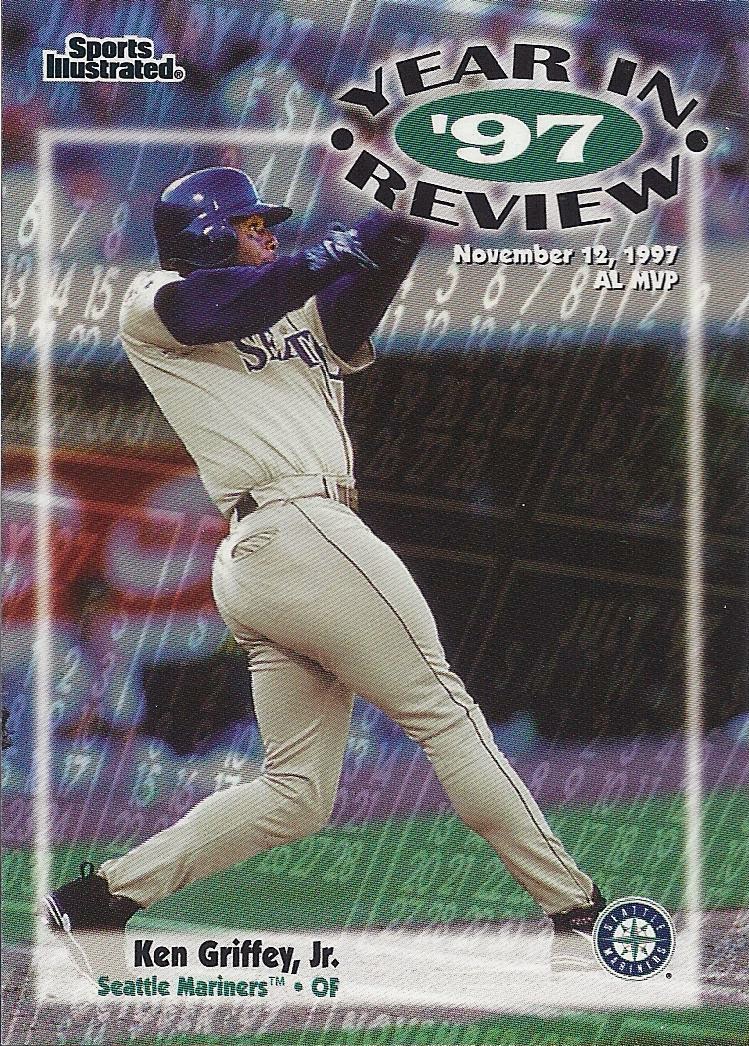 Believe it or not, Sport Illustrated put out some pretty cool cards in the late 90's and early 2000's with the help of Fleer.  This is just one of those, and it celebrates Junior's winning of the 1997 AL MVP award.  There can never be enough cards to celebrate that. 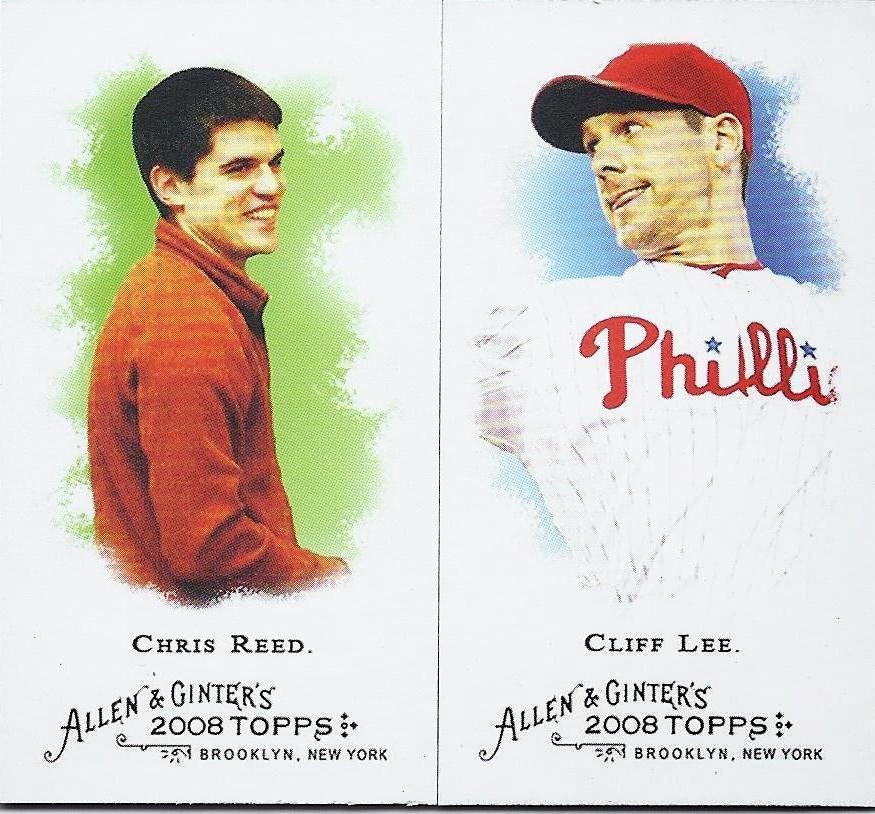 As an avid collector/addict of both art and baseball cards, I really love custom sets.  That good-looking fellow on the left is Nachos Grande himself.  Chris is the kind of guy who you just know has a smokin' hot girlfriend, but you're not bitter about it because he's just such a nice guy.  That being said, arranged this way it looks like Cliff Lee is about to punch him in the face.  Not intentional, Chris, but still kind of funny.

I haven't told you guys yet, but I am also on a baseball card.  It was during my stint as the travelling secretary of the 1985 Fort Meyers Royals.  I think I have it around here somewhere.....ah, here it is: 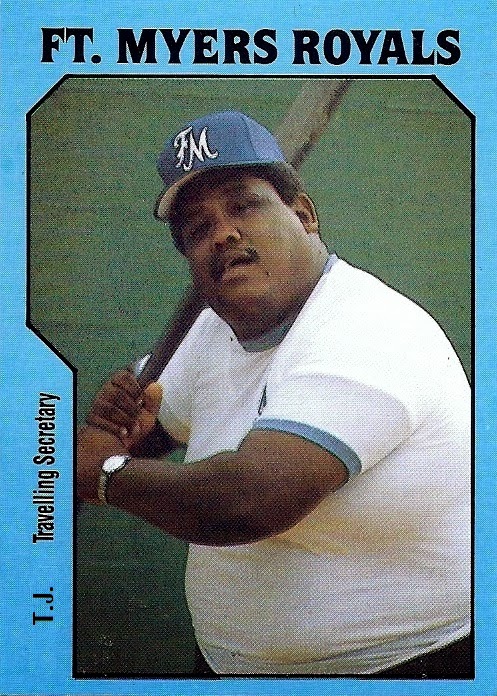 Sorry, sorry.  I just can't get enough of this card.

Thanks a bunch, John and Chris!  All this stuff arrived in my mailbox simultaneously, and they brightened my day.
Posted by The Junior Junkie at 7:46 PM