My Collecting Goals for 2014 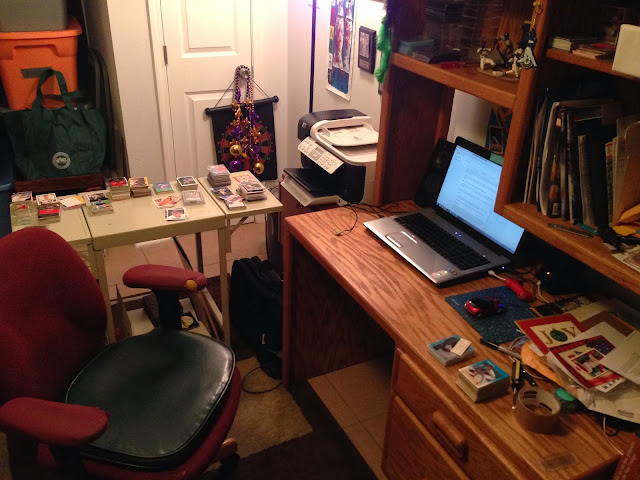 Having accomplished most of what I wanted to for last year, now my goals can get a lot more focused on specific areas where the blog and the collection need improvement.  In no particular order, here are a few of the things I'll be working on over the coming year:

1. Complete online catalog with links to posts that feature each card.

This hasalready begun.  I have now recorded all unique specimens through 1991 in addition to those Griffeys that have already been featured on the blog which are already linked to their respective posts.  It’s a time-consuming process, but it will be a relief to have them all in one place for quick reference.

2. Cut down on LCS visits and avoid repack boxes altogether.

Trips to the LCS are fun but also very hit-or-miss – mostly miss.  It’s kind of been a big time and money suck that adds to the reams of cardboard I need to get rid of while rarely resulting in new Griffeys.  About the only benefit of the LCS is adding to my COMC selling inventory.  I won’t stop going altogether, but it needs to be less frequent.

Repack boxes have done all they can do for me.  I’m up on the products and the new players, and what Griffeys I do find I usually already have.  Not to mention that even if I do happen to pull a great Griffey redemption card, I probably couldn’t use it.  And yet they’re just so fun to open.  This will be tough.

There are so many blogs I read that make me think, “Have I traded with this guy before?”  Some of your blogs I’ve been reading for so long that I’m shocked when I realize we’ve never exchanged any cards at all.  I’m going to try taking the initiative more often when it comes to new trading partners.

4. Be more diligent about features.

This past year I started a few features I’m going to continue for 2014.  I kind of dropped the ball on the A Griffey for All Seasons feature a few months ago which bothers me because I was really excited about it.  I’ll probably try rebooting that in the next few weeks.

The popular Design Timelines feature stalled during my quest for a single card.  The elusive 2001 Finest #90 base card has been the last card I need to complete that timeline, and other timelines have suffered as I search for it.  I’ll be shifting my focus this year and get those timelines rolling again.  They were fun to write.

I’ve also begun a new type of post I call “Griffey Progress Reports.”  These will feature cards I was missing when I covered the set originally.  They will also link back to the original post and vice-versa as well as to The Beast.

5. Support competition and diversity by using COMC and buying Panini.

I want COMC to succeed.  I like the idea, the execution, the ease of use – the whole site is aces.  Now some big changes are coming that I believe could impact the industry on a fundamental level.  I’m 100% for this.

The same goes for Panini.  Competition can only make the hobby better, and I'm genuinely excited about the return of sets like Pinnacle and Select.

This may well end up being one of those many 1/1’s from the 2008 SPx American Hero set, but I’m going to try and land a more legit one.  Maybe a cool patch or something.

Fun note: It just so happens that I landed an eBay 1/1 on COMC since writing that first part.

7. Get rid of all these cards. 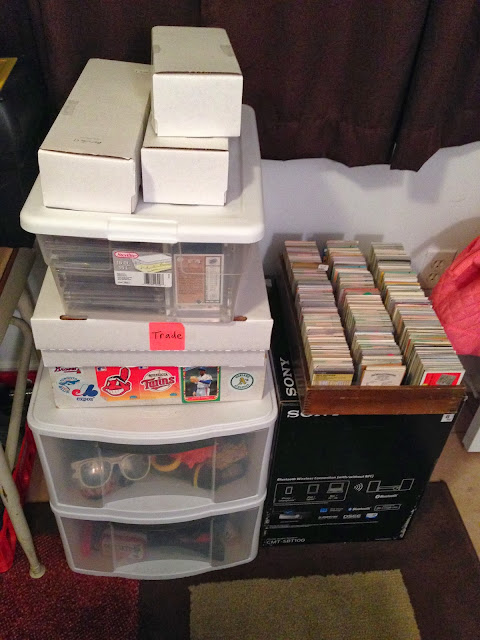 That Sony box is completely full to the top with cards in neat rows.  It is much bigger than this picture makes it look and weighs more than the world.  That is about half of the cards I want to get rid of. 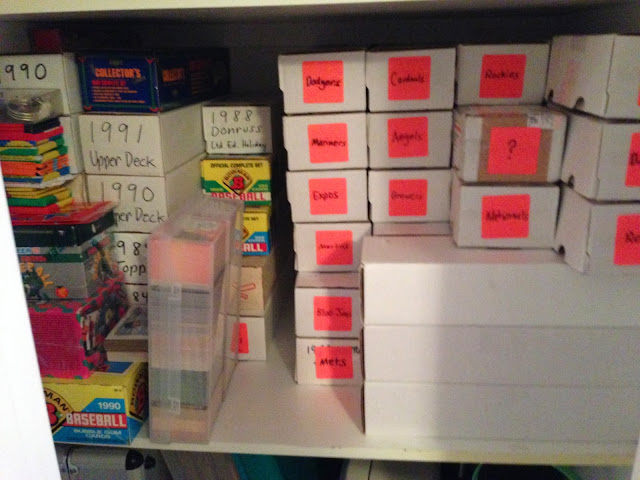 Those longboxes on the right with the team names?  Those are the overflow from that Sony box that I've bothered dividing up into teams.  The wooden tray on the Sony box is the overflow from THESE boxes in team order.  Shoot me in the face.

So when I say I want to get rid of cards, it's only half-hearted.  Let's face it: it's unlikely I'll have fewer cards this time next year.  There are just too many.  I really have no idea what to do with them all.  I suppose donating them would be nice, but what kid wants a 1991 Fleer Rob Dibble?  I have way more than that, of course, but every card in those boxes is 1991 Fleer Rob Dibble to me.

I just made myself depressed.

How much blogging gets done relies heavily on how much life lets you blog.  I used to have hours to sit and sort and scan and type, but due to some recent changes in both me and my wife’s careers it has become more of a challenge.  This has been especially frustrating since I am no less into the hobby than I was before.  I'm just going to have to be more diligent when it comes to creating posts.

There it is - wish me luck!  And if you want some of these cards, hit me up.

On a brighter note: 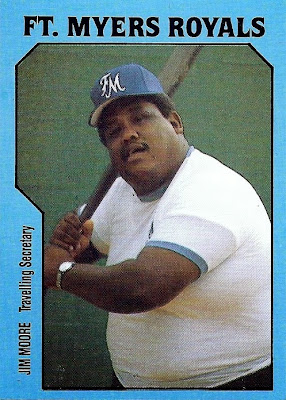