Yeah, yeah, I'm really off track tonight Griffey-wise, but I'm a die-hard Beach Boys nerd, and we need to talk about this. 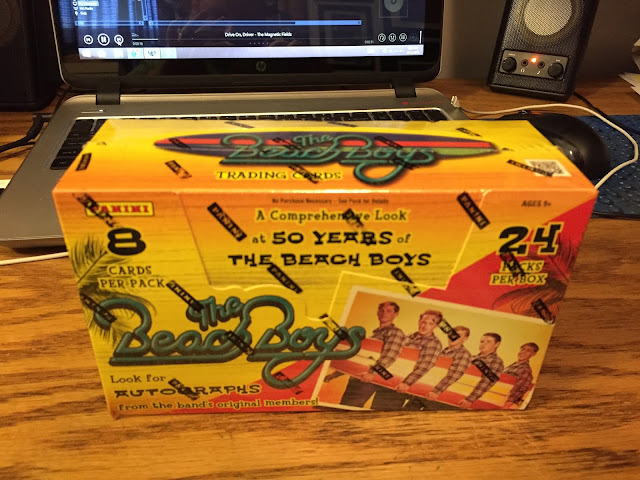 These were recently reduced in price pretty drastically, and I went ahead and pulled the trigger. 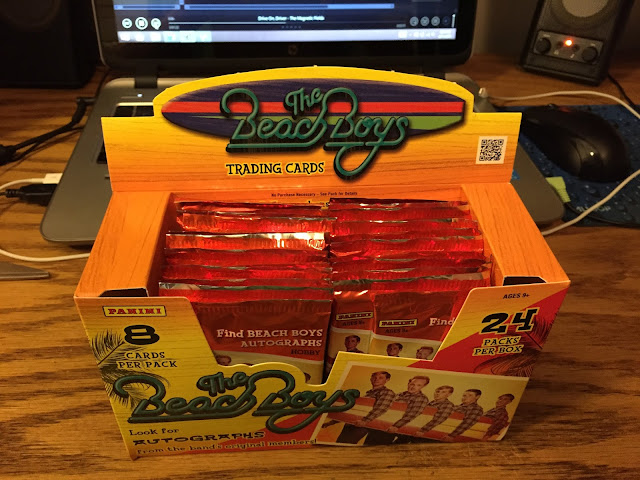 The box is beautiful. Here's hoping we find an autograph or two... 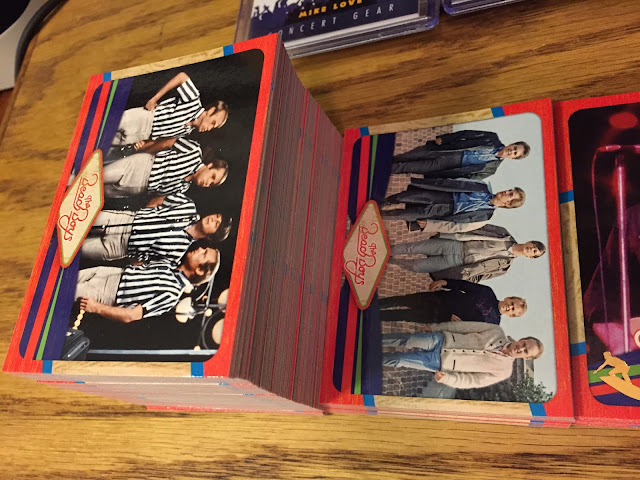 I wanted two things out of this box: a complete base set and a few cool relics. Luckily the box did give me one complete base set plus a nice little stack of duplicates to share with all my Beach Boys fan friends. Which is two dudes.

I'm not going to sit here and show you a ton of Beach Boys base cards. Suffice it to say that fans should love it. Let's go to the inserts and parallels: 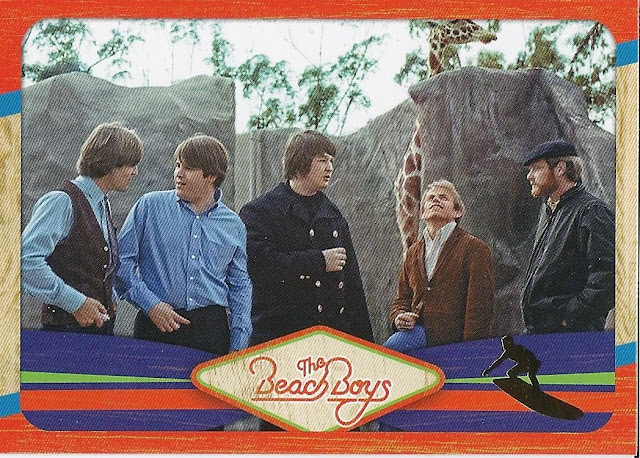 The foil parallel is indicated by the little surfer guy in the bottom-right corner. This parallel carries over to the inserts which kind of confusing. And the surfer logo is cool, but some of the best things this band did had nothing to do with surfing. Just sayin'. 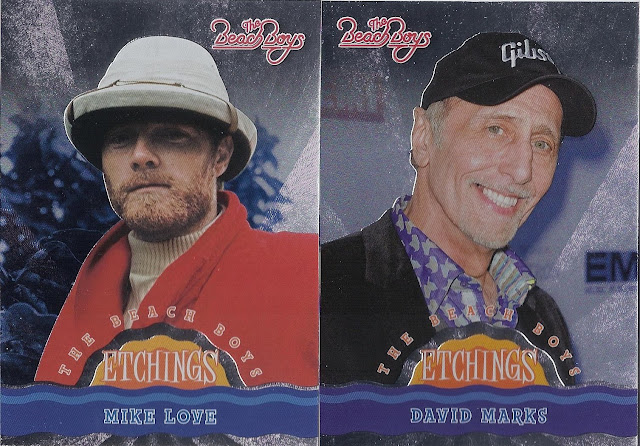 This seems to be the rarest non-hit insert in the set with only two per box. These are essentially be-foiled base cards. I am huge fan of five of the seven official Beach Boys, and these happen to be the other two. Nuts to the Etchings insert. 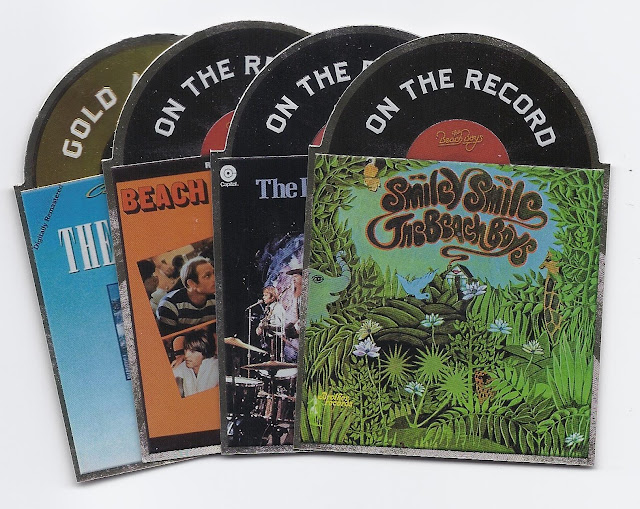 The "On the Record" vinyl album cover cards, on the other hand, are the bee's knees. I didn't get the best albums overall, but Smiley Smile made up for all of them. It's a personal favorite among Beach Boys albums. It's made up of some of the songs and parts of songs from the Smile album that never got released as well as a bunch of other, well, stuff. It's kind of sloppy and loosey-goosey, and it was not well-received by the public. I love it.

I'm considering picking up a few more of these, especially "Sunflower," "Pet Sounds," "Holland," and "Surf's Up." 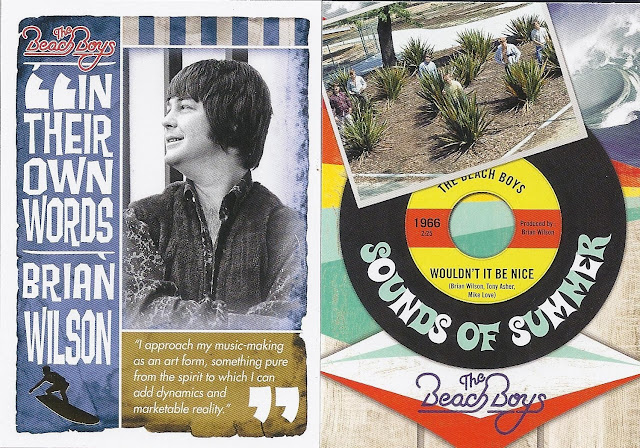 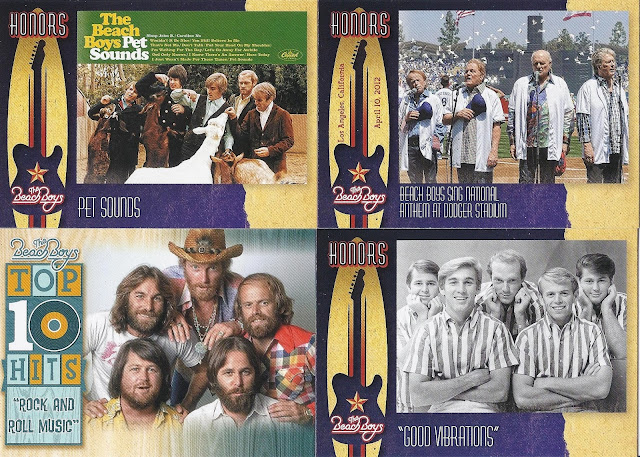 I also like the "Top 10 Hits" insert, but it pales compared with "Honors" which is really a mix of honors and accomplishments. Solid photo selections. "Pet Sounds" up there is the album that got me into these guys. 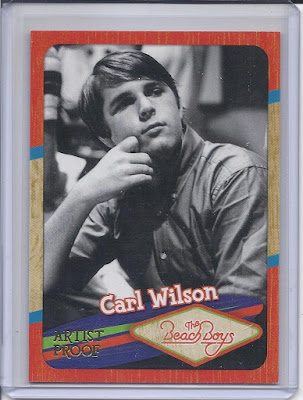 This was the single Artist Proof in the whole box. It's numbered /99 and features one of my favorite Beach Boys, Carl. His vocal on "The Trader" from the album "Holland" is ice cold, especially the second half of the song. Seriously - listen to it on headphones.

Carl passed away in 1998, and his brother Dennis also passed away in 1983. That means that there remains only one Wilson brother, Brian, left to sign autographs for this set. The other possible autographs are Mike Love (meh), David Marks (meh), Bruce Johnston (getting there), Al Jardine (oh hell yeah), and Brian Wilson (that's the one you want).

So did this box hold a Brian? Let's go ahead and see those hits: 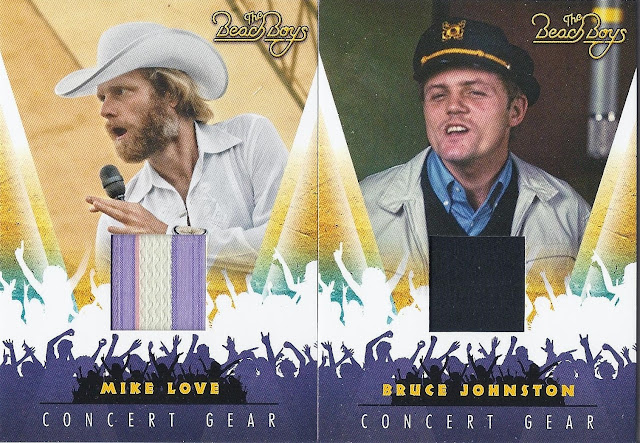 I'm okay with no autographs, anyway. I already have the one that matters most: 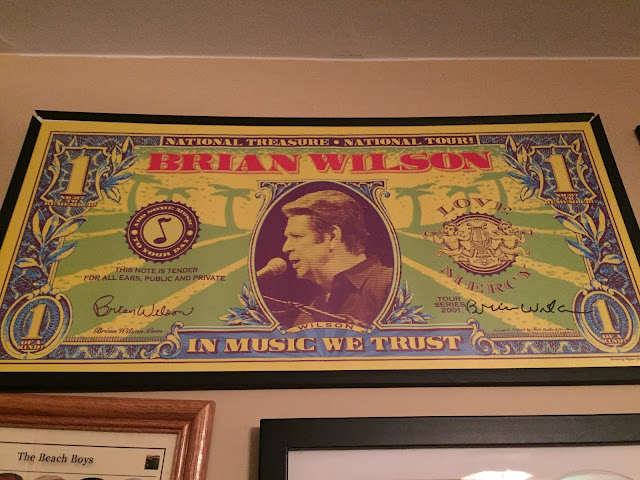 I should get that properly framed one day. 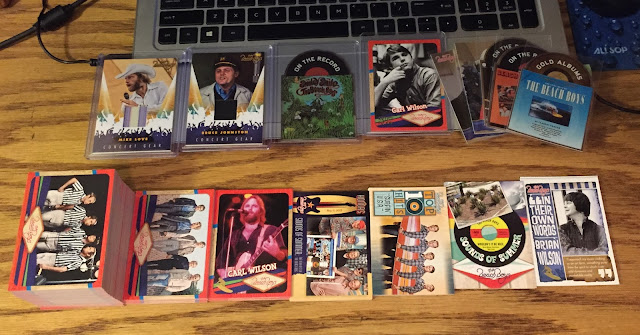 So I'm pretty happy with the box overall. The complete base set carried it and Mike Love's excellent taste in shirt patterns put it over the top.