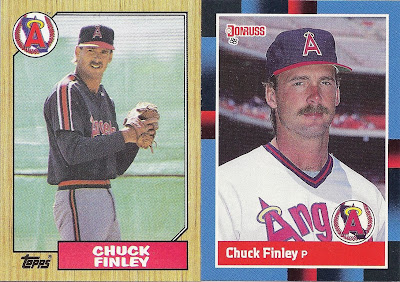 I got Chuckstached by Daniel from It's Like Having My Own Card Shop. My Chuckstache rainbow grows ever larger. 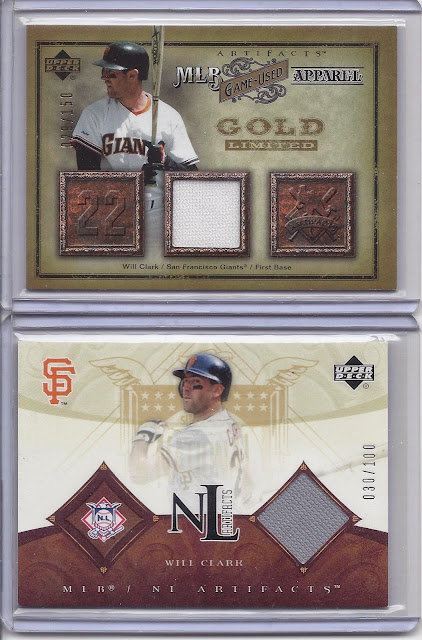 I had zero Will Clark relics before this package landed - now I have two of them, both with some pretty low numbering. I opened this piece of mail while in the company of cardboard-disinterested friends, and even they looked less annoyed than usual that I was trying to make them look at baseball cards. 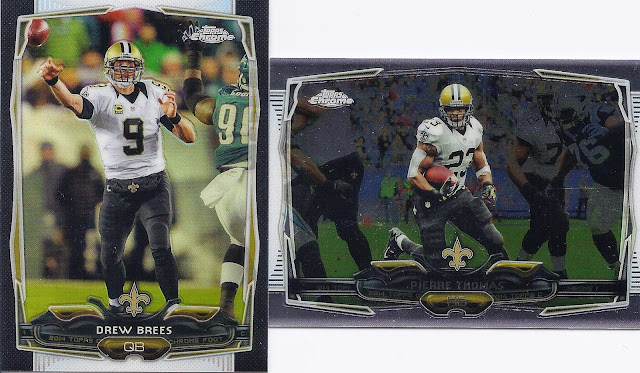 We're on the downslope, guys (the Saints, I mean - not this trade package). Brees is aging and PT isn't even running the ball for us anymore. We have a couple of good years left before it'll be time to name a new starting QB and the city burns down in the riot. Drew can do no wrong in this town. Even I've bought the guy a beer (sushi restaurant, pre-Superbowl). 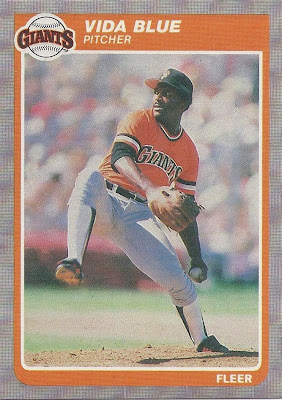 A nice late Vida I was missing. 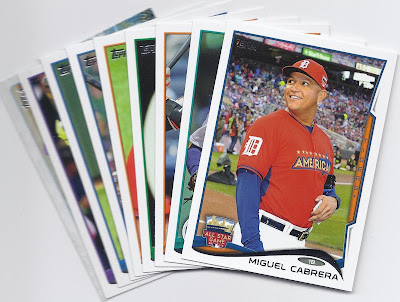 Even more Clark including an elusive white-bordered GQ parallel. 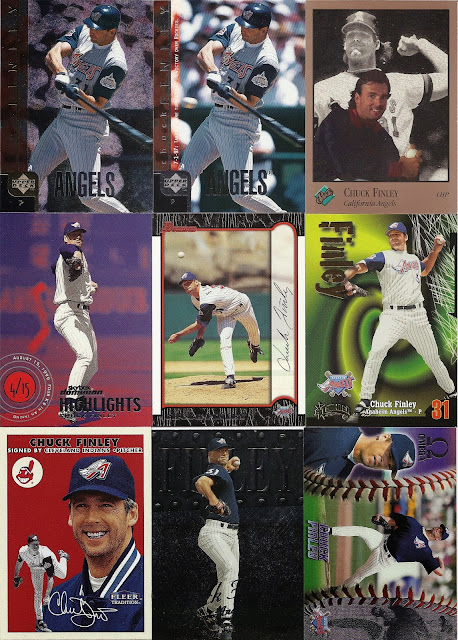 And a lovely mix of Finleys that span a decade. I keep thinking I'm going to meet this guy some day. I know he lives in Cali; but he's from Monroe, a town not too far from NOLA. People don't usually leave Louisiana for long. This is a sticky place in more ways than one.

Thanks for the great stuff, Daniel! While I have no connection with Chuck Finley, I do have one with Will Clark. Those relic cards you sent might see some ink once hunting season comes back around...
Posted by The Junior Junkie at 9:00 AM