One Man's Bieber is Another Man's Tittle: a Multi-Trade Mega-Post

I don’t like smooshing together a bunch of trades into one post, but I’m double-digits behind on giving kudos to trade partners. Things are getting desperate. So here are six trades I recently received from French Kevin, The Razinator, Kerry “El Scorcho” Biggs, Magic Mike from Massachusetts, Stealing Homeboy, and Zach “Two-Tittles” Jackson. 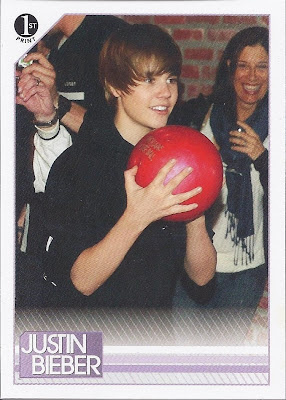 Behold bowling Bieber. Bieber bowls bravely. Bowl, Beebs, bowl. If you read any trade posts at all, you probably know who sent this; but just in case you don't, it was Kevin. 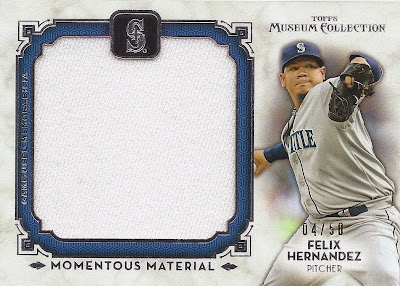 Said Bieber was protecting this massive King Felix relic numbered out of 50. I think this is my biggest relic to date for any player, even Griffey. Beautiful. 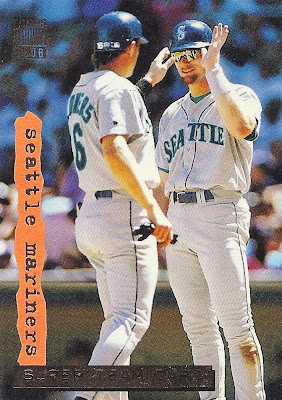 It's amazing just how many cards were made in the 90's that I've never even heard of. I already have one of these rare beauties in the Griffey binder (His name is on the back! It counts!), but this one will go into the Buhner binder, which I call the Buhnder. 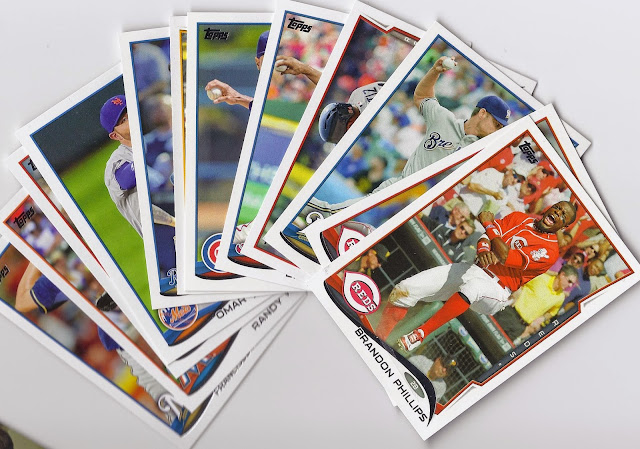 Raz put a huge dent in my 2014 Topps set-building, but what he sent along with these was the real surprise of this package: 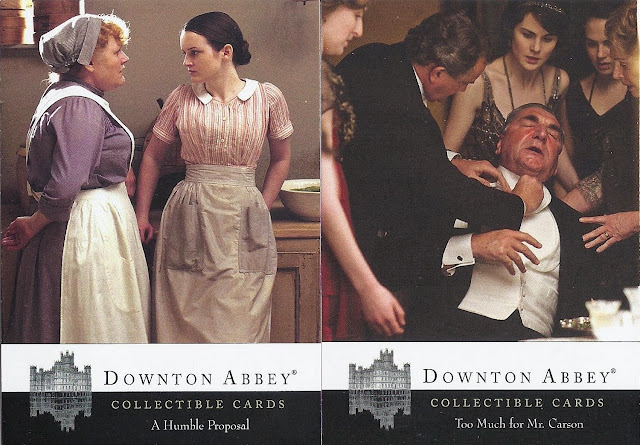 Downton Abbey cards! And not only that, he sent me the complete base set. I was awestruck. 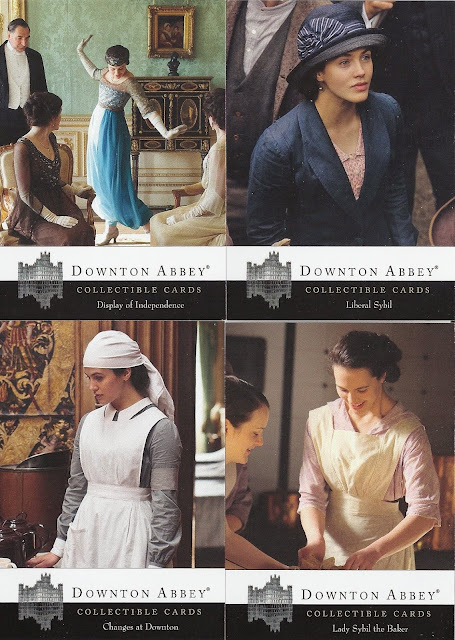 This is Sybil, by far the hottest of the three sisters on the show. She's dead. :-( 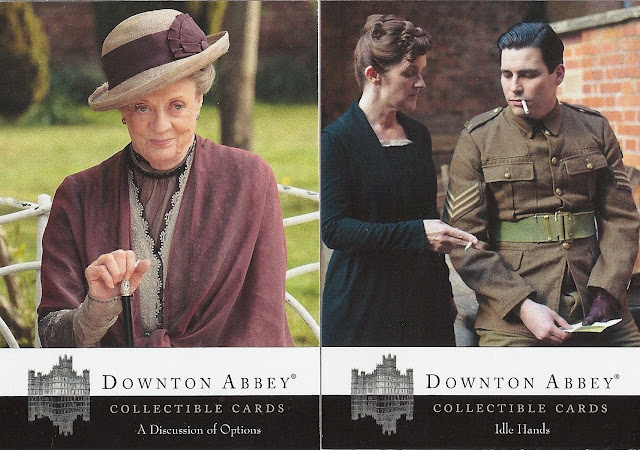 Maggie Smith absolutely kills it as the Dowager Countess (which I think is Britspeak for "grandma"). And Thomas, the guy on the right, is a massive douchecanoe who you kind of start to like in the later seasons.

I'm super appreciative of this excellent set. Thanks, Chris! 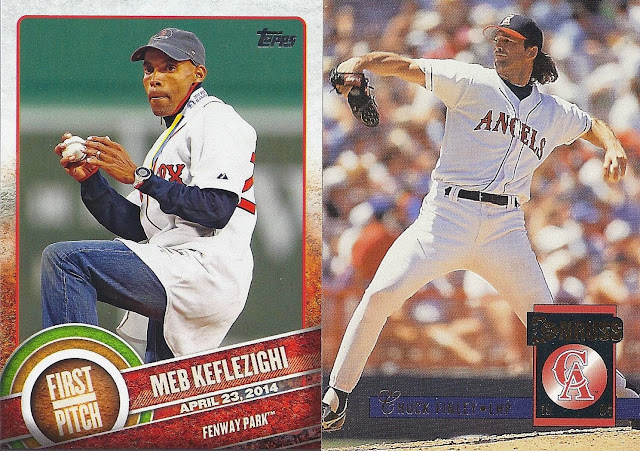 These were in a PWE from Kerry over at Cards on Cards. I think Meb wins the award for best name in that great First Pitch insert, barely edging out Biz Markie. Apparently you can beat the Biz. 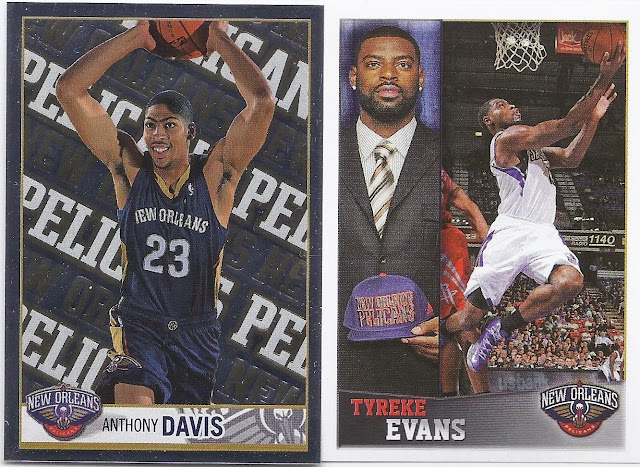 The Pel's squeaked their way into the playoffs this year thanks to the Brow. The team color scheme translates well to cardboard.

I realized today that I haven't shown a Griffey card in like four posts. Here you go: 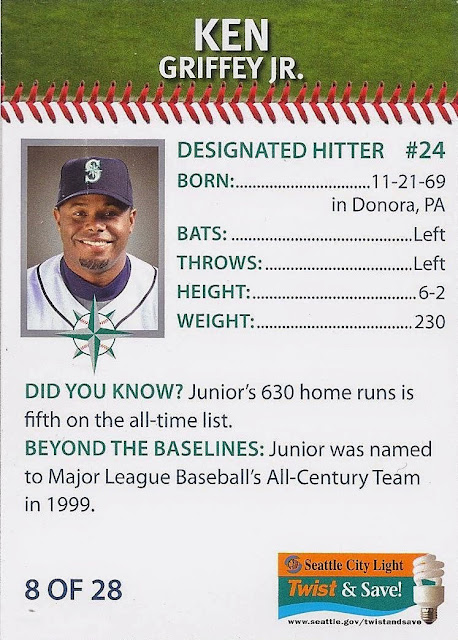 It's an oddball! And a very recent oddball at that. In fact, I believe this is my most recently-produced branded oddball of the Kid. Regionality should have kept this card far from New Orleans, but a reader, Micheal from Massachusetts was kind enough to send it on. 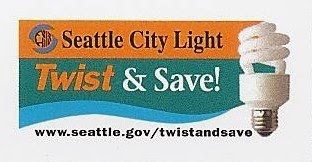 Thanks, Micheal! I'll be sending some 90's oddballs in return. 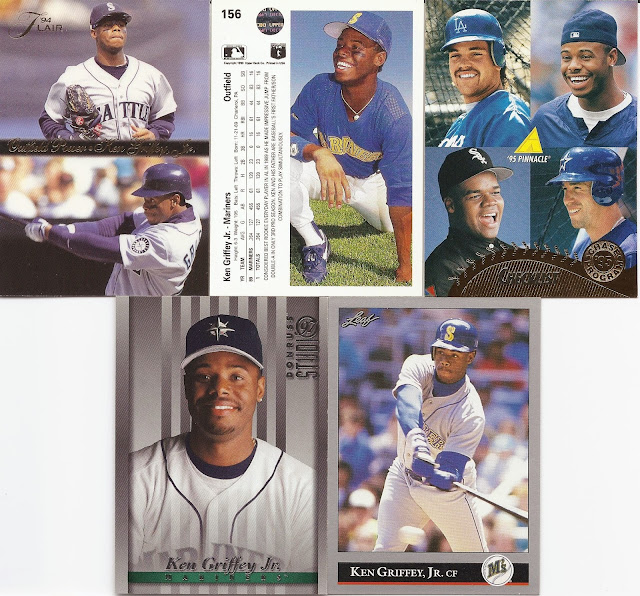 Here's plenty more on the Griffey front from Stealing Home. I remember pulling that Chase checklist out of a pack of Pinnacle back in '95 and being really excited at the amount of star power they squeezed onto one card. A personal favorite among checklists. And that early Flair insert used to book for $15. 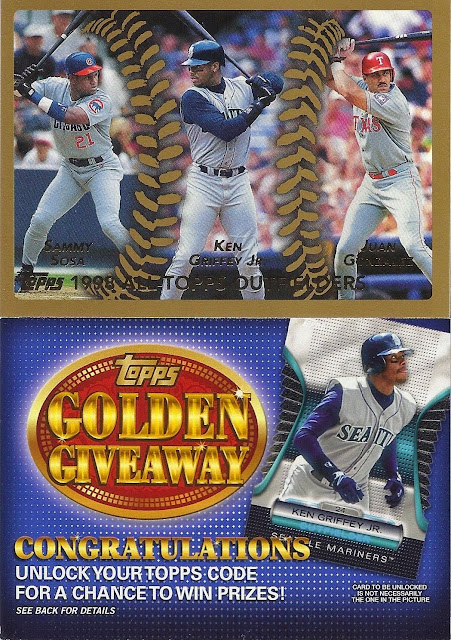 I'm a fan of how Topps did their All-Star card in '99. Some interesting groups. And I only recently was able to snag the Griffey depicted on that Golden Giveaway card. 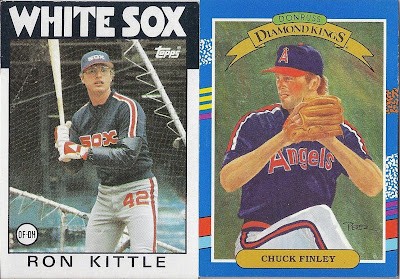 Finally S.H. threw in a few PC's. Thanks for the great cards, sir! 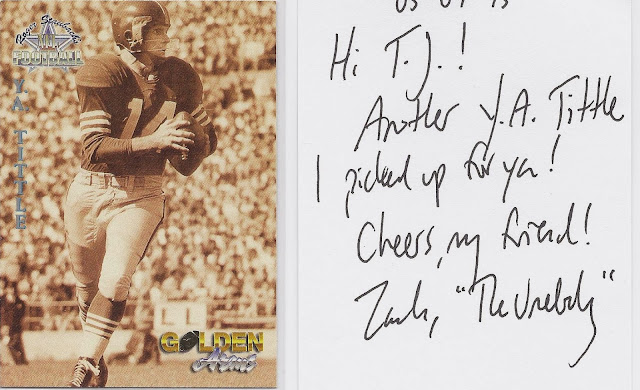 I like Y.A. Tittle, and not just for his awesome name. Zach aka The Underdog has quickly become one of my biggest sources of Tittle-ation, this being the second, which is helpful because I never get to flip through football cards. Thank you, Zach!

I have another dozen or so trade posts to put together over the coming days, so look out for those. Thanks for reading!
Posted by The Junior Junkie at 3:04 PM