You know that thing of when you’re reading someone’s blog and you realize they have a card that you desperately want, and you post a comment to that effect not even knowing that the blogger already mailed you said card? Then it comes in the mail a day later and you’re like, “Awwwwww! What a guy…!” That happened to me recently. 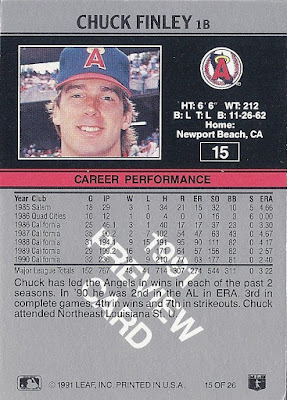 John of the positively delightful blog Johnny’s Trading Spot was on his game. He’d found a rare Chuck Finley and immediately sent it out to yours truly no questions asked. These Leaf Preview cards are a tough find, too. I only recently completed the Griffey Leaf Preview rainbow and at somewhat heavy expense which I justified only with the fact that hey - it’s a Griffey, and I must have it. I didn’t even know there was a Finley to be had.

On top of that, John proved once again why he’s got “trading” right there in the title of his blog. He’s one of my most prolific trading partners. Here’s a bunch more stuff he sent my way: 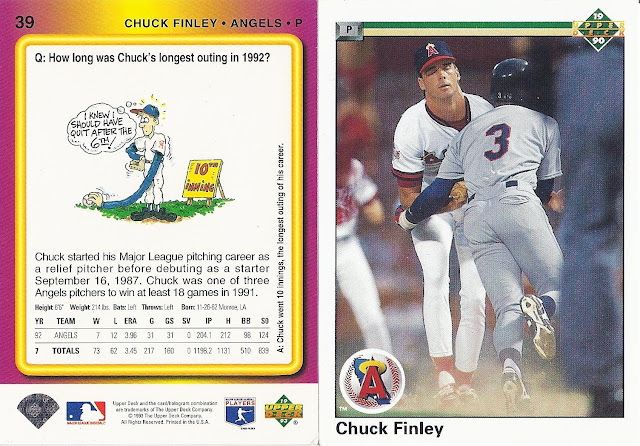 A really fun pitcher-on-defense action shot from Upper Deck with Chuck bracing for impact. It’s a little annoying that the answer to the Fun Pack trivia question is right there in the illustration. How ‘bout letting me guess, guys?

Here’s a bevy of micro-Buhners and an itty-bitty Dan Wilson Star Attractions kinda-rookie. 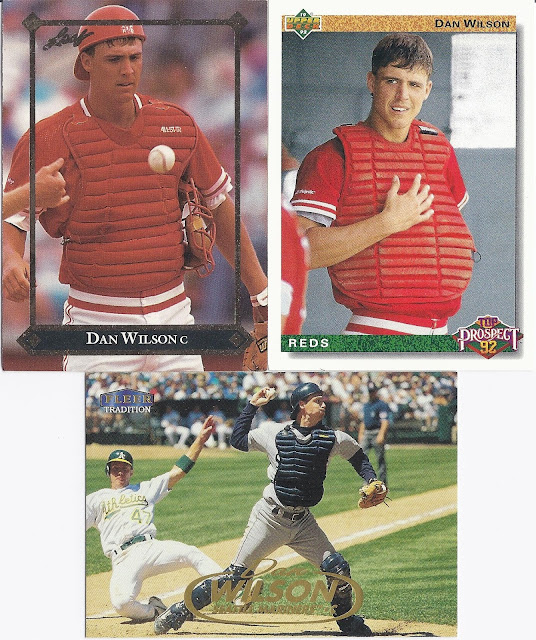 And how ‘bout that elusive Leaf Gold rookie? With the addition of these cards from John I’m now a tad closer to having all the Dan Wilson rookies (he had “rookie cards” for three years, all from the Reds). His rookie year years were right in the middle of the early 90’s collecting explosion, so there are plenty. 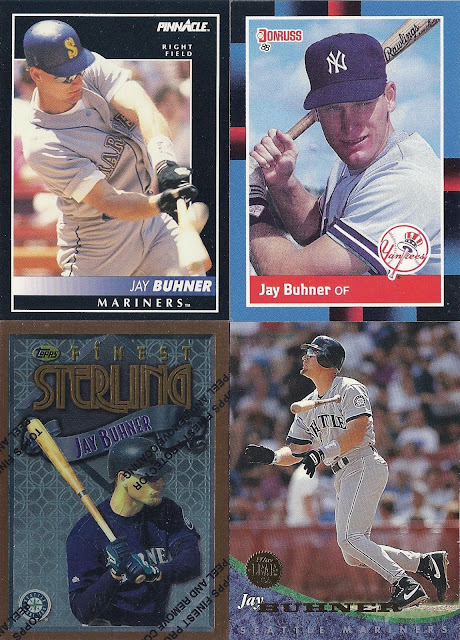 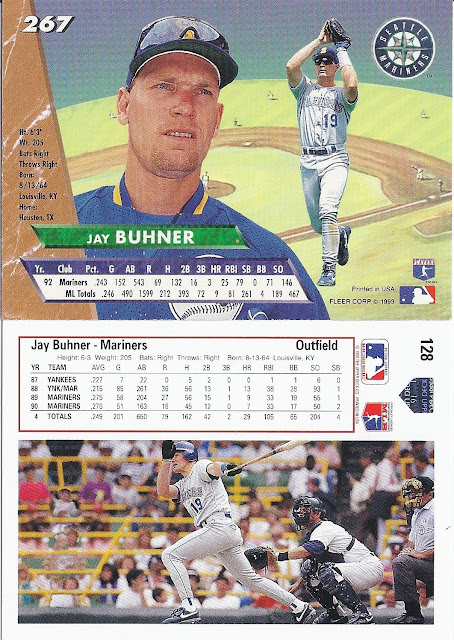 John sent me so many cards, he gave me a Buhner. (rimshot) 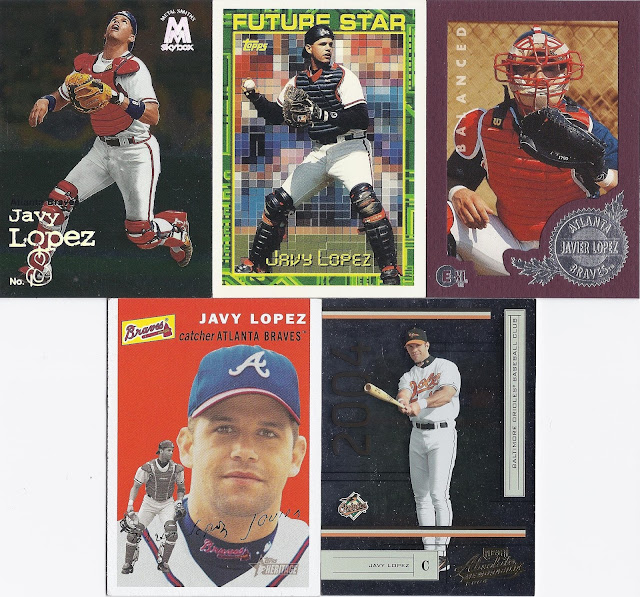 Here’s a bunch of new-to-me Javy Lopez cards (including one of my favorite Topps Future Star designs). Javy is another guy with far too many rookies. 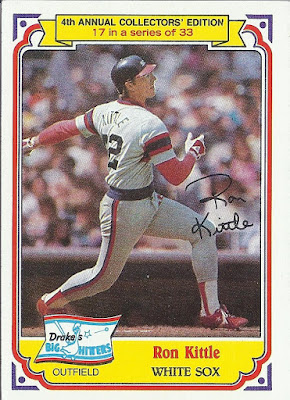 And a fabulous Drake’s Kittle, now one of the earliest Kittles in my collection.

And some just-for-fun photography from ’91 Upper Deck. That giant baseball glove has really made the rounds on cardboard. Somebody make a post about it.

And apparently there’s something else on the way – a “surprise” as he calls it. Chomping at the bit am I.

Thanks a ton, John! Looking forward to the next one, though it is most decidedly my turn.
Posted by The Junior Junkie at 8:28 PM