Believe it or not, I’m still taking as many Wallet Card photos as ever. Most of these find their way onto Twitter, but I haven’t posted any to the blog in some time. Meanwhile the backlog of WC photos continues to grow. Something’s got to give.

So I’m taking advantage of the alliterative nature of this post’s title to bring you a new feature: a new #WalletCard photo every Wednesday. I already have enough to last the remainder of the year, so I may end up doing a few two- or three-fers. Lucky you.

I’m starting this feature with a real doozy: the biggest celebrity I’ve ever convinced to pose with the 1989 Upper Deck Griffey rookie that is my wallet card. Ladies and gentlemen, Mr. Dennis Haskins: 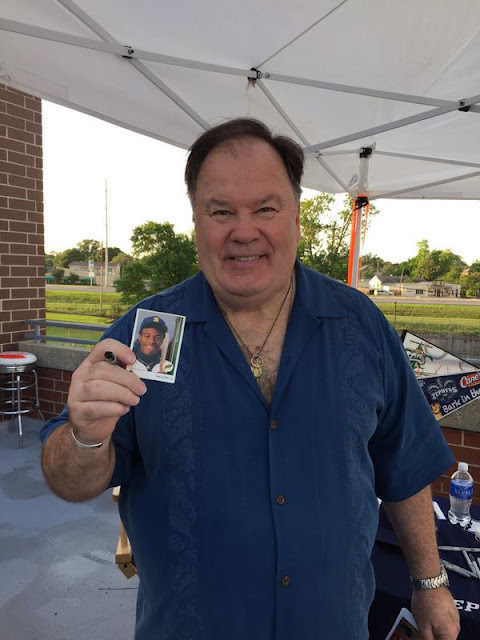 Mr. Haskins played the loveable Mr. Belding, principal of Bayside High, on the hit teen sitcom Saved By the Bell. He also appeared as Mr. Belding on the show’s predecessor Good Morning, Miss Bliss and reasonably successful spin-off Saved By the Bell: the New Class. You can find Mr. Haskins playing characters other than Richard Belding on It’s Always Sunny in Philadelphia, Mad Men, and A Million Ways to Die in the West.

This meet and greet took place at a New Orleans Zephyrs (Marlins AAA affiliate) baseball game last month. Dennis was extremely friendly and accommodating - class act all the way. The line to meet him was long, but everyone walked away with an autograph and a smile. He even sang “Take Me Out to the Ballgame” for the whole crowd.

Dennis signed autographs for everybody, even my wife who initially didn’t even ask for one; so we went home with two. Here’s mine: 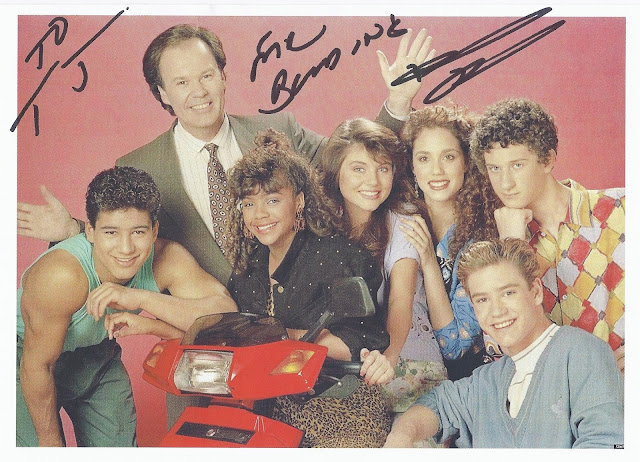