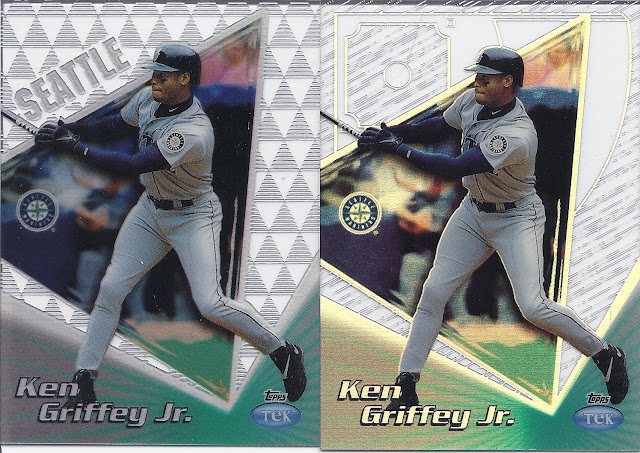 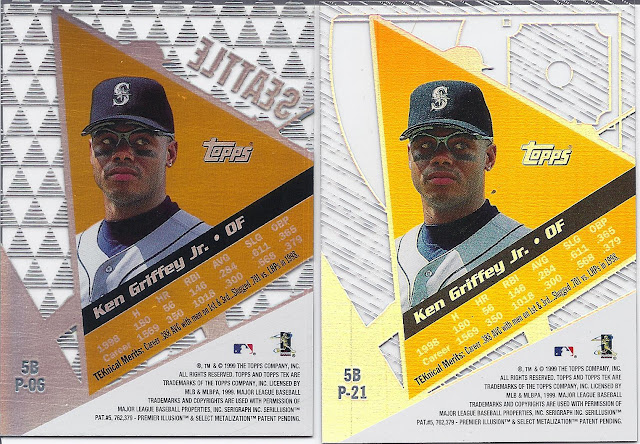 Is this a good Griffey card? Yes.  Shiny, refracting plastic cards in myriad patterns - a frustrating yet forward-thinking set.

The set: I'm sure you've heard of this one before - 45 players, 2 different poses per player, 30 different patterns per card.  That makes for 60 different base cards per player - the whole enchilada is a whopping 2700 cards.  That is not including two inserts and a gold variant for every pattern.  Set builders hate this one.

The cards are hard, sturdy plastic.  You could use them to chop tomatoes, dig a splinter out of your finger, and scale a fish.  After all that you'd still get a grade of BGS 9 or better.

There are also two inserts: one for rookies called FantasTEK Phenoms and one for stars called TEKnicians, both seeded at 1:18.

There are 30 different patterns per pose, each with a different number but no name.  If you are a regular sports card blog reader, you've probably scome across Community Gum who recently attempted to assign names to a lot of the patterns found in this set, a daunting task.  They included such names as Lumber River, Sketchy Diamond, and Grandma's Couch.

Unfortunately I only have two patterns, but one of them was not listed on Community Gum's post, so I will be naming it today.

Let's look at some Griffeys: 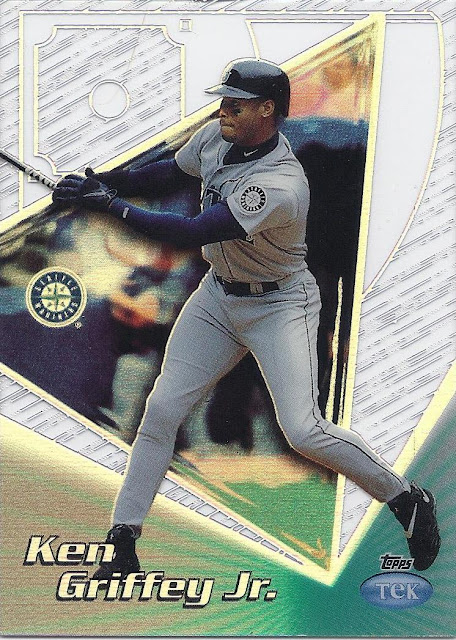 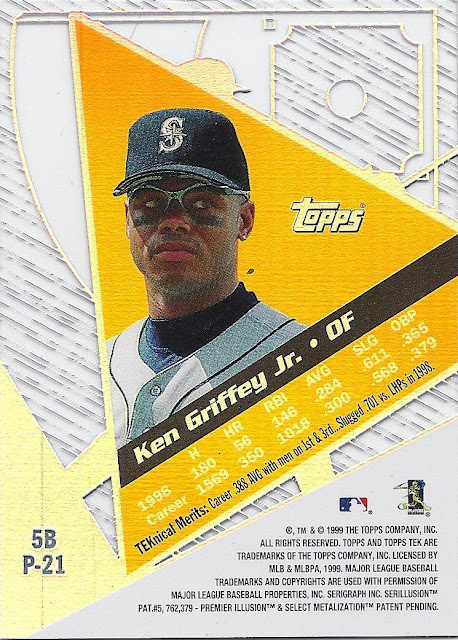 This is pattern P-21, which Community Gum calls "Sketchy Diamond."

It looks like Griffey may have grounded to first or maybe fouled across the first base line.  Either way, that right foot looks well-planted, and I don't think he's running anywhere soon.  But check out the back - flippy shades!

There are three trademarked names listed in the legalese on the back: Serillusion, Premier Illusion, and Select Metalization.  They sound like a trance DJ, a strip club, and the process by which Wolverine was surgically altered, respectively. 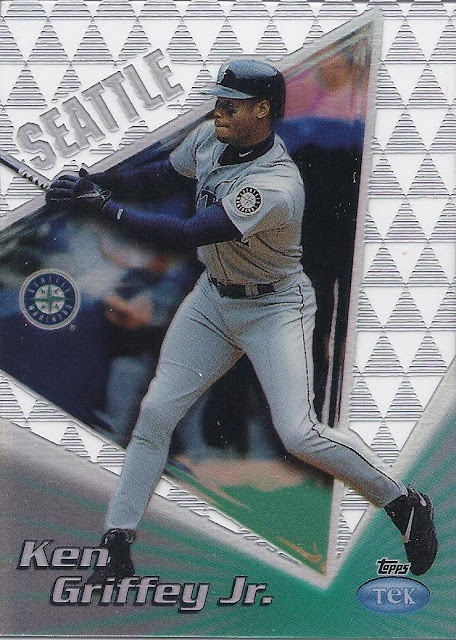 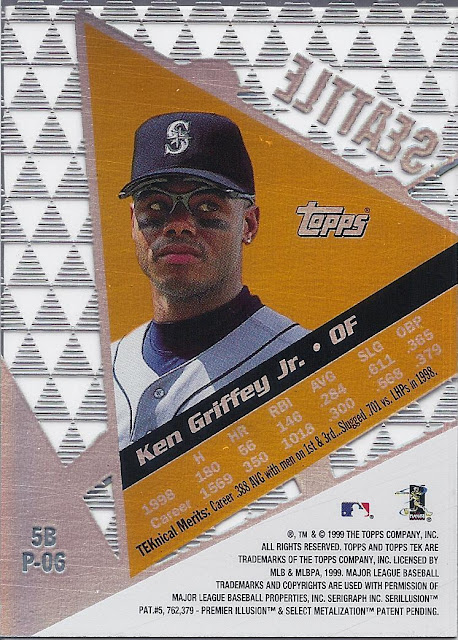 Scans can make refractor cards each look different; hence, this one looks a lot less gold than the other Tek card in this post even though they were both in the same scan.  I assure you they are the same amount of shiny and gold.

This is the one that did not already get a name.  Well, pattern P-06, I hereby dub thee "City Triangles."  We're not ones to go nuts on the creative names here at the Junior Junkie.  We aim for bland and easy to guess.

Sadly folks are very proud of their Topps Tek Griffeys, charging between 7 and 8 bucks for commons in any pattern.  I don't see me completing this set anytime soon.  And this is only the 2nd of three years they made Topps Tek.  That means there's a whole lot of different patterns floating around out there.....
But that's what collecting is all about: perseverence, patience, and paying too much for things.
Posted by The Junior Junkie at 4:22 PM