There are a bunch of Griffeys on COMC that have been making my mouse finger twitch for some time, and this past week I finally pulled the trigger on a whole bunch of 'em.  Buyer's remorse be damned! 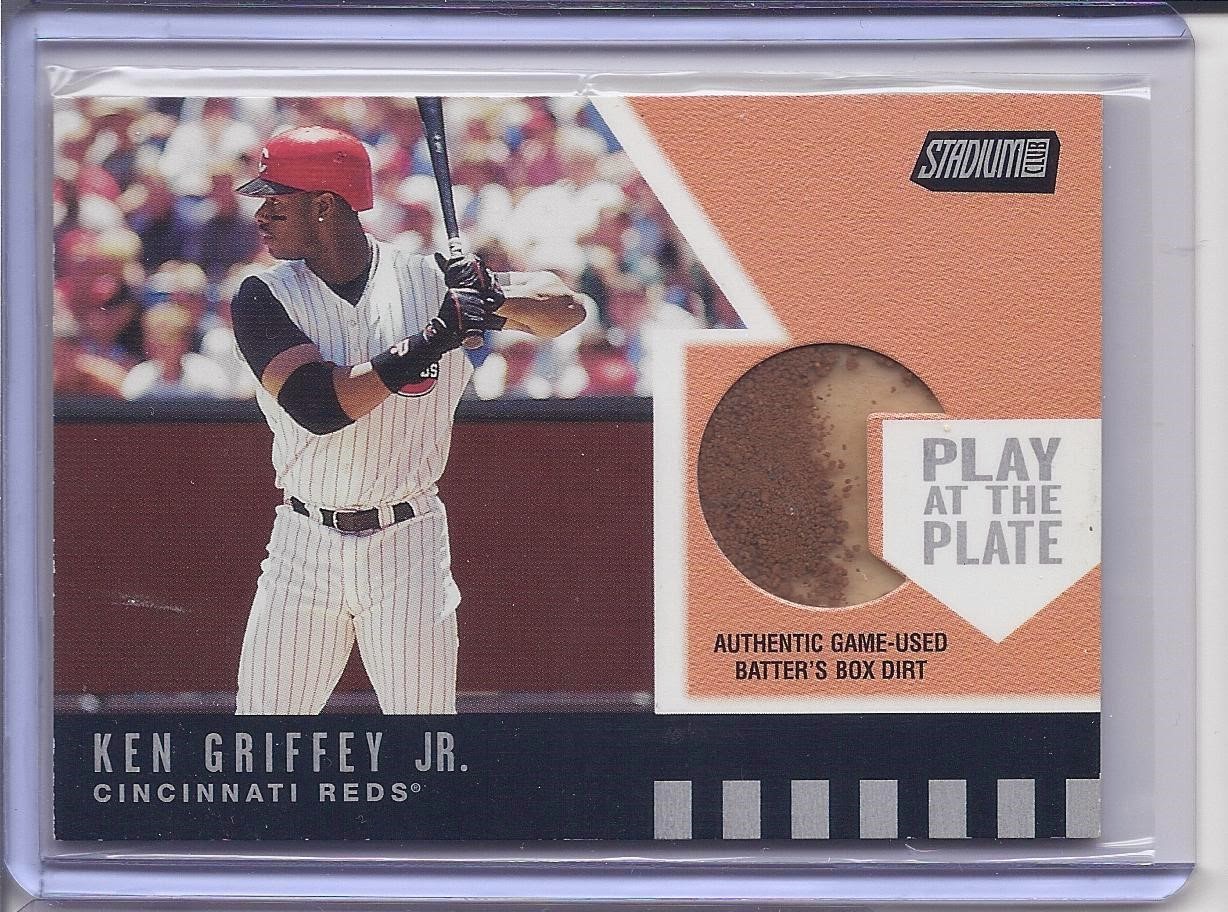 I've been drooling for this one ever since the first time I saw it atop PATP's blog.  What a concept.  I'm kind of surprised it's only been done the once.  Tough find, but I finally landed her. 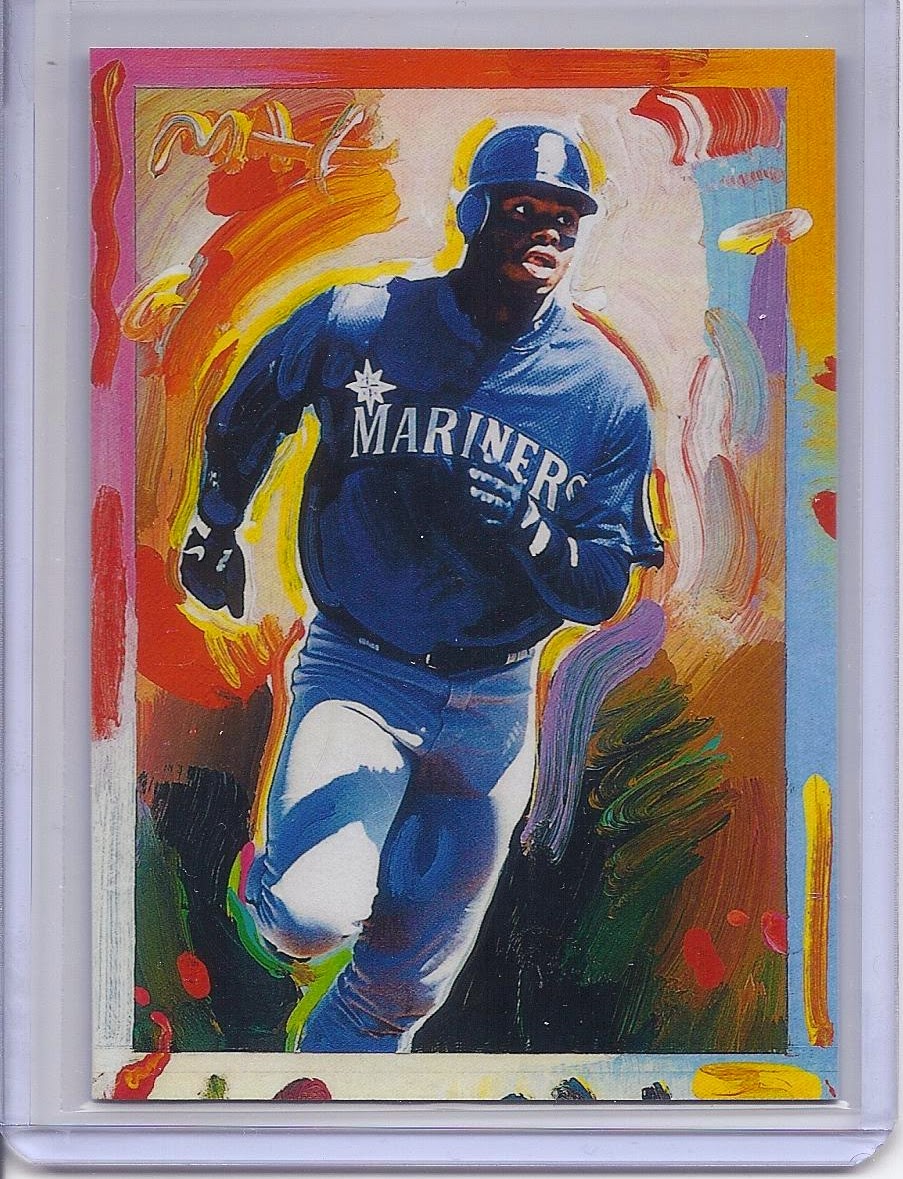 This one, too - a very difficult card to land.  The whole insert set is just impossible to pin down.  I pulled the Frank Thomas from a pack back in '98, and while I love it I always really wanted the Griffey.  How much did I want it? 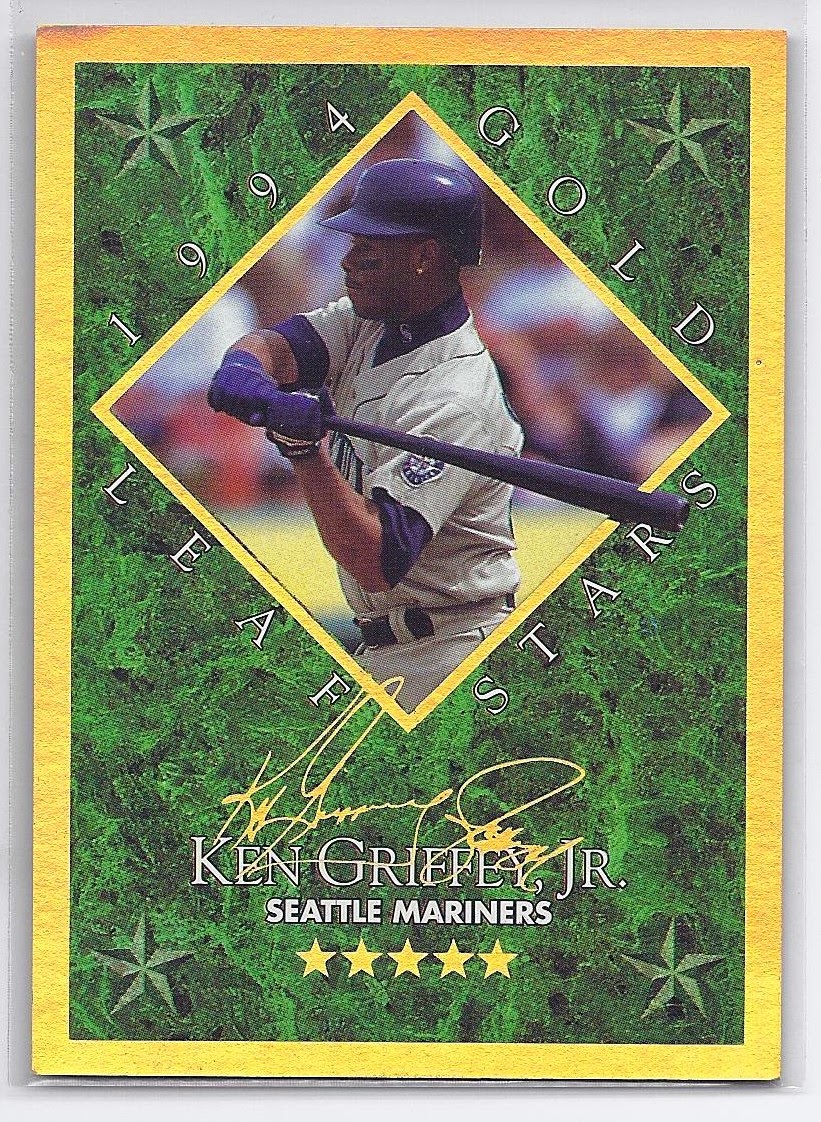 This is a really beautiful insert I could never find for a good price, and I still haven't.  I paid a premium for this card because of the numeration.  I consider it worth it, though. 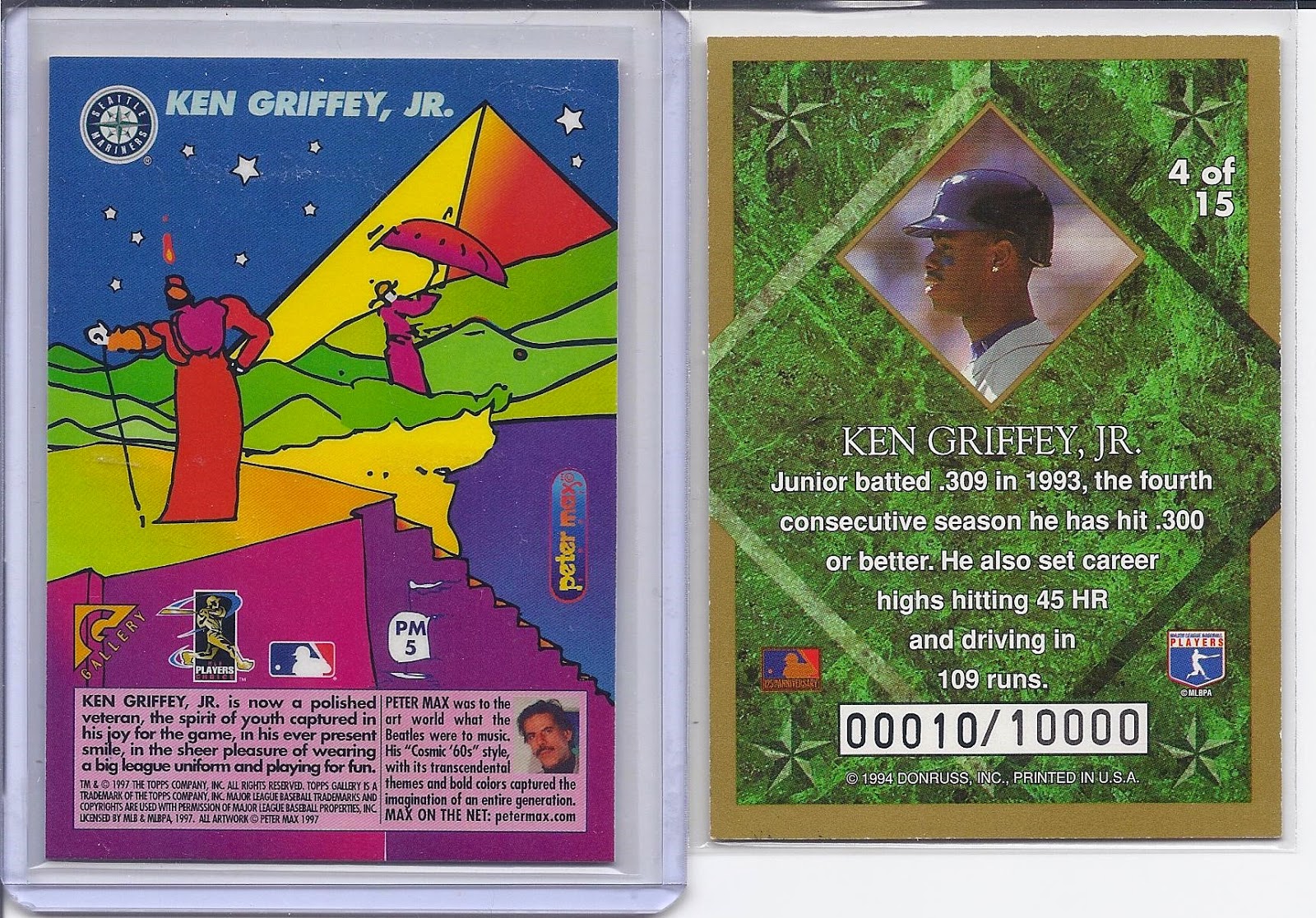 That Peter Max back is amazing and different on every card in the set.  And the Gold Leaf Stars?  It's number ten.  Ten....out of 10,000.  I just think that's really cool. 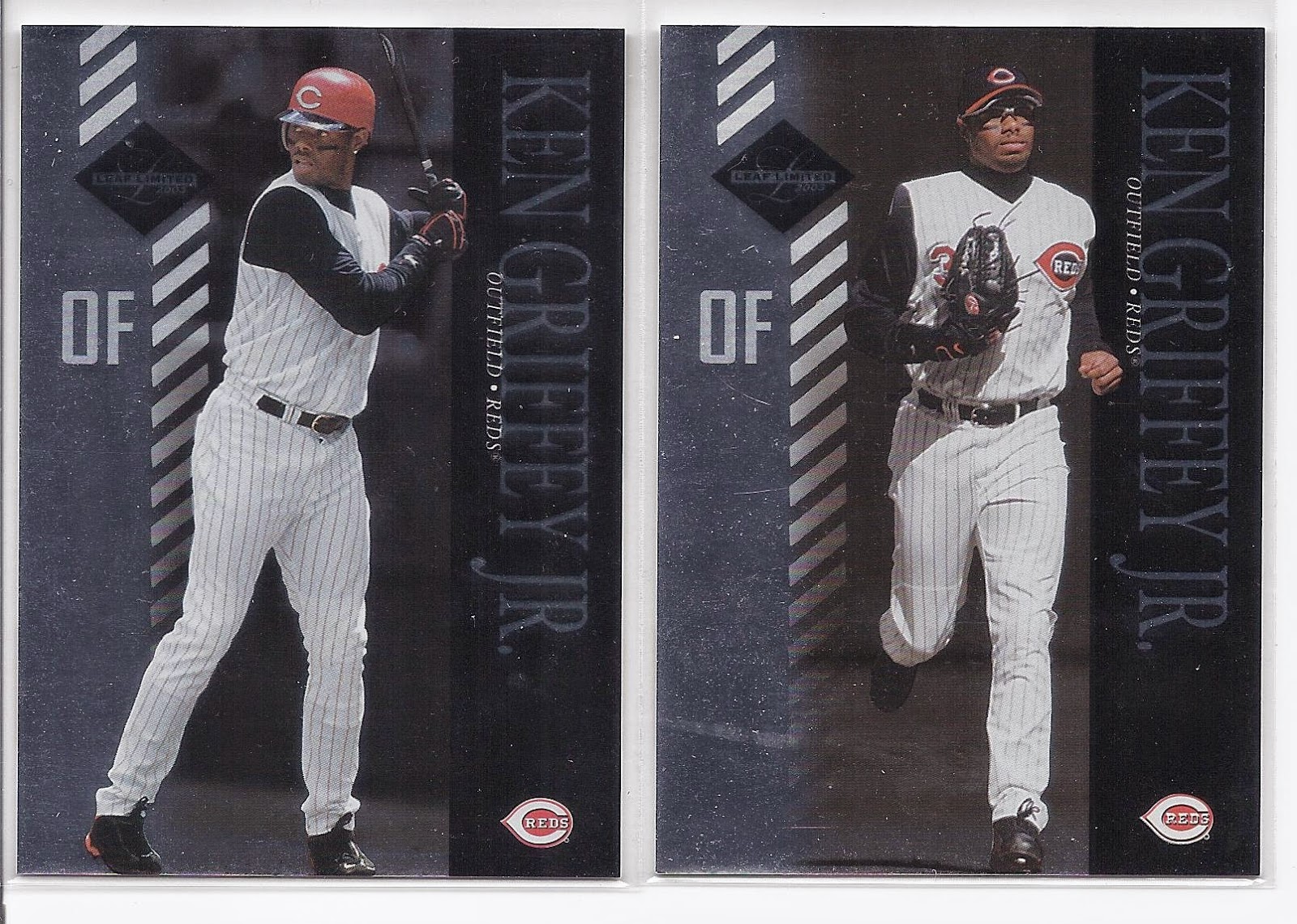 While I'm not that crazy about this set design, I can't not pick up a base card when it becomes available.  There are still so many more timelines to do. 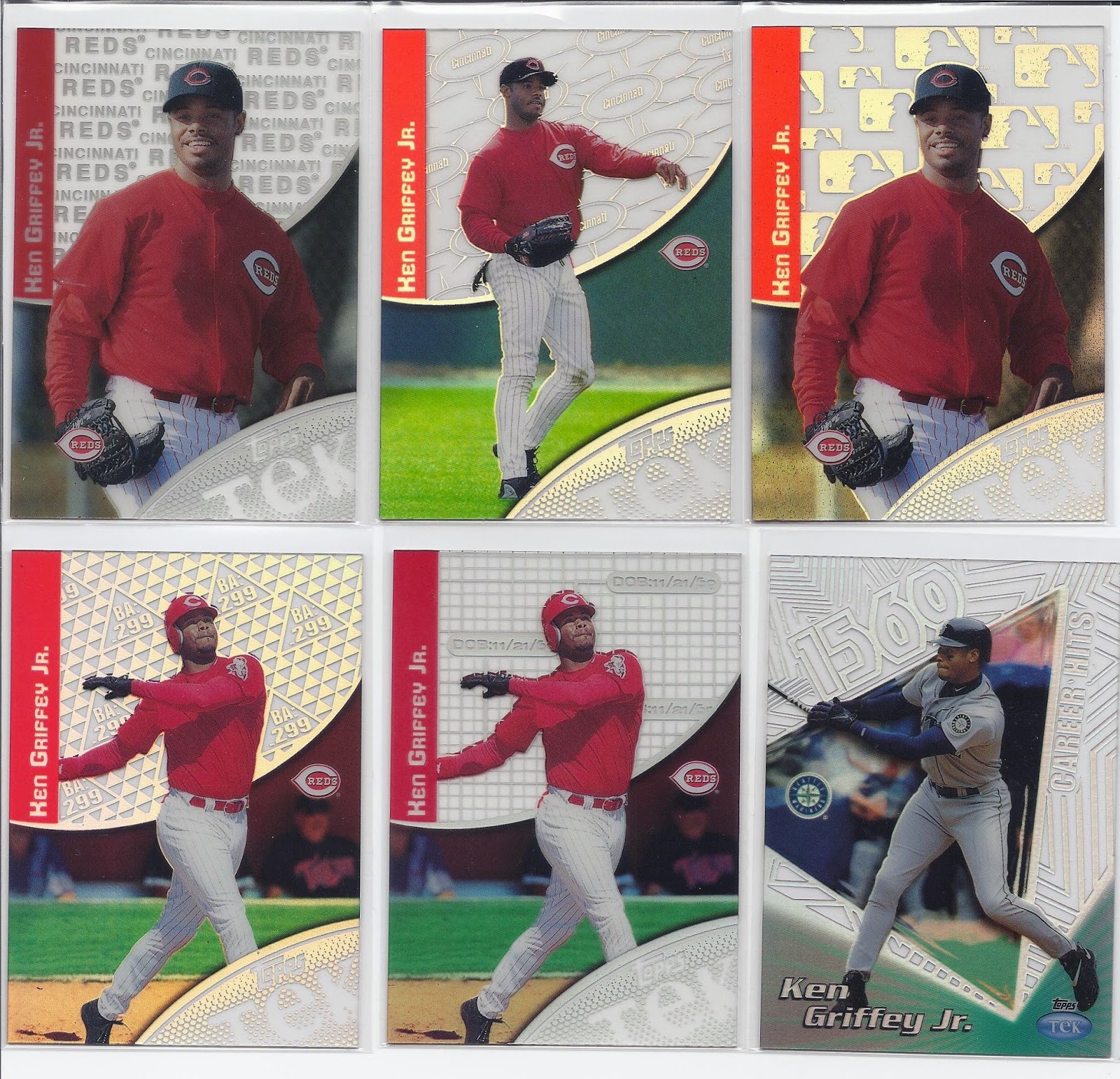 I'm also a sucker for reasonably-priced Tek patterns.  Somebody on COMC has a bunch of these on COMC right now for five buck each.  He's dreamin'.  These were less than $1.50 each, and that's where they belong. 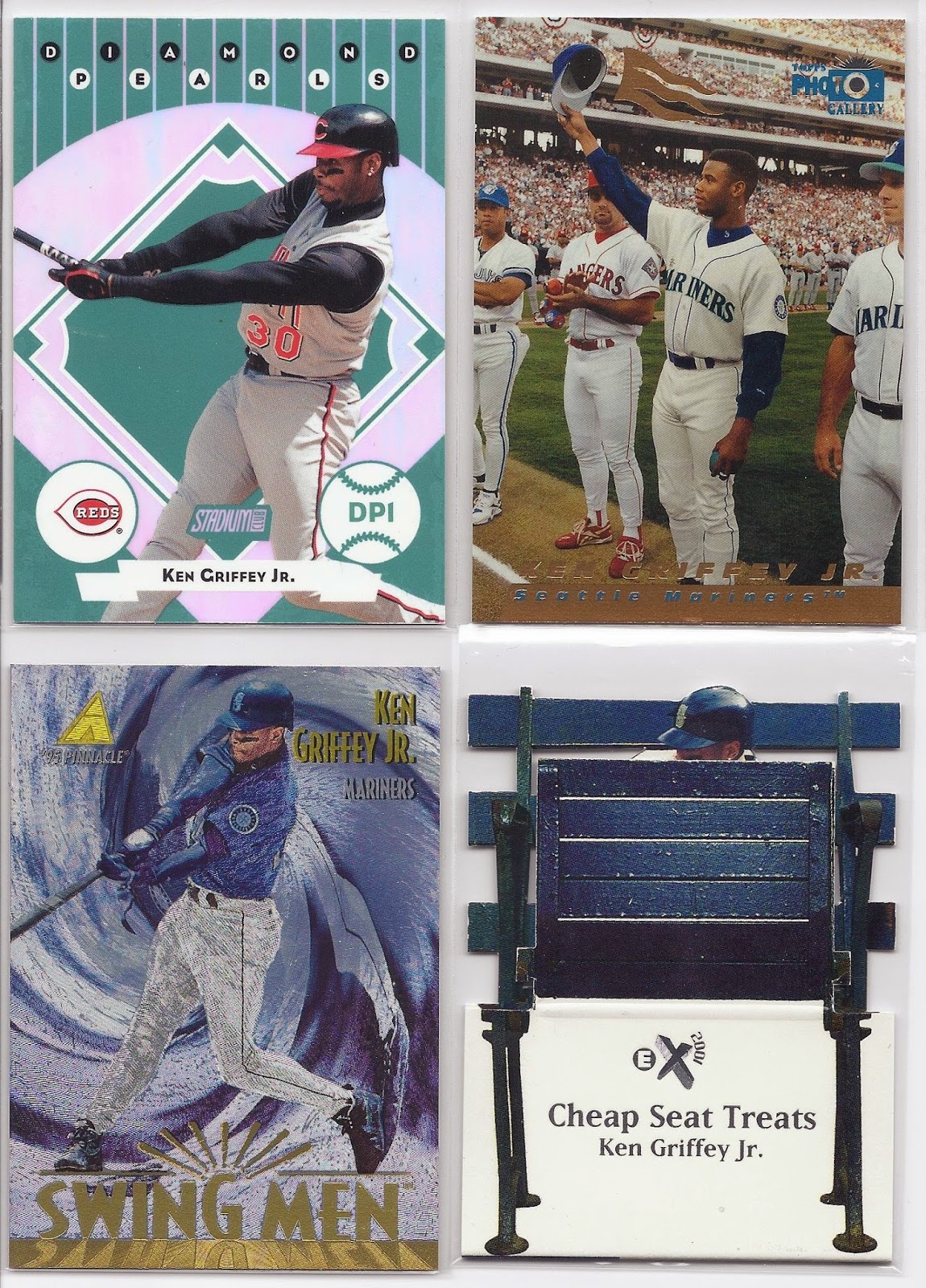 I've been looking for a clean Diamond Pearls insert for a while.  It's a beautiful card, but the surfaces get damaged so easily in the pack.  I'm still not certain how I'm going to store it.  Should I risk the binder? 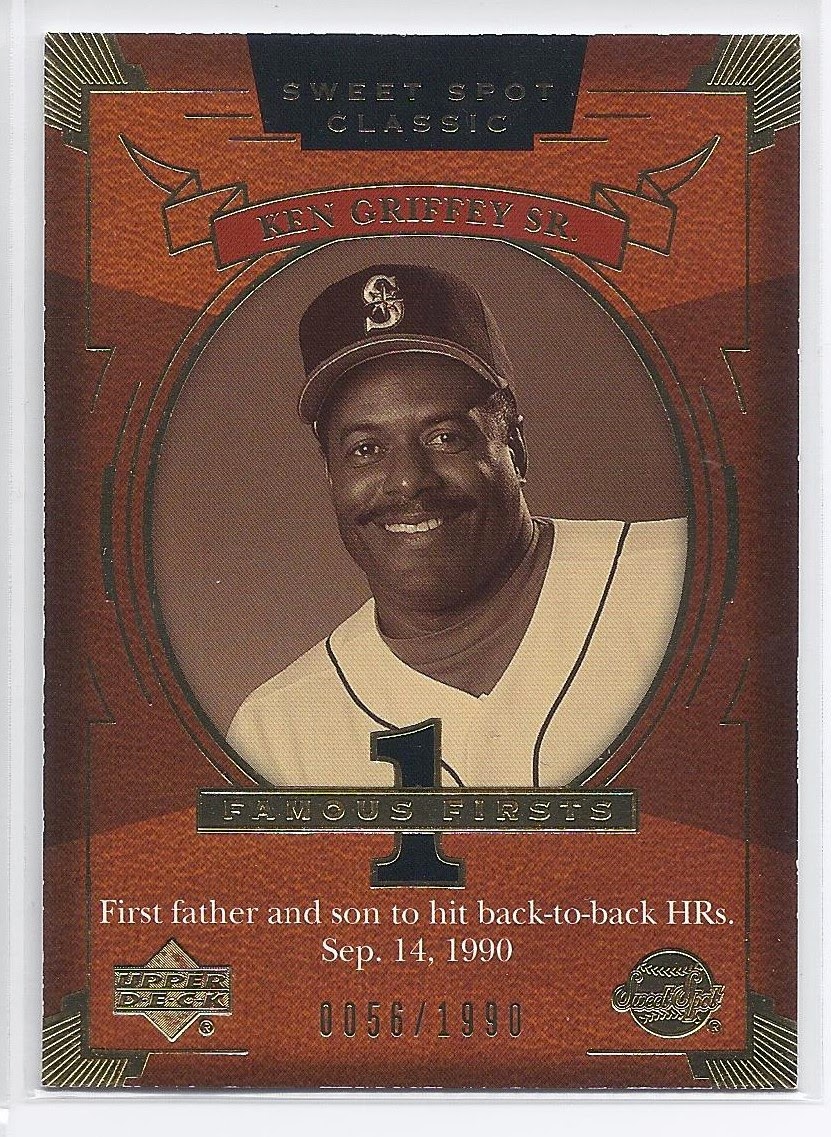 Okay, not a Junior, but a Griffey nonetheless.  This one won't be counted in the collection, but how could I pass it up?  It's stunning. 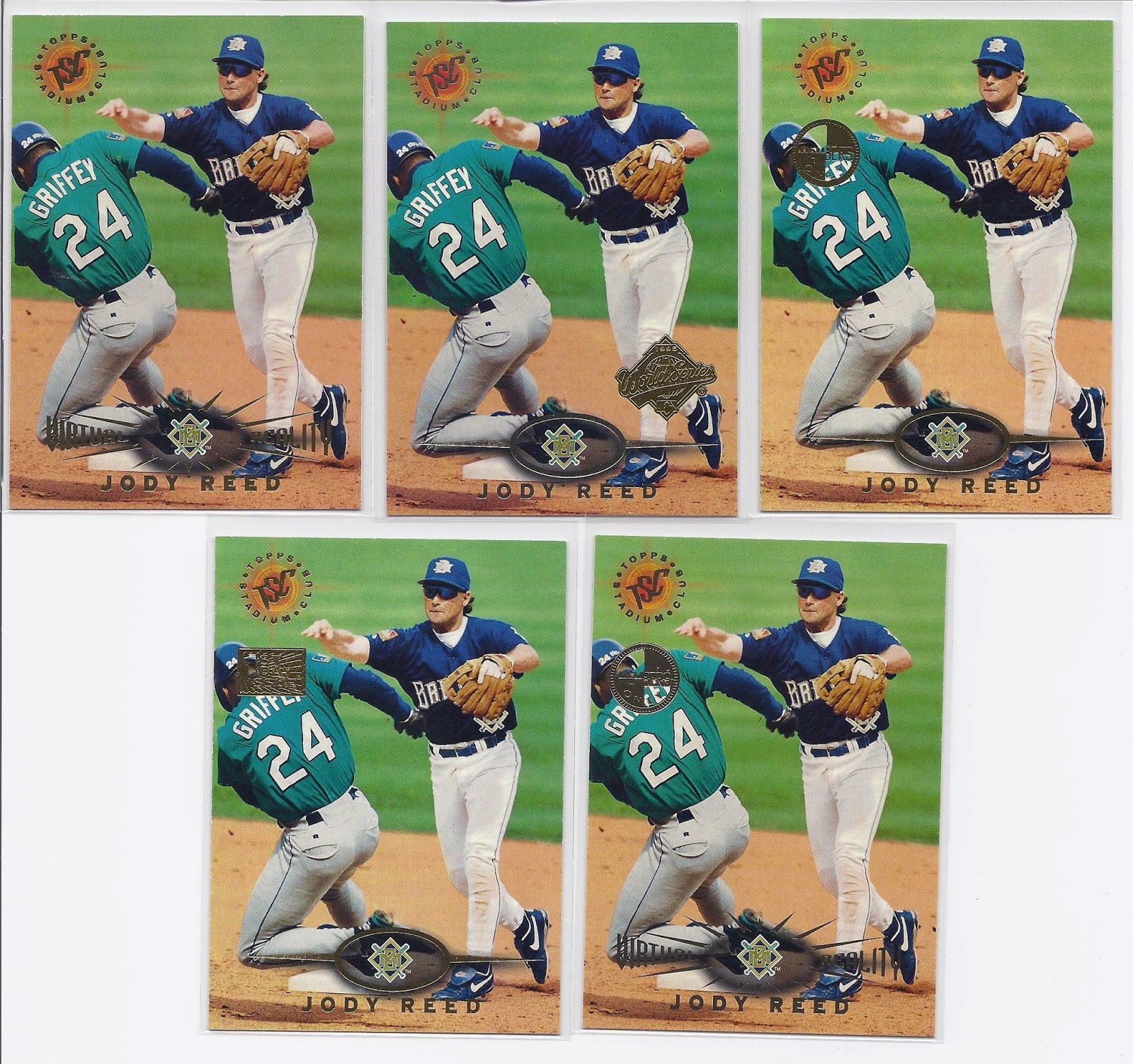 Cameos!  These are all different, and none of them are the regular base card.  Can you spot all the differences? 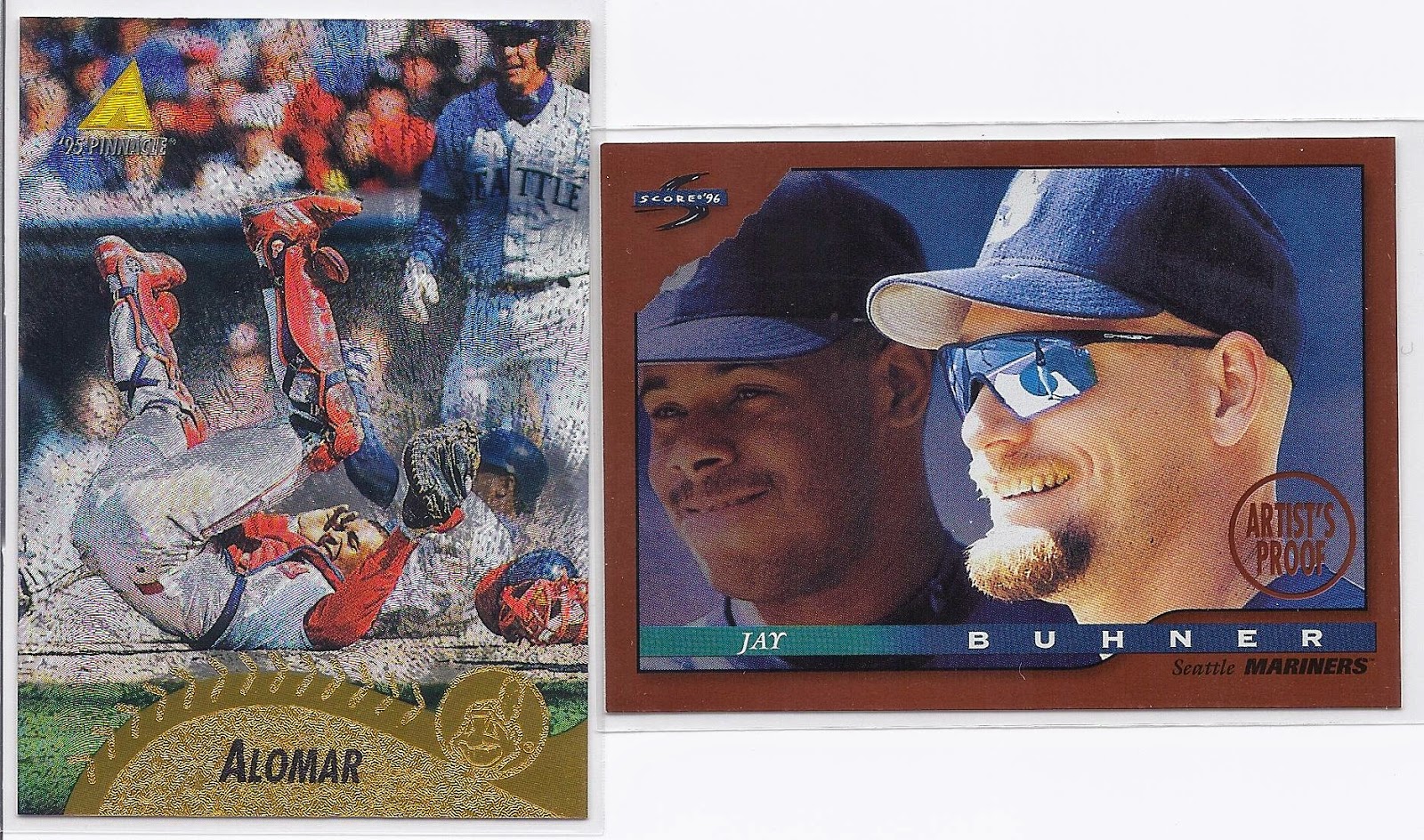 Finally, one of the great things about cameos is the cheap parallels.  Case in point: these two cards.

I know this entire post was essentially bragging.  I promise more actual content in future posts.
Posted by The Junior Junkie at 9:30 AM