It's gotten to that point.  I now have Griffey collections within my Griffey collection.  More specifically these are cards which if I see and I don't think I have, I snap up immediately.  There are a lot, so here are just a few to get us started.  Enjoy! 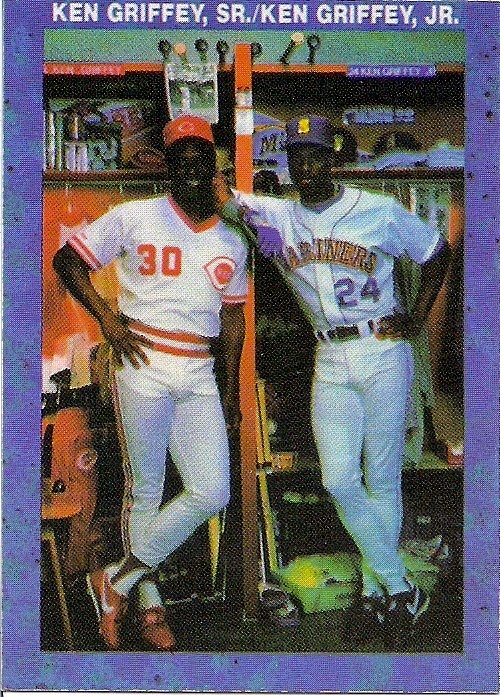 This is one of the most prolific of all my GMC's.  Junior appeared on a LOT of cards with his Dad, especially in the early 90's.  Many of them feature both in Seattle uni's.  This particular one is a little more rare, featuring the pair in their respective uniforms of the time.  Certainly one of the great stories in baseball history right here. 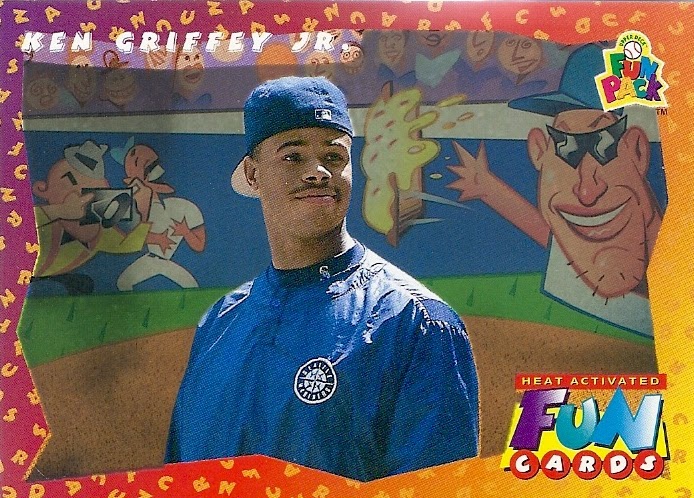 It's no secret that Griffey and Jay Buhner are good friends.  They, too, appeared on a ton of cardboard together.  A large portion of those are Buhner base cards with Junior playing in cameo.  This one is the opposite: Buhner on a Griffey.  Also it was a bitch to scan mid-heat-reaction, so don't skimp on the looking. 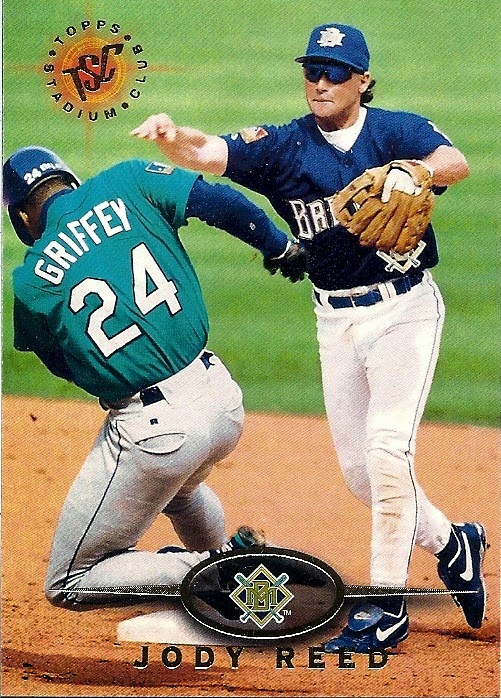 I get really excited when I find out about a new cameo.  One of my favorite attributes of the cameo is when the other player is a relative no-name, making parallels, even really cool ones, super cheap.  Yes, I count these as Griffeys in the collection totals.

These can get expensive, but they're totally worth it.  This particular one has a flip-flopped Junior on the back of a parallel Bobby Abreu rookie.  It was a pretty nice card without the error.  Many thanks to Dime Box Nick for this one (he sent the above cameo, too - man, I owe that guy). 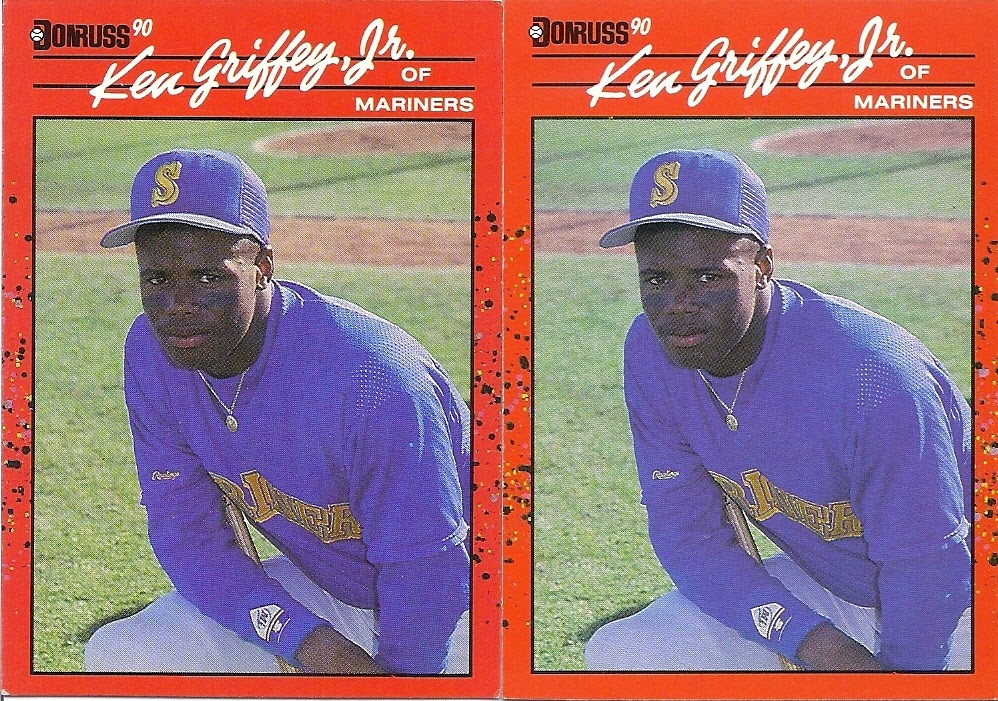 You've gotta be sharp to spot these.  I can't tell you how many '90 Donruss Griffeys I've gone through looking for variations in the border speckle pattern.  My go-to on these is that pair of dots to the left of Junior's cap that are a little diagonal from each other.  They're not on the card on the right.  Variant!

I've only found a few, and I've seen hundreds of this card at shows and such.  I can prove it, too.  Go to COMC.com, type "1990 Donruss Griffey," click on the loose base card and find one with a speckle pattern like that one on the right.  I dare you.  COMC scans every individual card for sale, so you're looking at the very card the seller submitted for sale.  This also works for the Diamond Kings from this set as well as the three Griffey base cards from the 1991 Donruss set.  The going theory is that the variations are from factory sets.  Makes sense.

Thanks for looking!
Posted by The Junior Junkie at 10:21 PM