I Got Some Booty From Matt at Red Cardboard

I won a contest for sending the most Reds cards to Matt over at Red Cardboard.  His is one of my "must read" blogs as he has a cardboard lust similar to mine (except team-focused as opposed to player focused), he loves the Reds so there is some overlap our collections, and because he is damn funny.

Matt sent me a couple of lots featuring autos, relics, and a bunch of vintage.  Here are some highlights in no particular order: 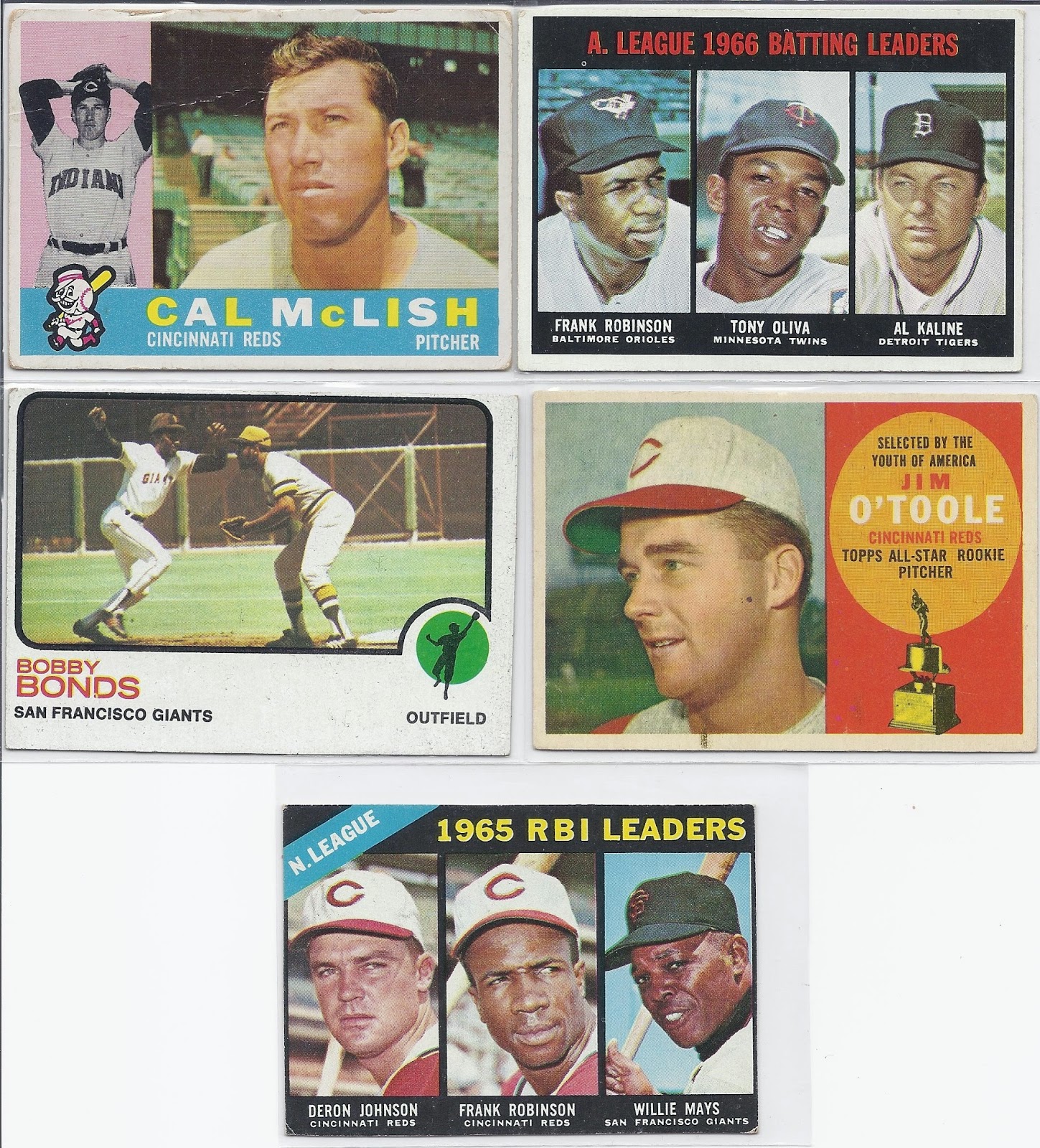 Contrary to what you might think I don't just collect Griffey.  I get just as excited about vintage as most other collectors.  I just don't have much, or at least I didn't.  Matt's mailer was loaded with stacks of lovely old cardboard. 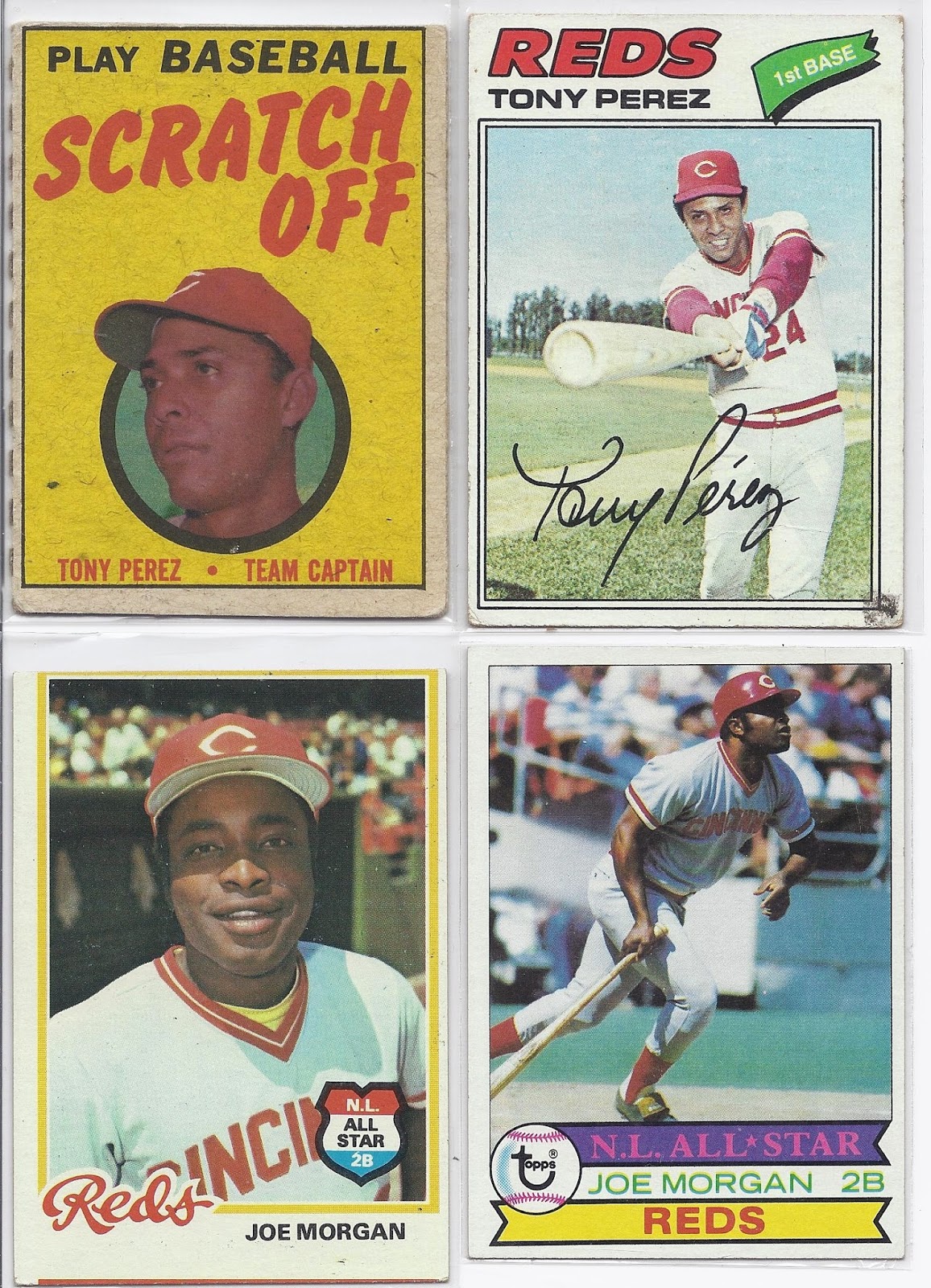 Of course there were lots of Reds cards.  Here's one of my favorite Joe Morgan cards with an awesome mis-cut.  Say what you want about dead-on-centered cards - this thing has character.  And how great is that bat barrel shot of Hall of Famer Tony Perez?  He was the reason Junior couldn't keep his #24 when he moved to Cincy - it was retired the same year he moved there.  No worries, though.  Mad respect for TP. 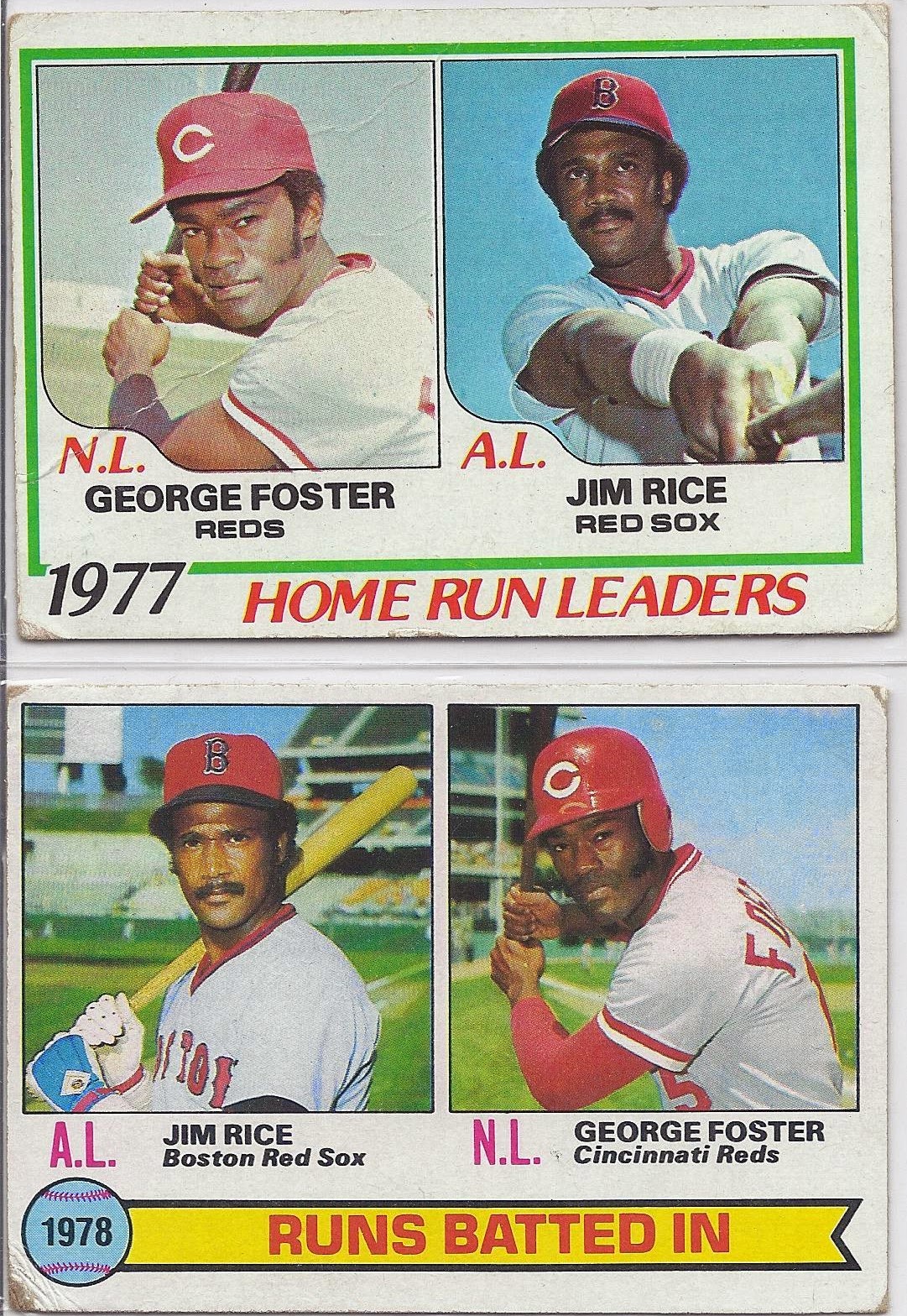 I never read anything about Jim Rice anymore.  The was an 8-time All-Star as finished his 15-year career just a hair below .300.  And how about that mustache?  This is the stuff of legend. 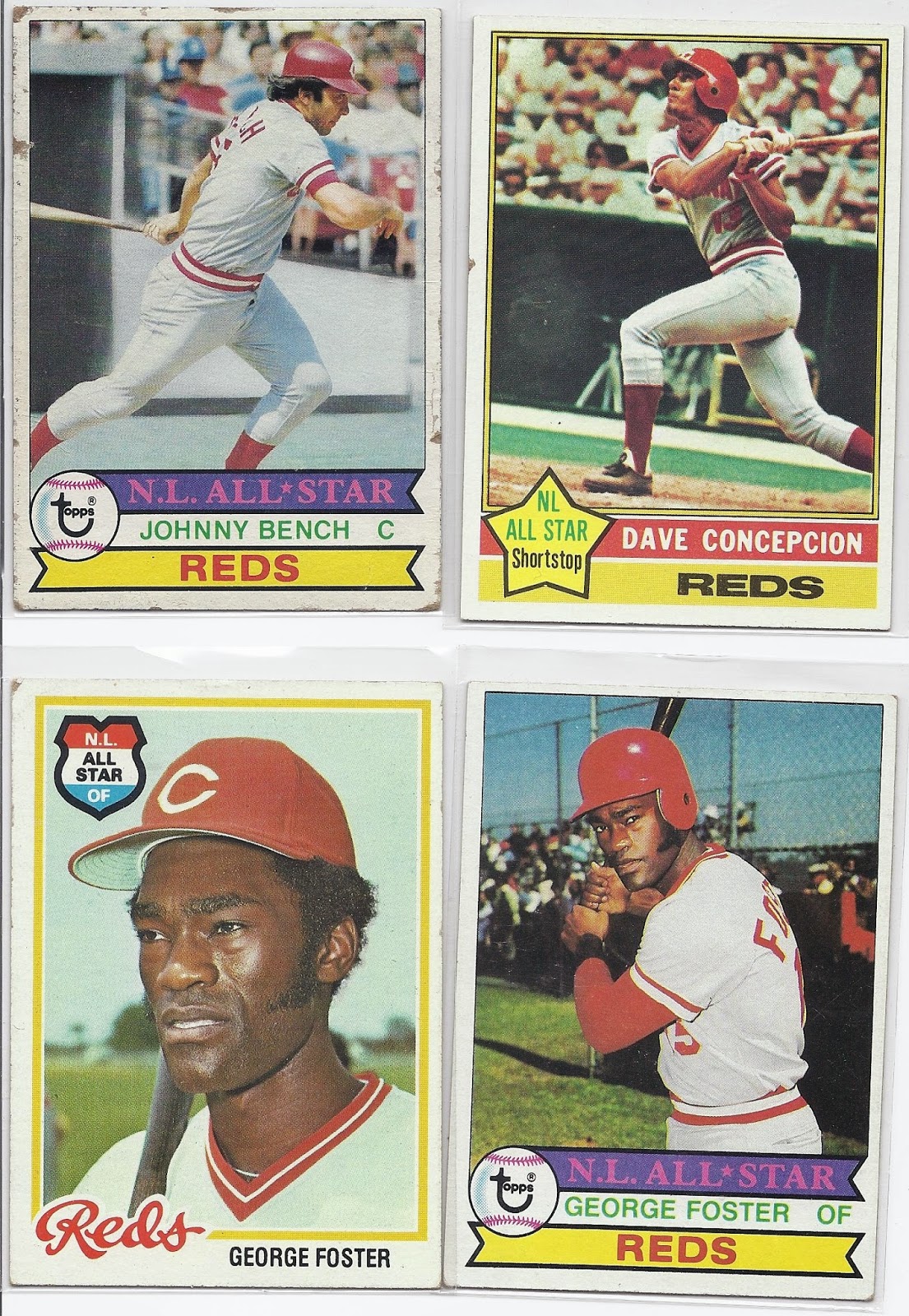 It's about as legendary as George's sideburns.  I don't think I've ever seen them cut any other way that the trademark point. 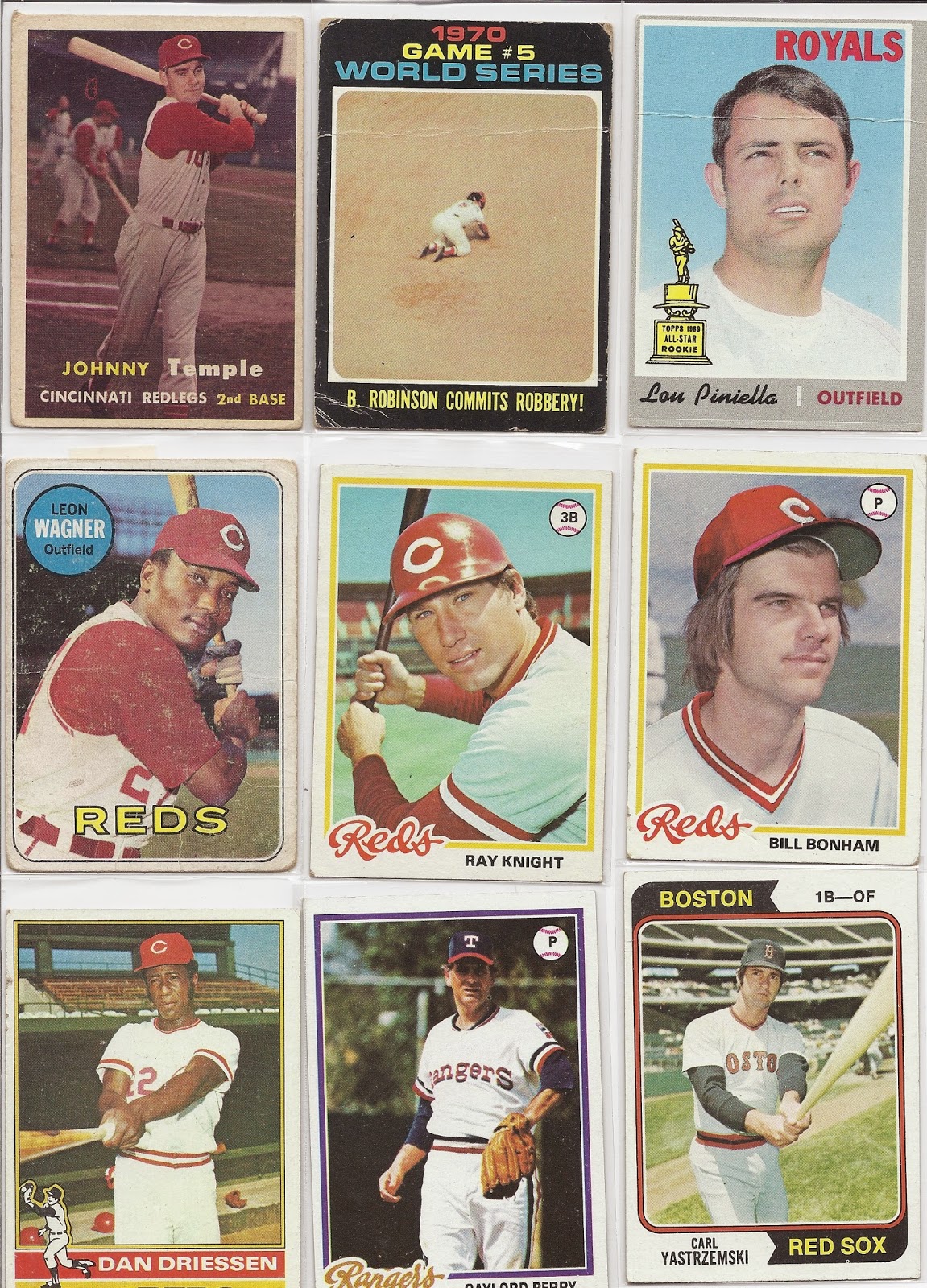 Just some cool old cards.  That Ray Knight speaks to me with the sun glaring off his ear-less helmet.  It's like one of those modern Topps sparkle SP's but, you know, not really, really stupid.  The background of the Johnny Temple is freaking beautiful, and that Brooks Robinson is as Tatooine as they come.

Out of these nine cards I was most excited about that Piniella RC.  As a Griffey fan I grew up watching him manage the M's through the 90's and to their first division title.  I also saw him scream a lot. 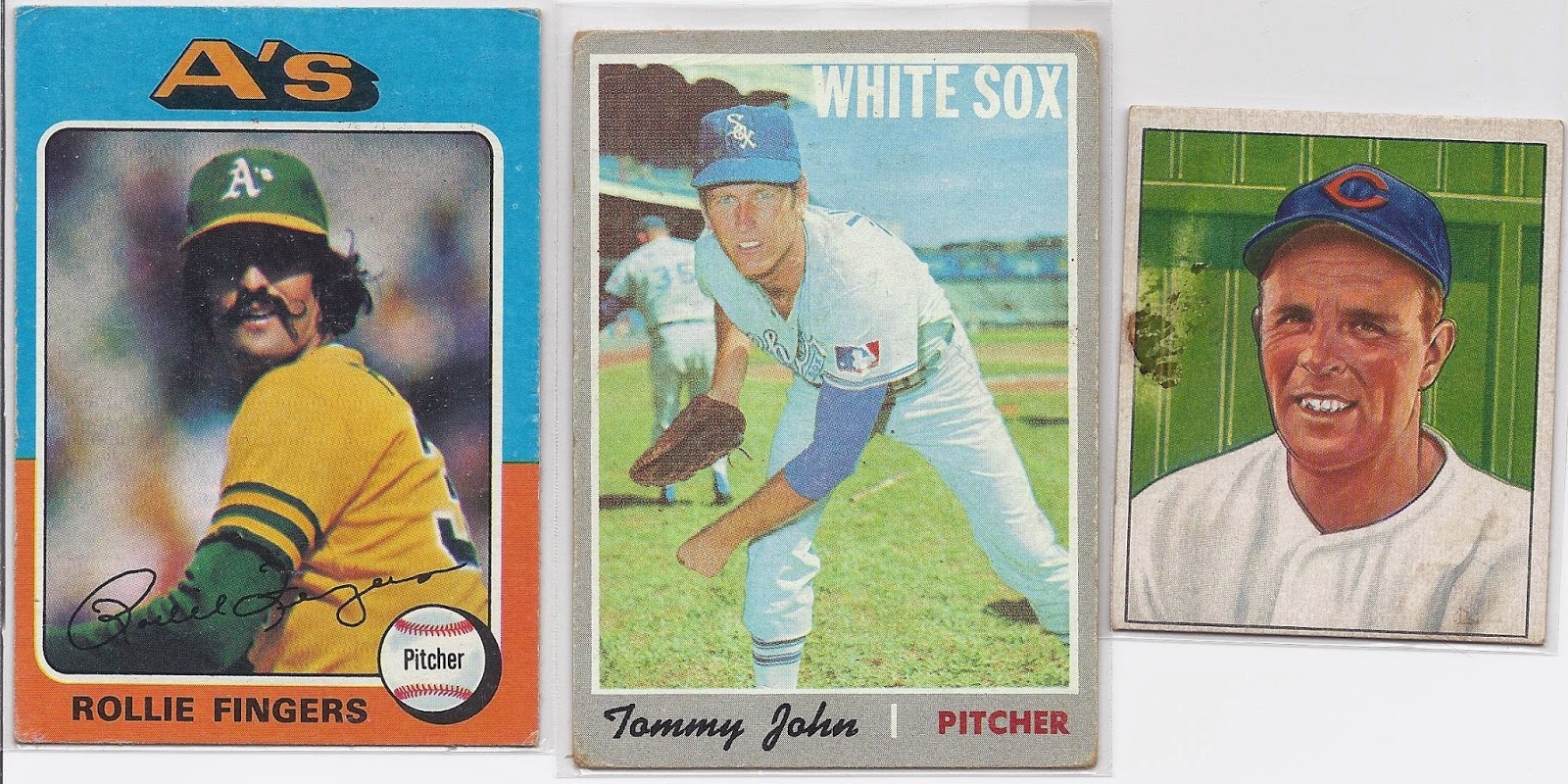 I don't know about you, but I cherish old Rollie cards.  And how many trade packages include a 1949 Bowman card?  Wow.  And of Johnny Vander Meer no less.  The guy threw consecutive no-hitters as a Red, and apart from that glue stain this card is in excellent shape.  I can't promise I'd be as generous as Matt with my giveaways....! 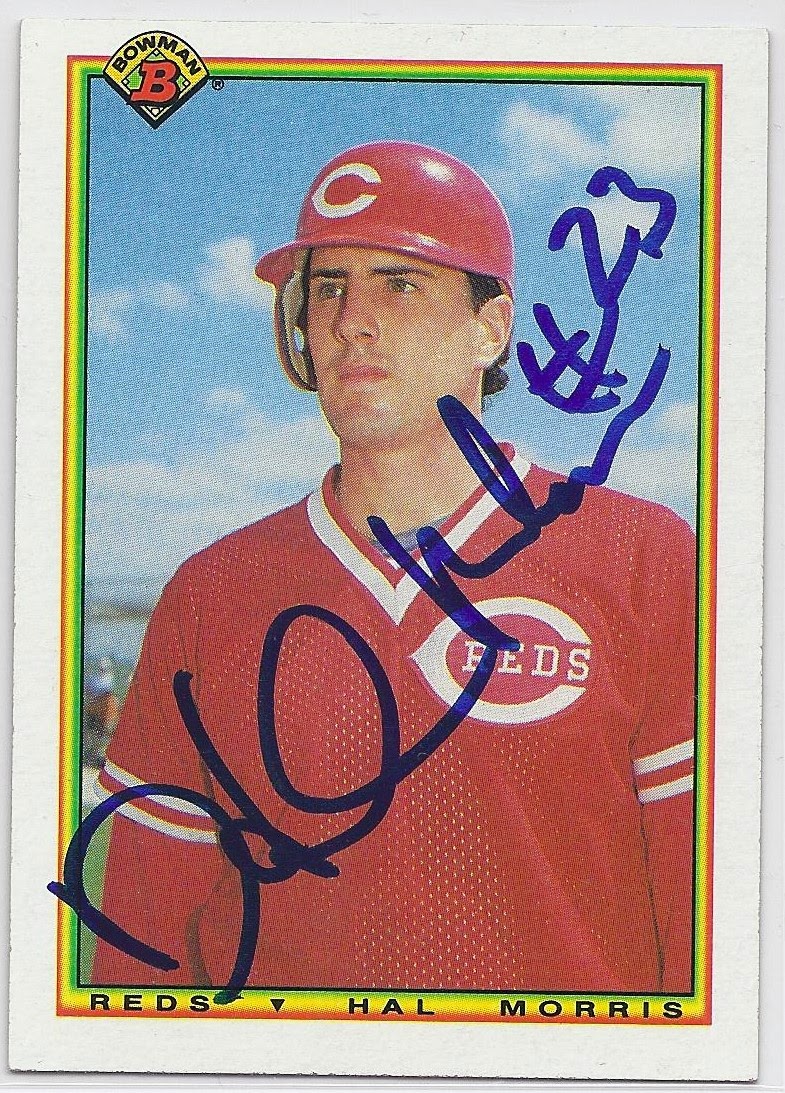 I know a lot of you guys do the TTM thing, so cards like this are a common thing.  Me?  I still get all giddy around autographs, even if they're on 1990 Bowman cards.  Hal's H is a beast. 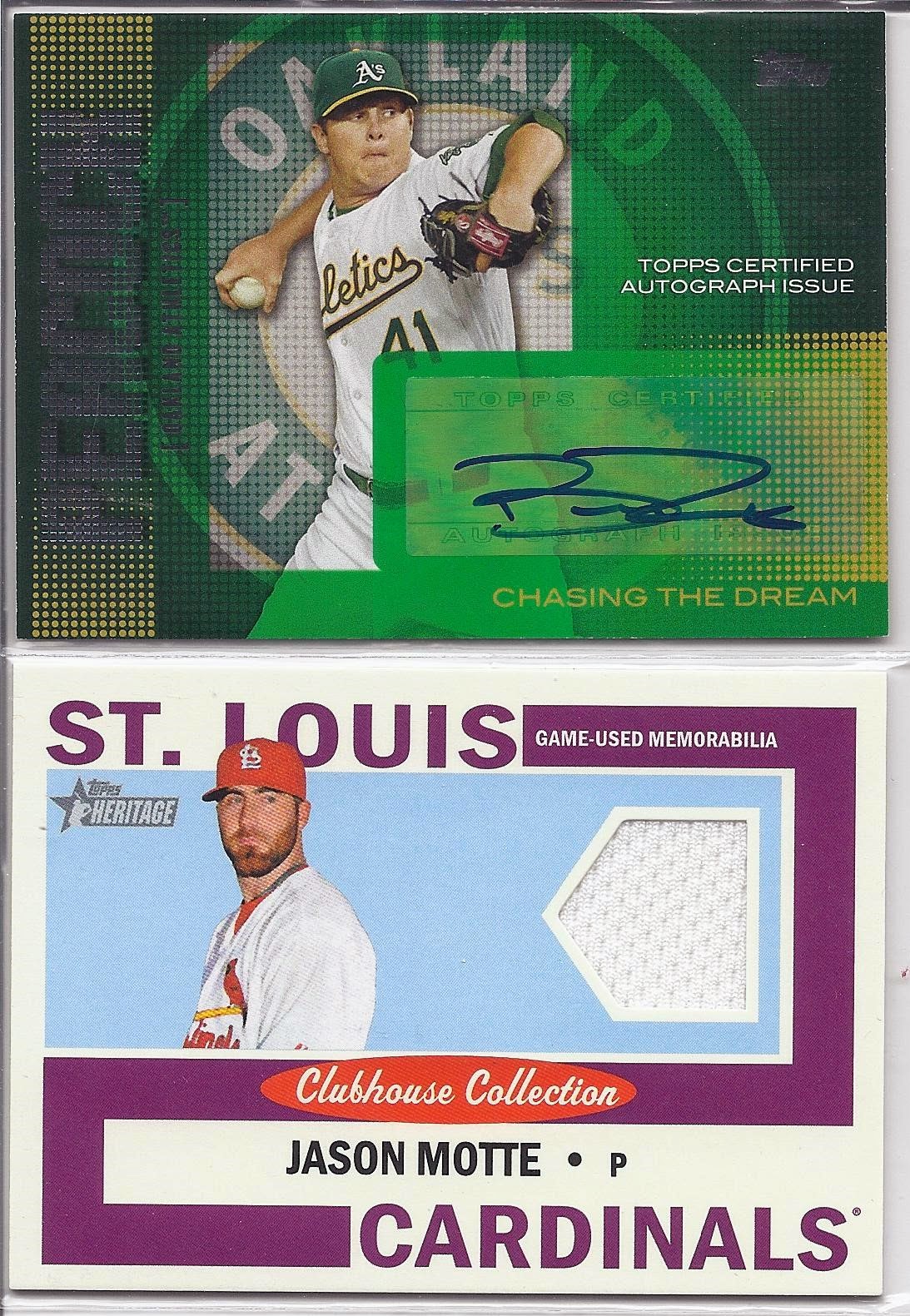 Those Chasing the Dream cards are well put-together.  Peacock's career is off to a slow start.  I think he's an Astro now which frankly isn't going to help anything.  Motte on the other hand got his ring, but he's also off to a slow start since his Tommy John job.

Amazing prize package, Matt!  Really, thanks a ton!  I already have some cool Reds cards lined up for you, including one from this past card show.  I'll send them....eventually.
Posted by The Junior Junkie at 5:00 PM