I have a ton of cards to mail out on Saturday.  This is part of the reason why:

When my wife and I got home from Vegas, two things were waiting for us in the mail: a credit card offer from Citi and a package from Nick over at Dime Boxes.

I had e-mailed Nick a few weeks ago, notifying him of the stack of cards I plan on sending him (which is still growing).  He told me it would take a while to ship me anything back, so I figured I had some time to root through the many many boxes I have for only the Nick-worthiest of cards.  Lo and behold he beat me to it. 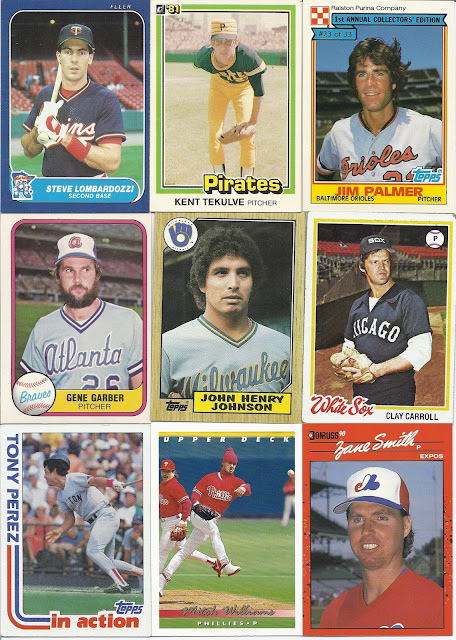 I think the 80's and early 90's may have had the funniest baseball card pictures.  There are some good ones from the 50's and 60s, and quite a few from the 70s, but everything that came out after those Iranian hostages were released is pure gold.

Case in point: Jim Palmer.  It's 3 years later and his hair is still extremely happy.... Nick loves '95 Fleer, and he catches Hell for it.  Well you know what?  I like it too - I'll admit it.  I think it's the predator-vision.  I can look at that all day like Geordi Laforge. 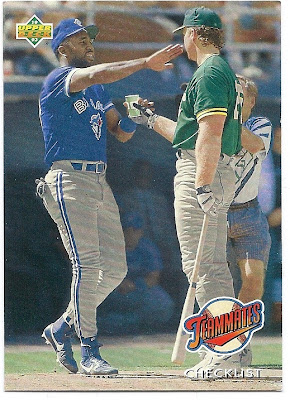 Whoa....save it for the rally there, Rolf.  There's a cameraman in jorts around here somewh.....oh, crap. 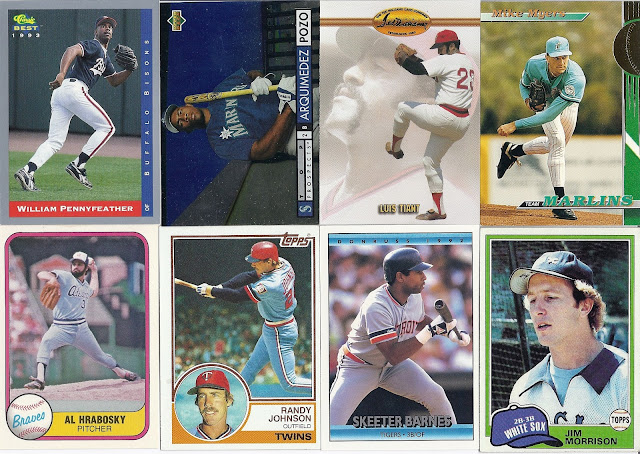 We need to bring Pozo into the gangsta lexicon.  As in "Damn, you just got Pozo'd, son!" or "Check yaself before you Pozo yaself." or "I'ma bust a Pozo all up in yo Pozo fo sho-sho.  Pozo!"
﻿﻿﻿﻿
Ladies and gentlemen, New Orleans native and all-around awesome guy, Will "The Thrill" Clark!  Out of the six WC cards Nick sent me I only had one, so this was a great treat!  That shot of him with Bonds and Matt Williams is excellent﻿﻿﻿, and those fleer cards have a great matte-glossy hybrid front that exudes class.

Chuck is also a great player and a great guy from down the bayou, Louisiana.  I'd like to see him in the Hall of Fame someday.

Big Unit rookie - it seems he always looked pissed off in his rookie days, probably because he was stuck in Montreal.  Those Ultra Stars cards are cool, and that Fun Stuff I'd never seen before.  That is how a caricature is supposed to look (are you paying attention, Score?). 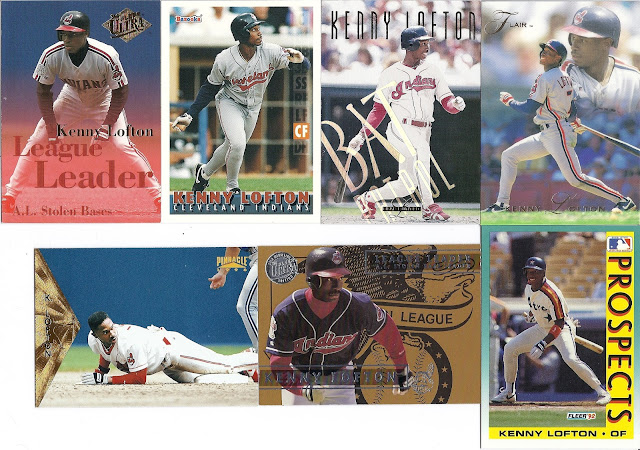 And finally, Kenny Lofton, scourge of parachutes everywhere.  Kenny was a solid hitter who could run like a beast, much like Willy Mays Hays in the Charlie Sheen/Tom Berenger classic Major League.
﻿
﻿Kenny was not only a really fast runner, he was also an amazing bunter.  Those two combined for an exciting player with solid numbers.  He played for 11 different teams before retiring in 2007.

Thanks a bunch, DBN!  I'm shipping you (and lots of other people) a bunch of stuff on Saturday - hope you like it!
Posted by The Junior Junkie at 11:24 AM