Joey Chestnutt broke his own record today when he ate 69 hot dogs in ten minutes at the Nathan's International Hot Dog Eating Contest.  As I watched Joey pull away from fellow contenders Eater X and Matt Stonie, I couldn't help contemplating what it is that makes a champion.  The first definition in the dictionary says that a champion is an "American dancer who choreographed and directed many musicals, including Hello Dolly!"  They took the words right out of my mouth.

Here's a bunch of patriotic Griffeys to celebrate the fourth of July by looking at: 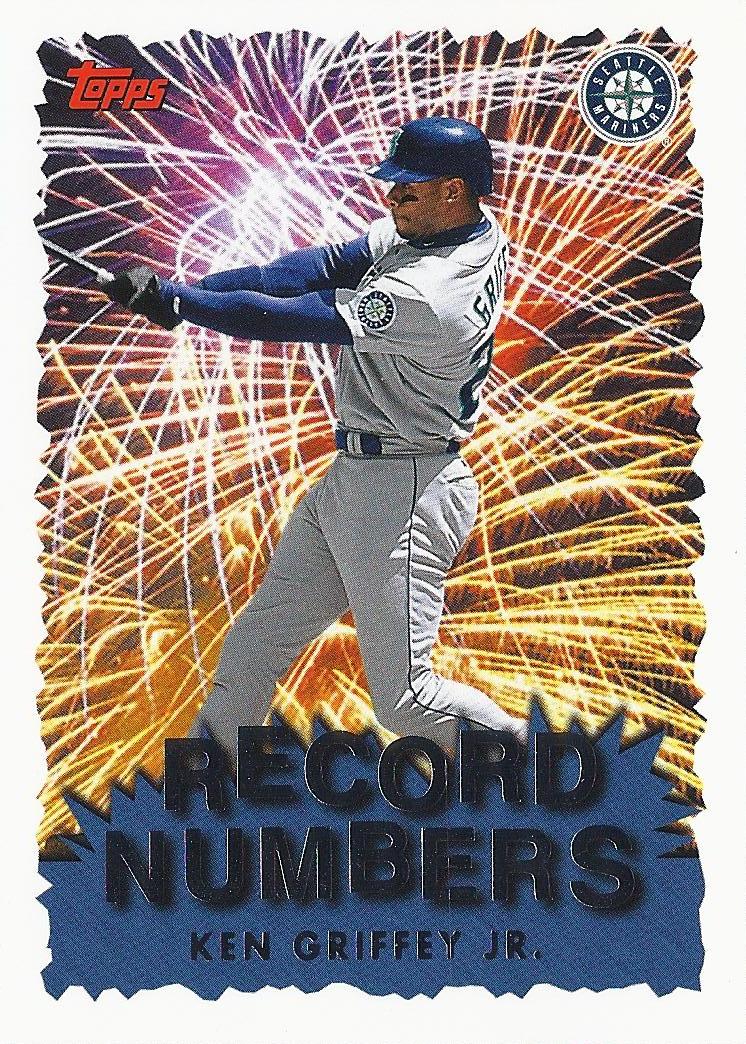 Back in 1997 while common folks like you and me were blowing up bottle rockets and roman candles, Junior was blowing up the AL West, setting a career high 56 HR and 147 RBI. 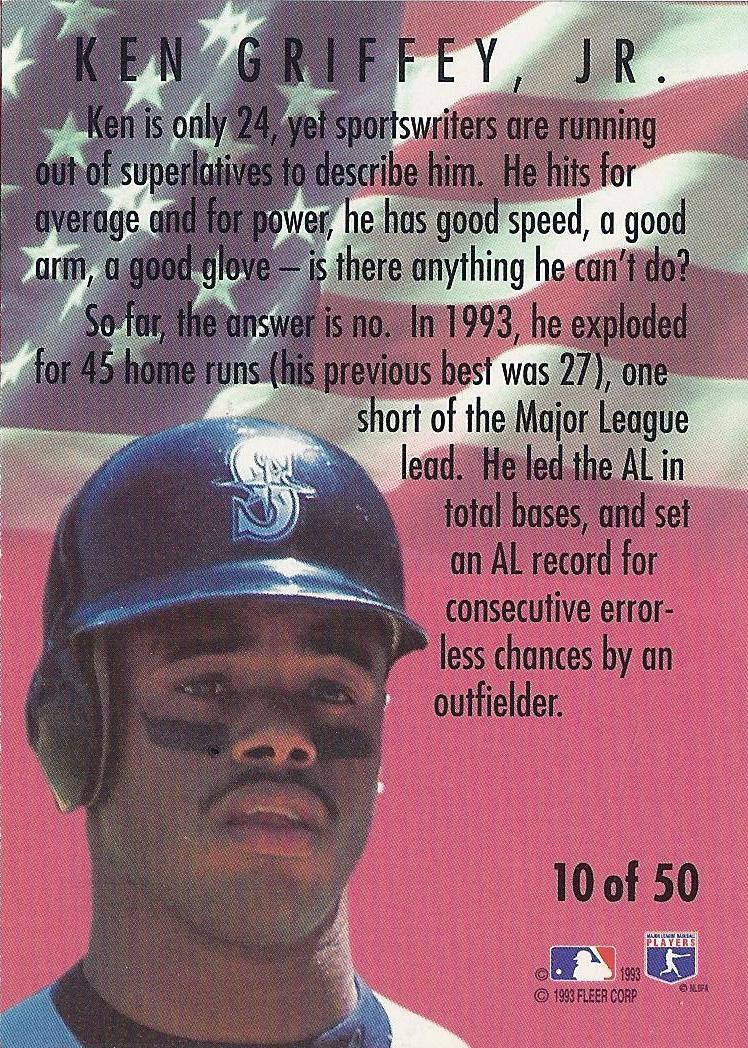 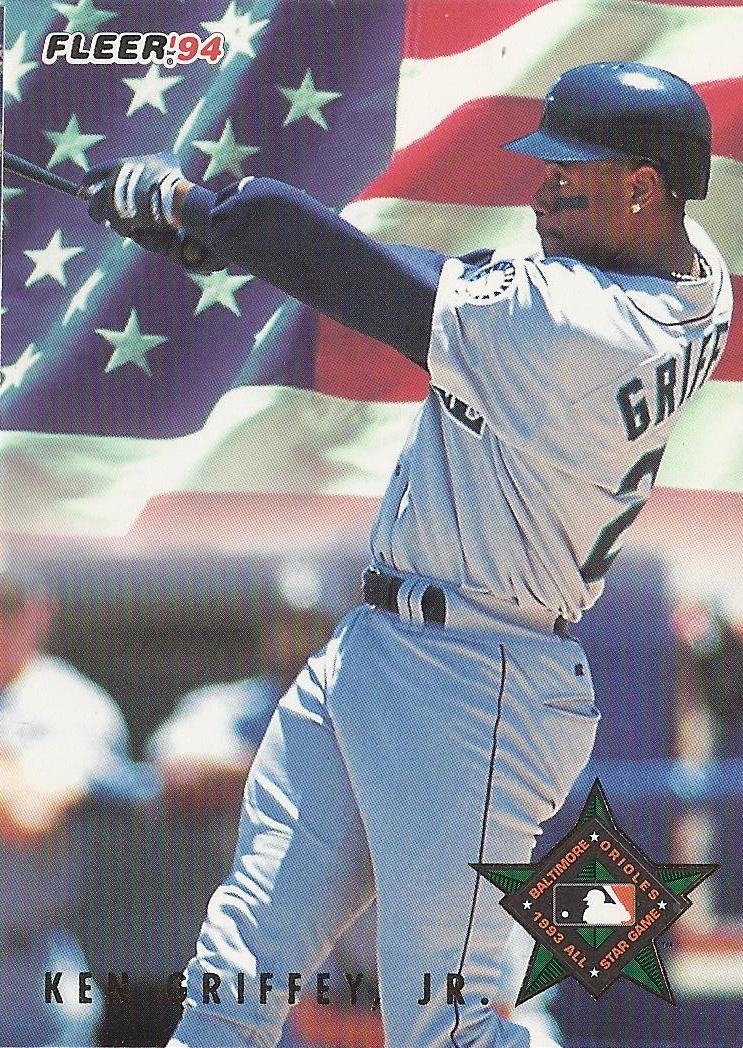 This card superimposes Junior against the ol' Stars and Bars.  Just like Rocky. 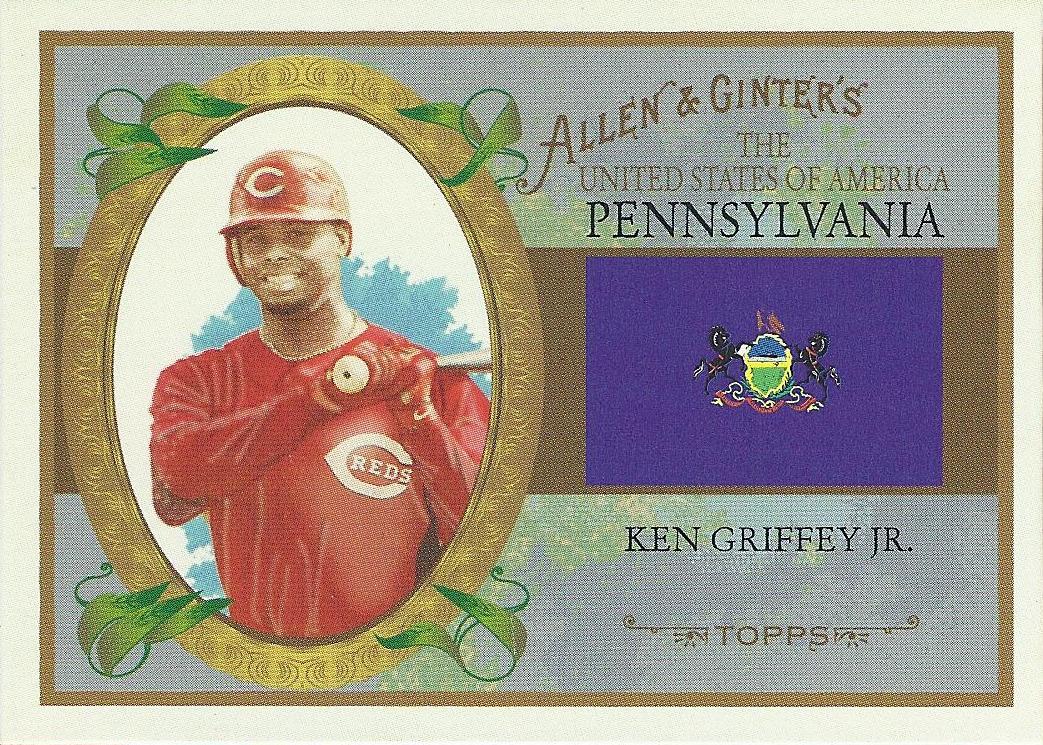 Also like Rocky, Griffey is from the state of Pennsylvania which is located in America. 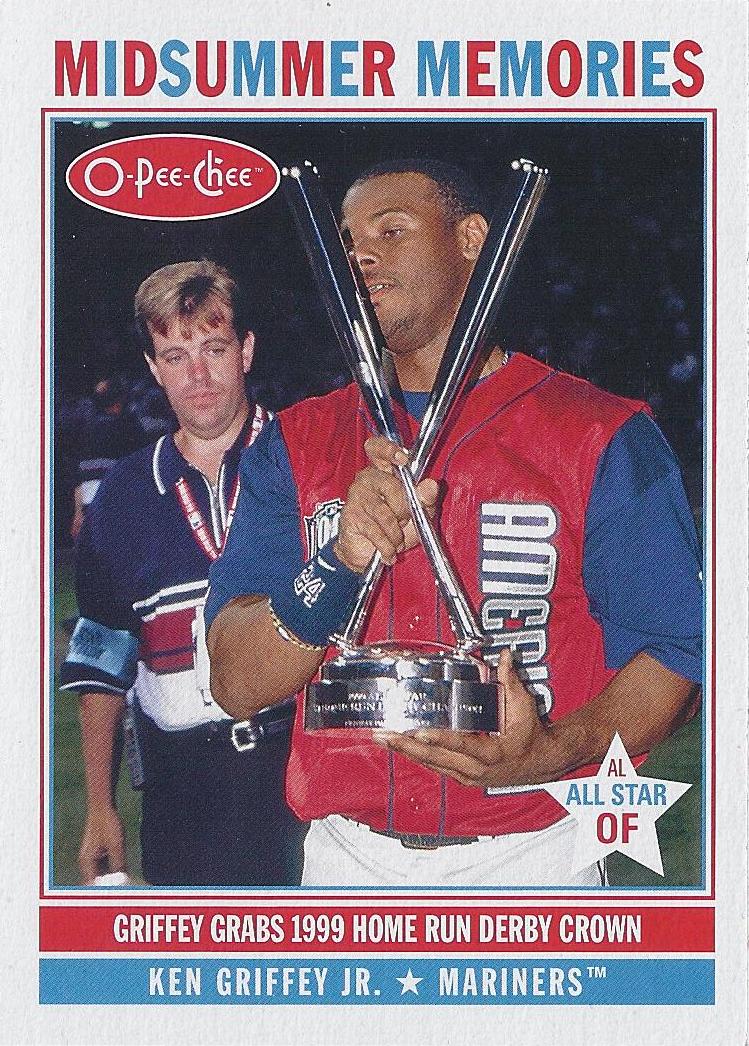 When Griffey accepted his Home Run Derby trophy in '99 he wore his "American" jersey to remind everyone of his fierce patriotism.  The guy behind him was super jeals of said jersey.  He was sporting a Ralph Lauren polo which, while it had the right colors, lacked tenacity. 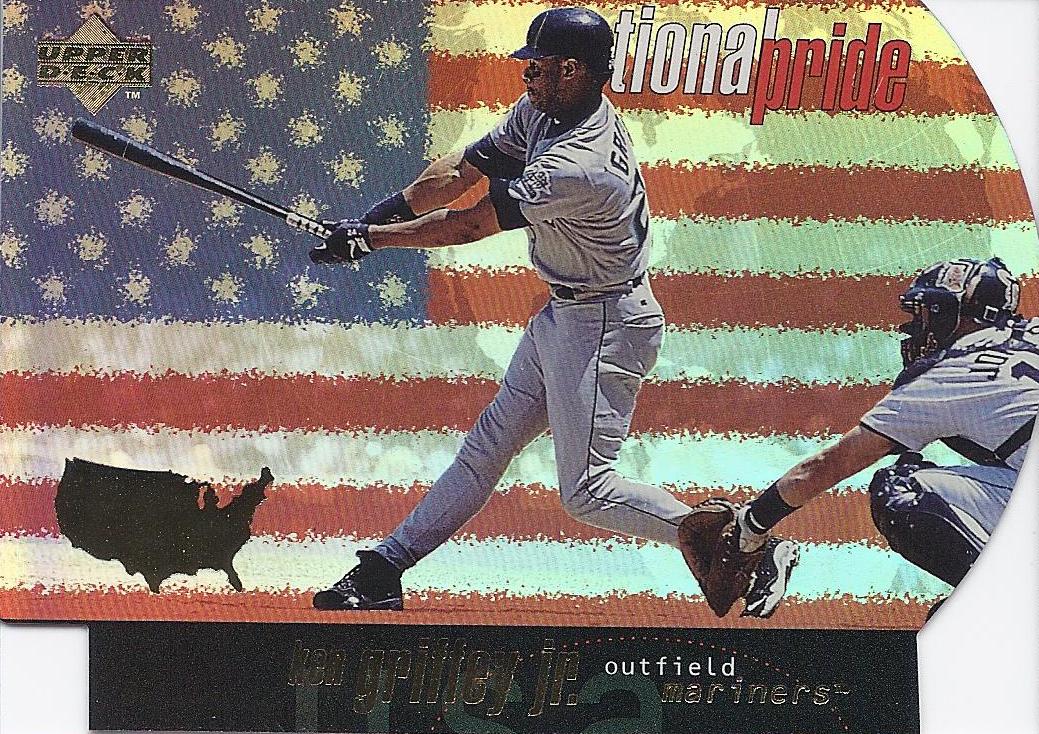 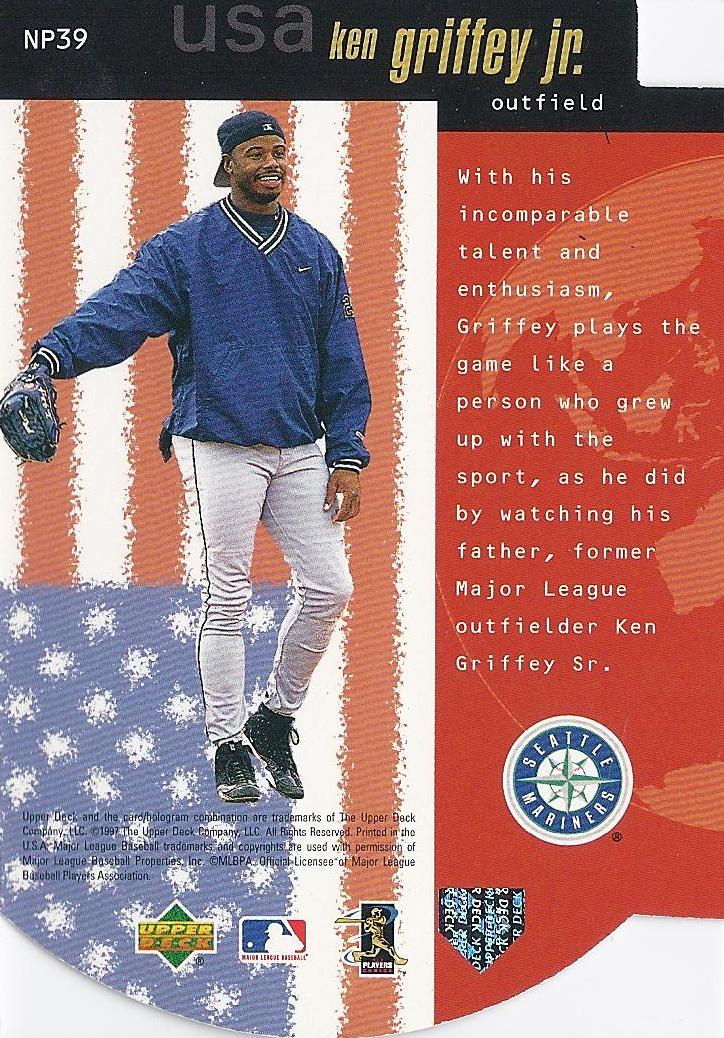 Have you ever seen Geroge C. Scott's opening speech in Patton?  This is the cardboard version of that. 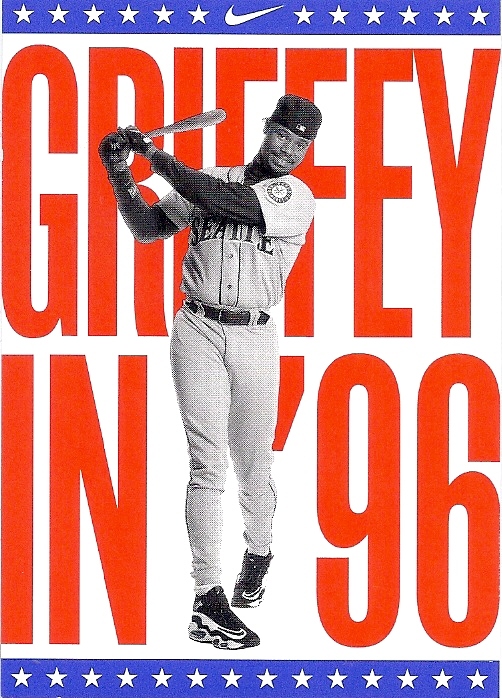 He even ran for president according to Nike's marketing department.  Sadly his platform of lower taxes for professional athletes and longer term limits for AL MVPs didn't click with the voting public.

I'd like to sit here and keep taking stabs at levity, but I have a brown paper bag of chasers, streakers, black cats, and jumping jacks (plus some sparklers for the wife and some snakes for me) at my feet.  Here are a bunch more Griffeys that feature the red, white, and blue with prominence.  Enjoy! 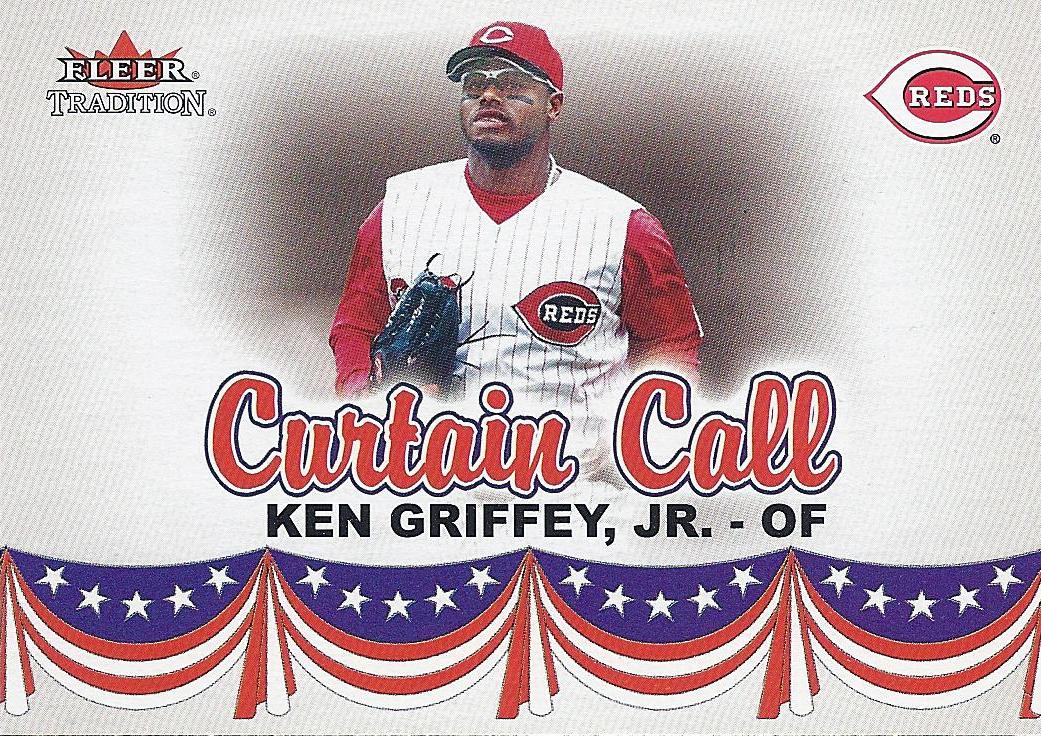 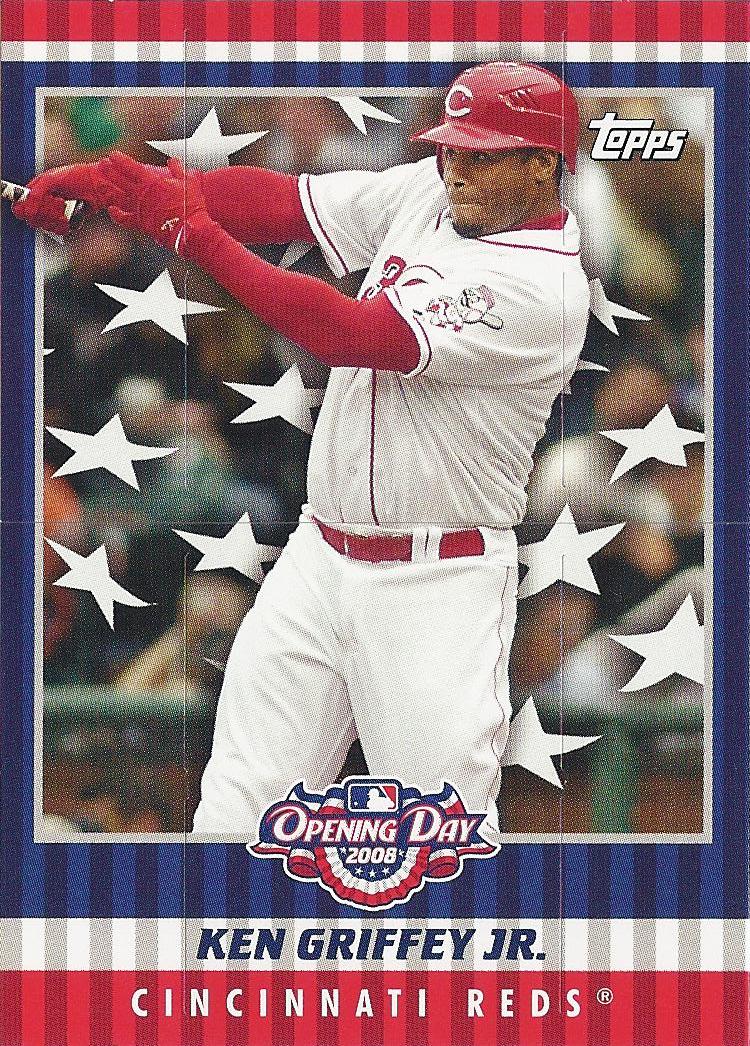 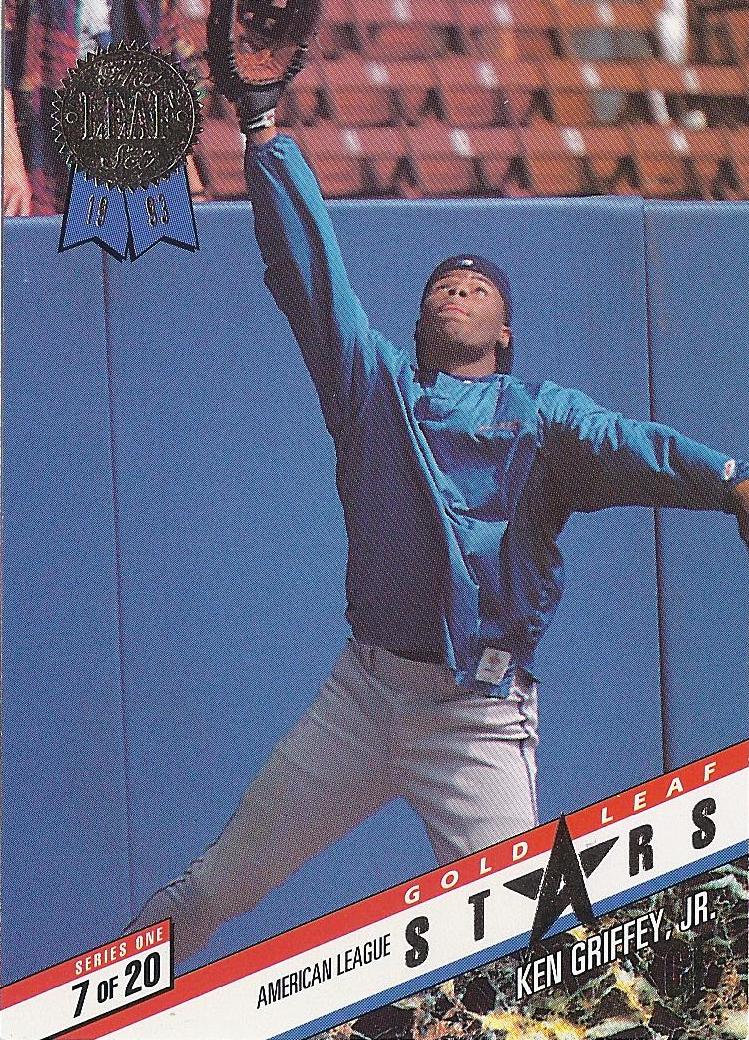 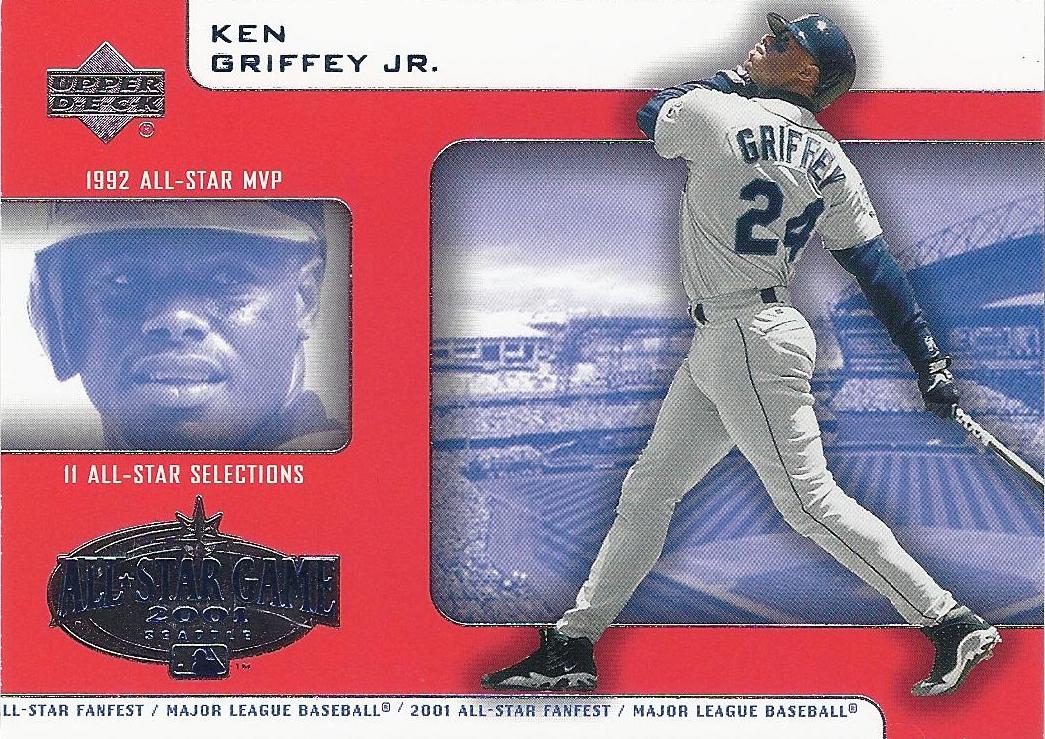 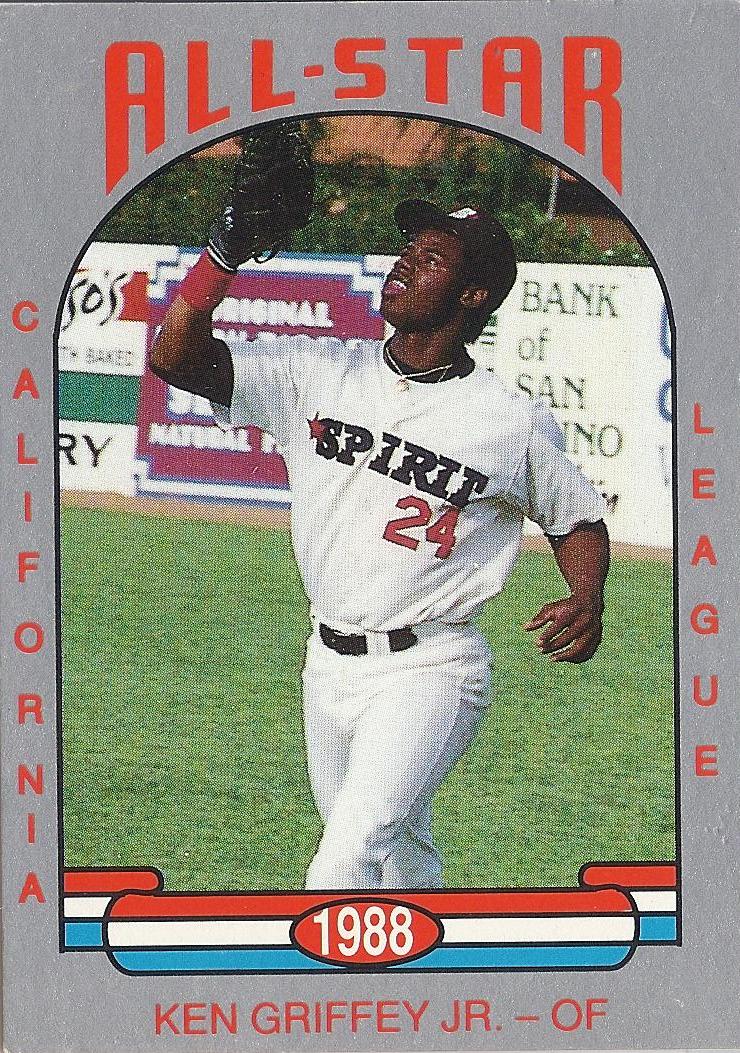 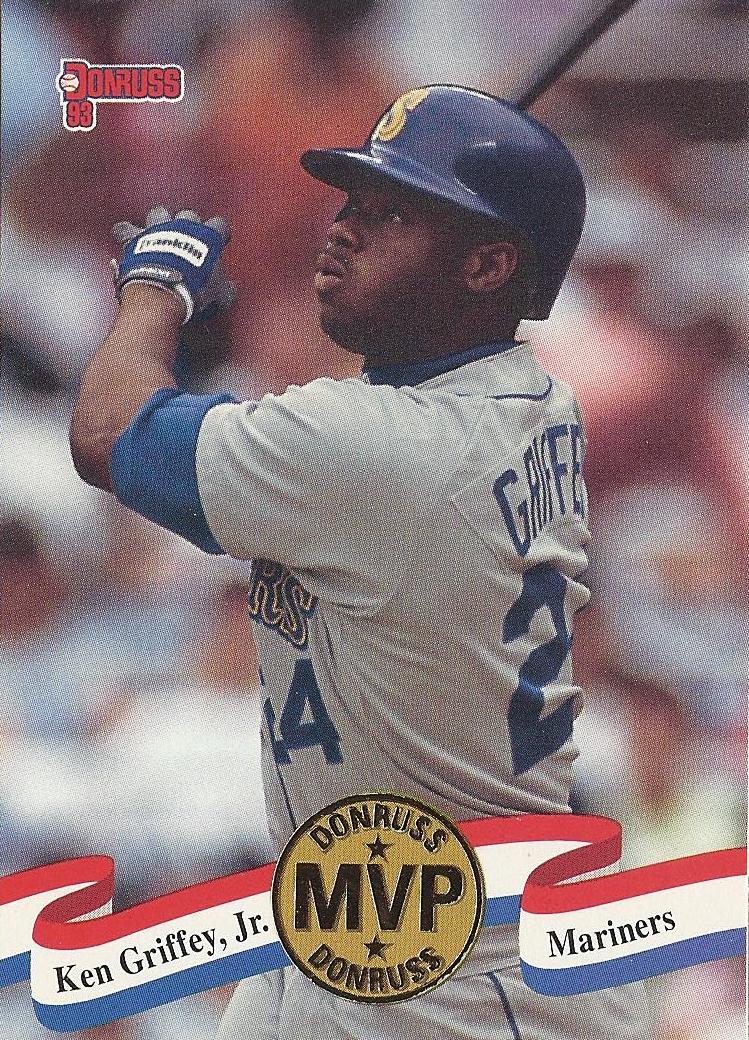 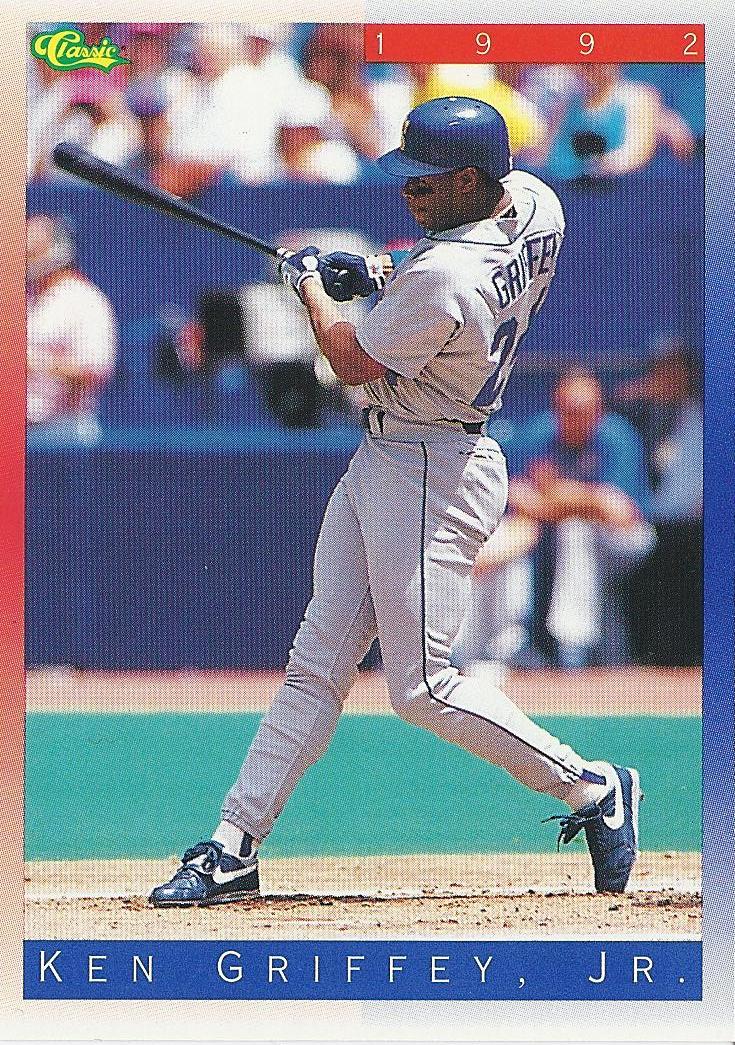 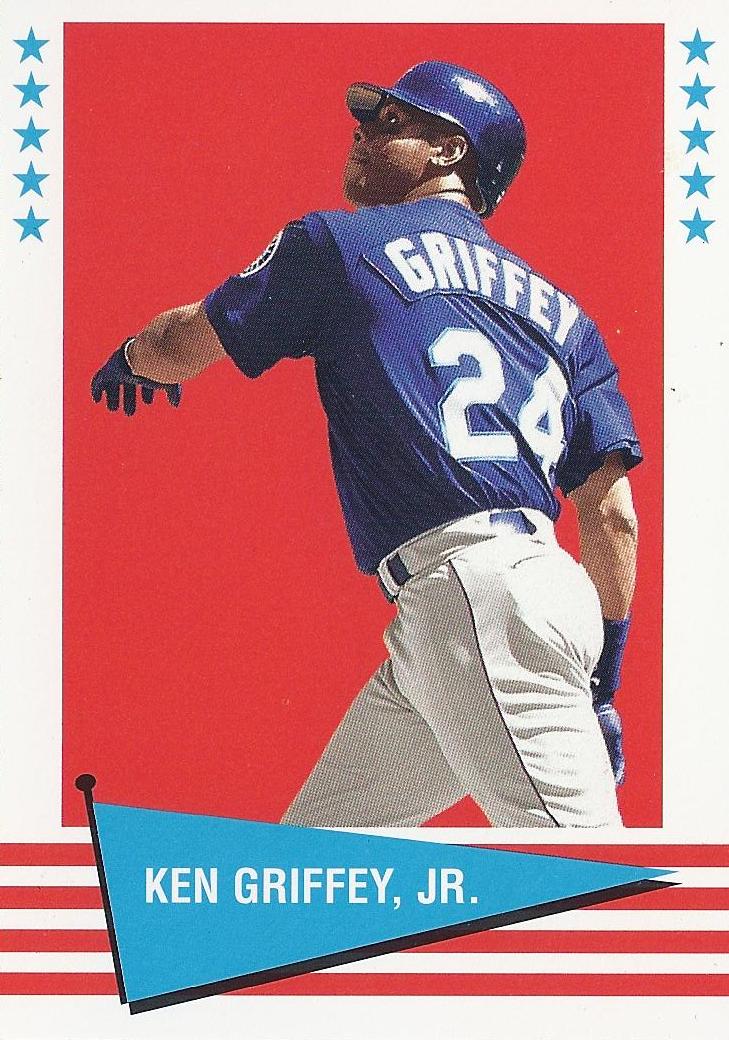 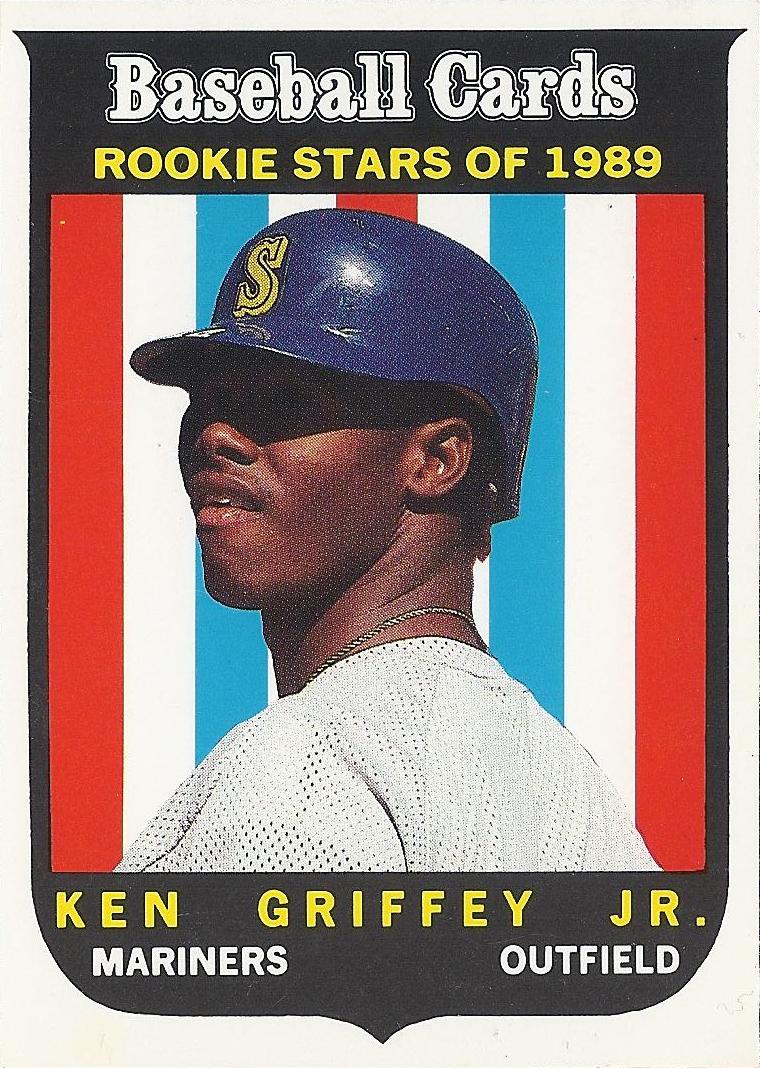 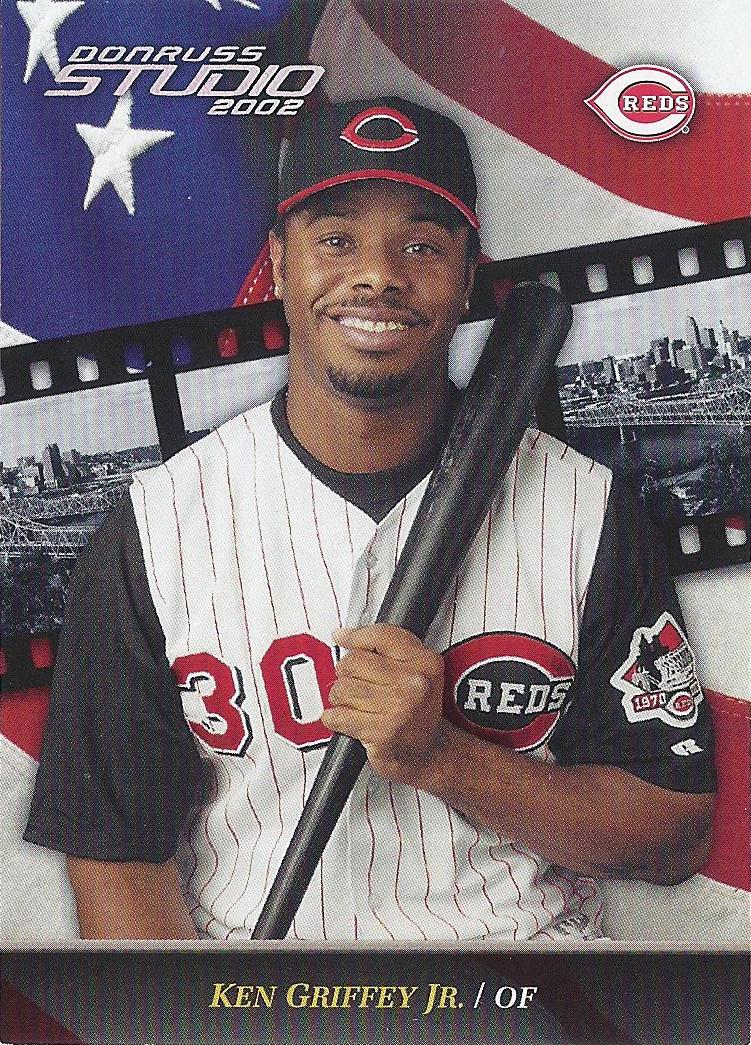