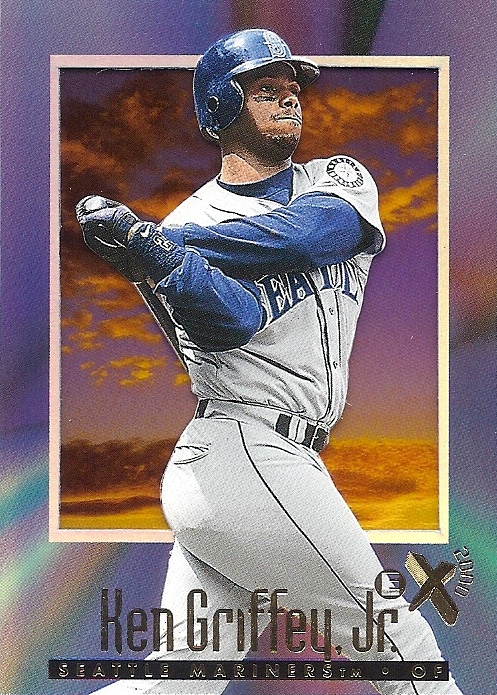 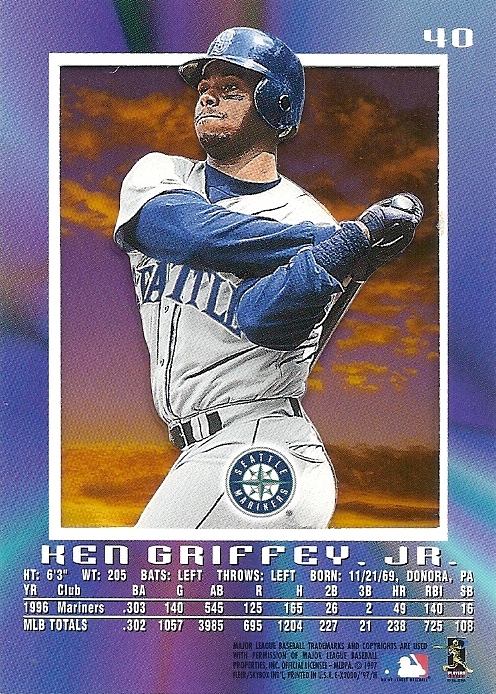 In my collection: 4 regular, 1 Hall or Nothing

Is this a good Griffey card? Yes.  A completely blinged-out example of super-premium cards in the 90's.

The set: This set was a spinoff of Fleer's premium Emotion brand which would later become simply E-X.  It's got a layout similar to that of the Legion of Boom insert from the Emotion X-L brand of the previous year but with enough color and holofoil added to melt some faces.
﻿﻿
﻿﻿﻿﻿﻿

When as a kid you would go to buy a pack of cards and find that there are only two of them in there, you would typically find yourself wanting - unless those cards were E-X 2000.  These babies have the look of a highly-desireable insert card, and there was no such thing as a bad pack rip because the 100-card checklist was packed with likeable dudes.

Sure you could argue that these cards are garish and overbearing (particularly compared with the Ginters and Gypsy Queens of today), but the one thing they are not is over-designed.  This is a deceptively simple layout with wonderfully eye-bursting complementary colors.  The translucent plastic, die-cut layering of the silhouette, and holfoil borders are arranged in harmony with none of them really dominating the card on its own.  Plus the bold font in gold foil gives the card a futuristic feel.

These were one of those cards you showed your Daddy just to hear him say "Holy crap, baseball cards have gotten cool."

Here's a couple I got from packs back in the day: 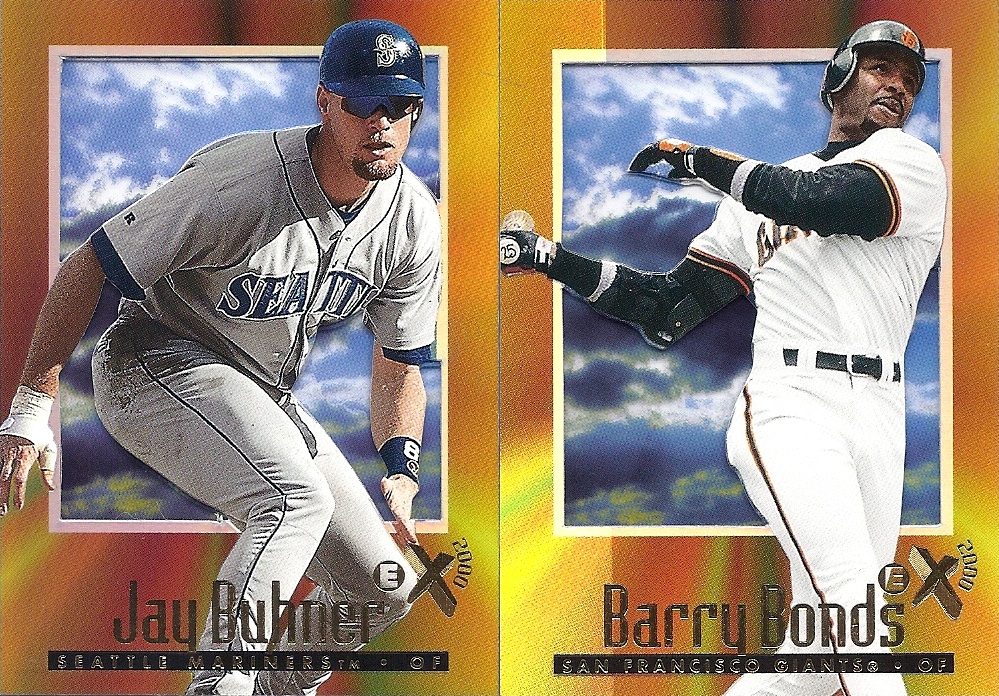 There were a few dominant color combos found throughout the set, each with a differently-colored sky.

﻿
﻿
Junior looks a little bored here.  I'm used to seeing him display that pursed-lipped nonchalance, but today he's especially unconcerned.  I wonder if this was taken at a batting practice.

The silhouetted shot of Griffey at the top of his swing is mirrored on the back, so it looks like he's a righty.  Check out the airbrushed team name, reversed helmet logo, and the carefully-removed Mariners sleeve patch.  There are not many cards out there that feature an airbrushed Griffey, so this is a cool rarity.  Plus it's as close as you're going to get to seeing Griffey hit from the other side of the plate.

Here's one of the coolest inserts of all time: 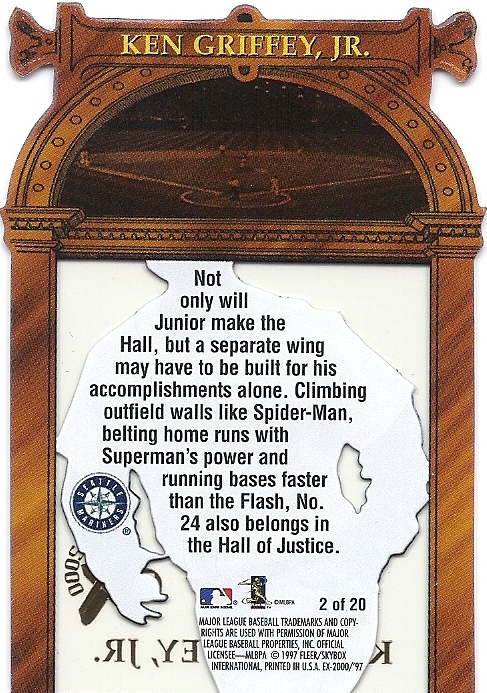 Super-intricate foil etching, foil printing on transparent plastic, and lots of die-cutting despite the extreme thickness of the card.  Check out the baseball scene etched into the front: 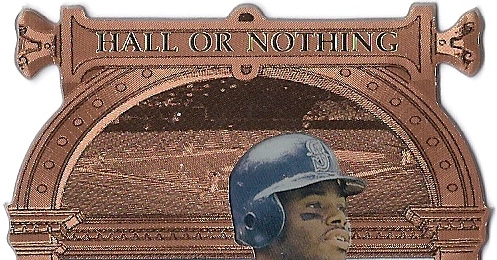 Amazing.  A blurry scan was enough to sell me on this card, but when I saw it in person I was blown away.  A really great insert.

Let's talk about the set's name for a sec.  Everywhere I've ever seen it written it's called E-X 2000, but check out the back of the insert card shown above.  It says "EX-2000."  I like the latter better because typing that dash between capital letters is a hassle.  Also it should be called EX-1997, or am I being picky?
Posted by The Junior Junkie at 8:44 PM