A Group Break of Grande Proportions

Chris over at Nachos Grande had a group break recently.  You might have seen it because it was huge and lasted for many posts which was awesome for those of us who participated.  It was like if Christmas morning lasted for several days or Hanukkah if it lasted the regular amount of time.  I ended up with the Mariners and the Devil Rays, and there were a ton of Mariners in there.

My favorite card from the break was this 8 x 10 glossy beast: 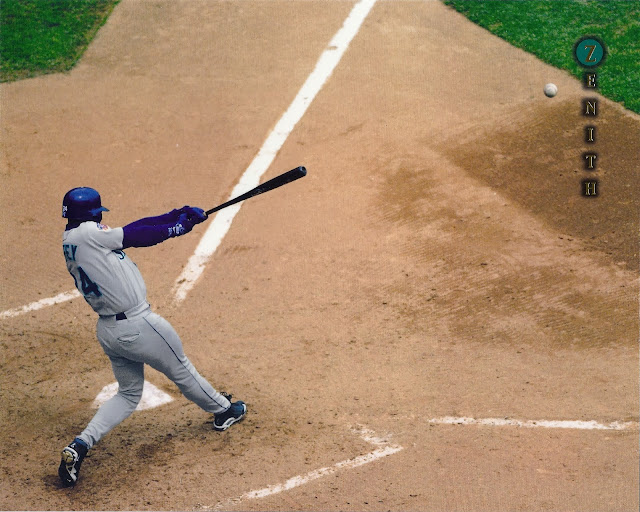 What a great shot - I think I'm going to slap it into a frame.  There were also a lot of these regular-sized cards: 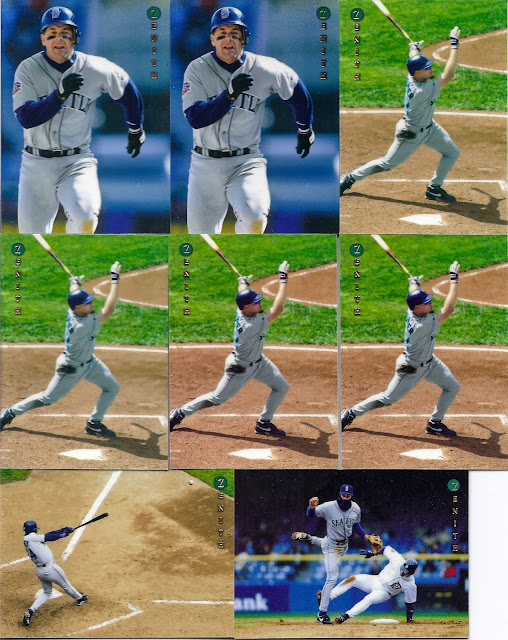 That other horizontal card is a great early A-Rod.  This set was an excellent choice for the break. 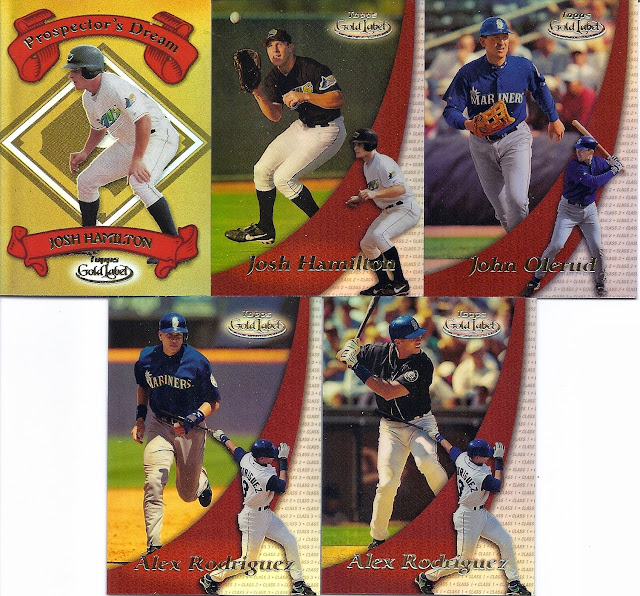 I wasn't going to land any Griffeys from this box of Gold Label, but I did end up with two versions of the A-Rod and a really cool Josh Hamilton insert. 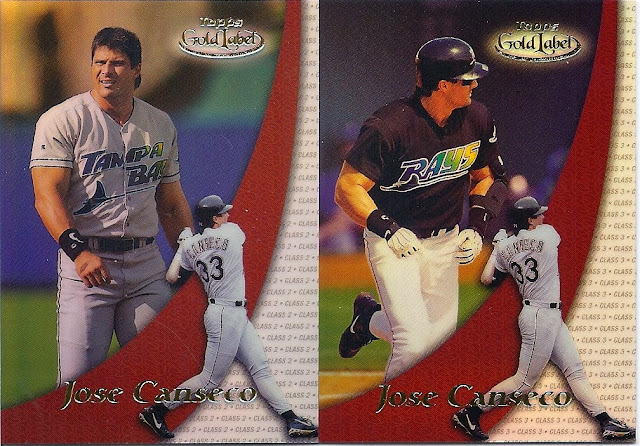 This is Class 2 and Class 3, and Jose Canseco who is classless.  I'm new to this whole multiple-versions-of-cards concept Topps did.  I like it better than duplicates of the same card, even if those cards feature a roided-out meathead with no neck.  Still, our goal should be a society without classes, Topps.

Everybody loves '93 Upper Deck.  It's like the perfect set.  Here's a trio of Big Units. 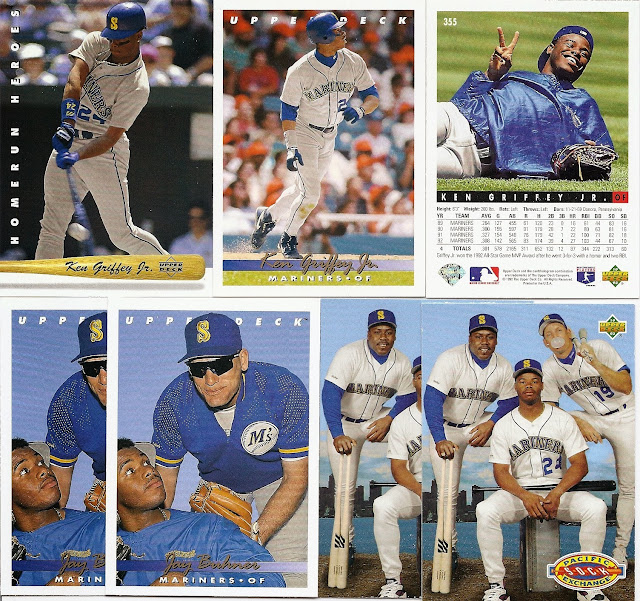 And seven Griffeys.  I know those say Jay Buhner, but they're Griffeys. 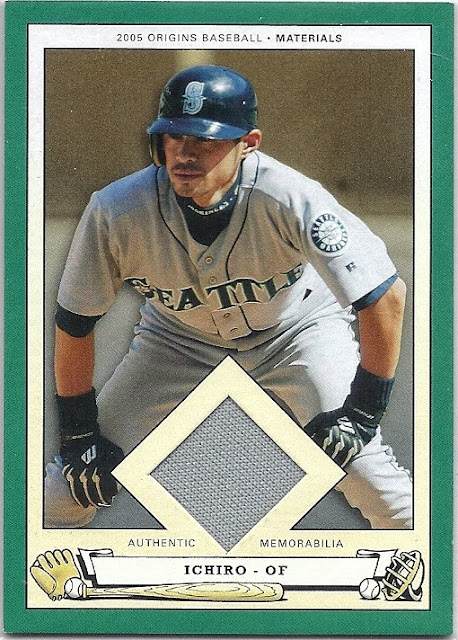 This was a great surprise because I missed Chris' post that showed this card being pulled. 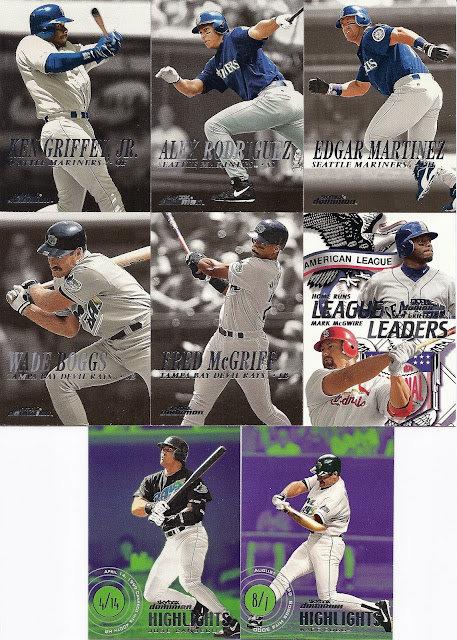 There were two more Griffeys in the Skybox....box.  Not a bad-looking set. 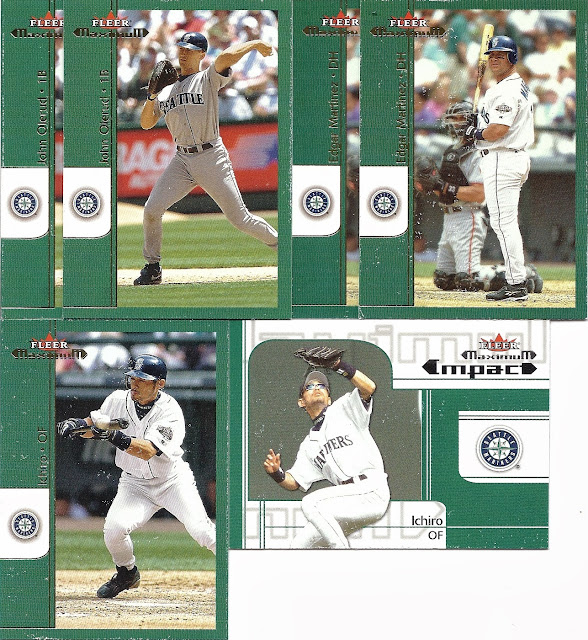 And these cards from Fleer Maximum were a little stuck to each other from being in packs for so long.  Still, not bad-looking cards.

In all I ended up with 11 Griffeys, one of which is new to the collection.  I ended up with lots and lots of trade fodder as well, so I will be putting those in the appropriate blogger stacks and getting them out as soon as I get around to it.

Thanks for the break, Chris!  I'm looking forward to the next one....
Posted by The Junior Junkie at 8:59 PM