Conlonoscopy: a Closer Look at the Griffeys of the Conlon Collection


This set can be seen in its completion in part 2 of this post. 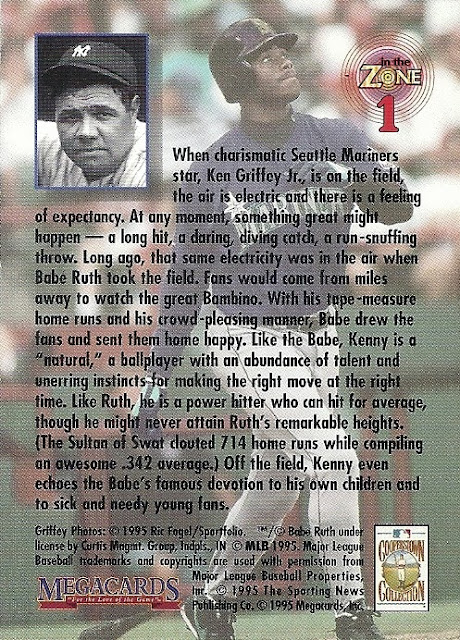 Is this a good Griffey card?  Yes.  One of the few Griffeys from a set that is iconic among card collectors.

Anyhoo, the Conlon Collection was made from 1991 to 1995 and features many baseball stars from a time before the proliferation of cardboard as well a lot of the game’s unsung heroes.  In the case of many long-retired players their Conlon card is their only baseball card.  A behemoth with a checklist of 1400, the Conlon Collection was designed to be continuous year over year so that when they were all combined it made one massive super-set.  I’m sure you’ve seen them.  They look like this: 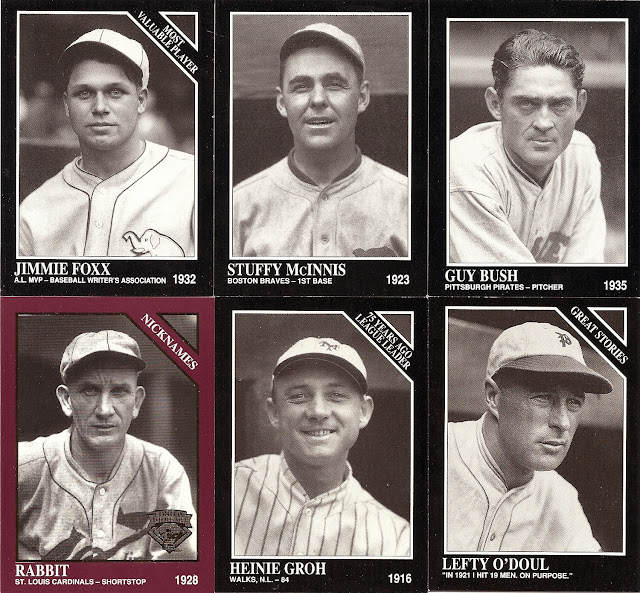 Now some have gold foil, some are in color, and some have green or burgundy borders instead of black; but they all have this same basic look.

This brand has a cult following among collectors, particularly ones who are really into baseball’s history; and when they decided to make a set of Griffey cards, that cult grew to include Junior collectors (God help them).  In 1995 Conlon made an insert called In the Zone that featured Griffey paired with different ballplayers of yesteryear with whom he shared common traits.  The set was comprised of eight cards, six of which were seeded into packs of 1995 Conlon and the last two which you had to send away for.  Those last two seem to be a little rarer than the other six.  There is also a send-away card as well as a few promos floating around.

Let's see what we have: 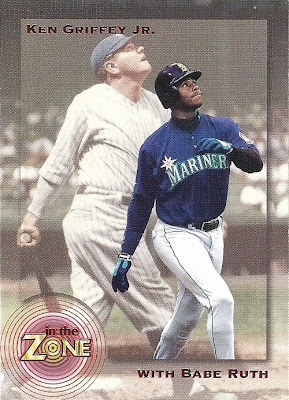 Junior looks skinny in this shot with the Bambino.  Must be some exclusive West Coast diet.  Good for him.

I've always liked the shadowbox effect with the translucent border, a design we've seen used in other sets.  This may have been the ispiration for the 2001 Donruss "throwback" design for 2000.  It frames the card nicely without being intrusive of the imagery.  Plus the logo is reminiscent of the logo for The Twilight Zone.  Don't know what that has to do with the set.  Maybe it's that the similarities between Junior and these old-timers are so unlikely it's scary. 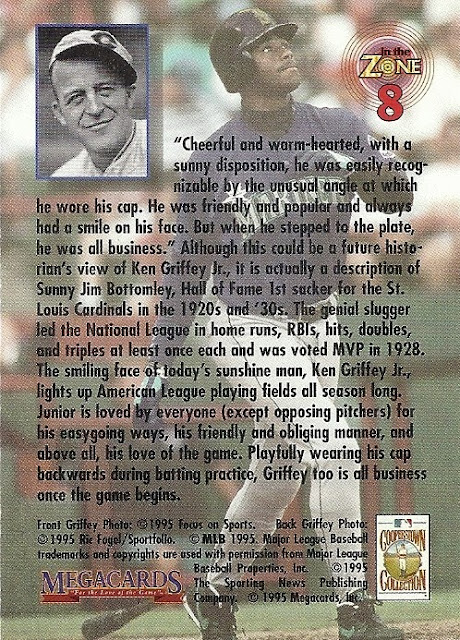 This is one of the send-away cards.  I must have gotten it in an eBay lot because I don't remember sending anything off.  Then again, college is pretty hazy.

I also have #3 but only the promo version: 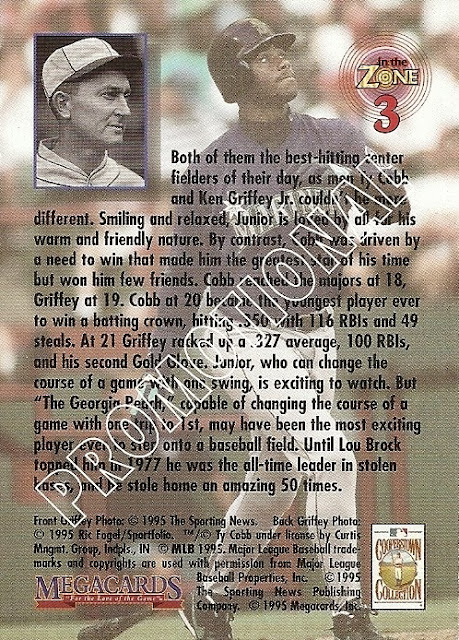 That photo of Cobb pops up a lot.  Cool to see it on a Griffey card.

The promo fronts are identical, but here is the back of the promo version of #1:

And here are the Griffeys I am missing from 1995 Conlon TSN Collection In the Zone:

In case you're a Conlon guy or gal, I also found this fella who seems to be a Conlon super collector (though I see no mention of the In the Zone insert).  So check him out. 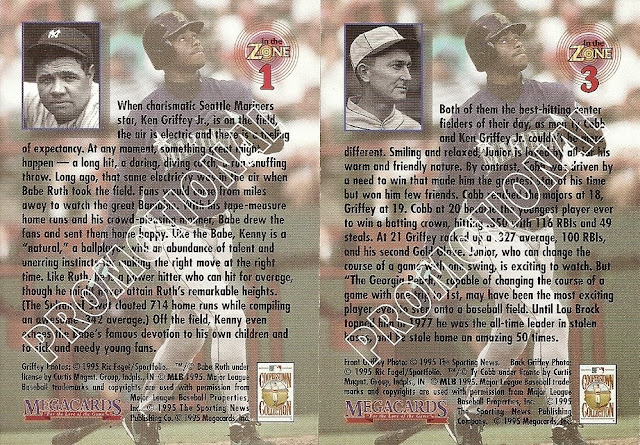