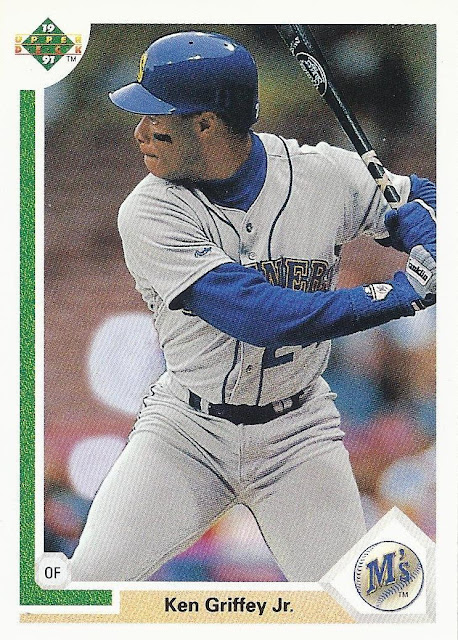 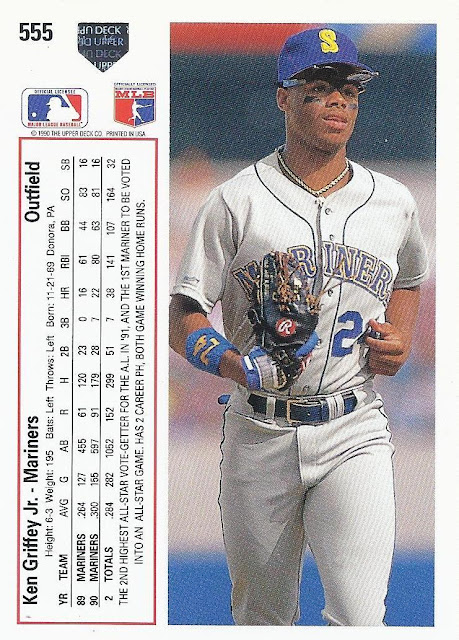 Is this a good Griffey Card? Yes.  The last in a series of inter-related Upper Deck designs with some great shots of the Kid and his Dad.

The set: Upper Deck was still riding the crest of the wave they made in '89.  While a lot of other brands were playing catch up, Upper Deck was moving on with their great photography, quality card stock, and dual-sided full-color printing.

Nothing signifies Upper Deck's momentum more than the baseball diamond theme of their first three sets. In '89 you had the first base line, then the run to second in 1990.  Here the go-ahead run rounds third and goes home.

In other words: we're moving on - expect big things from us.

Here's a terrible visualization of the "Upper Deck baseball diamond" I put together: 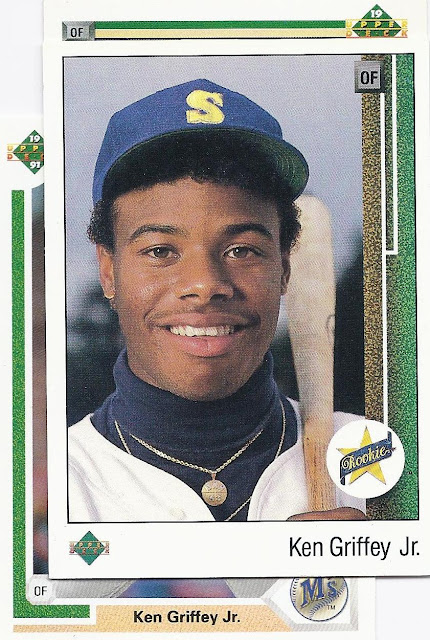 Some elements carry over to the next year.  The position is always printed on the bags, the dirt tracks at the 1st and 3rd base lines, and we always start at the Upper Deck logo assuming the logo is the on-deck circle on the '89 card (is that pushing it?). 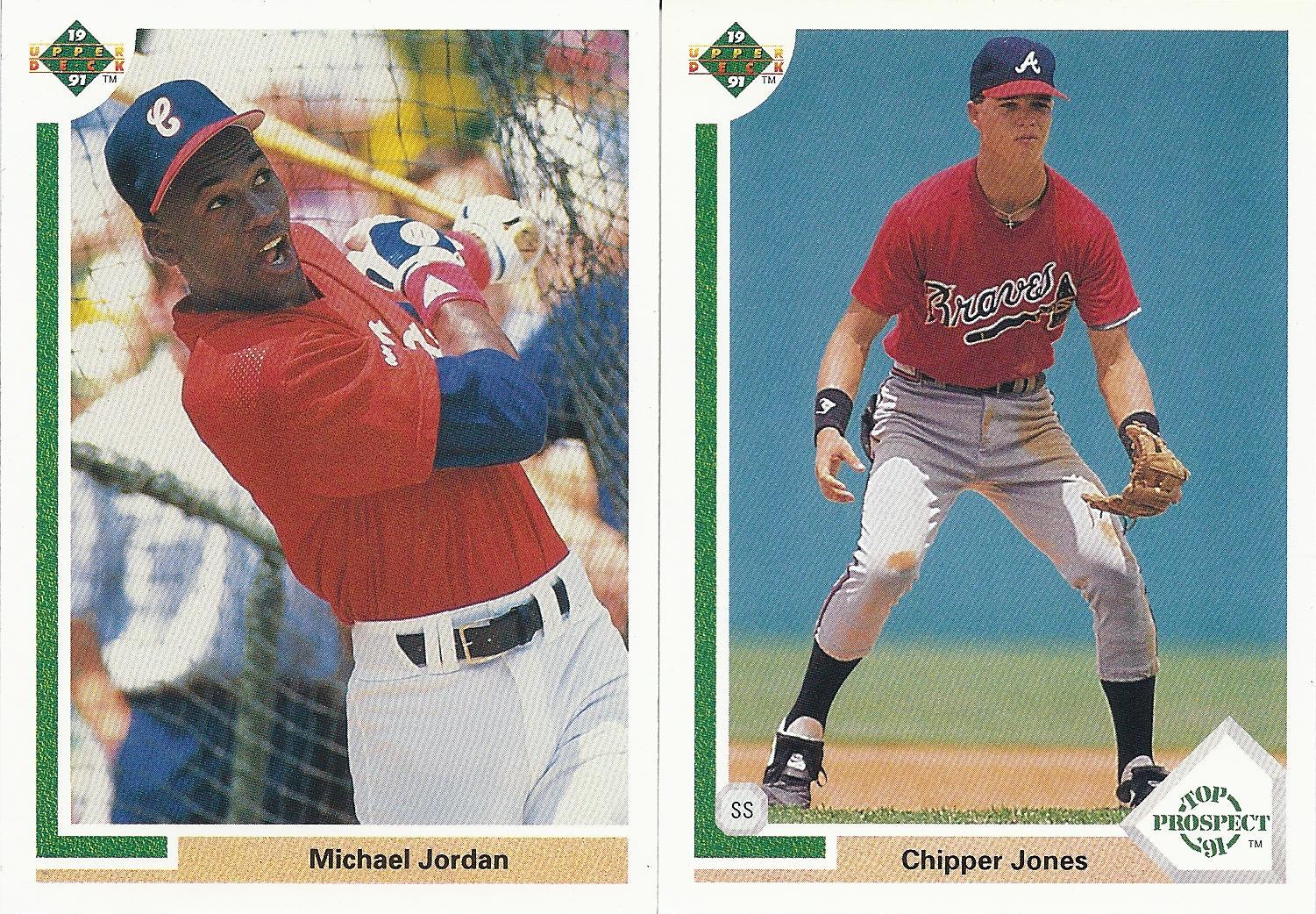 Now let's take another look at that Griffey: 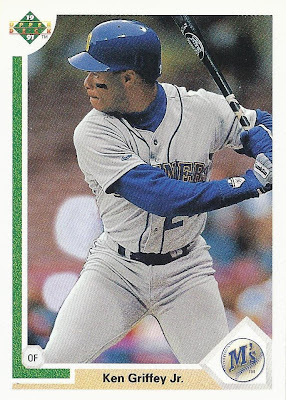 Junior is zeroed in on that pitcher something fierce.  The blurb on the back tells us that Griffey had had two pinch-hit opportunities in his career up to that point, and both were game-winning home runs.  That's a pretty amazing stat; but with the level of focus demonstrated on this card, it seems as plausible as ever.

And did I mention the tongue/flipped-up shades combo on the back? 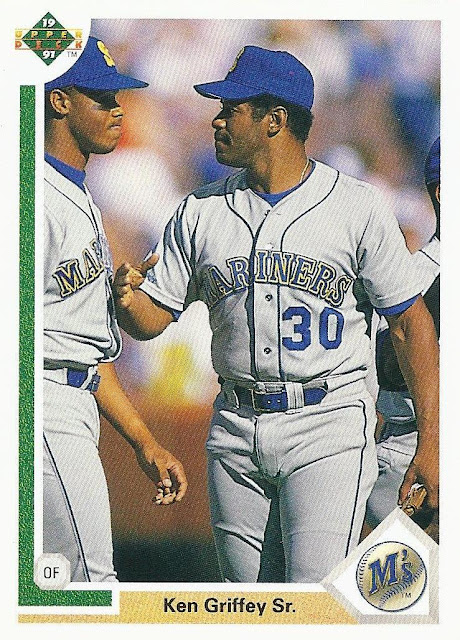 I suppose it's less surprising to see Junior make a cameo on his Dad's card than that of anyone else in the set, but the definition still applies.

Looks like Junior may have done something gold glove-worthy on the field, and his dad is giving him a "good hustle" tap.  We also see Senior in what would eventually become Junior's number when he moves to his hometown Reds a decade later.  And not to sound weird, but Ken, Sr. has some nice eyelashes in this picture.  Overall, this is a great photo of the father-son pair in the short time they wore the same uniform.

There were few really great sets in 1991, but Upper Deck made it happen.  The cherry on top was their 100-card Final Edition set.  Tune in tomorrow for that bit of tightness.
Posted by The Junior Junkie at 3:39 PM