Return of the King B 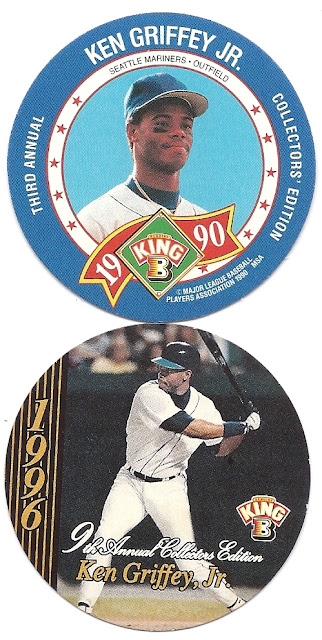 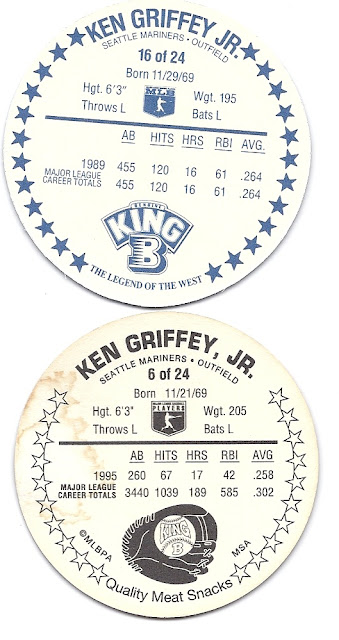 Is this a good Griffey card? Yes.  A unique, colorful, and fun set of oddballs.

The sets: With very few exceptions, King B had the market cornered when it comes to cards with no corners.

These are the first and last Griffey cards King B would make.  They were manufactured by Michael Schechter Associates or MSA (who also made round cards for Oscar Mayer) and released with packages of King B Beef Jerky for over a decade. In that time Griffey appeared in the set seven times.

With the addition of these two, I now have four of the seven. 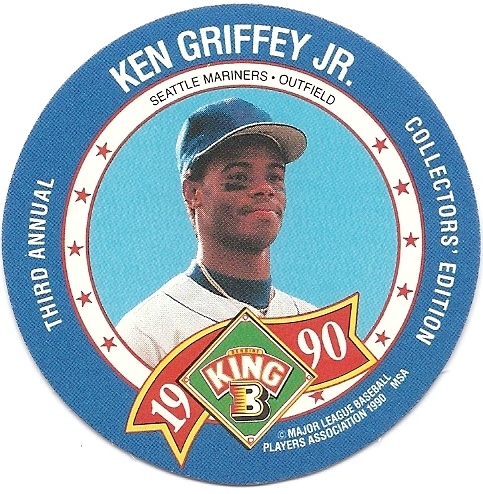 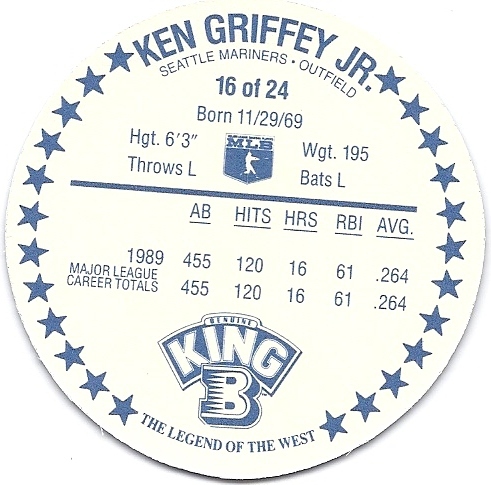 The 1990 card is probably my favorite of them all.  It has a colorful, nostalgic look and a great portrait of the Kid looking satisfied.  The red, white and blue with the stars add a dash of patriotism into the mix.  Plus it's the earliest of the King B sets to feature Junior. 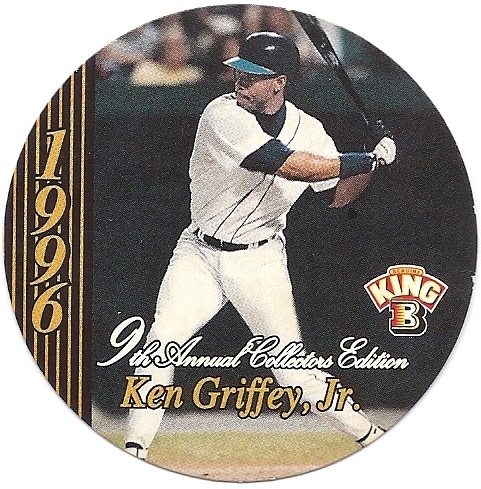 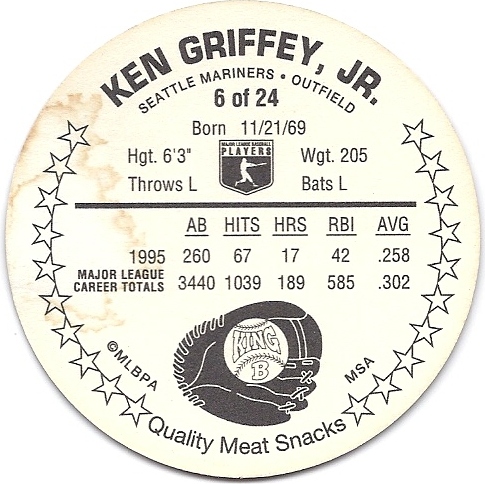 The '96 design is darker and more modern with no more border and nearly full-bleed action photography.  The backs stay roughly the same every year, the only changes being the stats and the omission of the "The Legend of the West" slogan.

Griffey would never be included in another King B set following his devestating wrist injury.

I still need these:

Now that this post has come full-circle, I'll say that I believe these cards are 360 degrees of fun.  I like to think my opinions are fairly well-rounded.  That may seem a bit one-sided, but I think eventually you too will come 'round.

Sorry.  It's early and I'm feeling punny.
Posted by The Junior Junkie at 10:53 AM