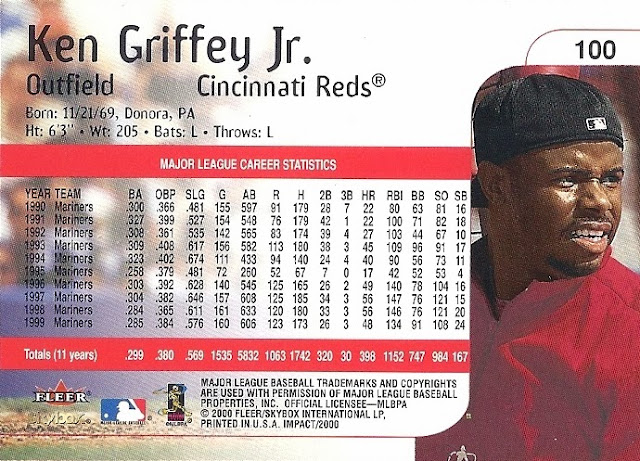 Is this a good Griffey card? Yes.  It’s a first-year Reds base card.  That’s about it.

The set: It seems that for a while there in the late 90’s through early aughts all brands were trying to fill every niche of the market with some kind of product, and no one did this more unapologetically than Fleer.  These guys put out a brand for every price point, and this here is their low-end offering (you can tell, right?).

The base card design is very simple with a transparent, team-shaded border and some thin white border lines.  I nodded off twice while typing that description.  Hey, why is the verb describe and the noun description?  Shouldn’t it be describtion?  Or descripe?

Notable inserts from 2000 Impact include a set of team tattoos, some batting gloves relics, and an Autographics insert with a parallel.  None of those include Griffeys, though.  The ones that do are below.  First here's the base card again: 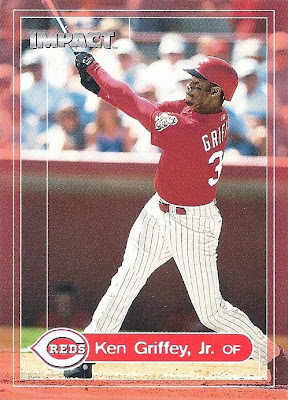 The Kid is fully extended here, trying to give that ball as much height as possible and get it over the wall.  I hope he didn’t pull something.

Fleer dropped Junior's '89 stats to save space on the card back, but it looks to me like they could have made it fit.  I mean, one year?  You couldn't just squeeze one more year in there for the sake of completion?  Oh, you're saving that for the $2.00 price point? 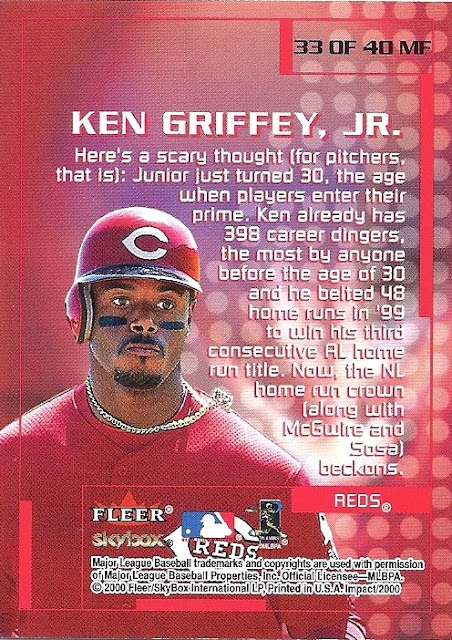 Here’s another with Griffey in full extension.  This insert card has a bit of foil plus a not-terrible-looking polka dot background, and the color fades around his body and the card edges looks great.  There's even a slight swirl effect going on around the guy.  A surprisingly attractive insert. 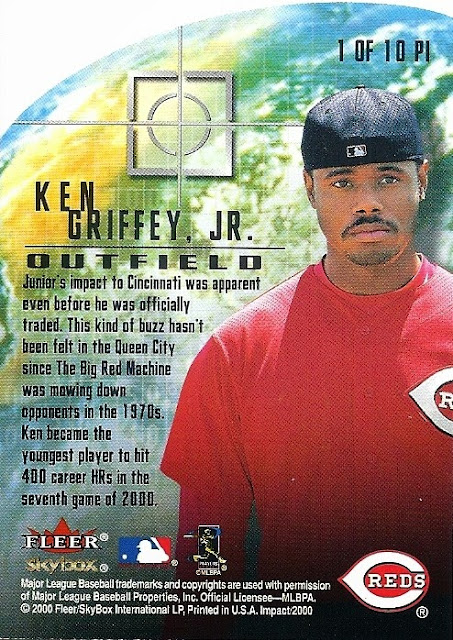 This die-cut beauty almost makes up for the blandness of the overall set.  This must have been a great pull back in 2000 what with all the meteor-destroys-Earth movies coming out.

It also reminds me of this earlier planetary Fleer die-cut: 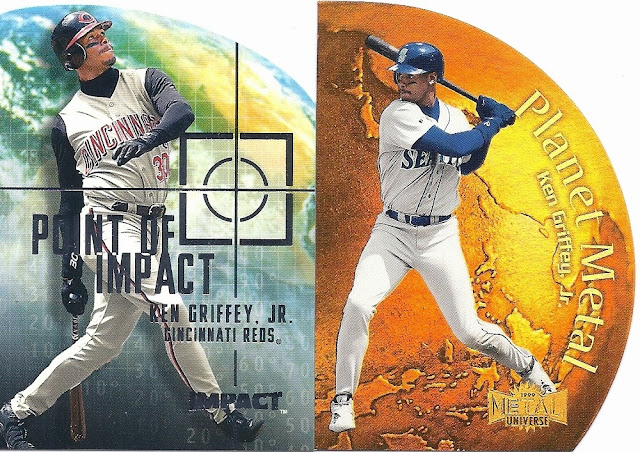 As there are only three cards and they are inexpensive, this is another one of those rare sets for which I have every Griffey there is to get.  I suppose it could be argued that I need the team tattoos for the Reds and Mariners, but they’re not really on my radar.  Stick a fork in this one, and savor the flavor.

When a mainstream base set looks like an oddball, nobody wins, least of all the card company.  The inserts are better than the base design leads you to believe, so this one evens out.
Posted by The Junior Junkie at 7:45 PM