I’ve discovered a new disorder – I call it COMC Shipping Anxiety.  It happens when you’ve been building up a healthy stack of reserved cardboard on COMC, but you don’t feel like you have enough to justify blowing three more dollars in credit just to get them shipped, so you put it off as long as possible even though you want those cards right now.  I mean they’re yours.  You own them.  But you can’t have them….not just yet.

There’s only one cure for it, too: paying the three dollars.  Unfortunately my health insurance doesn’t cover that despite my numerous letters, so when I had a case of CSA last week I had to dip into my credits.  Now I finally have all the cards I’ve picked up over the last month.  Here they are: 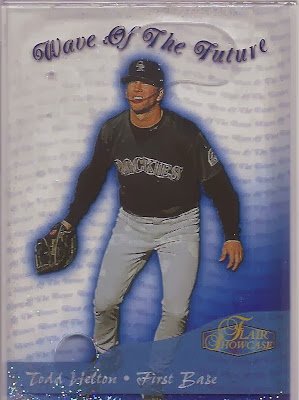 This card has water in it.  With sparkles.  How am I just hearing about this? 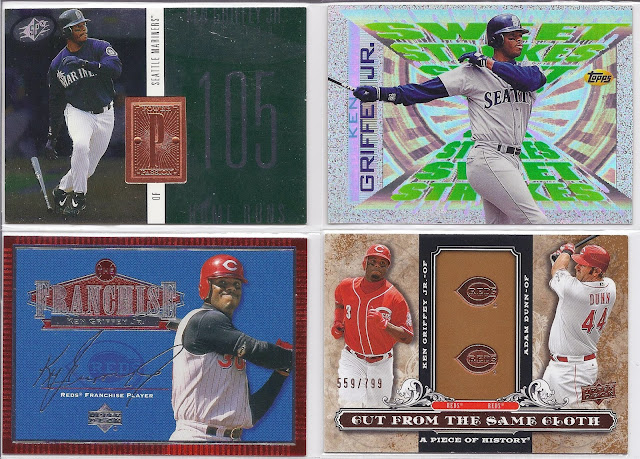 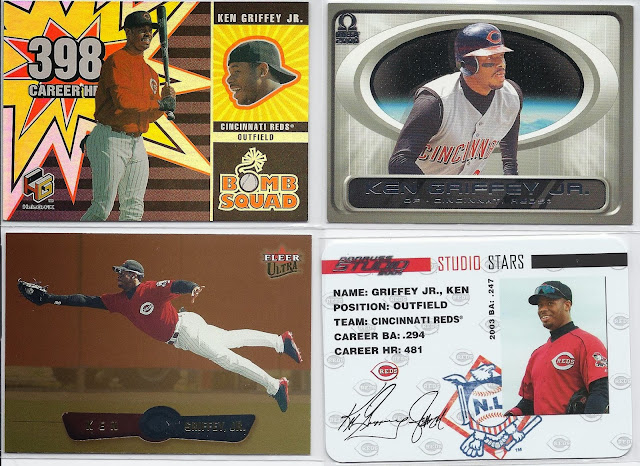 That Dunn combo card is serial numbered for some reason.  And check out that cool sci-fi Pacific card. 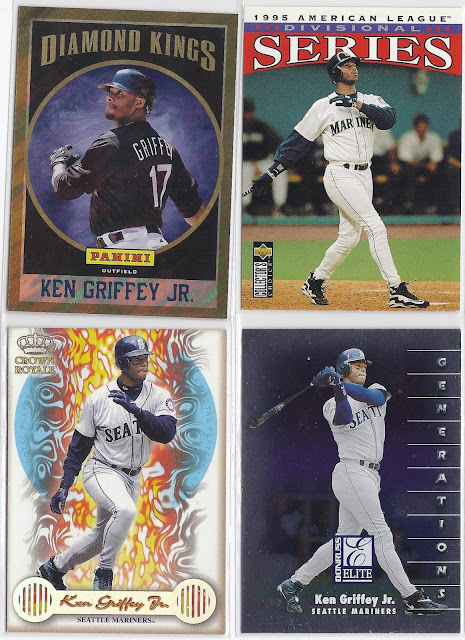 That Panini card is some flashy parallel - love it.  And is that another cool Pacific card?  Man, I miss those guys.  Topps could use some of the creative wackiness that Pacific put out in their heyday. 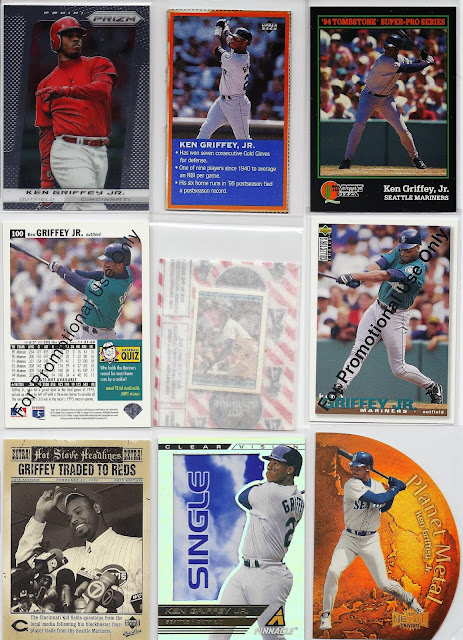 Believe it or not I already had the double and triple versions of the 2013 Pinnacle Clear Vision insert.  The single version here was the final holdout...and NOT the cheapest.  Check out that Planet Metal die-cut.  Gawjuss. 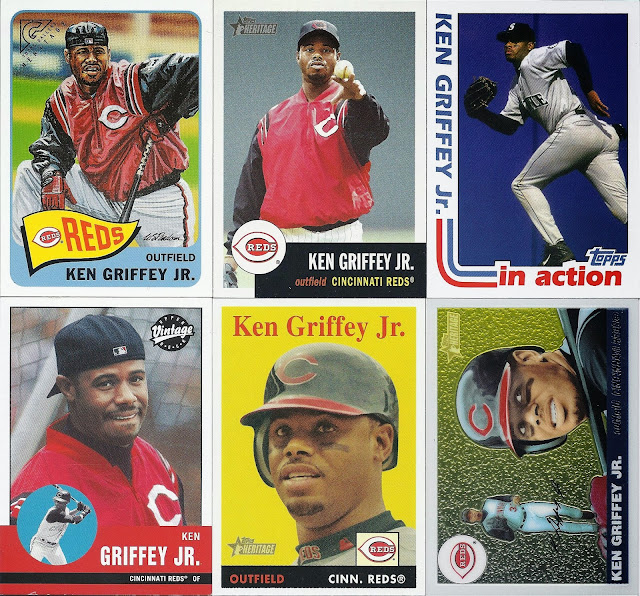 These will all go towards my Griffey on Vintage Topps Designs series.  I'm especially glad he got one of those "In Action" cards from the 80's.  Awesome card... 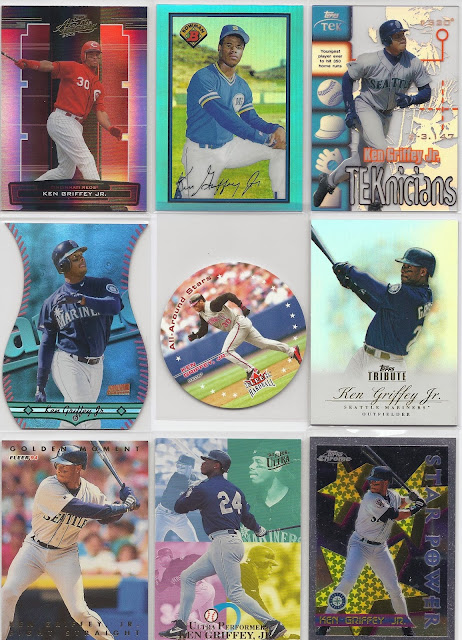 I bit the bullet and bought the other two Triumvirate cards to go with that one on the left.  I defy you to show me a more suggestively curvy card.  That Star Power subset from '96 Topps was always a little lackluster to me, but the Chrome version here is a knockout.  I highly recommend you pick one up.  They're cheap. 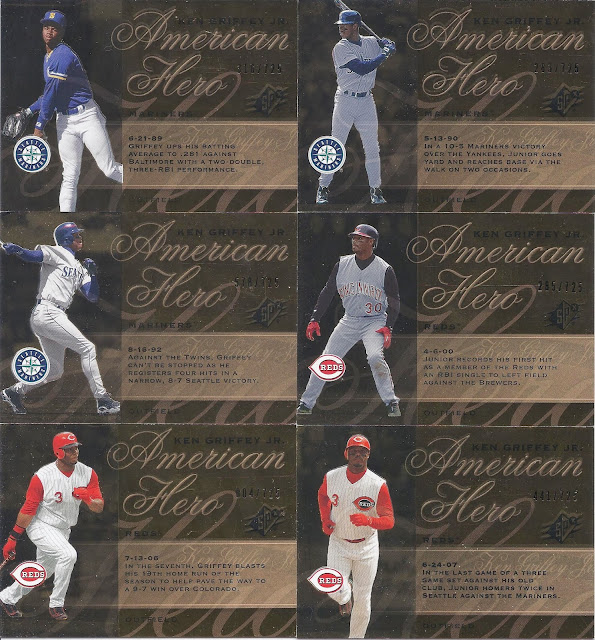 More of these.  I'm hoping to pick up the whole set exclusively with COMC credits.  May be finished by next year.  Fingers crossed... 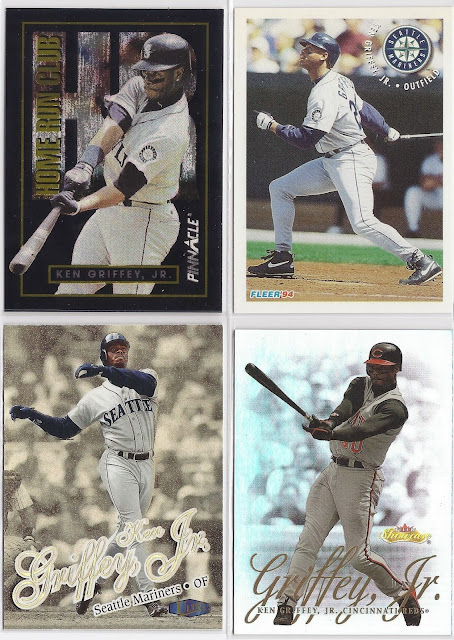 The star here is that Pinnacle Home Run Club card is made of metal.  It was also the first set made of metal I ever saw.  Was glad to pick this one up on the cheap.

That's it until I get more sales credits.  Happy Holidays, everyone!
Posted by The Junior Junkie at 9:03 PM