Yesterday was the one-year anniversary of The Junior Junkie, and what better way to celebrate this milestone than to go to the monthly card show?  It was providence that the show happened on the same day as my blog's birthday, so I just had so go see what fate had in store.

One of the sellers had a dollar box and a big quarter box I spent a lot of time with.  There were so many cards I even sat in a chair to look through them.  I know this sounds like it's not a big deal, but quantity boxes are not a common thing here.  I have yet to see a real dime box in person.  The dealer ended up being really accommodating with the discounts, too.  Here's all the fun stuff I pulled: 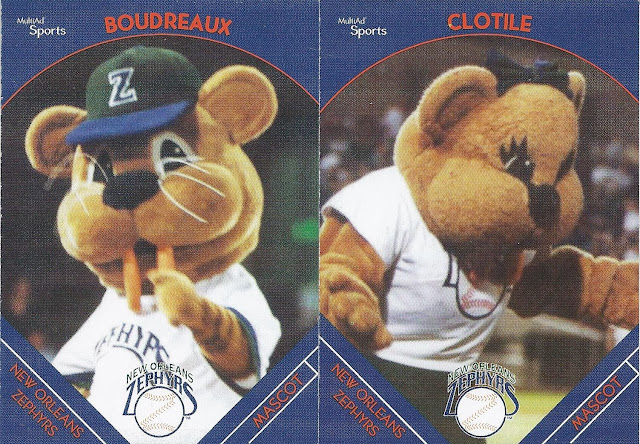 These are the mascots for our local AAA baseball team, the Zephyrs.  There were two whole Zephyrs team sets in that box, and I ended up buying every card of each for a lot less than a quarter per card.  Here are a few cards from the other set:

I had no idea Sandy Alomar ever played ball just a few blocks from my house.  It seems my card collecting/baseball-watching hiatus cost me an opportunity to see him play in the sunset of his career. 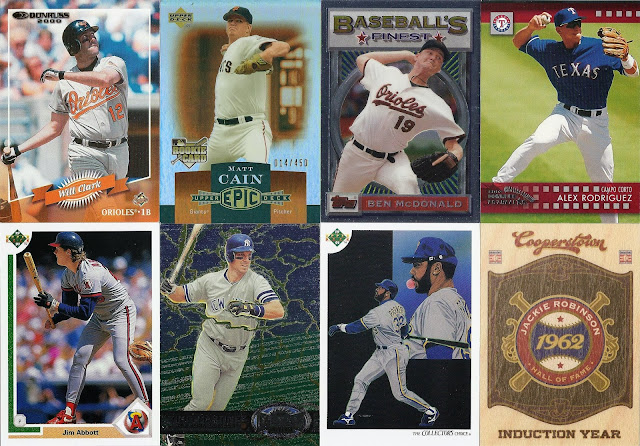 It's hard to find Will Clark in an Orioles uniform, and that is also my first A-Rod Rangers card. 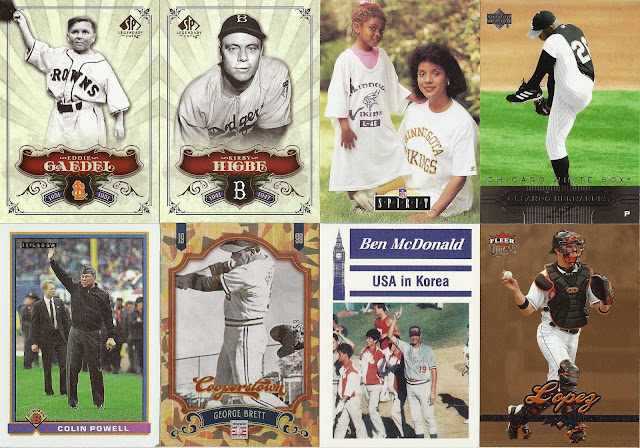 Phylicia Rashad, aka Claire Huxtable) on a card!  Couldn't pass it up. 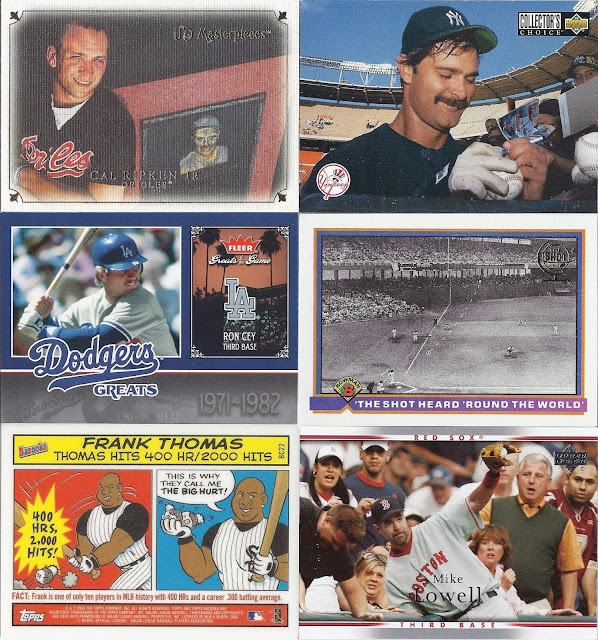 I found a new card brand, too: Topps 75th Anniversary.  It's a non-sports product; but it advertised three autographs per box, so I took a chance on a pack. 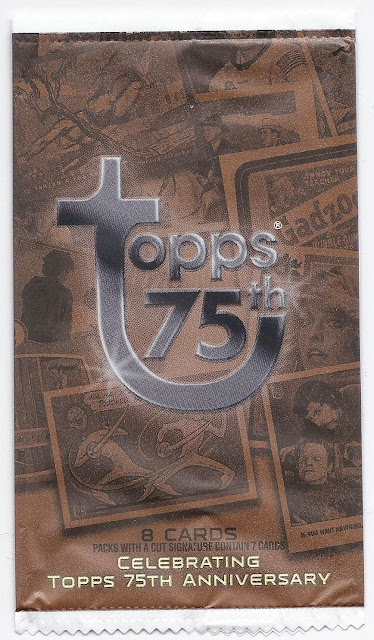 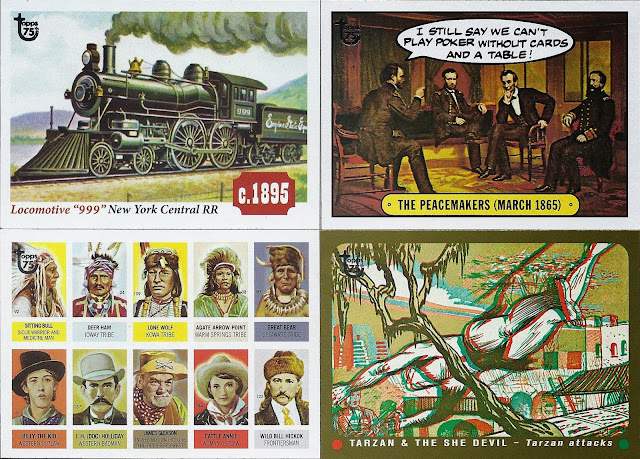 These are all up for trade except for the Lincoln card and possibly the Welcome Back, Kotter card which I kind of want to hold on to. 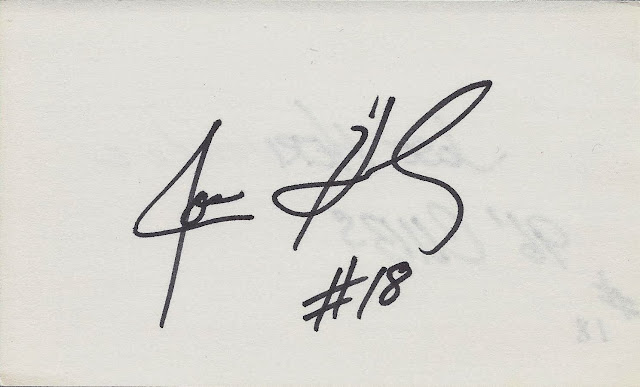 This is Jose Hernandez's autograph on a 3x5 index card.  The dealer I bought the most stuff from threw it in with my purchase. 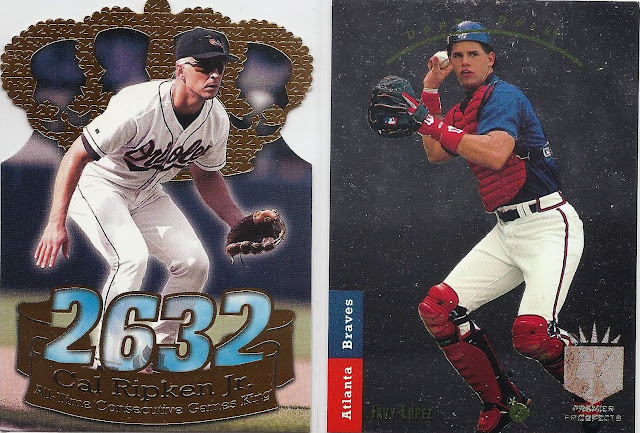 These were cheap, and I couldn't pass them up.  Can you believe that Javy Lopez SP rookie wasn't listed in the dealer's price guide?  The guy's one of my favorite catchers.  I was glad to scoop it up for only a buck.

My Griffey guy was not at the show this month which means I got off cheap but also didn't score many new Griffeys.  Here are the ones I was able to nab, all of them nice and cheap: 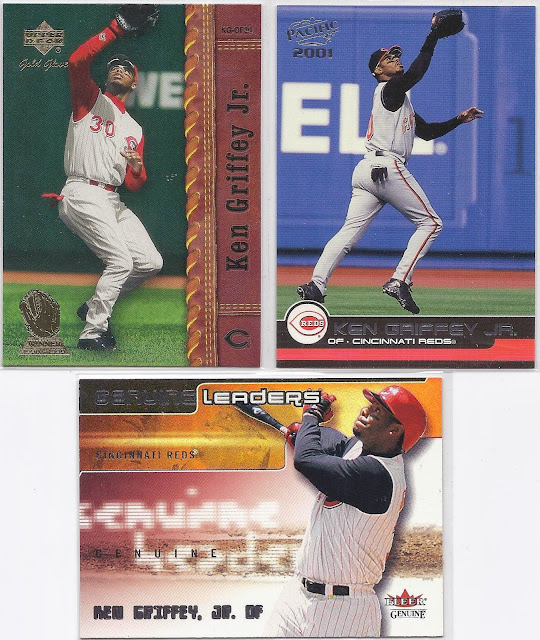 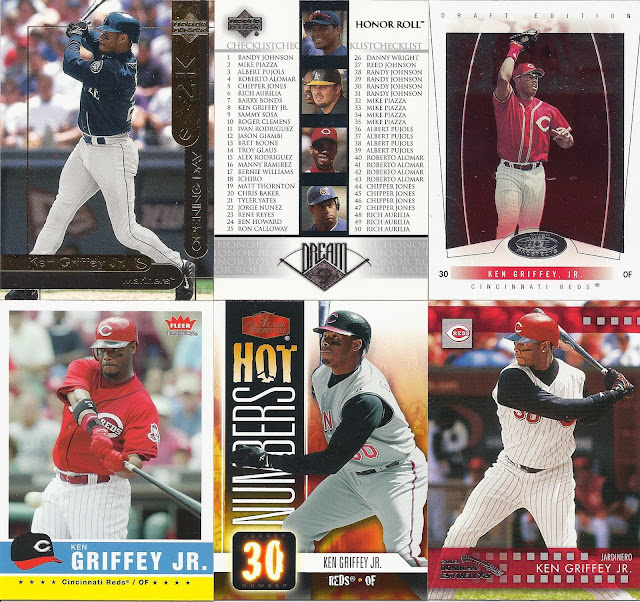 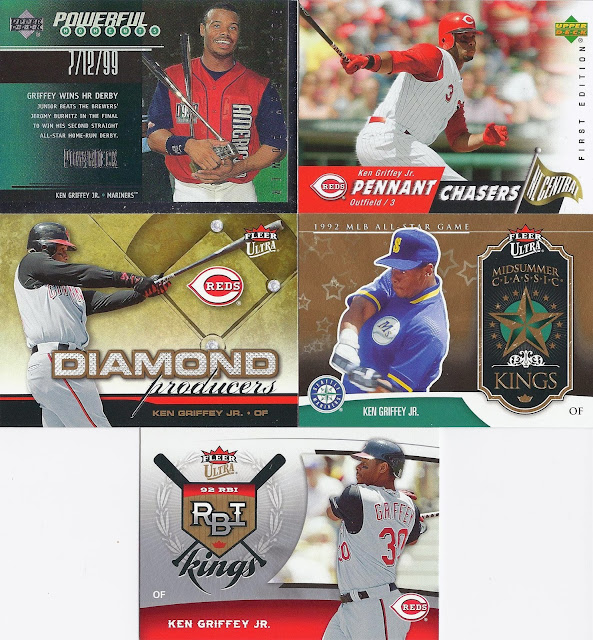 No fancy relics or parallels.  Just a nice bunch of salt-of-the-earth base cards and subsets.

Wanna hear something weird?  The dealer and I were talking cards while I was looking through his boxes, and I was telling him what players I collect.  When I mentioned Vida Blue, he pulls these out: 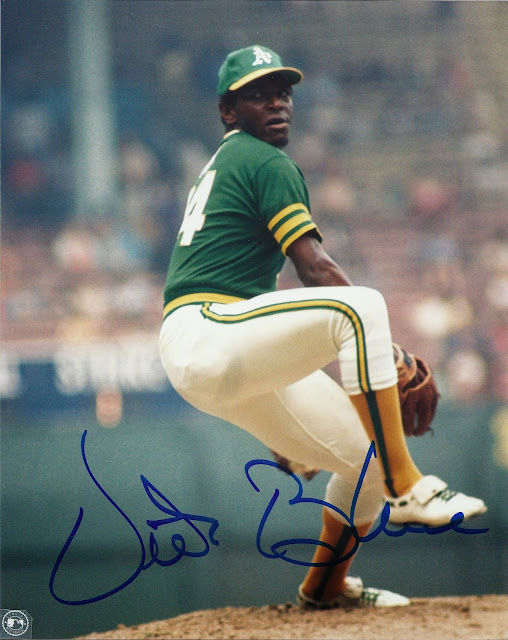 Of course I ended up bringing both of these home.  It was not that far-fetched that he had these as Mr. Blue is a Louisiana native.  The weird part is when I mentioned that I also collect Ron Kittle, and he proceeded to pull this out: 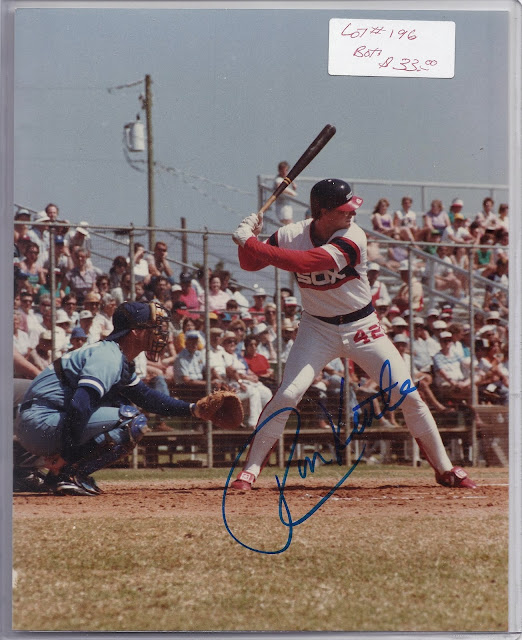 What are the odds?  He only had a stack of a dozen or so autographs, and one of them is Ron Kittle?  I had no choice but to buy it from him.  What a long shot.

It was a great show despite the limited Griffeys.  I probably should have skipped it was I just spent so much on my mystery Griffey Holy Grail, but I knew there would be something there I couldn't not have in the collection.  I was right - welcome home, Kittle!

Posted by The Junior Junkie at 6:59 PM