I only scooped up about a half dozen or so of the following cards during the Black Friday sale.  It ended up taking me another week or so before I finally added enough that it was worth it to get them all shipped.

All in all, there’s a lot happening with this COMC shipment.  I’m particularly excited about one card here that fulfills one of my collecting goals for 2013 that I’ve been neglecting all year.  I also completed a few insert sets as you will see. Enjoy!

I was all squinty-eyed and suspicious about the very idea of this insert set, but I’ve gotta say it looks pretty darn good all assembled.  I still need the scarce Home Run card and the 1/1 Cycle card.  Then again, if I mark the Cycle card down as ungettable I’m already 75% of the way finished. 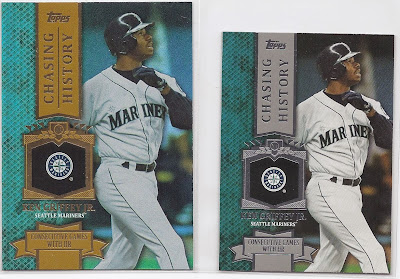 These were the last holdouts from the Series 1 design.  The Triumvirate is complete.  Well, Triumvirate plus a mini.

And these round out the Series 2 Chasing History trio.  That Ballparks insert has a great depiction of the Kingdome (which I never got to see); and it doesn’t look like it, but it’s numbered out of 8000. 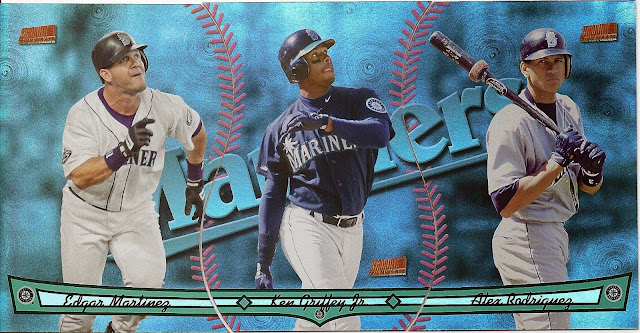 I broke down and bought the other two Mariners from this insert.  I don’t count them as Griffeys, but they do get positions of honor beside their brother card in the Griffey binders. 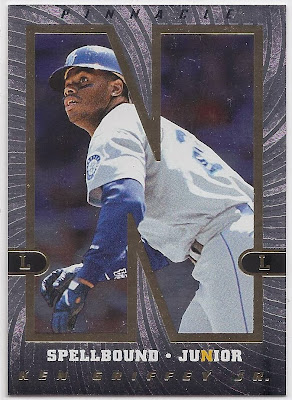 I got hooked on this ridiculous set, and through no fault of my own (fate keeps delivering them to me) I now have U-N-I-O-R.  So, I guess I’m on the lookout for the J card now.  I’ll admit it - I’m a little excited about having them all together at last. 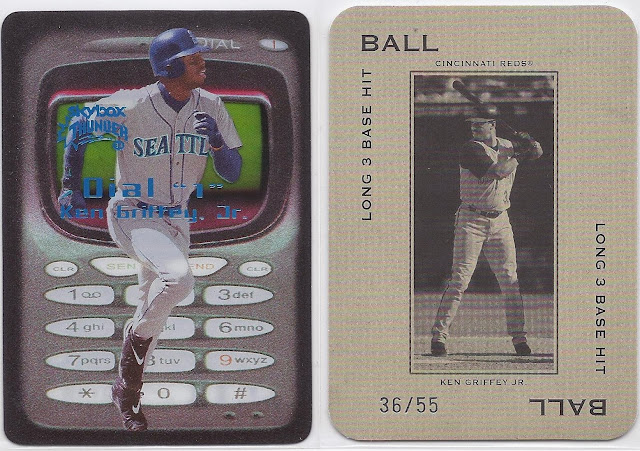 That cell phone card from Skybox Thunder is one of the funniest cards I own.  More on that later.  Check out the super scarce ball card - only 55.  This thing was heavily discounted for how few there are, and the set is a total mystery to me.  I just couldn’t pass it up. 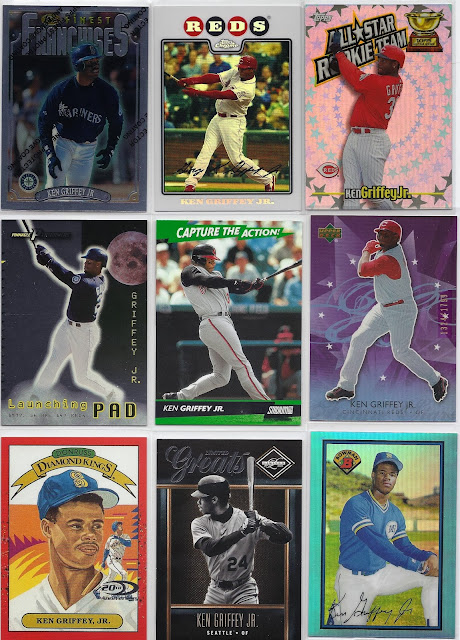 I’ve only ever seen one silver parallel from this Finest set in person - now I have a Griffey in that color.  I’m a huge fan of that Moon card, too.  I’ve mentioned on this blog before that I love reprints of overproduction-era cards.  They feel so naughty.  Well, here’s two of them, one from 2013 Bowman and the other from 2001 Donruss.  Yes, that’s the Diamond King from the Red Menace set.  Yikes.

Not too familiar with that Leaf Greats card, but it’s from 2011 (there are so few Juniors from 2011) and serial numbered. 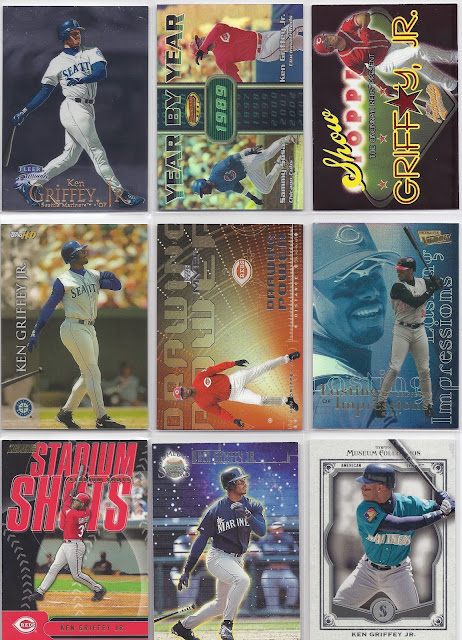 I’m sorry, is that Vegas-themed insert?  Come to papa! 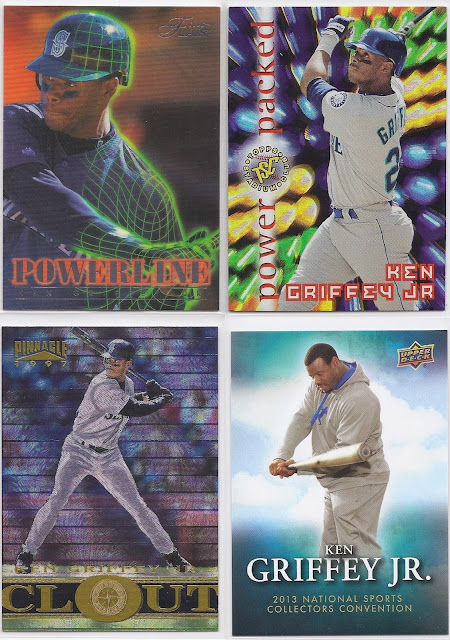 Here are three super fun mid-90’s Griffeys and a 2013 Upper Deck Griffey.  What?  That’s right.  Apparently this was made just for the National.  Great-looking design, comfortable-looking sweatpants - this card can do no harm. 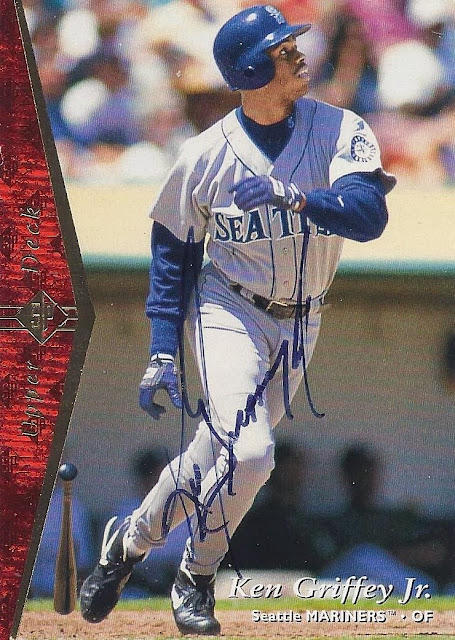 I said it in January: I want to obtain an autographed Griffey card in 2013.  I realized only recently that I hadn’t done so yet, so I quit using up all my COMC credits on nonsense and bade my time until I had enough to snag this on-card beauty.  Did I mention that this card is 18 years old?  Boom: legal, bro!  I’m gonna go buy some Boone’s Farm, put some Reel Big Fish, and we can get this party started right.

Posted by The Junior Junkie at 2:40 PM