Relic Sets From a Kmart Repack Box: Don't Expect Much


Let’s talk about Kmart.  I usually avoid this store as it never ceases to utterly depress me.  It’s like Wal-Mart but somehow noticeably more expensive and with a severely more limited selection.  It seems to exist in a constant state of renovation/reorganization, yet it always looks neglected.  Are they all like this or is mine the only one?

The one bright spot from the trip was that for the first time in recent memory the girl who checked me out was downright pleasant which is amazing to me in that environment.  If I owned my own business I’d have offered her a better job on the spot.  The parking was also pretty nice.  I guess that makes two bright spots.

Back to baseball cards.  I had an hour to kill while they put on my new tires and had no other option than to walk to the nearby Kmart to pass the time.  They had a card rack, if you can call it that.  Here is a short rundown of the selection at the Kmart card rack:

I took a closer look at the dusty blasters of yesteryear, studying them like a mustachioed British explorer in an ancient Egyptian tomb.  They weren’t discounted anywhere near what they should have been, but the repack boxes were. 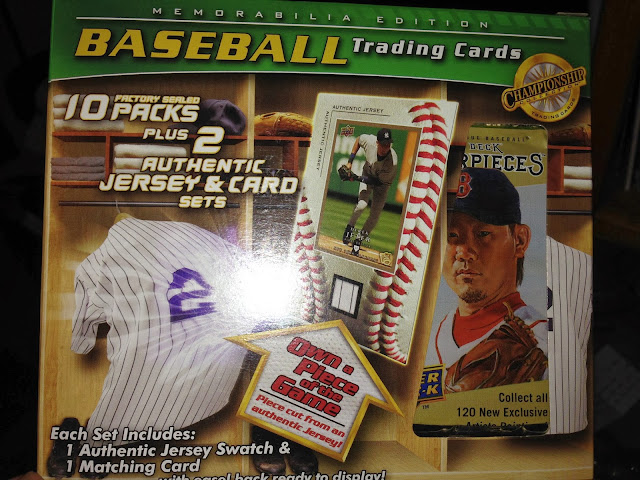 Ooh, pack of Upper Deck Masterpieces on the front.  Good start.  This one promised ten packs and two “relic card sets.”  Hm - that’s worded strangely.  What am I getting? 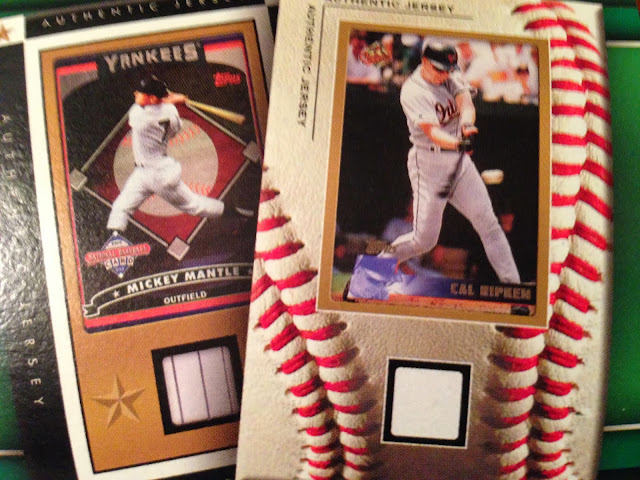 Oh, it’s a set comprised of a card and a small piece of cloth called a "relic."  And there are two of them.  Now I’m on the trolley.  And typical pulls include players like Cal Ripken, Jr. and Mickey Mantle.  I see.  This puppy may have been worth the $11.99 I spent on it.  Who did I get?  Babe Ruth and Ken Griffey, Jr.?  Probly.  Here goes…… 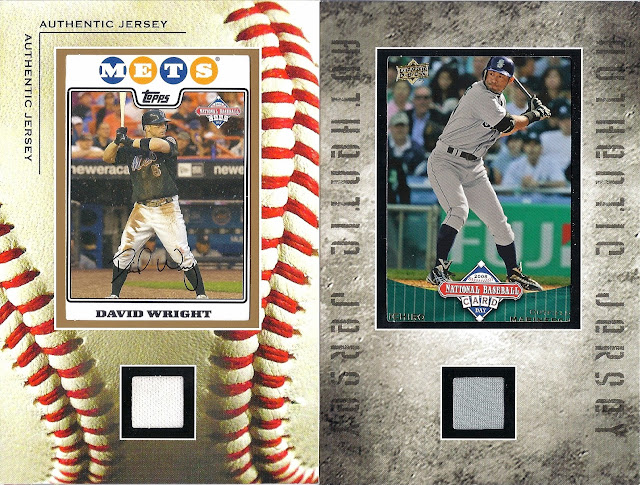 David Wright and Ichiro.  Assuming these are genuine relics (which is probably hopelessly unprovable), this is not a bad pull from a $12 box that also includes ten packs.  What else was in there? 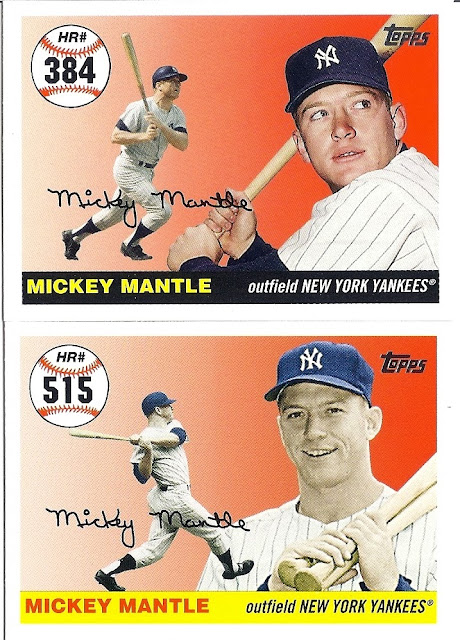 I've gathered that these are a dime a dozen since I see them everywhere.  I have a ton of them, too.  I can't go for the set, though, as it would steal focus from my amassing of Griffeys.

I love finding this brand in repacks.  They are a blast to bust.  I have a tough time putting them in the trade stacks - I want to keep them all, even if I don't collect the player.  Sadly, no Griffeys. 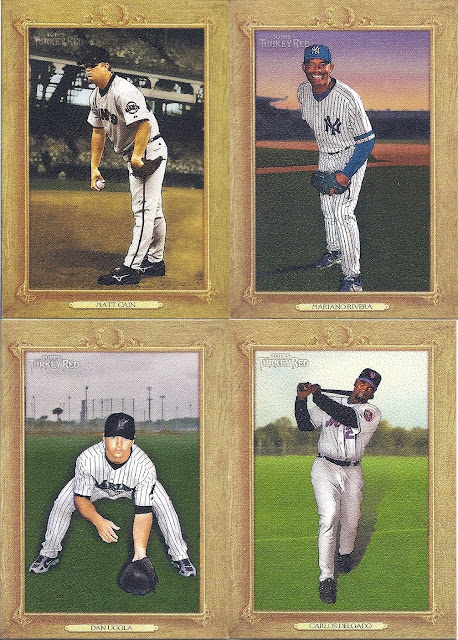 These are in the same boat as UD Masterpiece.  Fun to open, great cards in general.  Again, no Griffeys. 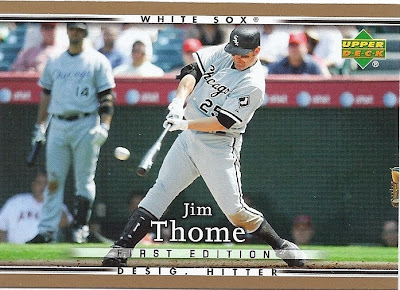 This is not a Griffey, but it is a sweet card.  I don't even mind the awful, awful UPS brown. 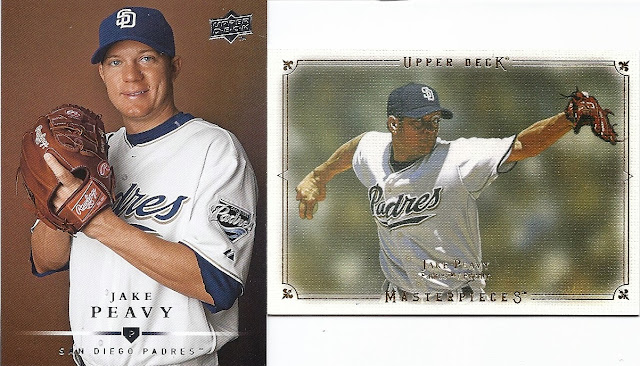 Can I bend your ear about Jake Peavy for a minute?  The good Lord has seen it fit to bestow upon me oodles of Peavy cards.  Good ones, too.  I feel like I am being tricked into collecting him.  I started putting his cards aside whenever I pull them just to see how many I can get, and the stack is getting pretty high.  So, who likes Peavy?  You want Peavy?  Take my Peavy! 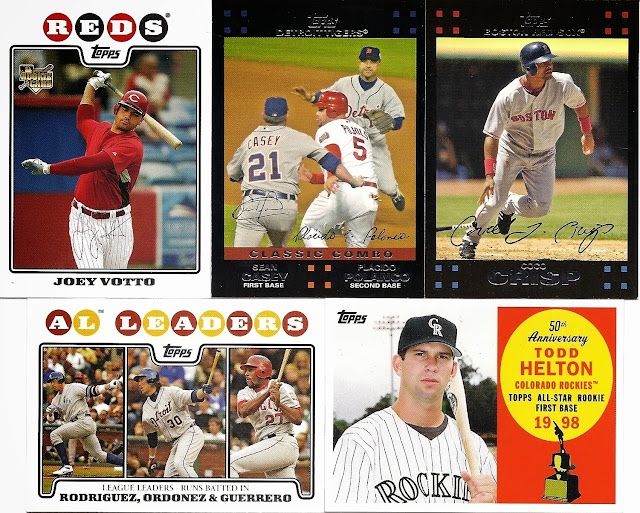 A Votto rookie, Pujols in a run-down, and a pretty nice Helton trophy card.  Not that bad, except for the lack of Griffeys. 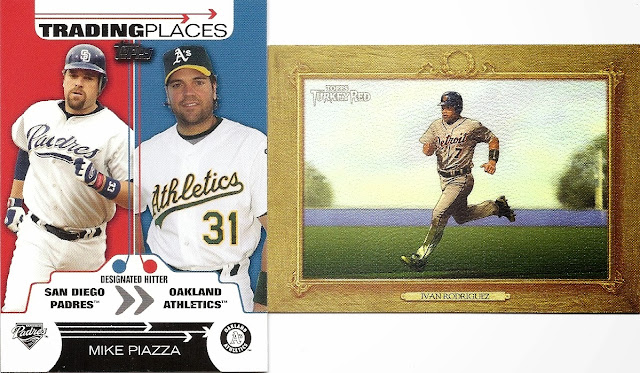 Here's a pair of some of my favorite catchers of the last 20 years.  Sadly I think that Piazza is my favorite pull from the entire box, "relic sets" included. 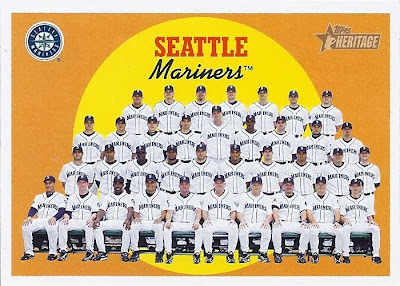 This is the closest to a Griffey I got.

Pretty unsuccessful venture as repacks go, but not a total loss.  I passed some time and got some solid trade fodder.  Let the claiming begin!
Posted by The Junior Junkie at 8:30 AM