Hi, there!  I hope everyone had a happy and productive holiday season.  Back to reality...

I set eight goals for myself in 2014. Of those eight, I hate to admit that I really only accomplished one. Let’s revisit:

1. Complete online catalog with links to posts that feature each card.

Did I do the thing? Hell yeah! Checkit: “This list will be called The Beast.”

2. Cut down on LCS visits and avoid repack boxes altogether.

Did I do the thing? More or less. I definitely bought fewer blind longboxes this year, but that’s not to say I didn’t buy any. Sometimes you get the itch. You’re driving home, knowing you’re going to have the house to yourself for the evening. You’ve already got a movie in mind, a bag full of Taco Bell, and the possibility of cards in the mail when you get there. On evenings like that it can be nice to grab a blind box or two to sort through on the couch post-burrito. So sue me…

Did I do the thing? I don’t think I did. I’ve sent out a bunch of cards this year, but I can’t help feeling like I sent more last year. I don’t really keep close track of precisely what goes out – I mostly just make notes in a little book to the effect of “Send cards to The Prowling Cat” or the like. Then when I find I have a few hours to assemble said packages I do them all at once.

The problem is time. I haven’t had as much time to sit and blog let alone keep close tabs on sorting or trading. I don’t even have the down time at work I used to have to just bang out post after post leaving only the scanning to do when I get home. I’m making more money, but it really is at the cost of my free time.

Also I haven't kept up with trade posts as well as I used to, but I have a new system I'm working on that should help me keep up and not miss any. In the meantime it's possible a few fell through the cracks.  I have several trade posts currently in the works, but if anybody sent me cards and I never show them here on the blog, I'm sorry. Your pal The Junior Junkie is an unorganized mess.

One good thing: I’ve sent a ton of PWE’s. So many, in fact, that I’ve spent more on books of stamps this year than I ever have in my whole life. They’re just a lot easier.

4. Be more diligent about features.

Did I do the thing? No. I did manage to put together a few decent Design Timelines, though. I even introduced a new feature, Cavalcade of Keepers, which I love doing because they tend to be quick and easy. The problem there is that they are meant to be hold-overs between Griffey posts and I haven’t had time to do even those.

5. Support competition and diversity by using COMC and buying Panini.

Did I do the thing? Not really. I didn’t buy very much Panini. There just wasn’t much that really excited me. On the contrary, I bought more Topps this year than I ever have, including two boxes of Stadium Club, a box of Finest, flagship series one, and goodness knows how many packs.

I did, however, ramp up my COMC usage as the average scarcity of my Griffey needs has gone up.

Did I do the thing? Ehhhhh…. 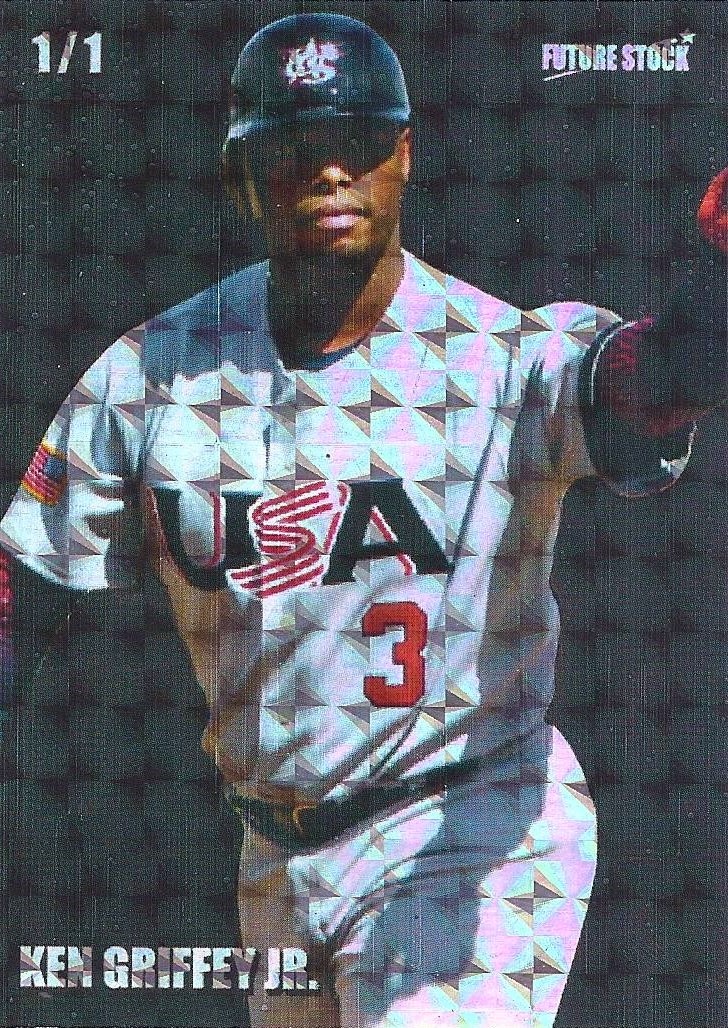 I am happy to report that I got several autographs this year and also a bunch of key cards from this year and the 90’s. That's something.

7. Get rid of all these cards. 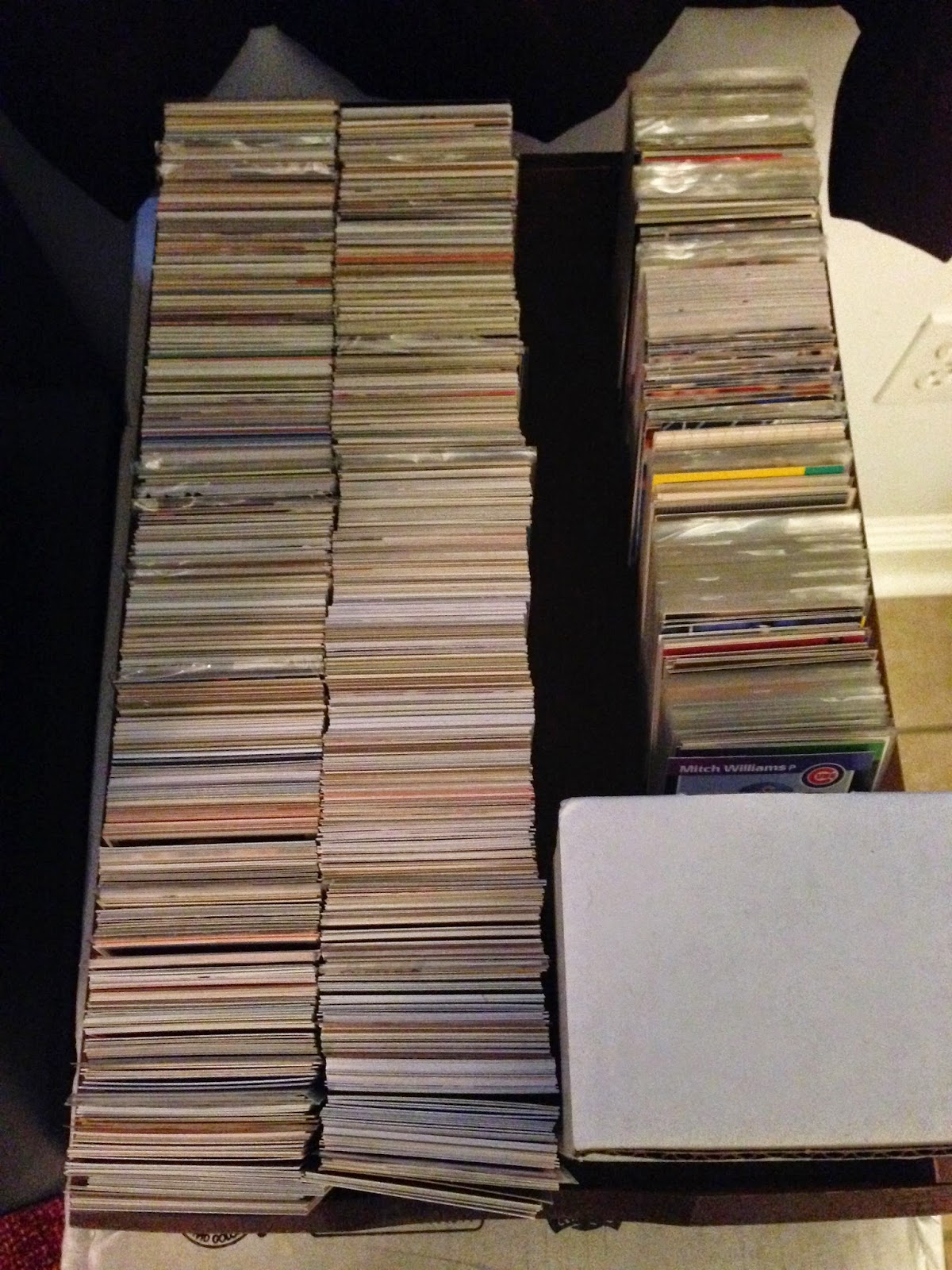 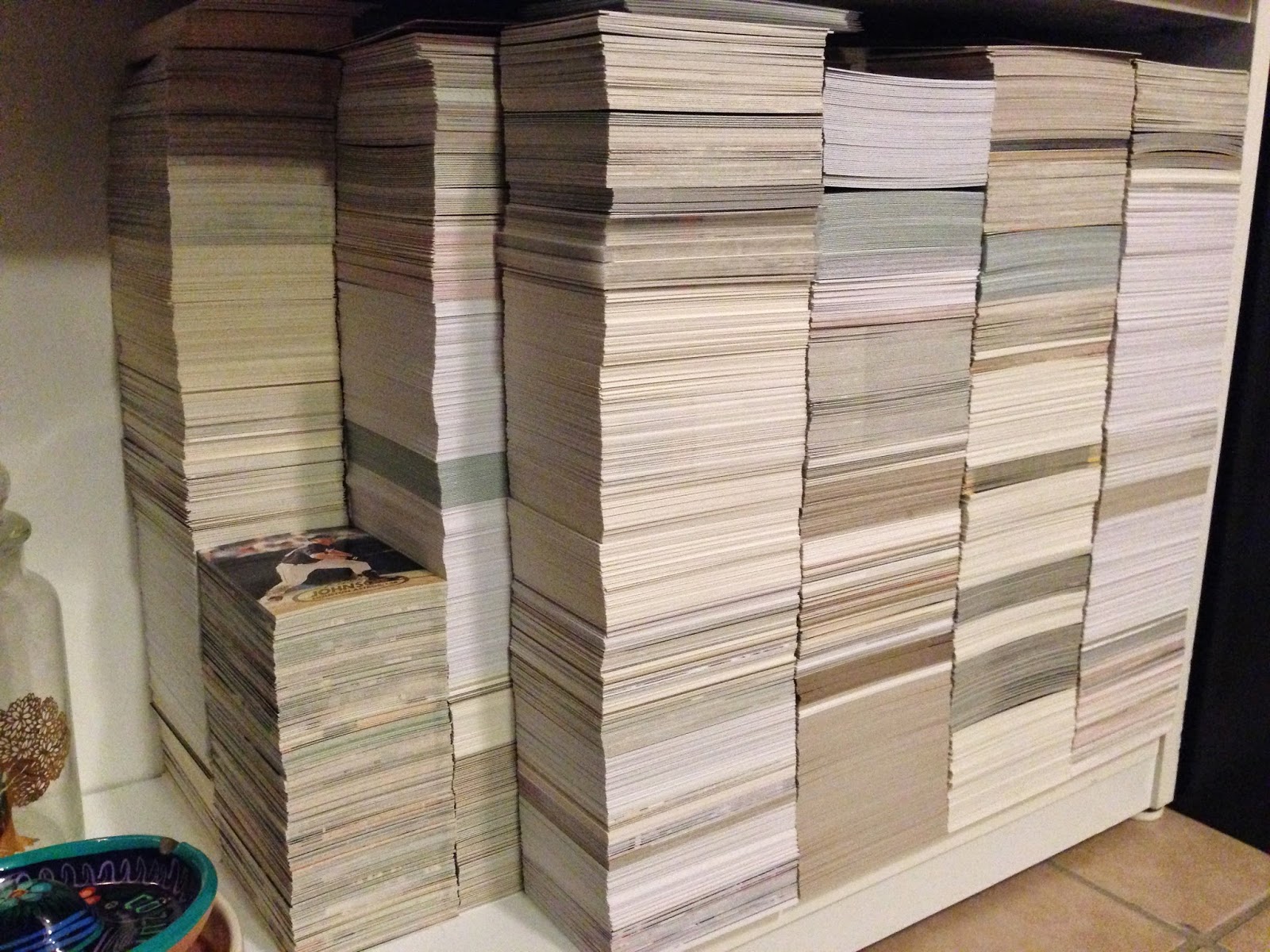 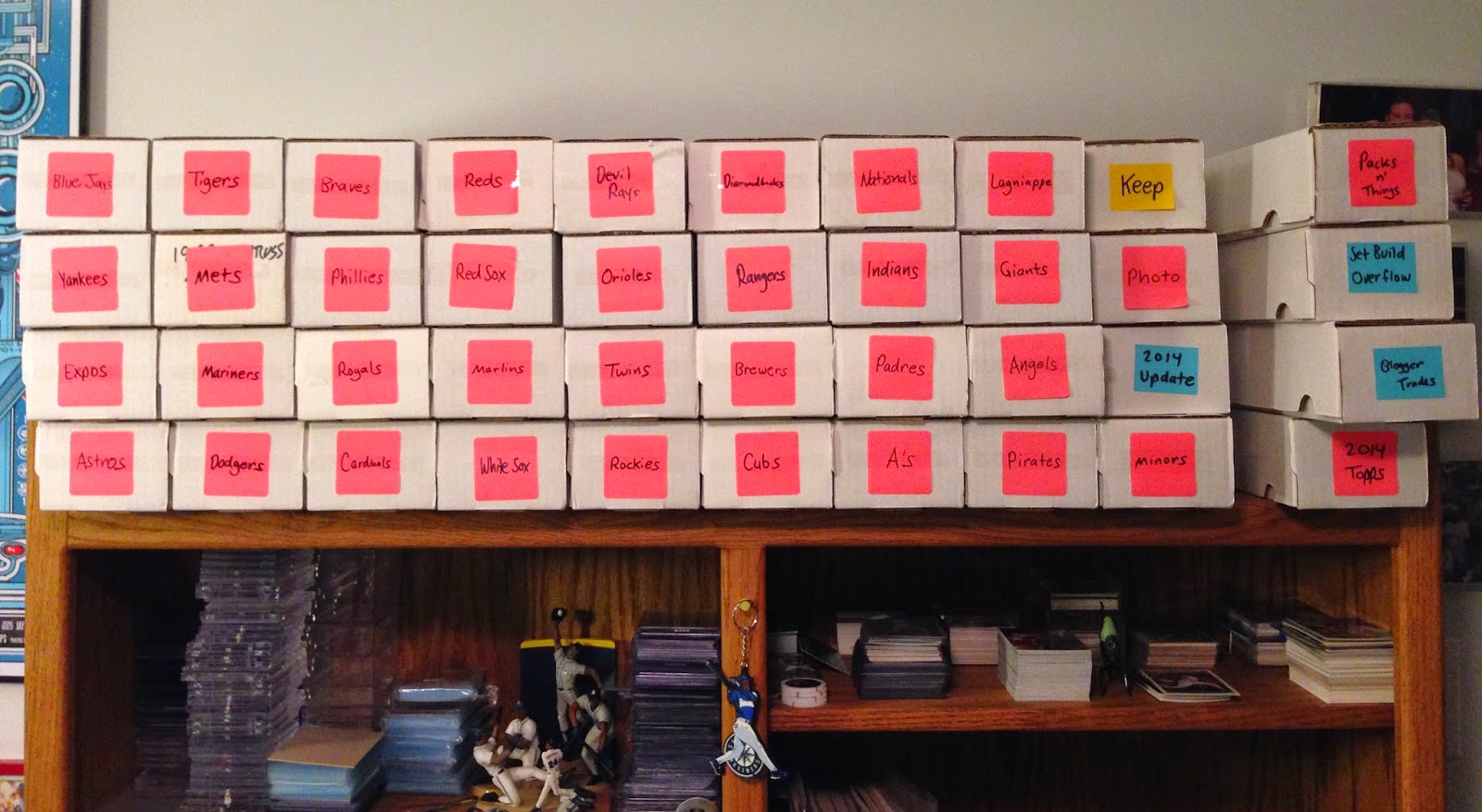 So what did I do right this year?

I added PC's and started cataloging them. 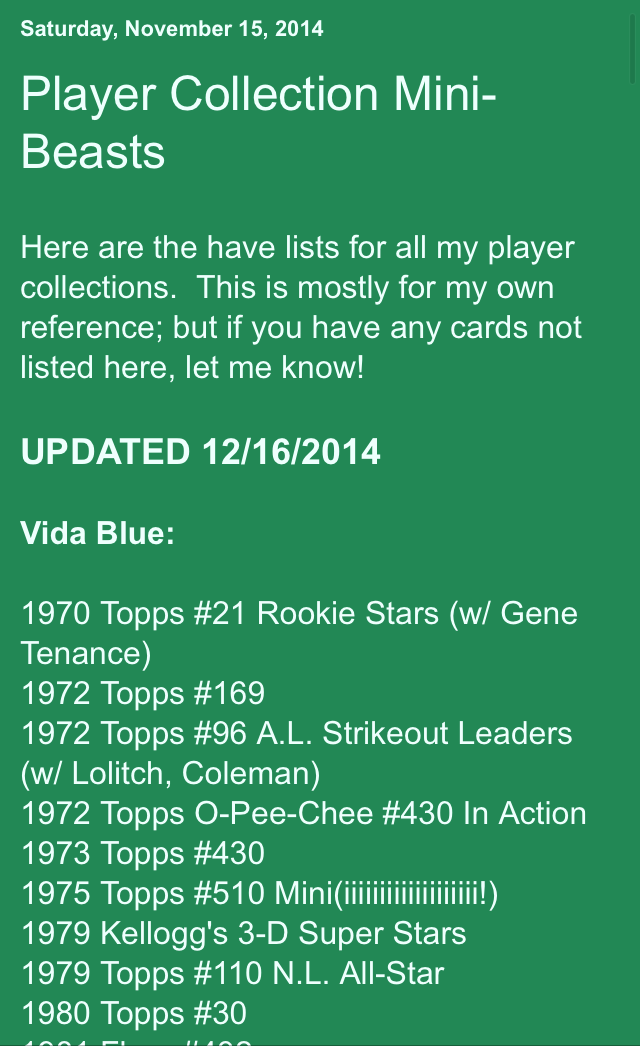 I got a more secure storage solution for my Griffey collection. 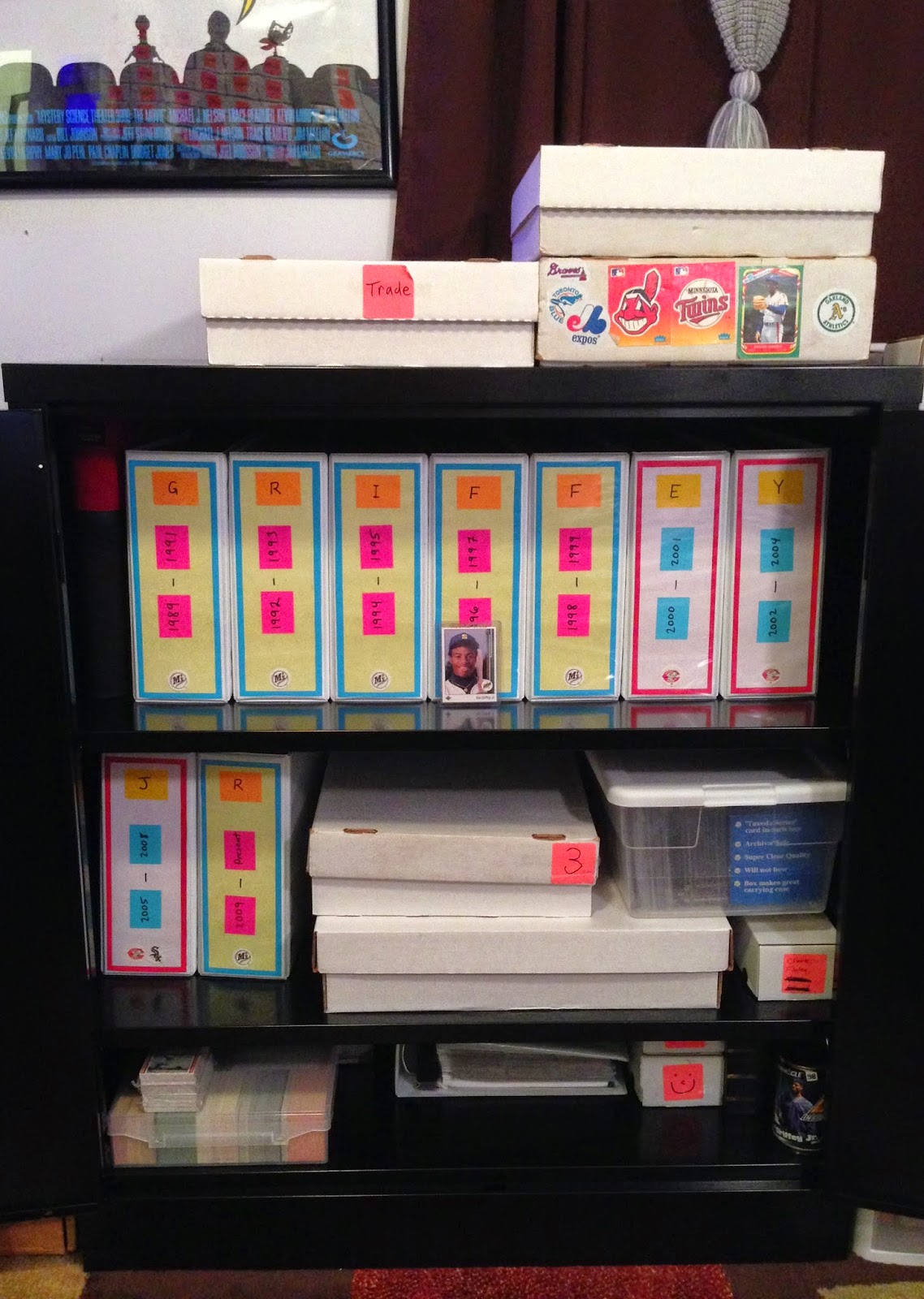 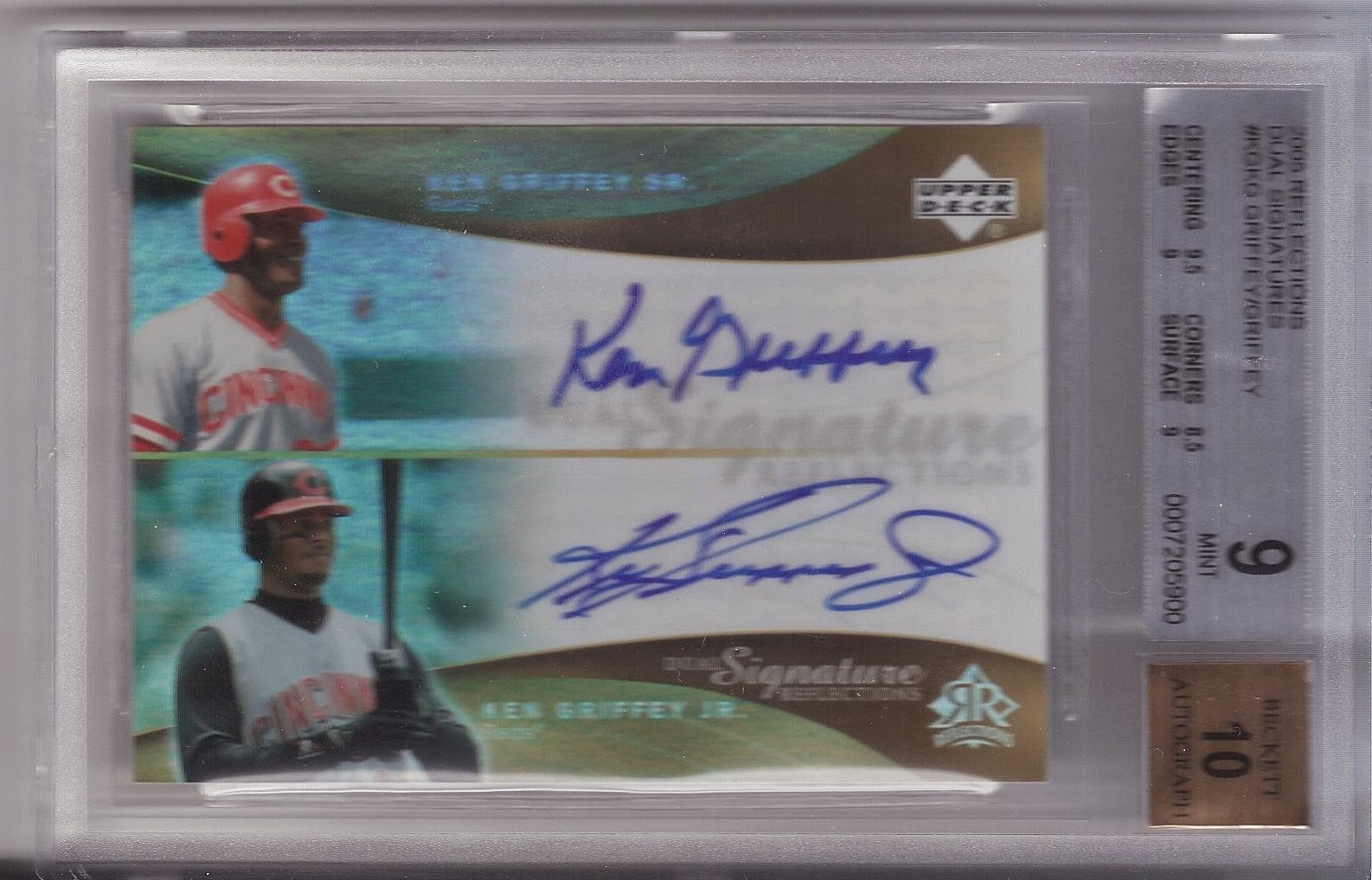 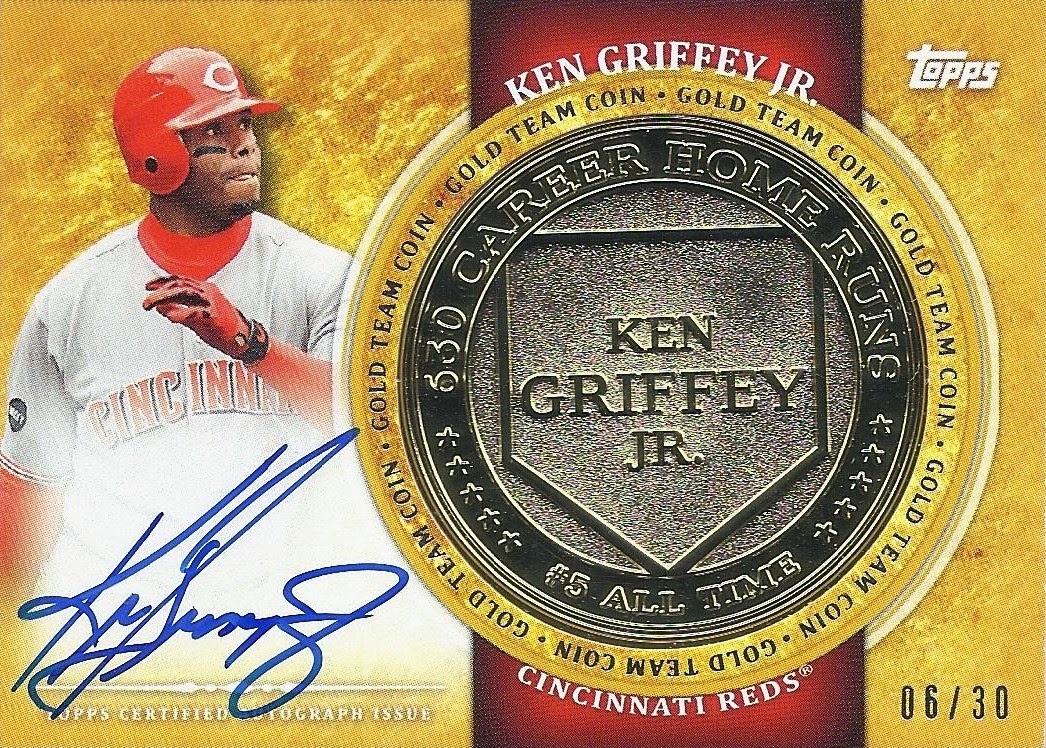 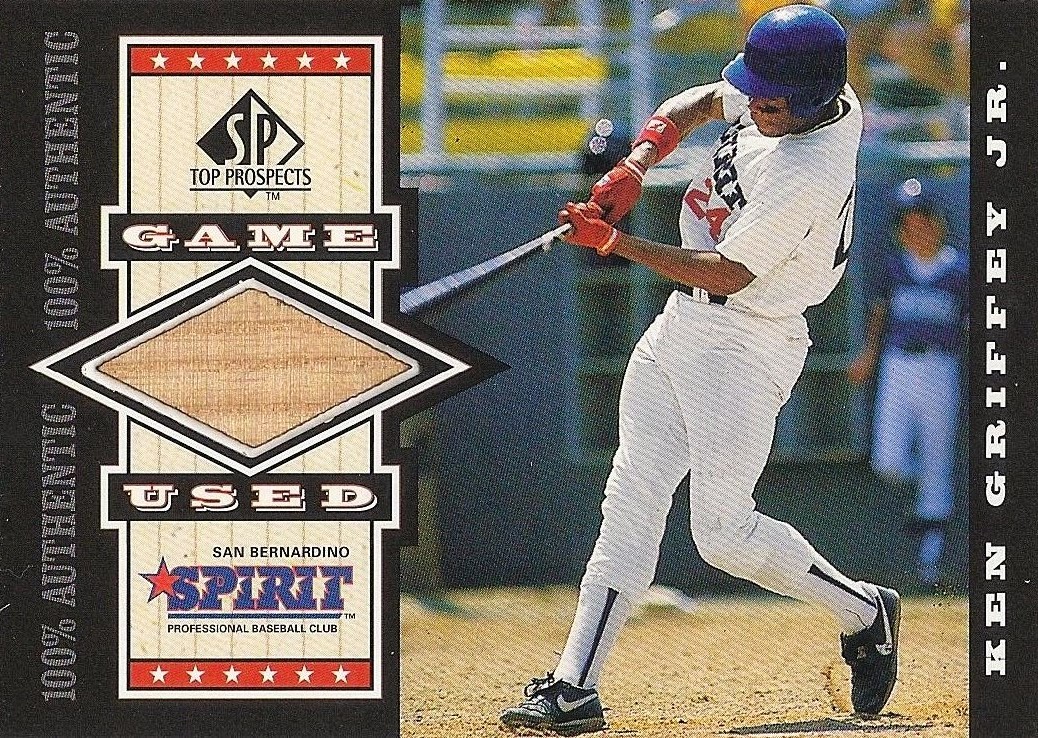 
I also kept organized, dabbled in set building for the first time, and managed to get (nearly) all my Griffey stuff into one photo: 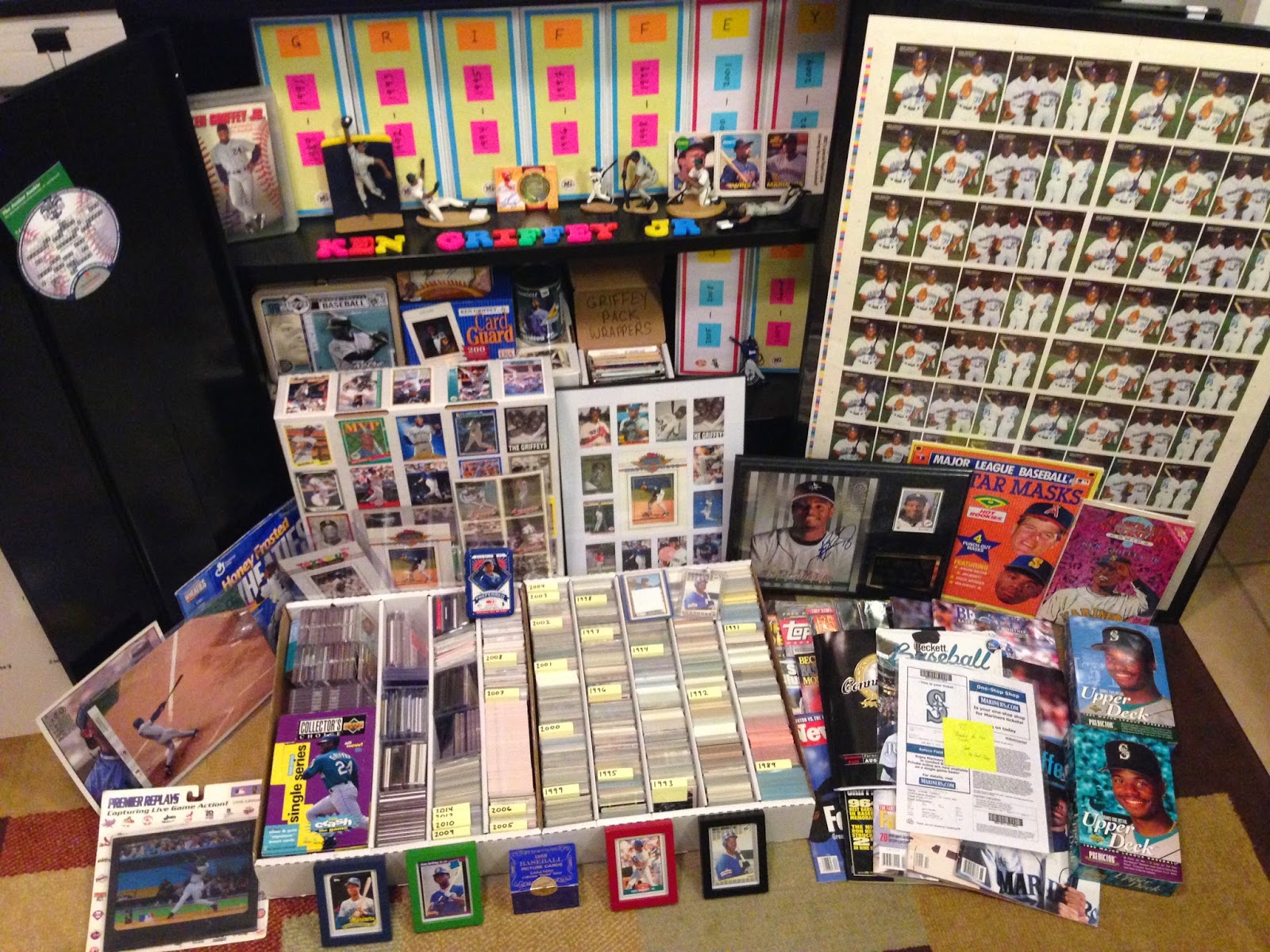 I gained and lost 4000 Griffeys to end up with exactly 30 fewer than I had 12 months ago, but I also added a whopping 973 new unique Griffeys.  That was a big swing.  This means the number of Griffeys I have only one of is now greater than the number for which I have duplicates.  Quality over quantity.

Without further ado, the obligatory end-of-post hot girl.  Here's to a great 2015! 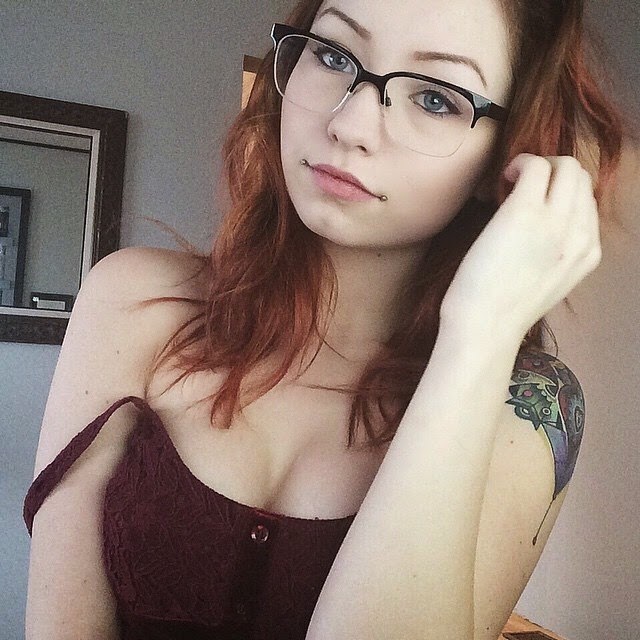 Posted by The Junior Junkie at 1:44 PM