One of Those $5 Card Cubes From CVS. You Know the Ones.

Oftentimes when I buy one of these repack cubes I bust it and forget it, but this one actually gave some pretty decent cardboard. I figured I should write about it. 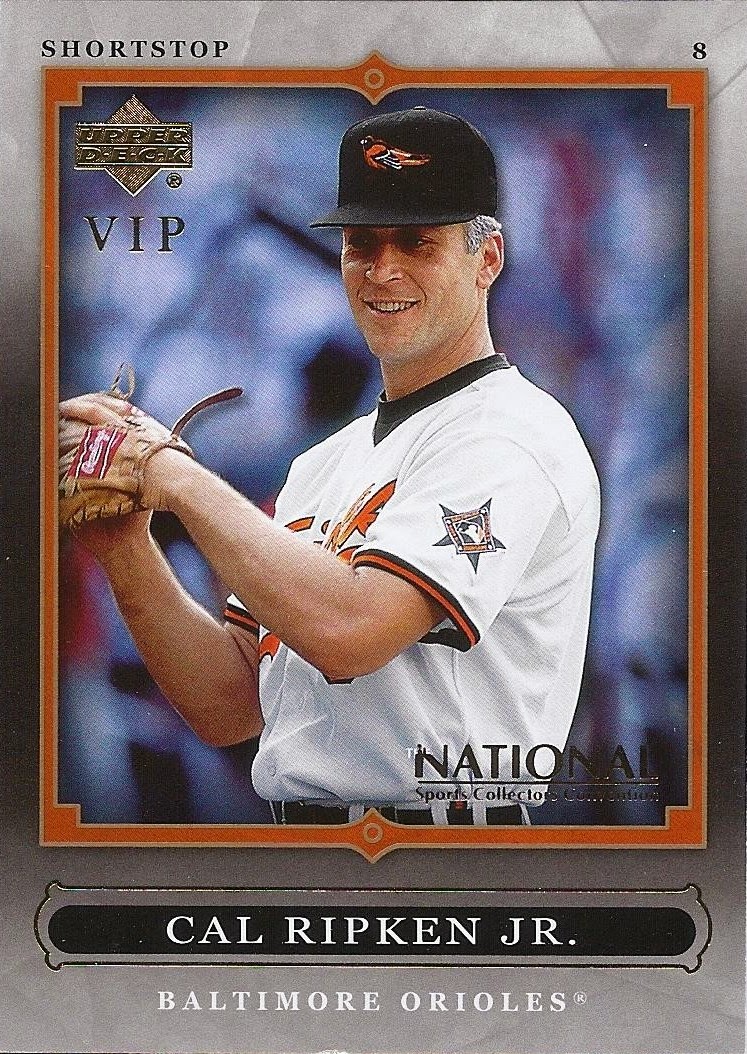 This was the salesman card, that being what I call the card on the front that entices you into buying the whole cube. There was another with a Mickey Mantle reprint, but I liked this Upper Deck offering made specifically for The National just a little more.  Luckily for me this cube seemed to sense my desire for a Mantle: 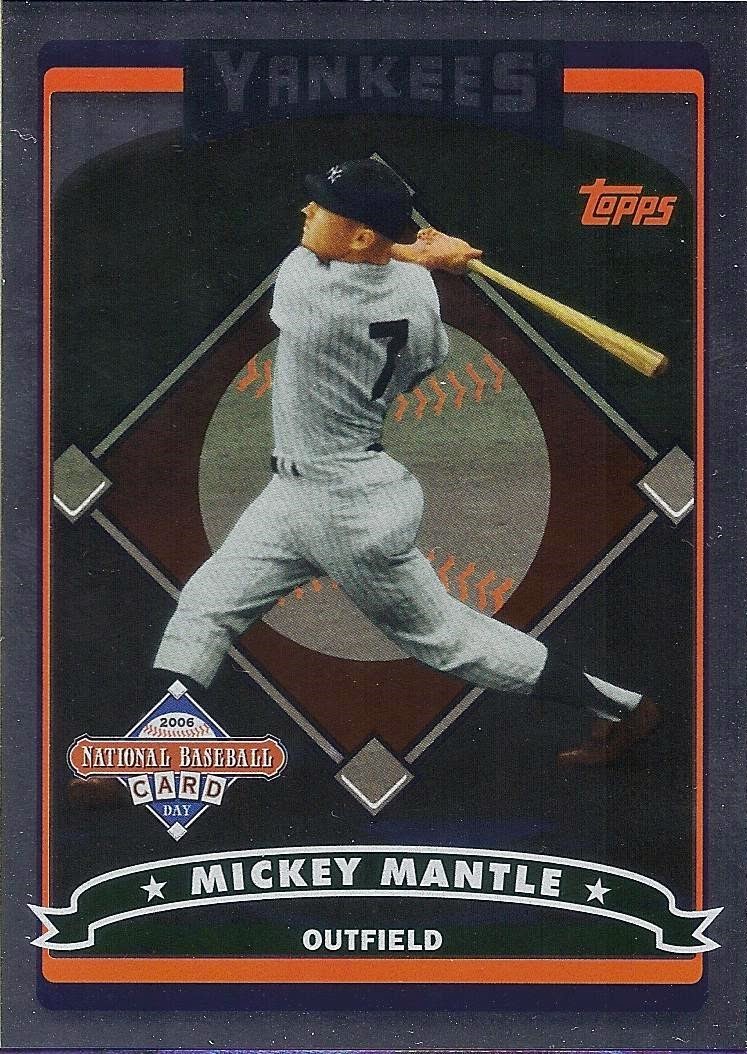 I've never seen this silvery Topps guy, but it's pretty cool with its showcasing of his jersey number and that ball field background. Great name banner, too. 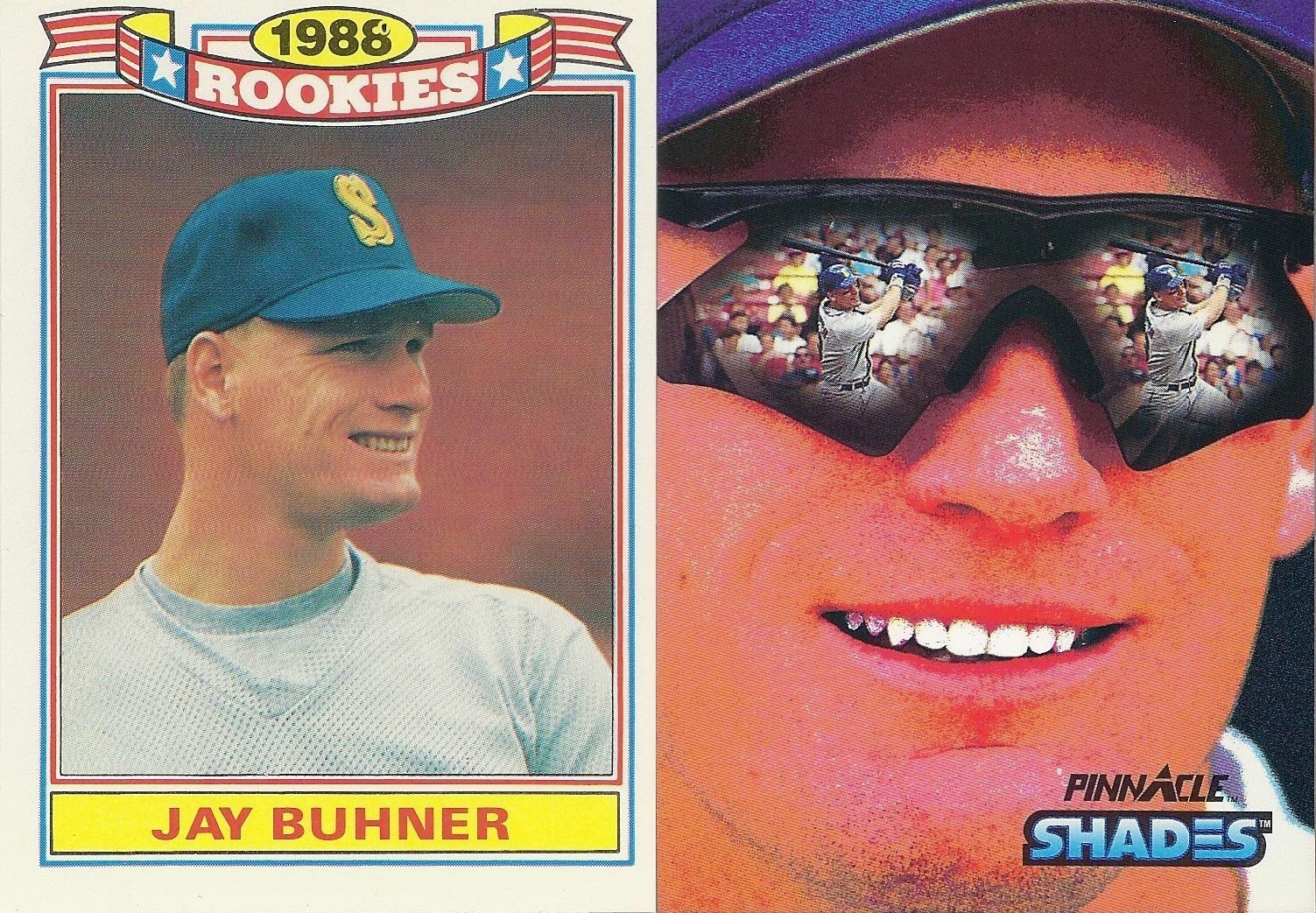 It's almost like the cube knew who was going to buy it. TWO perfectly solid Buhners in one repack? I already have 'em both, but I can't deny I got all excited. 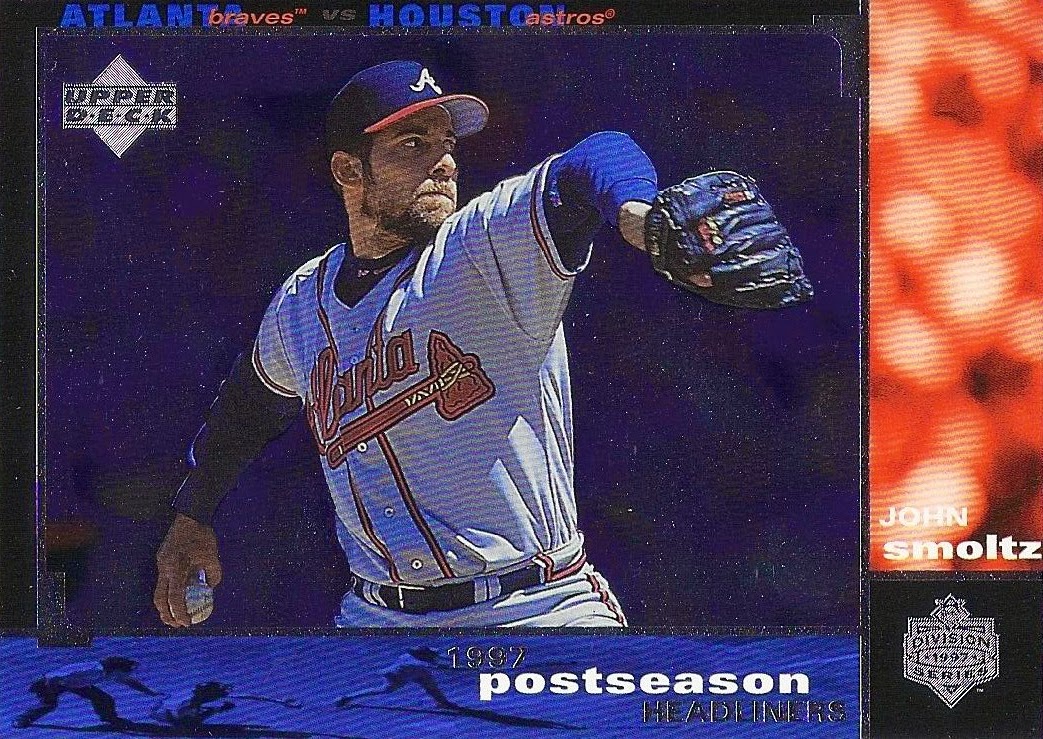 Cool Smoltz. Never seen these before. 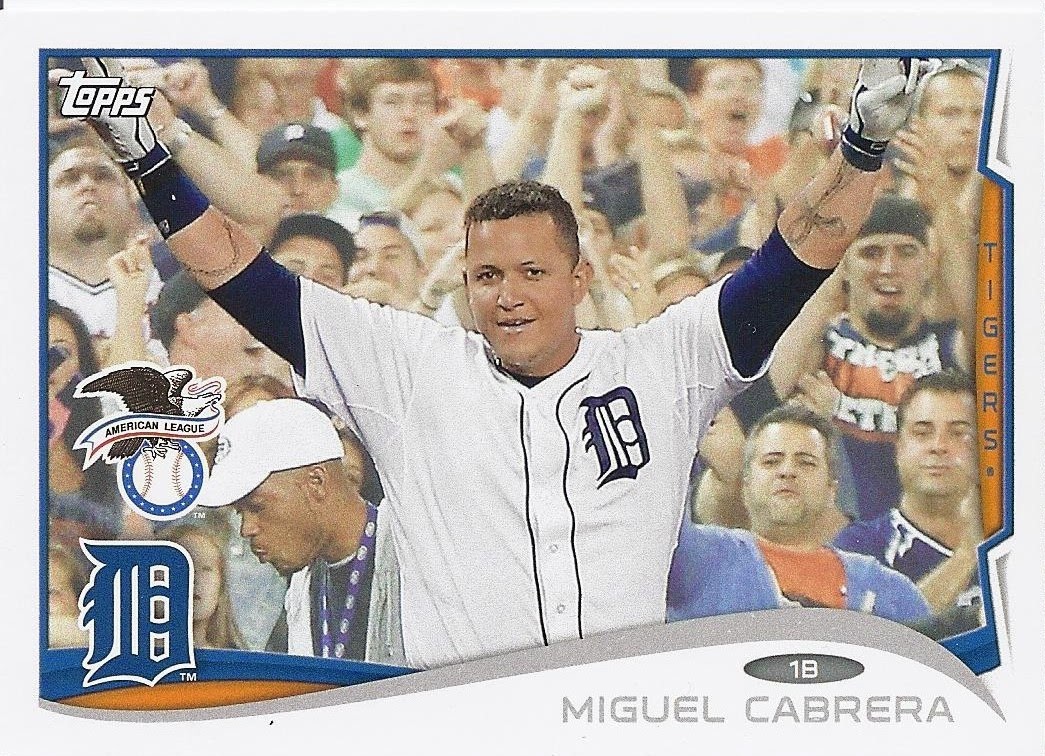 This looks like a regular Miggy, but the back tells another story... 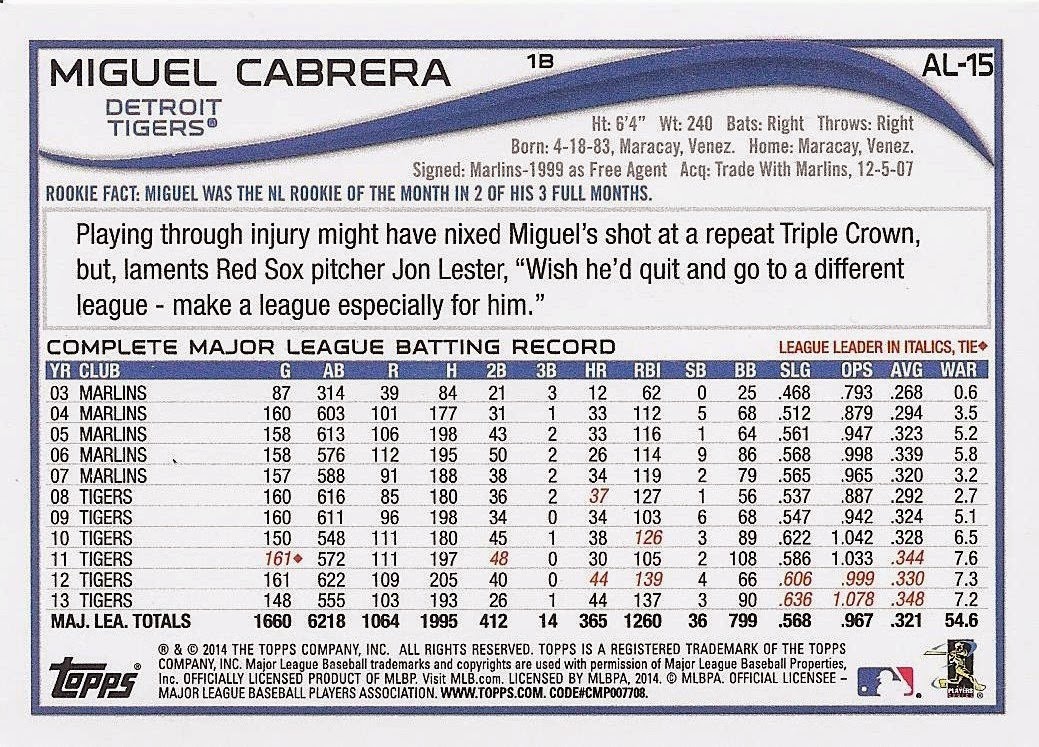 #AL-15?  Where did this come from? There's also no foil on the front. Not sure what's going on here, but I'm sure it's nothing especially rare, am I right?  Anyway, love that picture.

The cube advertises that 1 in 4 contains a hit, and wouldn't you know it? Yay! It's the now-retired Halladay in his Phillies uniform. I'd prefer a Blue Jays relic for Roy, but it's not a bad hit for one of these cubes. I'm not a huge A&G fan, but I do love their relic presentation.

Some nice vintage. I'm sure some snicker at my calling such recent cardboard "vintage," but...yeah.

The Parker is cool, and the Tiant autograph shot is better, but the Tekulve action shot takes the prize here. Dig the runner on second. You don't see shots like that anymore what with Panini not allowed to show logos and Topps cropping all the life out of their base cards. 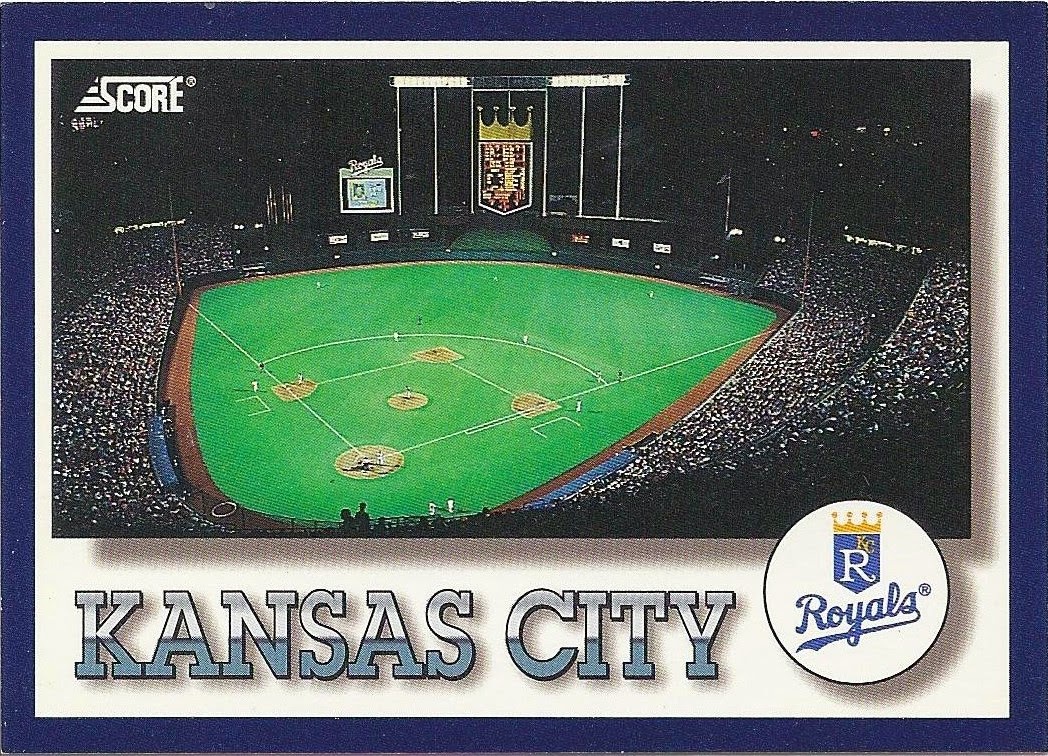 I gotta tell ya, I am enamored with that scoreboard, especially after this past season. You guys have something special in KC.

A few stars were mixed in among the riff-raff. I really like that shot of McGwire combined with the red foil nameplate. Nice card, Pacific. 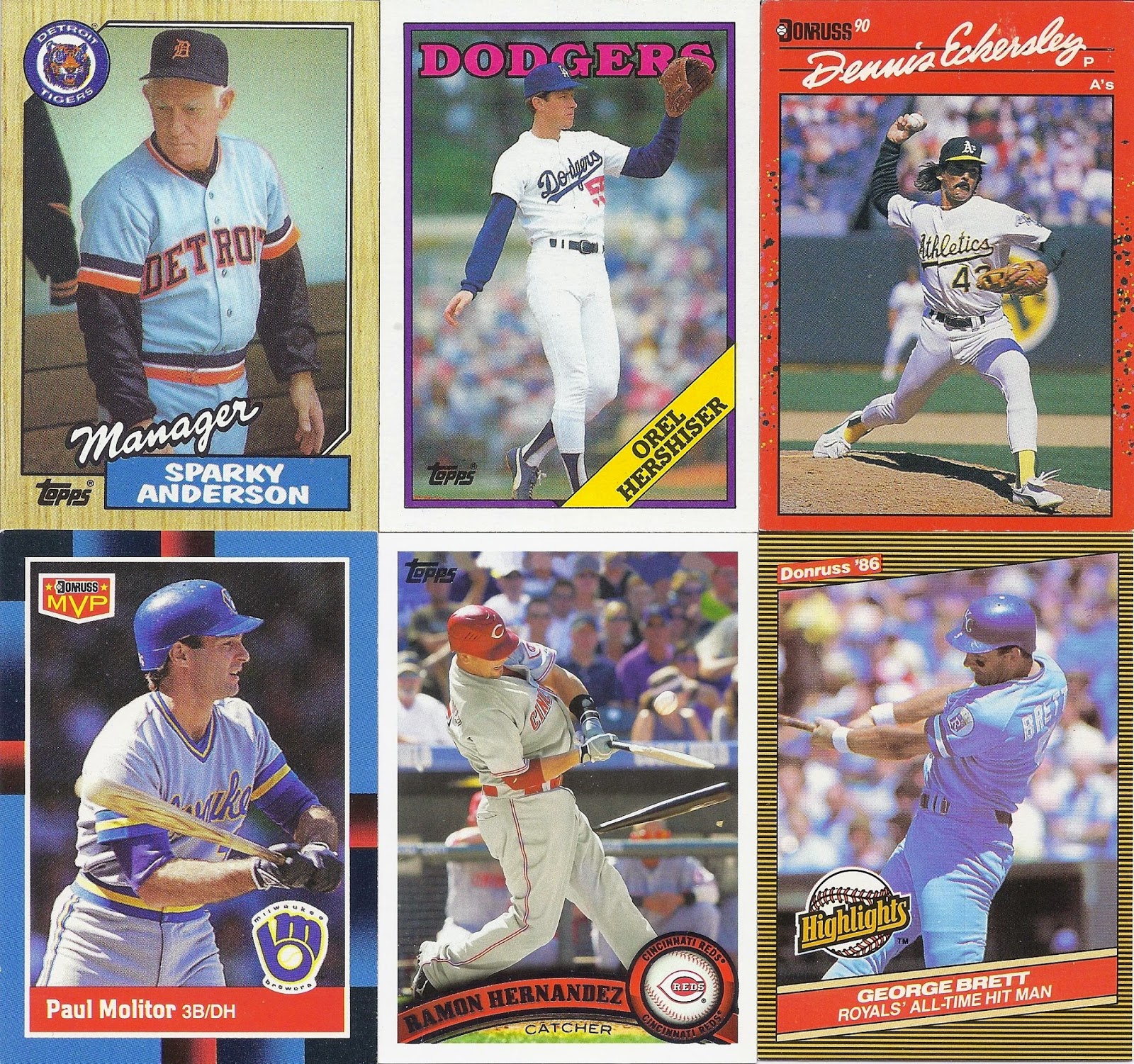 Here's a nice stack of Hall of Famers plus one broken bat. Despite a few reasonably big names, Mr. Detwiler gets the award for best rookie card in this stack due to that excellent photo. Speaking of 2008 Upper Deck... 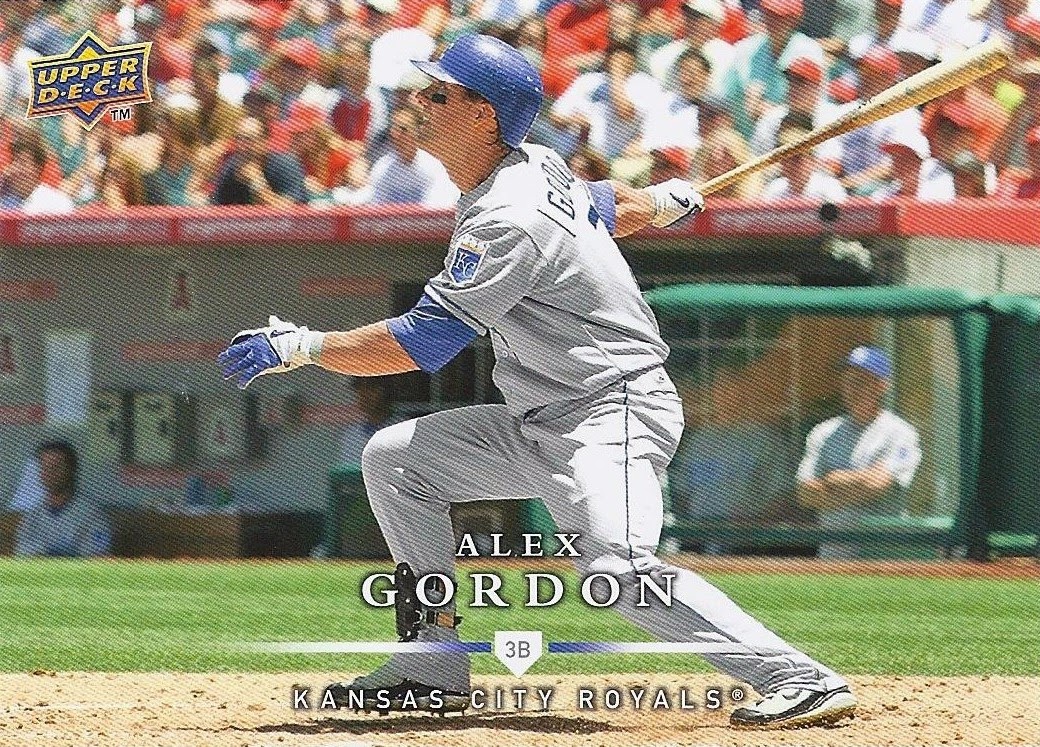 I want them to make cards again! Upper Deck gave us some of the best cards in this stupid cube. Give them a license, MLB! LET THEM PLAY! 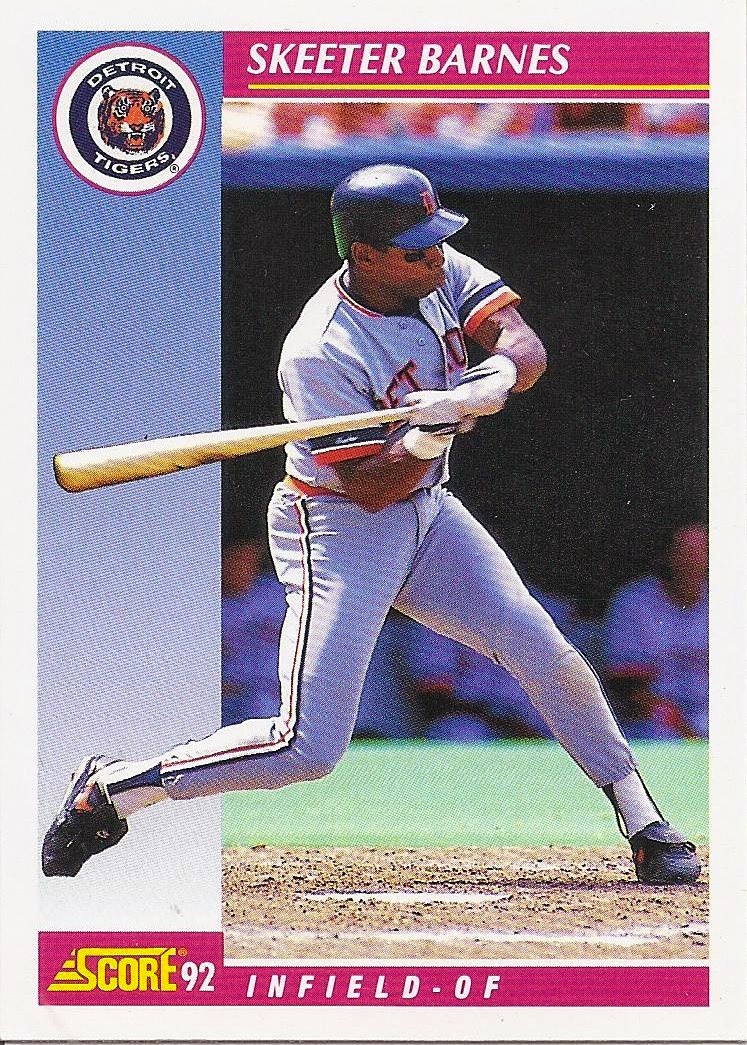 Let's wrap this baby up with the best name in the bunch: Skeeter Barnes. It positively trips off the tongue.

I'm pretty happy with how this box went, though most of this is up for trade. Still, I might end up going back and grabbing that other cube with the Mantle reprint.
Posted by The Junior Junkie at 8:30 AM