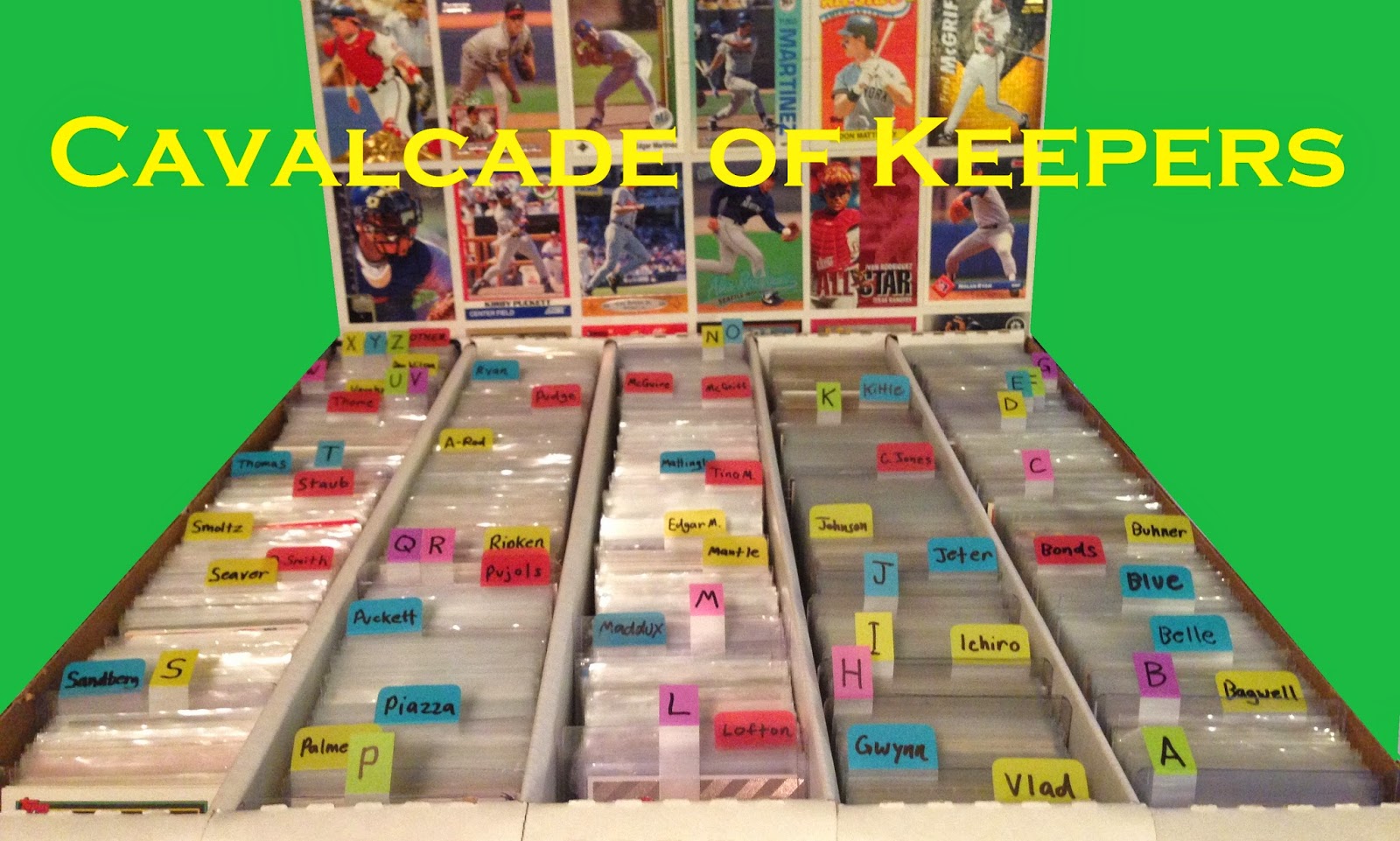 It's been a while, but here once again is a closer look at five cards from the mighty Keeper Box. 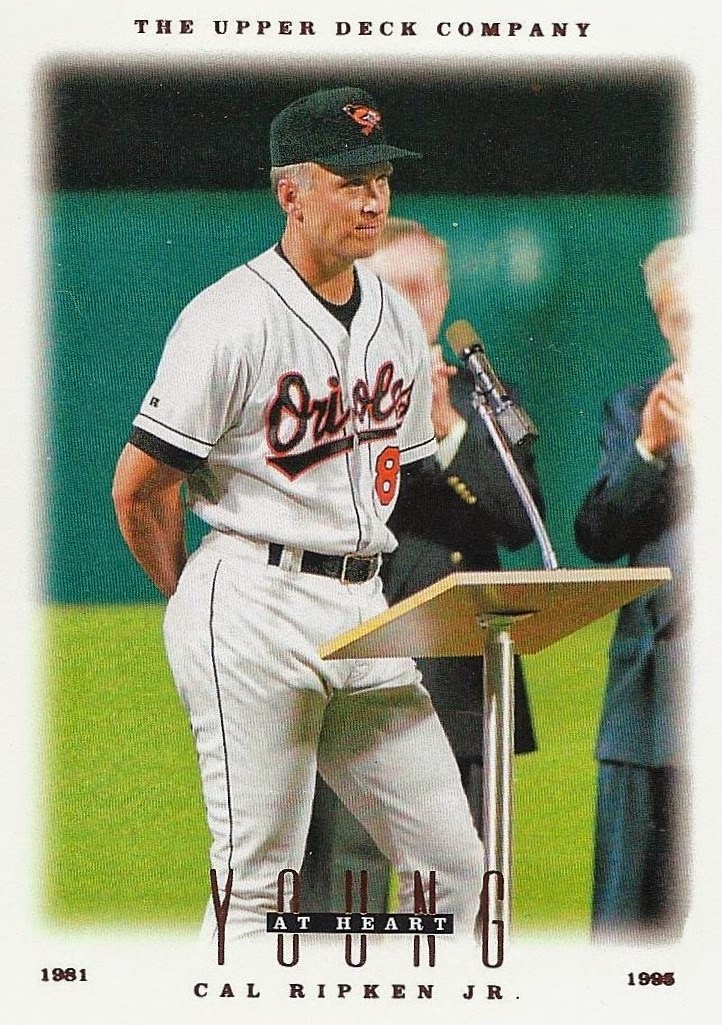 This Ripken from Upper Deck kind of makes it look like he was retiring from baseball altogether when in fact he was really just breaking the unbreakable record. I'll never forget watching that game on TV with my Dad. It was strange at the time because we never really watched baseball together all that much. I remember we laughed when they gave him a massive 2,131 lb boulder for his lawn. We thought that was hilarious. 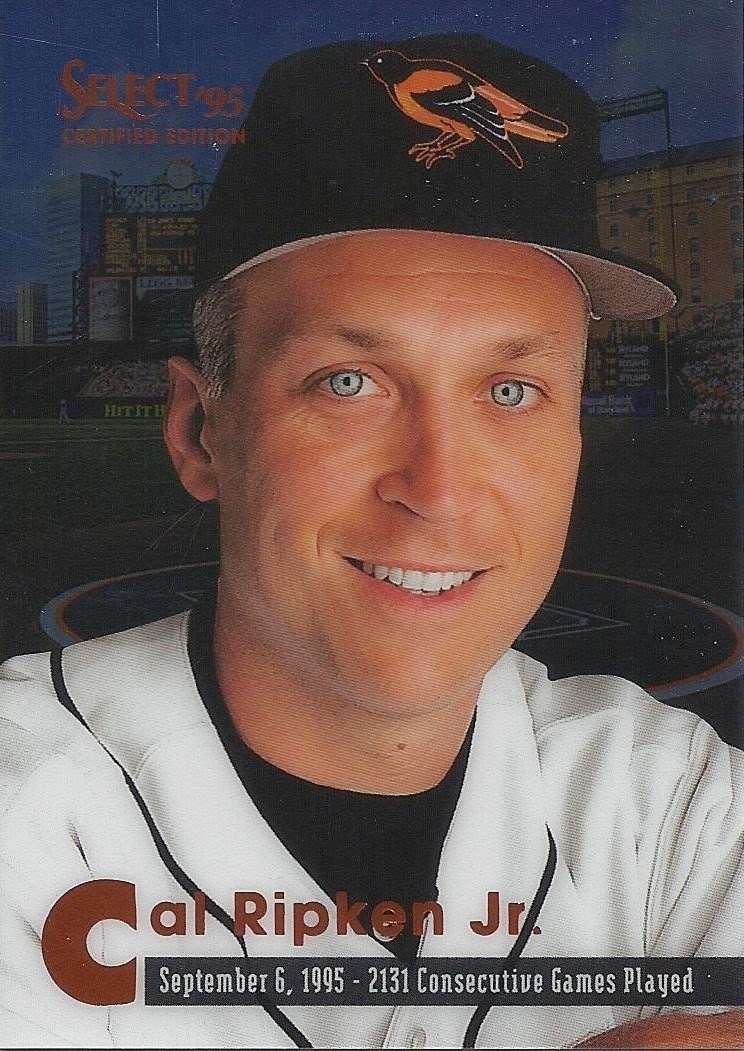 There are a LOT of cards out there heralding Ripken's record, and I thought I was familiar with just about every one until this one popped out of a blind LCS long box. It's from that super fancy Select Certified that was around for a while, and it showcases Cal's photogenicity nicely. The guy's eyes walk the line between "Oh, you have some nice blue eyes," and "Holy Lord how long has that zombie cadaver been smiling at me?"

Anyway, the theme of this Cavalcade is Ripkens in case you were late for the trolley. 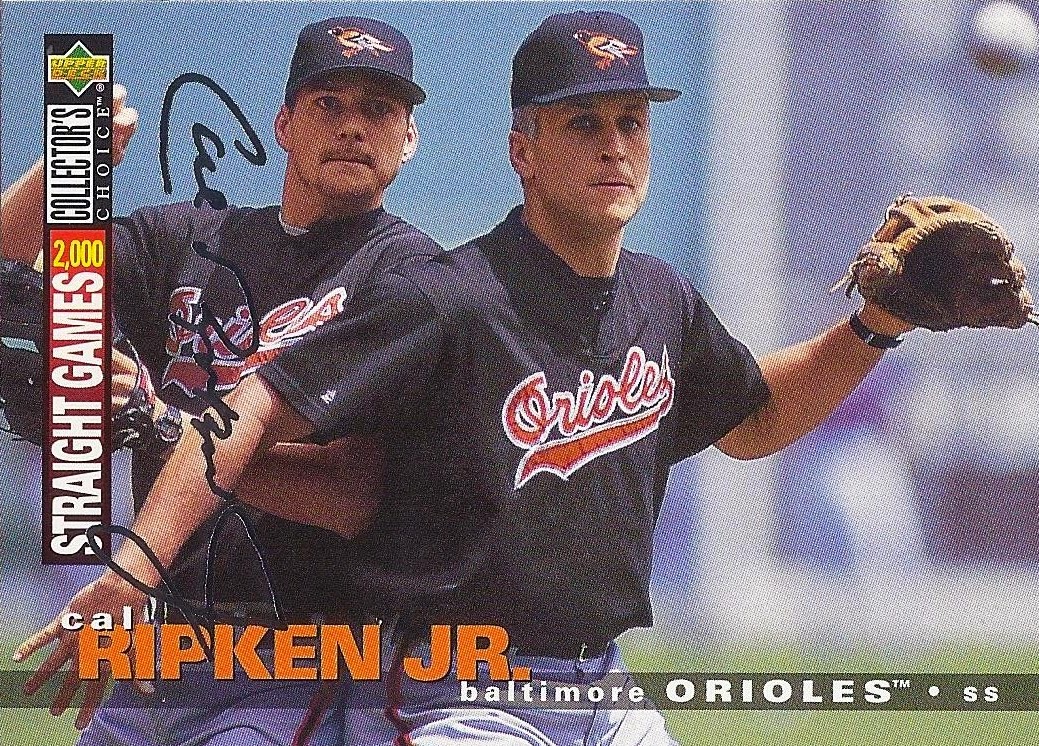 Of all those great Ripken tributes that came out in the mid-90's, this is the weirdest. It's a picture of he and Ben McDonald roughhousing while playing what looks to be three flies in. Then it's got the 2000 straight games banner (he wouldn't break the record until the following year) mounted along the side having little or no reference point in the photo. Just a weird selection. Then again, had I worked at the card company that day, I'd have chosen a boring old hero shot like everybody else did. Perhaps this is just another reason Collector's Choice was way, way ahead. 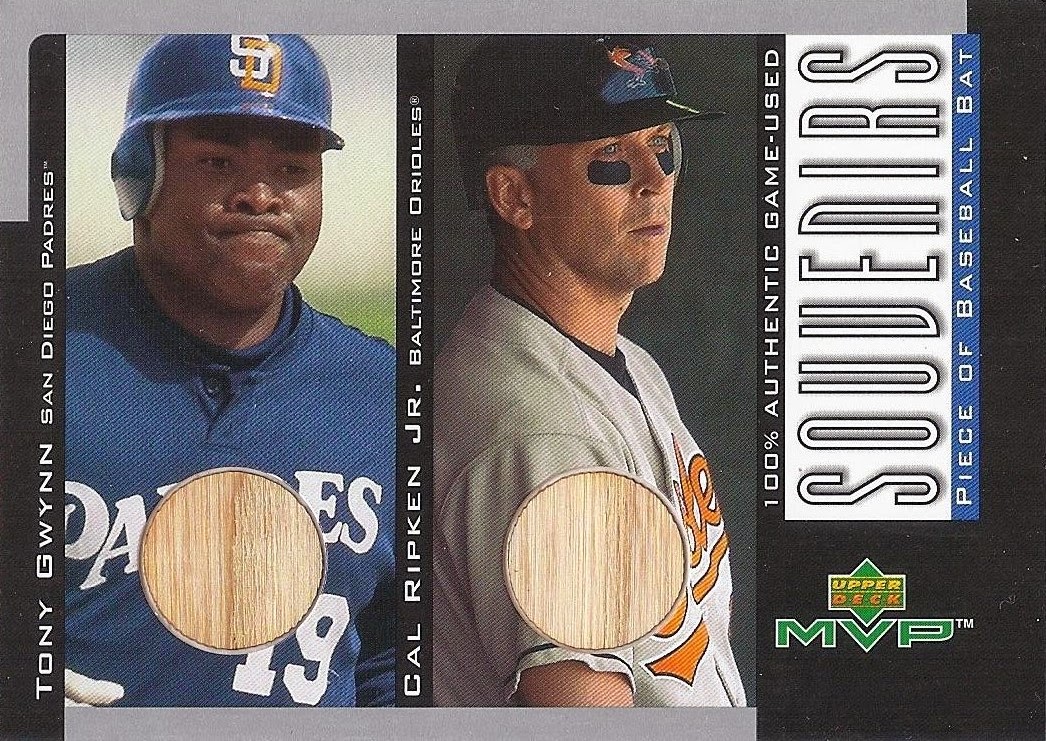 I picked this card up for two dollars (really it was eleven relics cards for $22, some of which were Griffeys). A fellow collector was liquidating, and I got the benefit. Two legend bat relics on one card. Check out how Upper Deck oriented the wood grain identically. Lotta love here.

In case you were wondering why I decided to do a Ripken-themed COK, here's why: 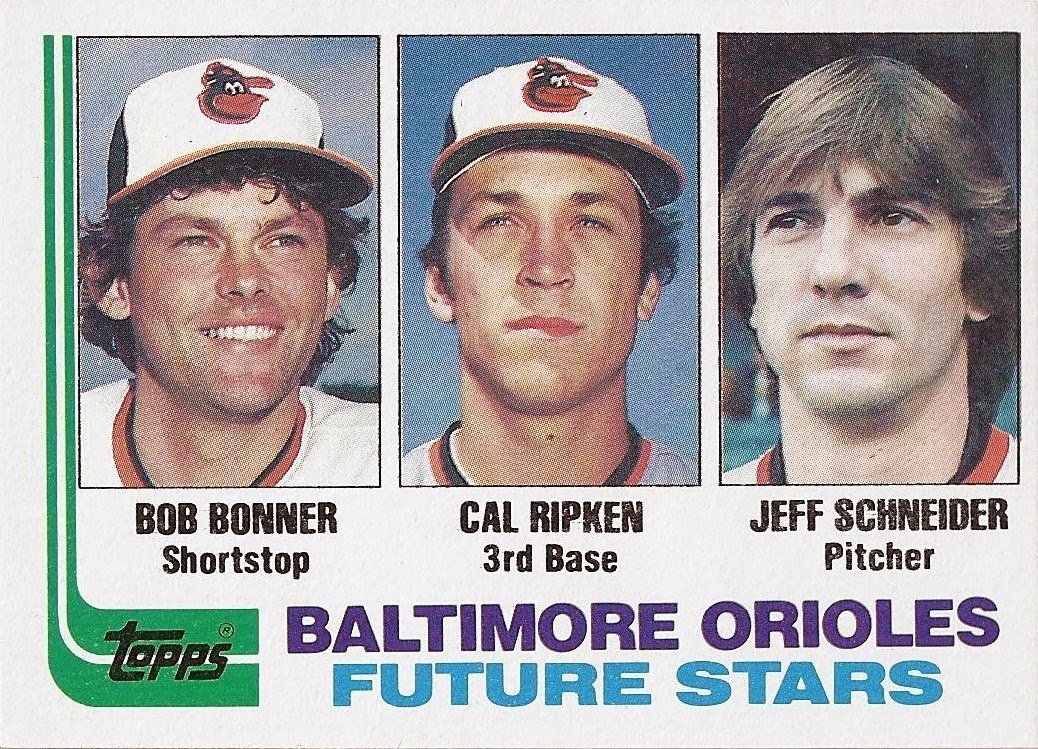 I finally got one! I've been putting it off forever because I keep coming across poor condition versions, and I just wasn't prepared to compromise on my first copy of this card. The one you're looking at I found for around twelve bucks, and the condition is insanely good apart from a little off-centering. Cal looks to have the quiet confidence he's always had even this early in his MLB career. Poor Bonner and Schneider look just happy to be there,

Thanks for reading!
Posted by The Junior Junkie at 12:31 PM