Fanfare For the Common Card Man: A Trade Post

I recognize that there are other Griffey collectors out there, and I’m all about helping them out. Even after the great purging of 2014 I still have piles of duplicate Griffey cards. I try to keep at least a couple of copies of everything, but everything beyond that is fair game following the recent shift in focus from quantity to quality.

Enter Tony, Griffey guy from Milwaukee ("which is Algonquin for 'The Good Land.'" - Alice Cooper) and purveyor of The Common Card Man. Tony is well on his way to being a Griffey supercollector, and I’m proud to have a few cards from my own collection in that mix. Here’s a look at the plethora of great stuff he sent in return: 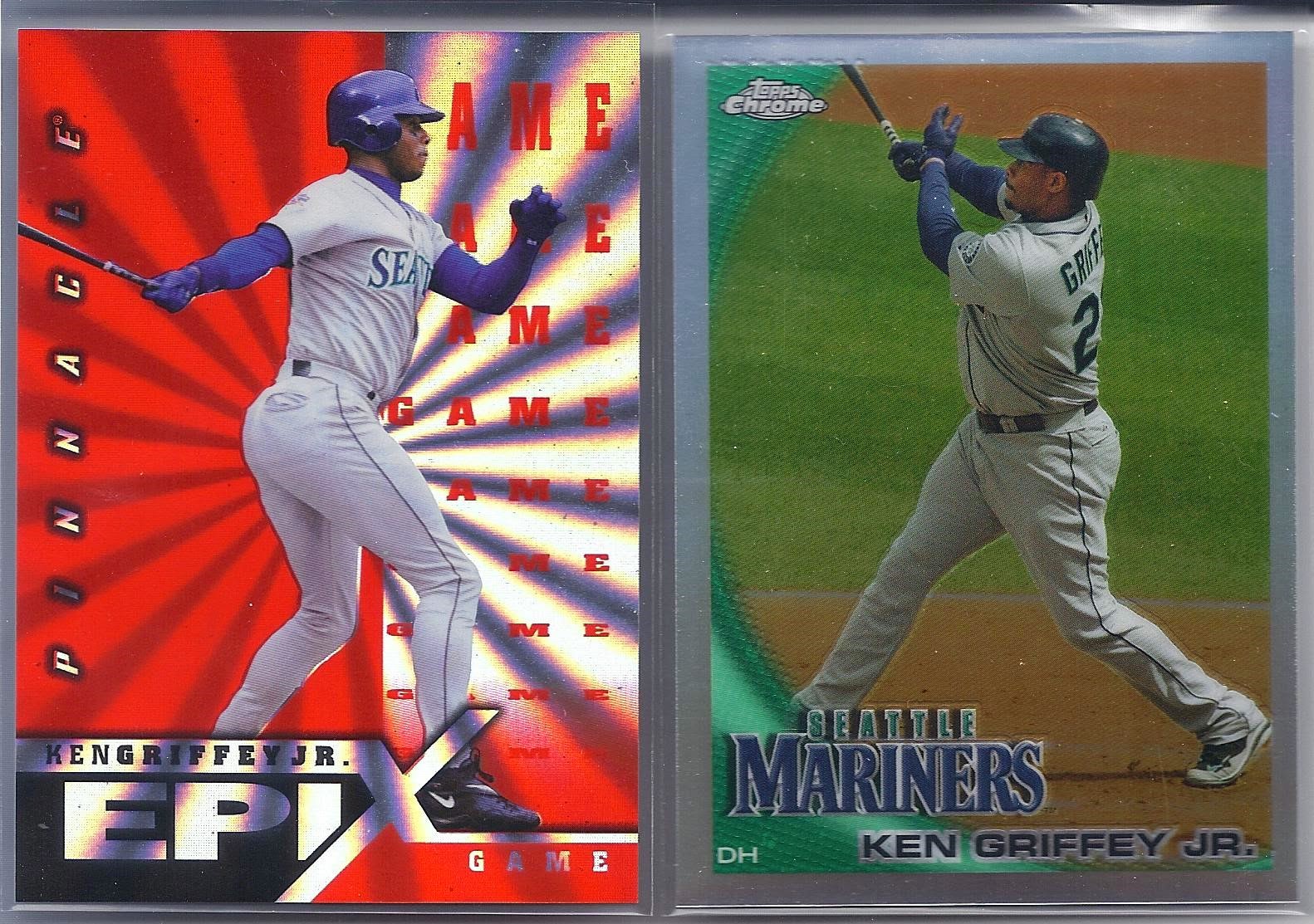 The highlight is without a doubt these two Griffeys, neither of which I had in the collection. It’s rare to receive entirely new Griffeys in trade – Tony must be a reader of have lists. Those Pinnacle Epix cards still go for a few bucks each, even the relatively common orange ones. And I’m very excited finally to add the refractor of Griffey’s Topps Chrome sunset card. 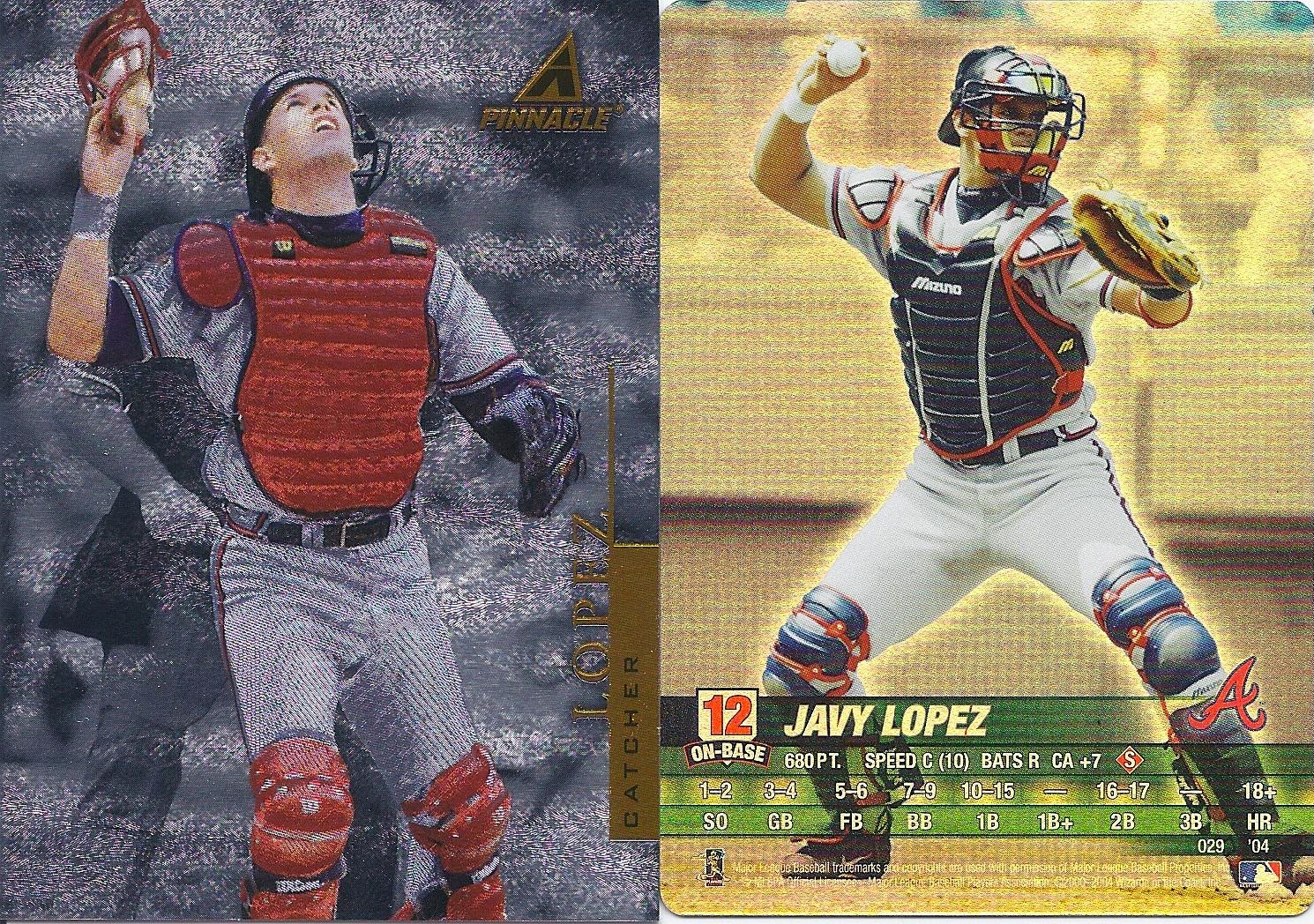 But there’s a lot more. These are not your everyday Javys. They’re nice Javys with sparkly bits and shiny foil akimbo. That’s also true of the Buhners he included: 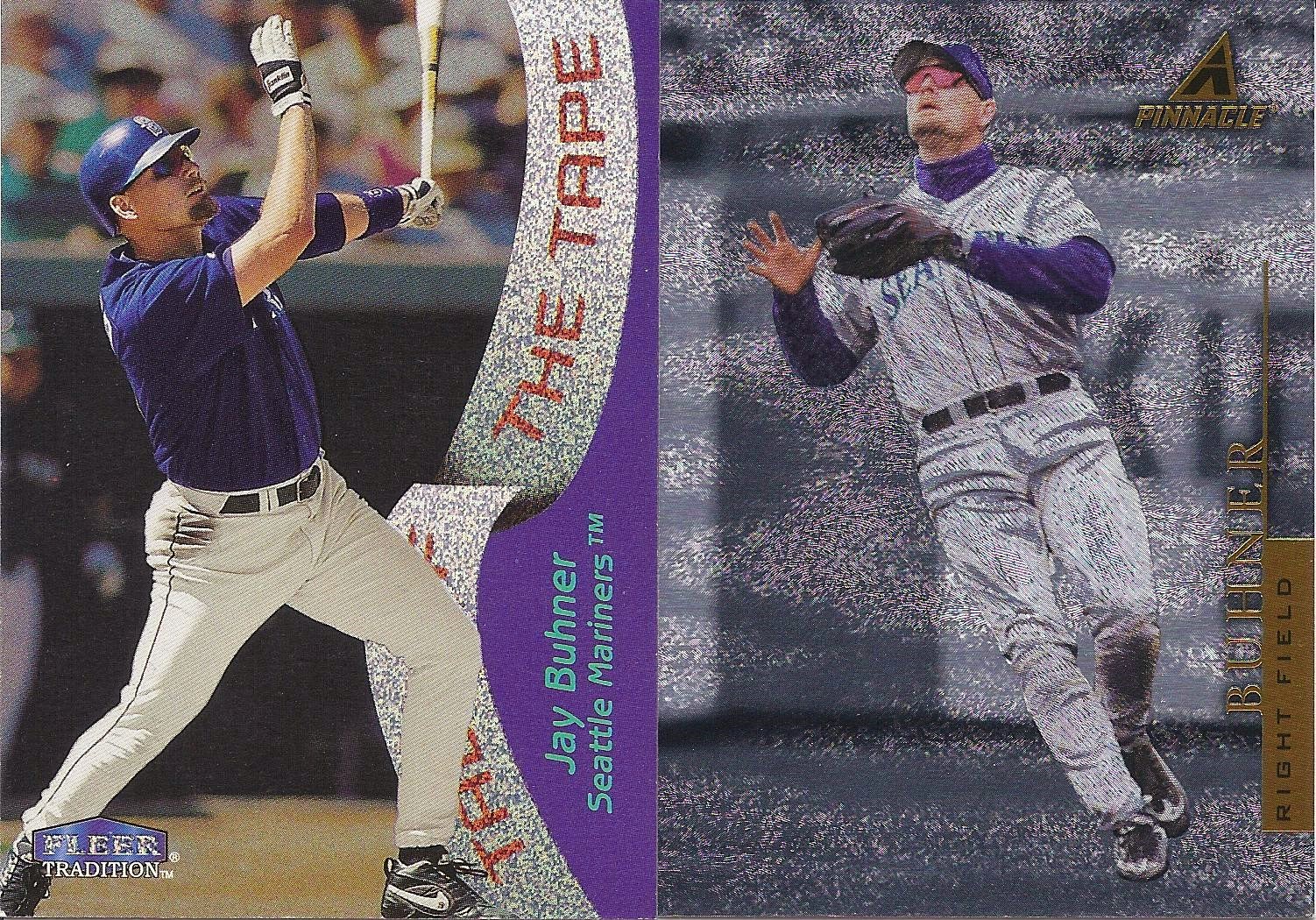 I cannot get enough of that Tale of the Tape subset. 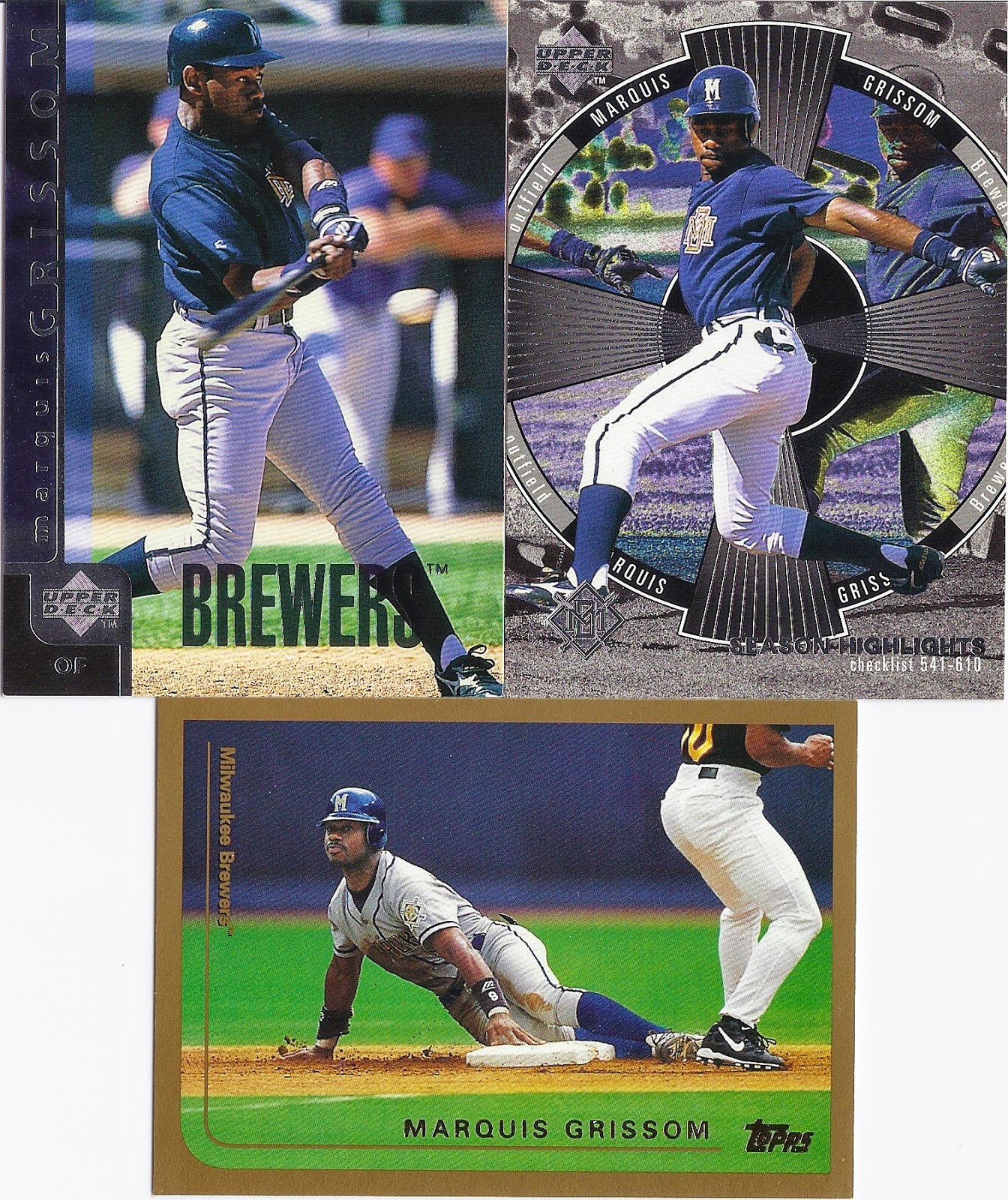 And a few nice Grissoms from his days in Milwaukee ("the only city in America to have elected two socialist mayors" - Alice Cooper). Check out the dance moves on that Upper Deck Highlights checklist. 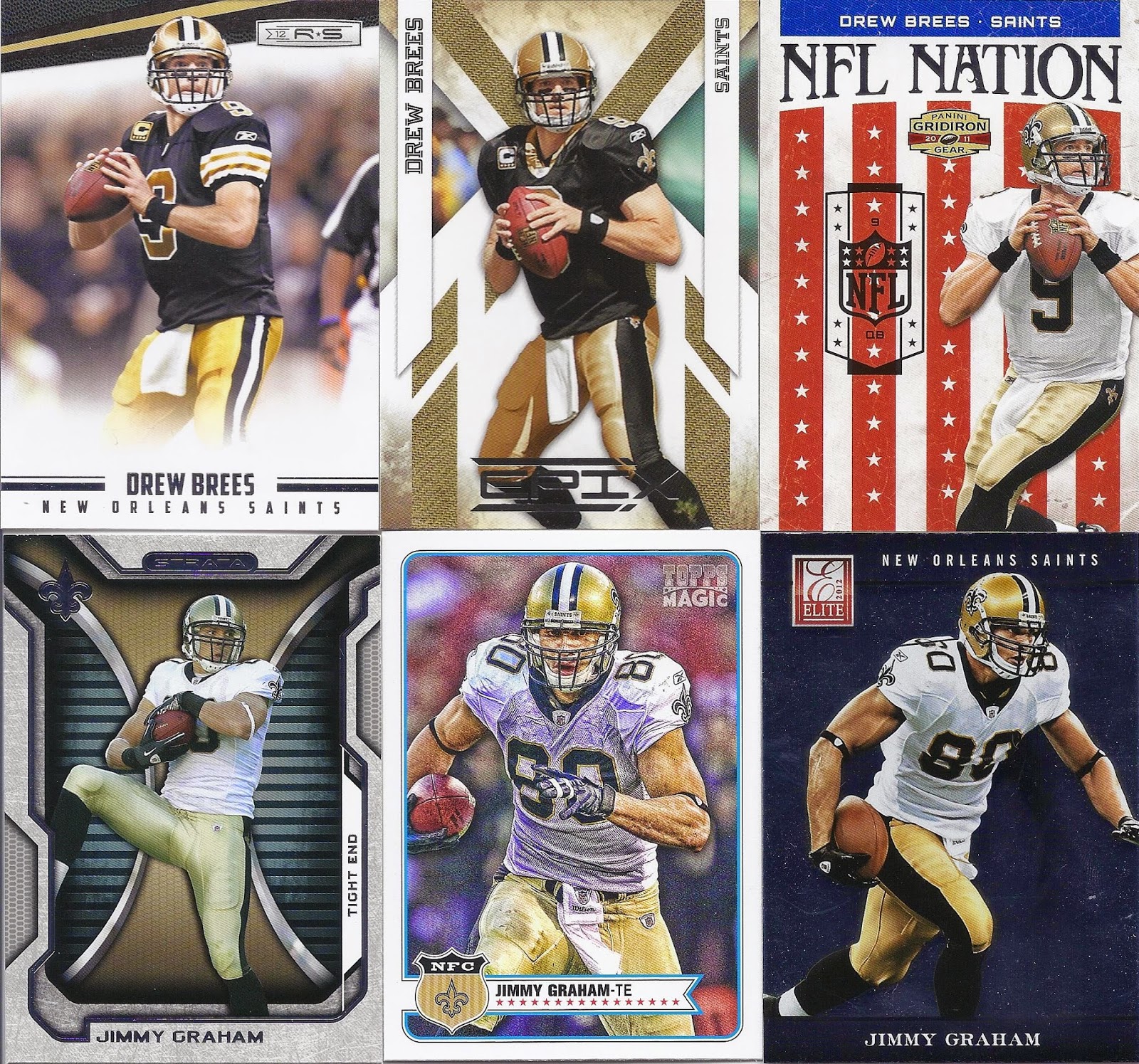 One aspect blind trade packages share with boxes of chocolate is that you never know what you’re going to get. I love the Saints and consider myself a fan, but I don’t actively pursue their cards. That’s where trade packages such as this one really shine.

Just look at these great cards of local heroes Drew and Jimmy. Sure, they had a rough year, but who cares? We love these guys. You know how long I’ve admired Topps Magic from afar? When are they going to make a baseball version? When?? That patriotic number on the top right is numbered out of 250, btw. 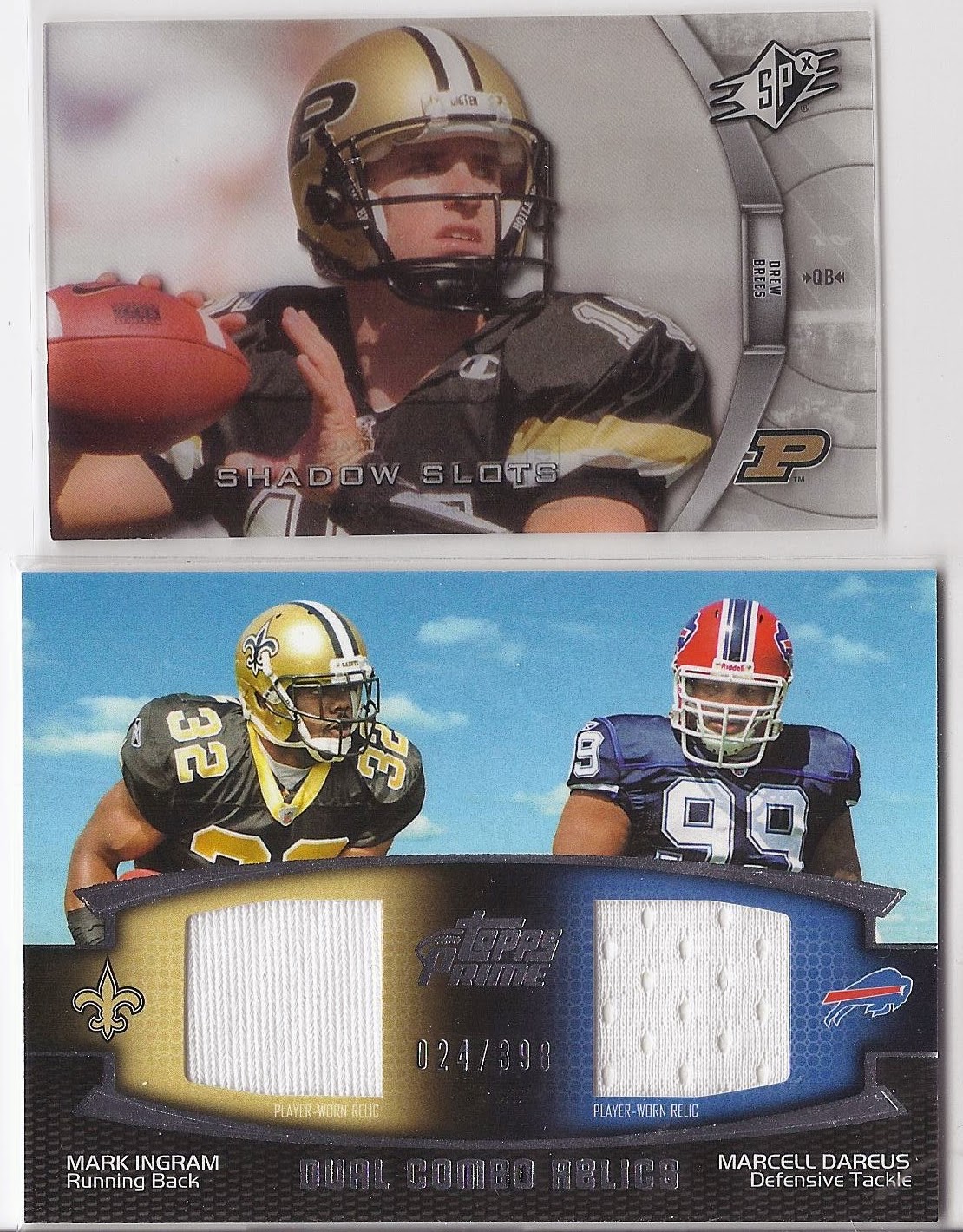 Here’s a pair of excellent pulls including a relic of Mark Ingram who is coming off a monster year that earned him a spot in this year’s Pro Bowl. And that Brees depicting him in his Purdue Boilermakers getup is a big hit with every Louisianian. I haven’t shown it to anybody yet, but I assure you they’re all smitten with it, sight-unseen.

Be warned, Tony from Milwaukee - even now I am slowly amassing more and more Griffey dupes to unload on you at a random time. You will not know when or how I’m going to do it, but someday there will be more Griffeys at your door than you’ll ever know what to do with. Heed my words!


Thanks for the trade! This one's for you: