A Blaster of 2013 Topps Archives

I know I swore off buying packs, but there's just so much cool stuff to be had in this set.  I've seen a lot of blasters that produced relics and autographs since Archives came out, and this blaster did not disappoint.  I have the Griffey from the original Gallery of Heroes insert, so I know how awesome they look.  I'm curious about the day-glow orange and the triumverate cards, too.  The basketball and football designed inserts, the return of the '90 Topps design, the fan favorite SP's - all that sold me.

Here's what I got: 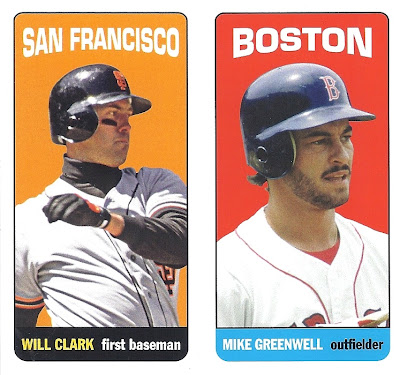 Let's start with an insert.  Of all the guys on this checklist, I wanted the Will Clark the most, and here it is!  Maybe I'll get the autographed version next time..... 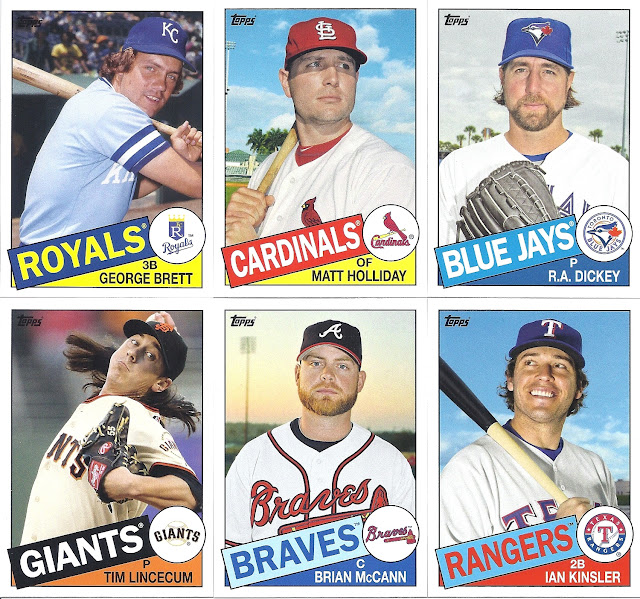 A cool George Brett throwback with a great picture.  It seems like 90% of Lincecum cards have the same image: hair flopping about in a windup.  Or is that Topps recycling one picture? 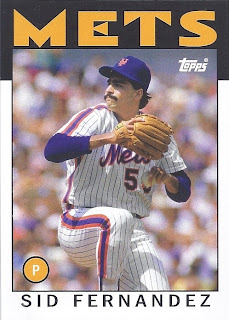 My only fan favorite SP.  I'm more aware of Sid than familiar with him.  I did a little reading before this post and apparently he was a native Hawaiian with a unique pitching style.    It seems he's more popular in Hawaii and around Shea stadium.  This card should not have ended up in New Orleans. 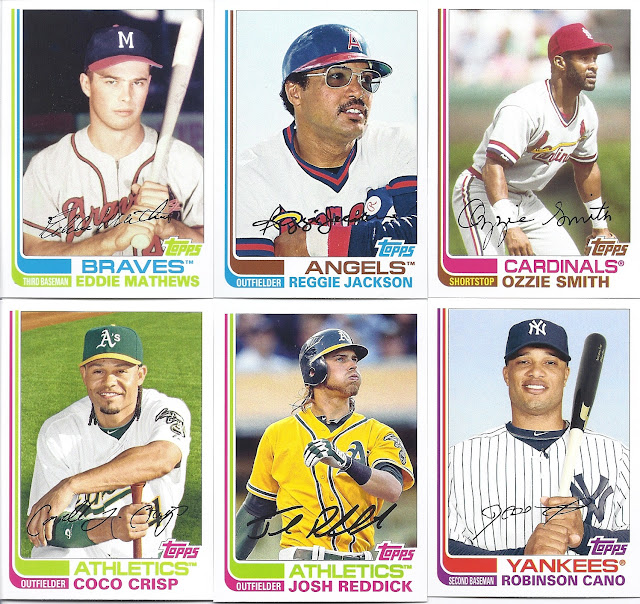 I like the A's color scheme here.  It's very different.  The Mathews, Reggie, and Ozzie cards all came out great.  Look how ready Ozzie is - he could spring in any direction at any moment. 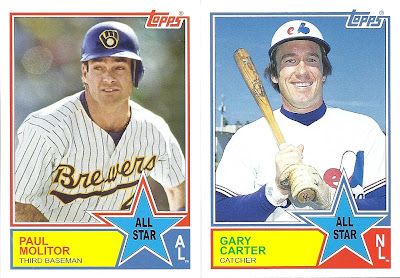 Molly and the Kid, both respected Hall of Famers.  Paul Molitor always looked like a hockey guy to me.  Not necessarily a player, but one of those "hockey guys," you know.  Just a dude who's way into hockey. 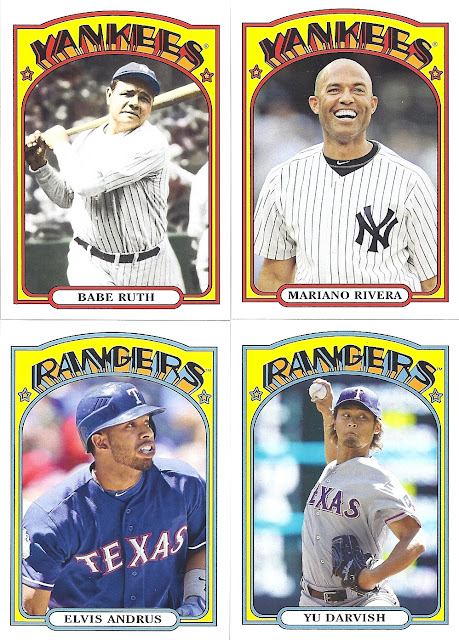 I've started getting excited when I pull Rangers cards as a friend of mine who doesn't collect cards but loves the Rangers has asked me to put together a Rangers team set.  I'm thinking this may be the stepping stone to making a full-fledged collector out of him.  I'm going to help as much as I can because no one else I know collects cards.  No one.  Or if they do they keep it a secret.﻿ 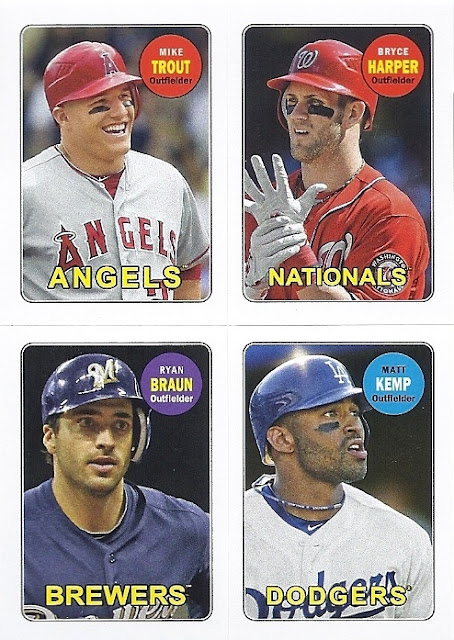 A sticker card of all the popular modern-day sluggers.  I don't collect any of these dudes, but I kind of want to keep this card just because it's an awesome lineup.  Naaah, it's up for trade.

Is Mike Trout ever not smiling?  Life is hell, Mike.  Hasn't anyone told you?  Someone burn his popcorn or something. 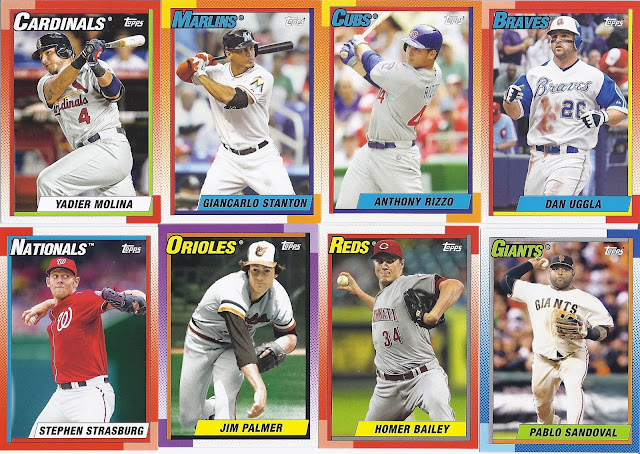 They did a great job recreating the 1990 set here.  It's fun seeing modern names on this 23-year-old design.  I'm still a sucker for reprints from the overproduction era. 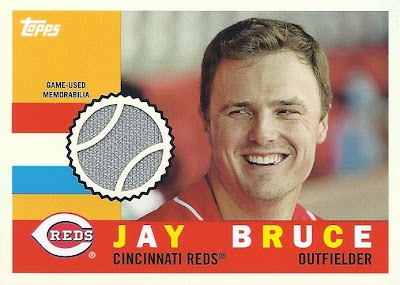 This is my hit.  It's a great-looking card, too.  I've already got plans for this one, but most of the cards in this post are available for trade.  Hit me up if anything screams at you.