I stopped by Target yesterday for a less easily-destructible dog toy (lessons were learned that involved a large quantity of white fluff), ﻿and while I was there I figured I'd check out the new Topps Archives.  Well guess what?  No Archives.  I can't tell if they were sold out or if it was never even on the shelf, but it looked like the latter.  This is not the first time that particular Target has disappointed me.

Anyway, I settled on grabbing a few clearance packs and one of those guaranteed hit packages with three packs and a little white envelope containing an auto or relic.  I've never pulled an auto from one, only relics (the best I ever got was a Jim Thome); but they continue to put Griffey on the front of the package, so I continue buying them.  Here's what I ended up with this time: 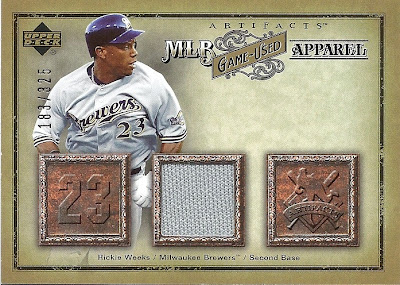 A good-looking card, but the two extra squares on some relic cards have always bothered me.  It feels like something is missing.  Are they reminding us of the triple-relic card that we didn't pull?  I prefer ones that make the relic the center of attention with a cool visual effect.  This design just feels like a silver medal. 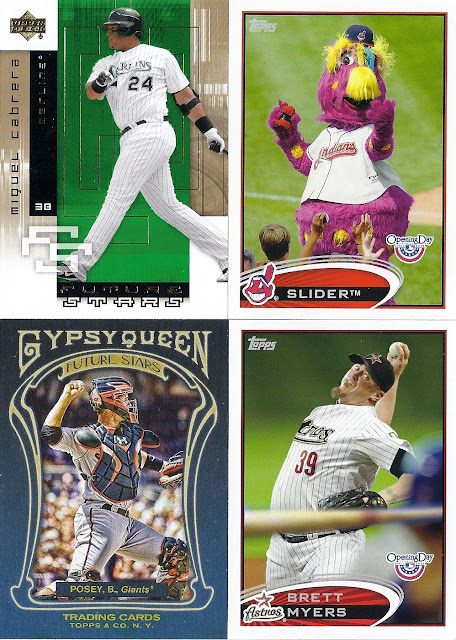 This is the best stuff from the three packs that came with the relic.  I have never gotten anything good (Griffey) out of a pack of Upper Deck Future Stars.  That Posey is the best Future Star I've ever pulled, and it's a Gypsy Queen card.  The pack of Opening Day was a bust except for that cool shot with the bat in the foreground and Slider (tm) creeping everybody out.  Your mascot sucks, Cleveland! 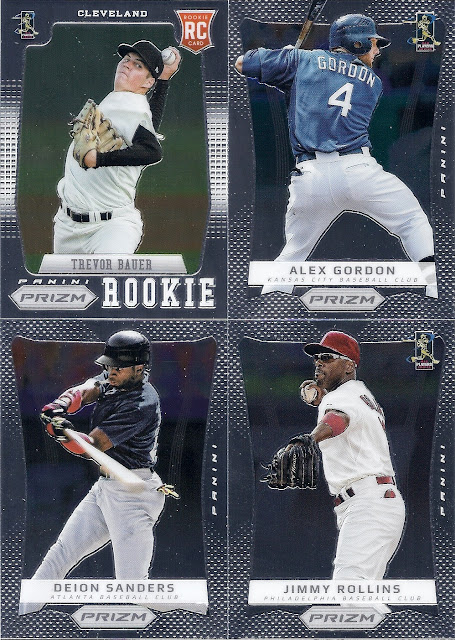 Everyone has been so down on Prizm I just had to check it out.  My verdict: this pack costs at least a dollar more than it should.  The cards themselves are really cool - not just shiny but mirror-like.  I like 'em.  Not 75 cents a card like, but like in general.  Plus I pulled a Deion Sanders.  How crazy is that?  I think I may end up keeping this card.

I also bought four packs from the clearance box: 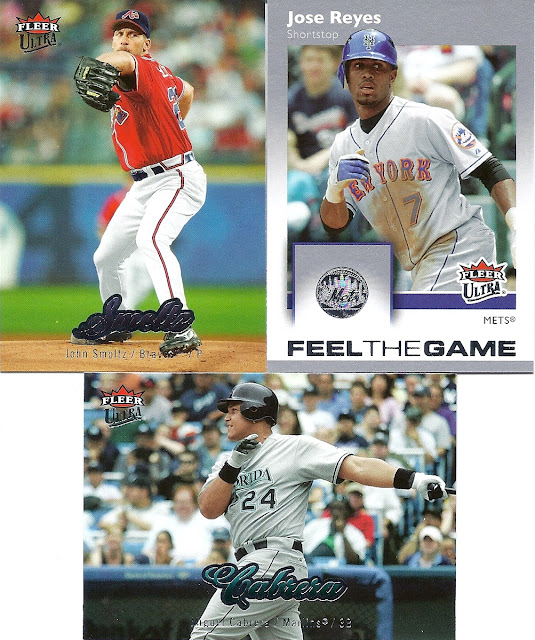 Packs of 2007 Ultra have Griffey on the front, so I picked up a couple.  That Reyes looks like it was supposed to have a relic and they forgot to put it in?  I like it because it's clearly based on the '87 Fleer design. 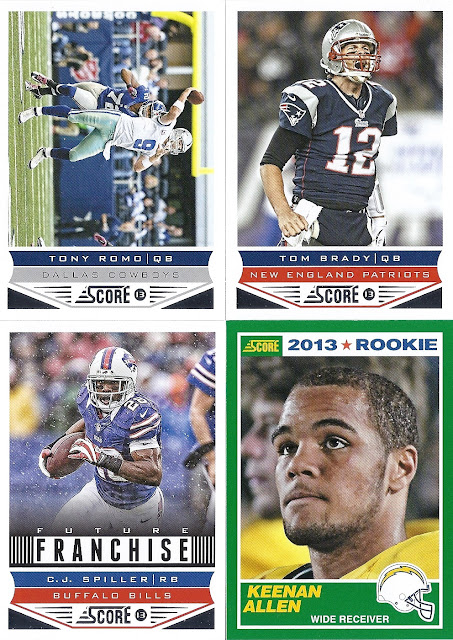 I occasionally pick up a pack of football just to mix it up.  This one produced a Romo, who is never going to win a Super Bowl by the way, about to get his block knocked off.  I also pulled a Brady who everybody outside of Patriot Nation hates to love.  Spiller was a beast this past season and helped my fantasy team win the league - unfortunately it was my one free league and neither of my two money leagues.  That Keenan Allen throwback rookie is pretty cool..... 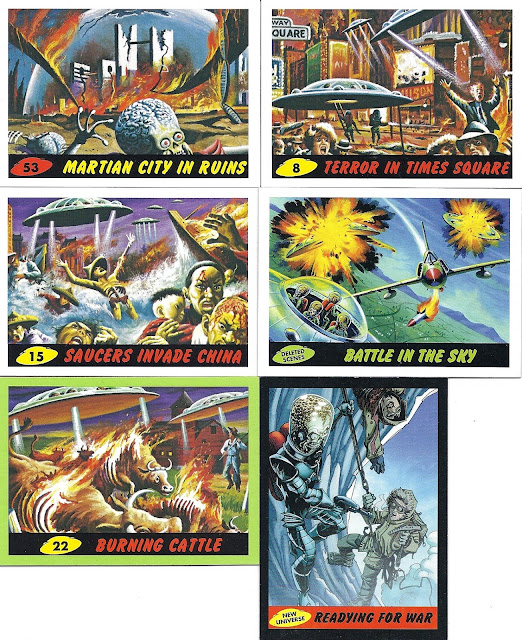 These were a buck, and they must be popular because I see them pop up on various blogs and at card shows.  I figured I'd see what the hubbub was all about.  Turns out they're pretty grotesque.  I assume I got some parallels there with the differently-colored borders.

So that's what I got from Target.  Not a single Griffey nor a pack of Archives to be found.  Oh, well.  We'll just have to wait and see what comes of the Nachos Grande group break....

P.S. About the dog toy: I ended up with a green rubber chicken for six dollars.  It honks....loudly.  We'll see how long this one lasts (or how long we can take it).
Posted by The Junior Junkie at 11:35 AM