There are a few cards I really wanted that I found on COMC, and you know how it is when you have a few cards picked out and you know you're paying the shipping whether you get 3 cards or 30 so you search and search and fill your cart, 50 cents here, a dollar there, and before you know it you're spending $38.00.  That's how they get you..... 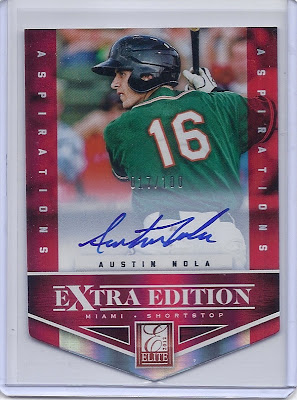 ﻿
Austin Nola was a superstar at LSU and a member of the 2009 National Championship team.  He has since been drafted by the Miami Marlins and is currently working his way through the minor leagues.  His little brother Aaron is currently LSU's #1 starting pitcher.

The Marlins played an exhibition game against the New Orleans Zephyrs a few weeks ago and let Austin came to bat twice.  While hitless in both at-bats, he inspired a lot of cheering when he took the plate. 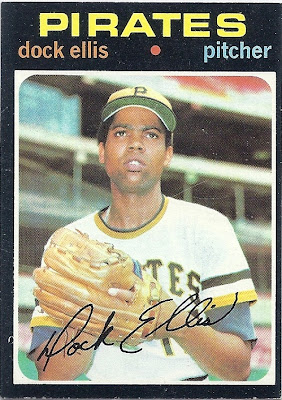 Dock Ellis has one of my favorite stories in sports.  Most baseball fans already know it, but for those who don't here's a quick recap:

This is Dock's '71 card, so it mentions half the story (the half about the no-hitter).  This guy had a crazy career involving mace, hair curlers and lots of amphetamines.  I recommend you check it out. 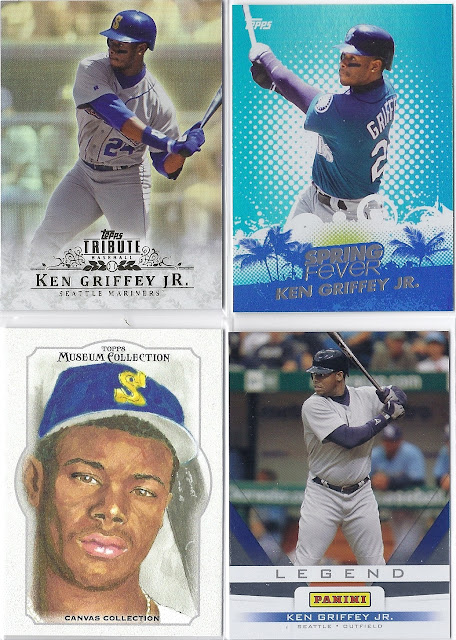 The Tribute and Spring Fever cards are 2013 additions I've been wanting for a while.  The other two are just reasonably-priced late-issue Griffeys.

The rest of my purchase is pictured below - it's all Griffeys.  I searched in two ways:

1. Griffey Sr and Jr - cards with both father and son for my upcoming Father's Day post.  Like in my popular Jay Buhner post, there are a lot of cards that feature them both.

2. Cheap Griffeys - I had COMC sort the cards by price and I worked my way from the bottom up looking for any Griffeys I didn't recognize.

The result was a pretty healthy stack of cards.  Here they all are with no commercial interruption: 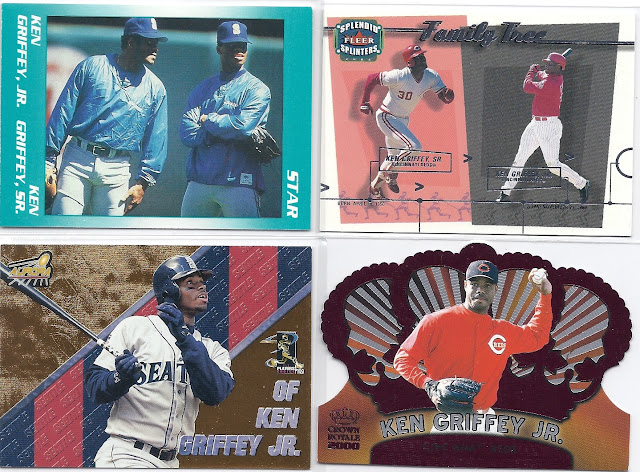 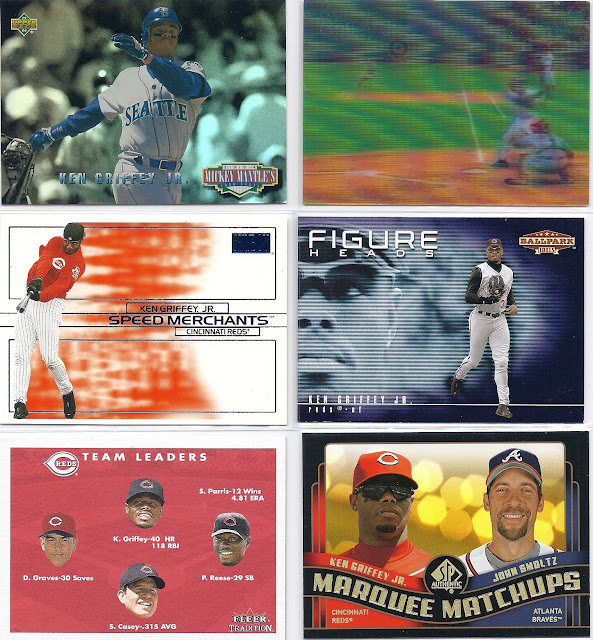 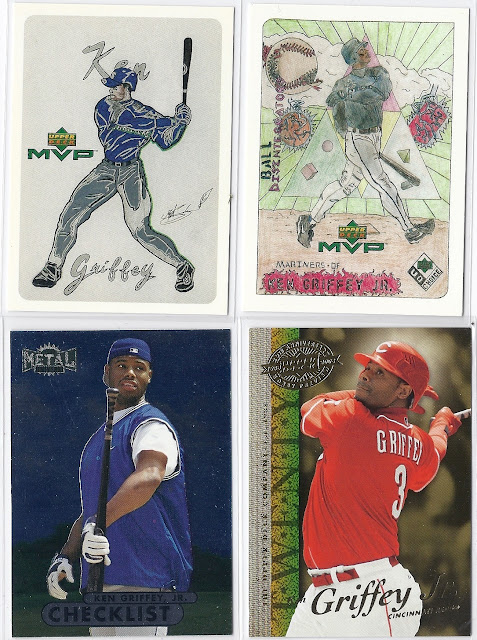 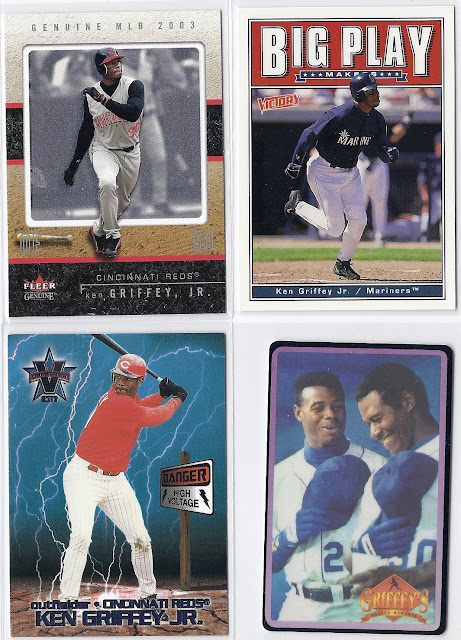 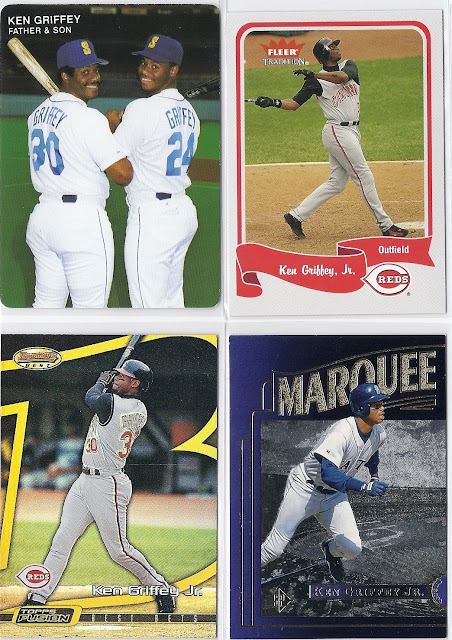 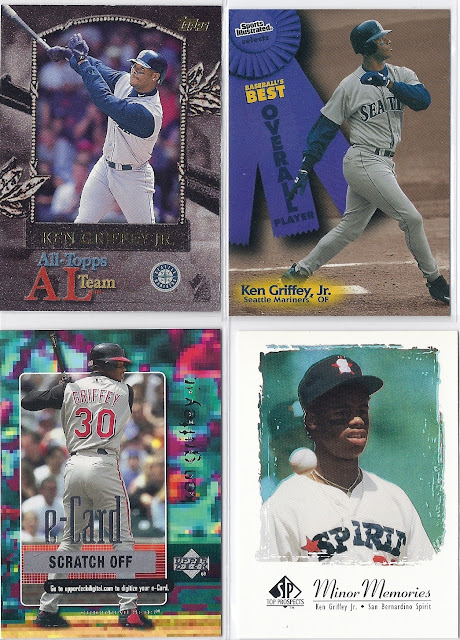 COMC got me again.  I wish they had a PWE option - I would buy individual cards a lot more often.

Happy Thursday!
Posted by The Junior Junkie at 9:57 AM

Email ThisBlogThis!Share to TwitterShare to FacebookShare to Pinterest
Labels: COMC