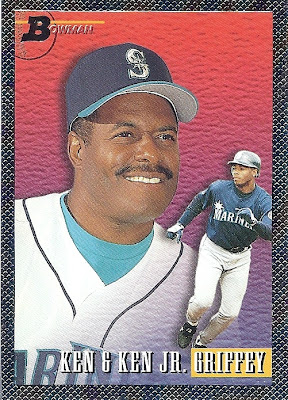 Ken Griffey, Sr. and Jr. have a father-son relationship that can be only described as storybook.  Lucky for us baseball cards were there to document a few of the key apects of this very unlikely story. 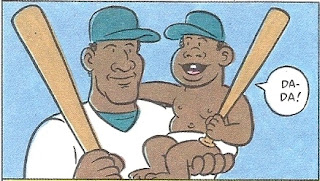 Senior got his start with the Cincinnati Reds in 1975 when Junior was only 5.  He hit the ground running and starting putting up solid numbers in just his first couple of games.  He would earn his World Series ring in 1976 as a member of the Big Red Machine and was named MVP of the 1980 All-Star Game.


Senior played with the Reds through 1981 when he was traded to the Yankees.  He would hit a respectable .285 in five seasons there despite being plagued by injury.  In the middle of the '86 season he was traded to the Braves while Junior was tearing it up in high school.  He returned to Cincy in 1988 where he remained as Junior was making his mark in the minor leagues for Seattle. 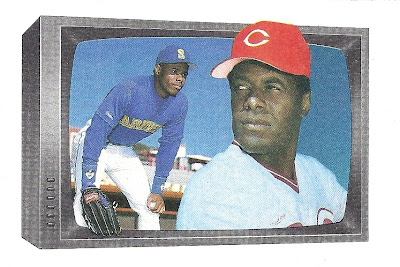 Junior got the call in 1989 and on April 3rd of that year made his major league debut with the Mariners.  Thus the pair became the first father-son duo ever to play in the majors at the same time. 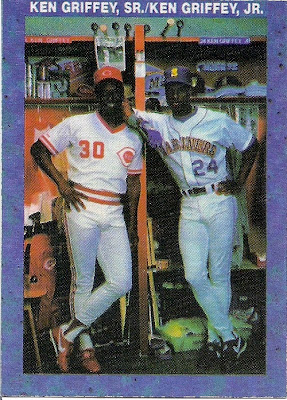 In mid-1990 Senior would make the move to the Mariners, becoming the first father-son pair to play on the same team at the same time on August 31st of that year.

This move was not just cosmetic.  Griffey, Sr. would hit .377 with 3 HR in 21 games with the M's.  Already one of the great American father-son stories, it would become legend on September 14th, 1990 when the Griffeys would hit back-to-back home runs against the Angels. 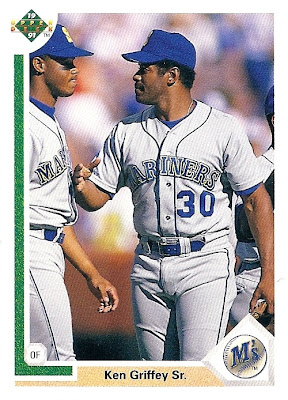 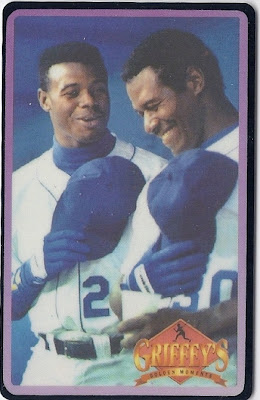 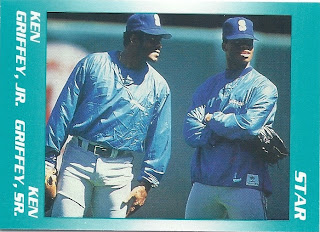 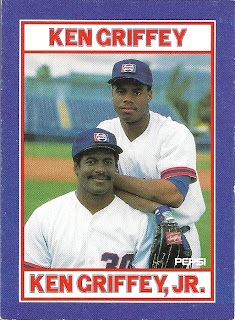 Senior's younger son Craig played in the Mariners minor league system and appeared with his brother in the outfield during some Cactus League games. Craig Griffey retired from baseball after failing to make it past Triple-A where he appeared in a handful of games with the Tacoma Rainiers. 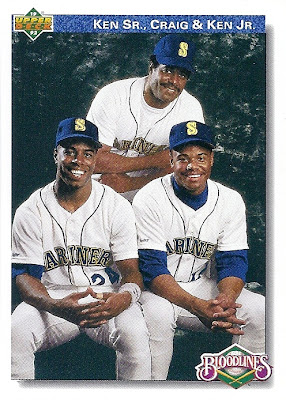 The only Griffey in the Majors for the first time in his career, and with big shoes to fill, Griffey began his golden age in the mid-90's with Seattle.  In that time he would hit a bonkers amount of home runs and make every All-Star team in the '90's. 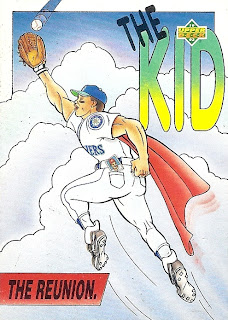 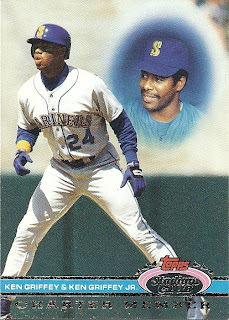 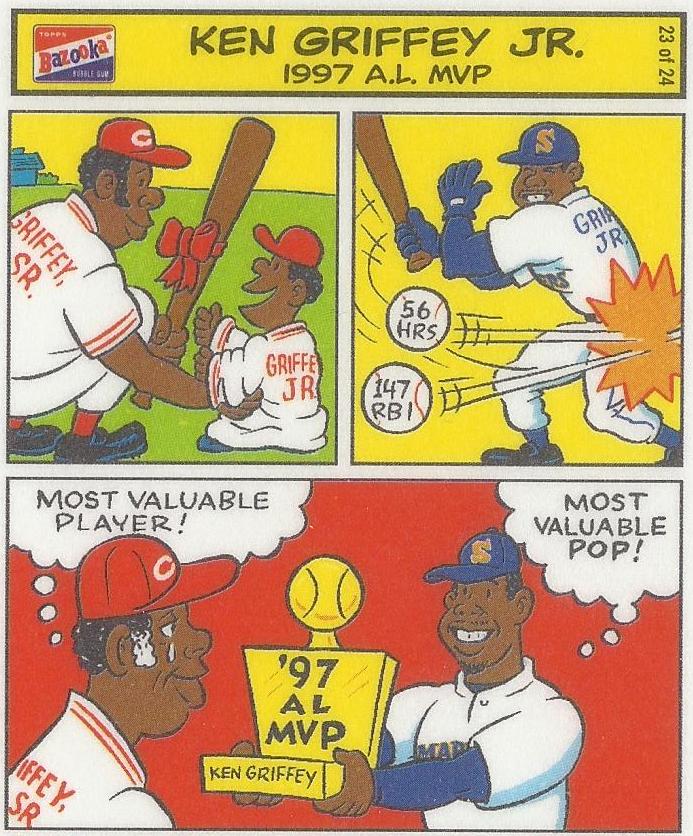 In 2000 Junior made his move to the Reds to follow in his father's footsteps.  Despite being plagued by injury there, he would hit .270 with 210 home runs in 9 seasons.  While Junior would never get a ring in Cincinnati, his time there would solidify his Hall of Fame eligibility. 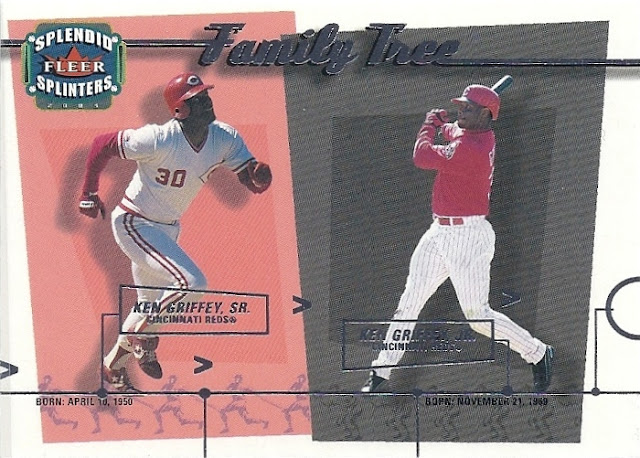 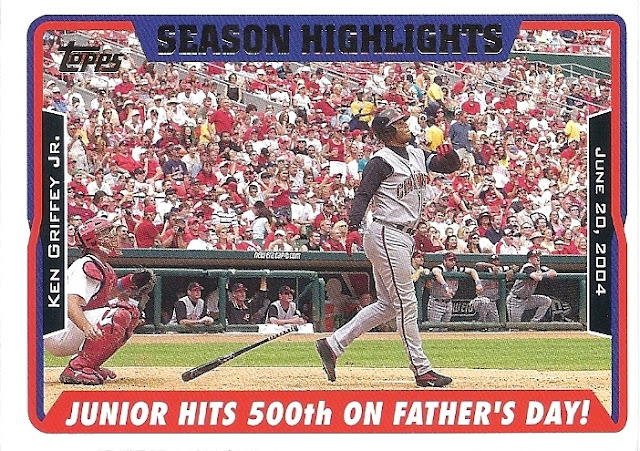 Senior currently coaches the Cincinnati Reds farm team the Bakersfield Blaze.  Junior works as a consultant to the Mariners and is heavily involved with his own kids' athletic careers.  Both Junior and Senior live in the same Florida town to this day. 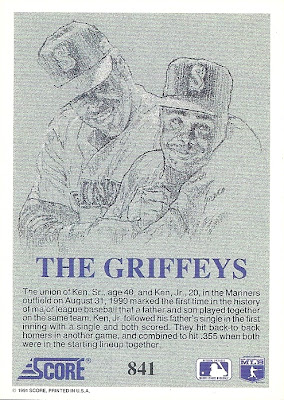 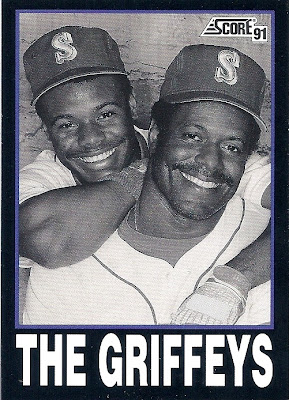 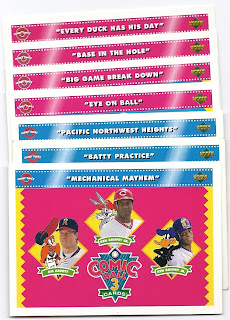 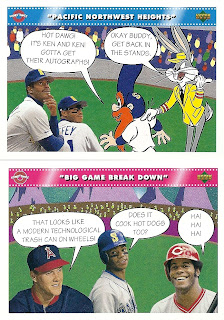 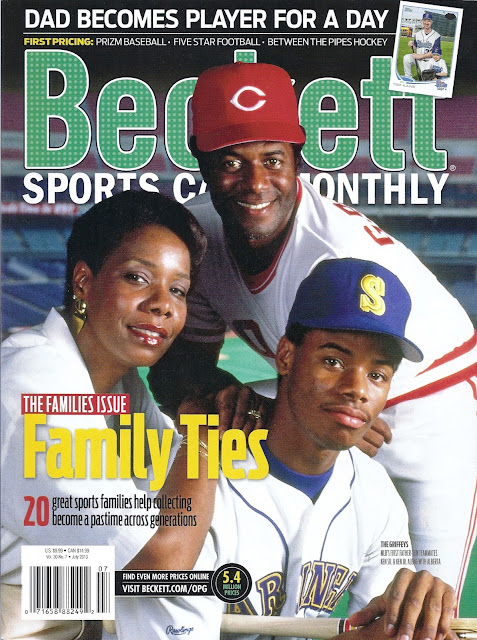