All Griffeys Great and Small: Quality Meats and a Mystery Solved

I always seem to get trade packages on Mondays, which is cool because it makes them suck less.

First, old business.  Remember that trade post wherein I had no idea who sent me that stuff, and I decided it was probably Bill Murray?

Turns out I was wrong.

The generous Griffey-mailing culprit is none other than renowned blogger Wes from Jaybarkerfan's Junk!  He's a Braves collector, which means he is about to get mail-pounded with red and blue cardboard.


Here's another look at what he sent my way:

Thanks, Wes!  You're in my address book now, so here's to many successful trades to come....

Kerry from Cards on Cards sent me some beautiful Upper Deck Griffeys and a few other surprises.  Check 'em out! I already had one of these, but it was in horrible condition.  These are minty fresh.

Kerry posted that Buhner a few weeks ago and I drooled in the comments (Buhner and I have a platonic love thing going on).  Being the stand-up dude he is, Kerry sent me two of them: one for the binder and the other for the bathroom mirror.  Or perhaps the ceiling above the bed, whichever my wife lets me get away with.  Now that I think about it, they'll probably both go in the binder. 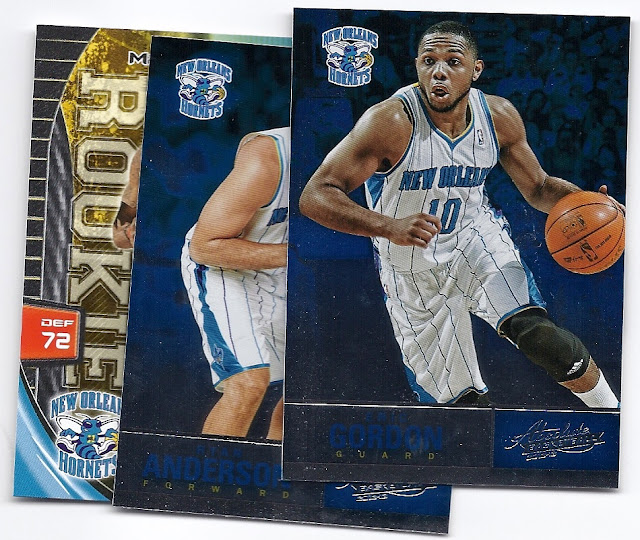 I am proud to be part of Kerry's excuse to continue buying basketball packs.

Being a New Orleans boy, it's hard not to root for the Hornets who are about to undergo a name change to the Pelicans next season.  Hopefully that will energize the team a little.  First pick will help, too (we're very much on pace to get that).

This thing is HUGE: 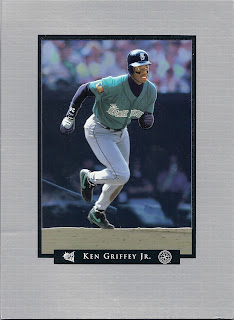 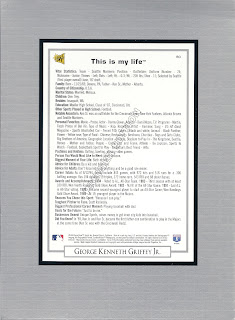 It's a big ol' 5 x 7 baseball card.  It is thick like double-stacked mat board.  The picture is high-gloss, multi-level and the border is a nice textured matte silver.  I may have to run by Michael's and pick up a frame for it.  And check out all the data on the back: 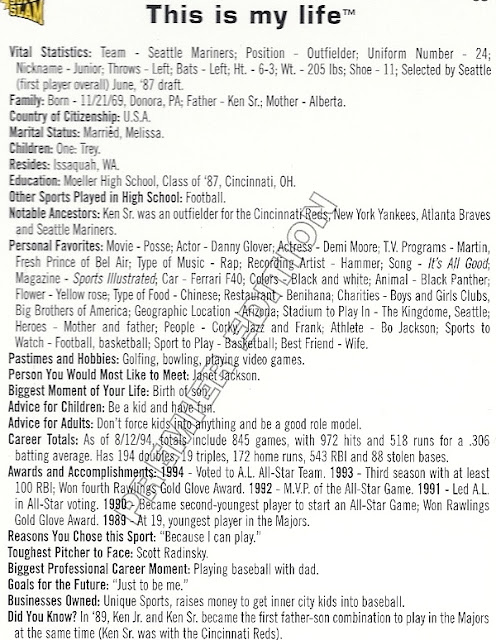 Oh, man.  Remember Posse?  And how about toughest pitcher to face: Scott Radinsky?  We'll have to spend more time on this 5" x 7" beast in my eventual GOUS post wherein I'll cover all my Griffeys of Unusual Size.

Thanks, Kerry!  I'm assembling a package for you, too!

I also got some great new Griffeys from Jason over at The Writer's Journey. 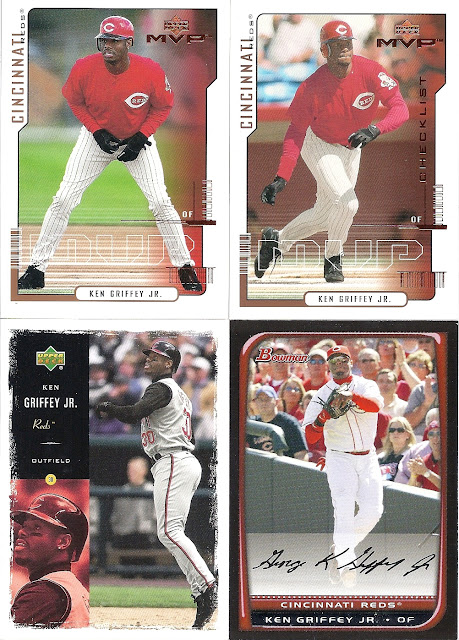 More lovely Upper Deck Griffeys plus a Bowman with a great shot of the crowd.  I still hope to find someone picking their nose in the background.  Someday.... 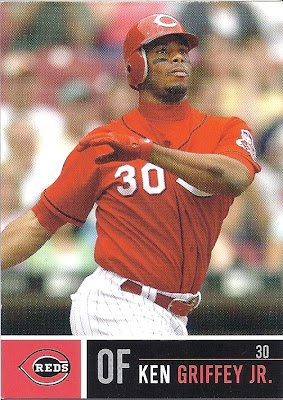 I get ﻿so excited about oddballs, especially if they are for brands I've never heard of.  This one has a reasonably nice design and no logo.  Let's flip this baby over: 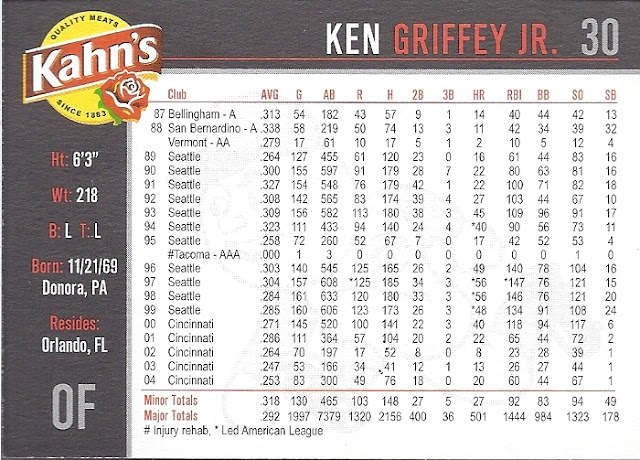 WOW!  This card was made for Kahn's Quality Meats out of Cincinnati.  And what did they do?  An amazing job - that's what.  Look at that stat box!  They even included Griffey's three AAA at-bats when he was in recovery following his wrist injury back in '95.  I am blown away by this beast.  I may even put it into a screw case.

So, I am now on the lookout for Kahn's Quality Meats cards.  No joke.  I want them all.

Thanks for the amazing cards, Jason and this, the king of branded oddballs!
Posted by The Junior Junkie at 12:43 PM