I think the title of this post speaks for itself.

I've been meaning to put this together for a while as a break from the normal pattern of Griffey card, snide comment about set, pop-culture reference, creepy fanboy Griffey praise, repeat.  Then gcrl wrote a post about an angry-looking Jason Schmidt and I was inspired. 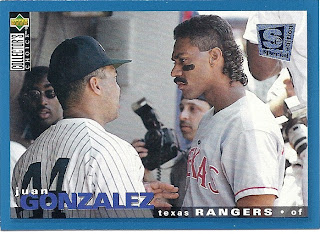 I don't know what Reggie Jackson just said to Juan Gon, but if it ellicited that expression I'm thinking it probably had something to do with somebody's mama. 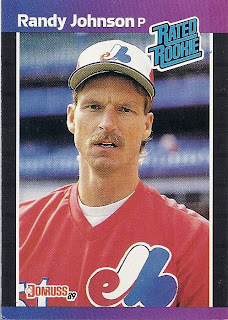 I love this card and not just because it's from my beloved '89 Donruss.  Just look at that face.  This dude looks pissed....  This does not look like a stab at intimidation - it looks like a reaction to something.  Did the cameraman just make fun of The Unit's bitchin' 'stache?  I would love to know what was happening moments before the snap of the camera.

If when I die, I merge with the infinite and become omniscient, experiencing the whole of the universe not by a factor of time but as a single intricate shape happening all at once, free of the physical and unbound by time nor space, I will focus my attention on Randy Johnson's rookie card photo day. 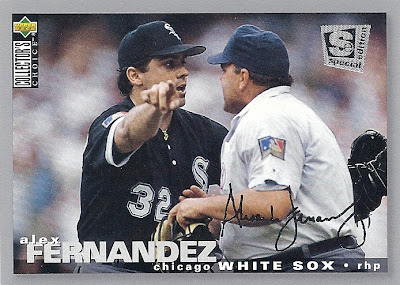 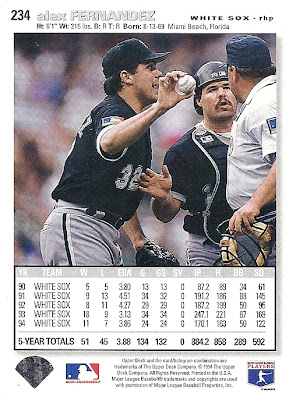 Whine whine whine - Alex will not let this go.  Mike "Spanky" LaValliere (100% true) is stepping in to calm down his pitcher.  Mike is far more intimidating than Alex which is why he can get away with having a nickname like "Spanky."  He will totally spank you. 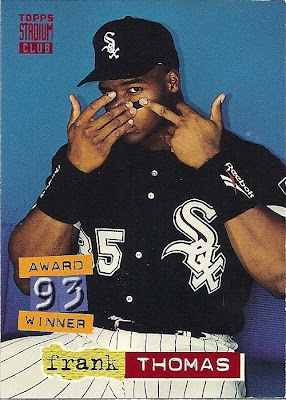 I had to include this one.  Frank is usually such a good-natured, gentle giant type.  What did somebody have to do to make him shoot the bird with such ferocity? 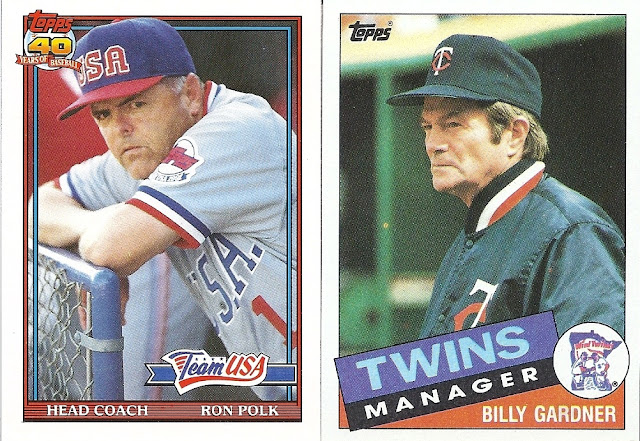 Old guys sometimes just look pissed by nature, like Billy.  He can't help it.  I bet that's the same expression he has when he watches his grandchildren play in the yard.  Ron on the other hand looks like someone just told him that his son wants to be an artist.  Frightening.

﻿
﻿
Sometimes focus can look like anger.  I think that's probably what was going on when this photo was taken.  Mr. Robinson was probably watching a practice or following a well-hit ball.  The man is a hero and a legend, and now we have a good idea of what Jackie Robinson looked like when he was pissed off.  I can't wait for the movie. 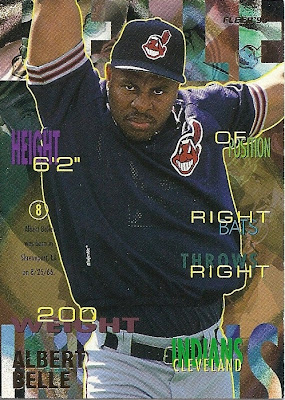 Mr. Belle is in the middle of his dance routine and someone in the crowd is chanting "Jooooooeeeeeey, Jooooooeeeeeey."  It is having the desired effect.  That is, until after the game when he finds that person in the parking lot. 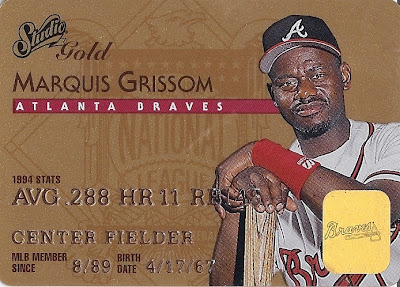 Marquis may not be angry here.  I say that because this is what every picture of Marquis Grissom looks like.  The furrowed brow, the slight scowl.  He's just a very serious man.  At the risk of throwing this post completely off-track, I gathered all my Marquis Grissom cards to find one smile: 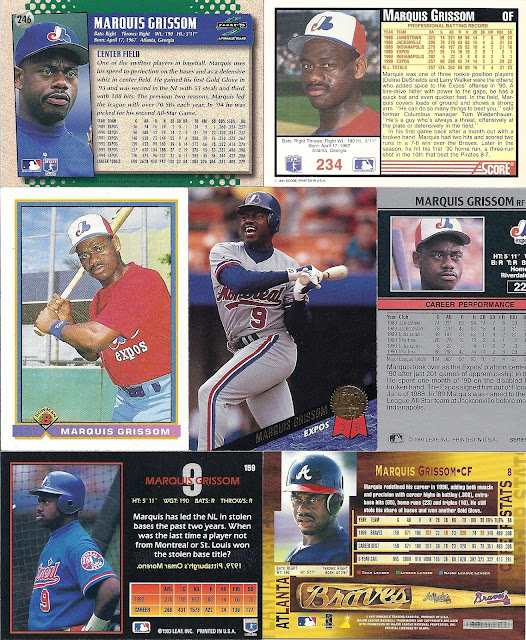 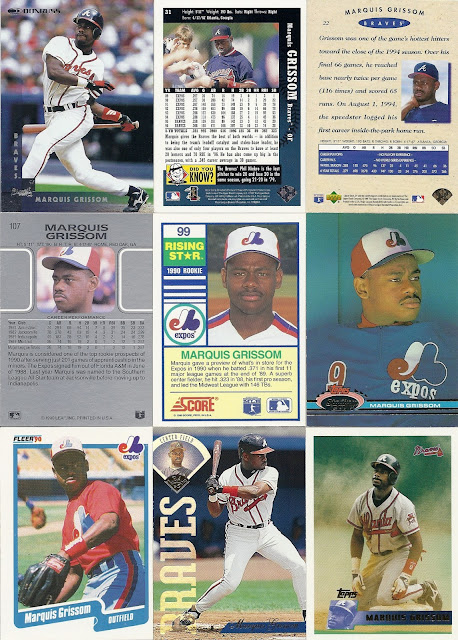 Fun Pack got desperate and proved that they don't know Marquis at all: 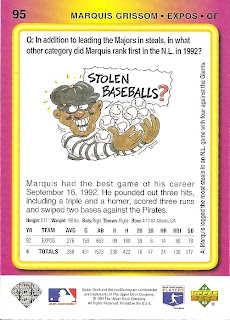 The guy was a great player, but he did not smile.  Your illustrations are full of lies, Fun Pack!


The first person to send me another Marquis Grissom card showing him smiling gets a prize.  Now back to the anger..... 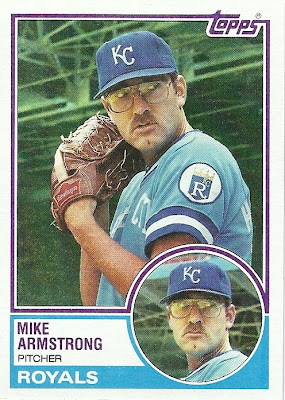 This card has not one but two big ol' pissed-off Mike Armstrong faces.  I keep this in a binder on a page marked "serial killers" (100% true).  He's so hilariously angry-looking.  Twice!  And that chin dimple?  Man, do I ever love this card. 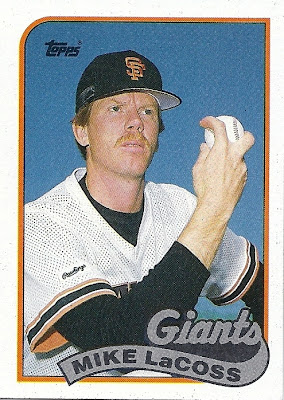 If you haven't read this Mike LaCoss post, you are seriously missing out.  I tried to read it at work once and had to stop halfway through, all red-faced and giggling.  Anyway, Mike looks really pissed, am I right?


This is that anger you bury down deep inside and keep in a shell within your psyche until one day you're at the supermarket bludgeoning the checkout girl with a salami.  Jeff pitched in the Bigs from 1989 to 1993, but that gaze has been successfully haunting children to this day.  This card is also from my serial killers binder pages, as is the next one. 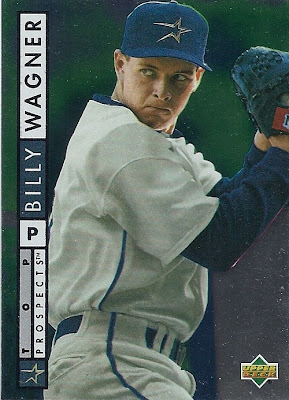 Billy's all like "Somebody's face is about to get punched in the face."  Probably just deep concentration, though - it worked, too.  Billy the Kid ended a great 16-year career with a lifetime WHIP of 0.998 and a 2.31 ERA.  Scowl all you want, Billy.  I mean, Mr. Wagner. 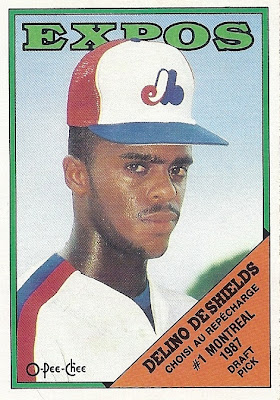 He knows you're laughing at his hat, and he does not appreciate it. 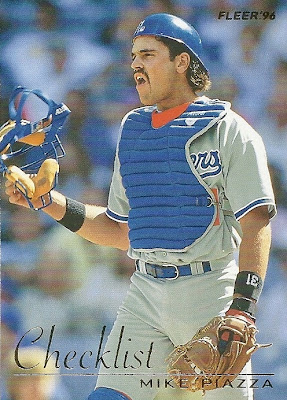 Now this is genuine, bona-fide, old-country pissed off.  If I was the other guy, I'd try and make amends before Mike gets to a phone and calls Uncle Nunzio to put a hit out.  The mustache is also pretty intimidating. 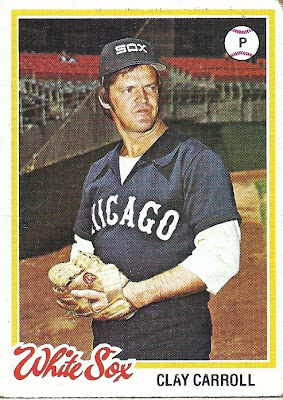 ﻿﻿﻿
I'm not sure if Mr. Carroll looks more like the Grinch or Oscar the Grouch, but I do know that this is the most convincing evil-eye I have ever encountered.  Someone's probably about to get beaned.

I like this card because it says "Overall Skills," which is a nice way of saying, "Michael Jordan is very good at something, even if it isn't baseball."  Like if the Mets signed Jon Lovitz and gave him a card that said "Great Attitude."  It might as well say "Has His Own Glove."

Yeah, I just compared Michael Jordan to Jon Lovitz, and that is why MJ looks so pissed.

And for the record, I'm a big fan of both those guys, particularly Lovitz.  "The Critic" is still one of my all-time favorite shows.  Moving on....

OK, so he doesn't look particularly angry here, but Paul O'Neill is famous for his temper.  Galvanic means ﻿having an electric effect : intensely exciting.  This is not true of you are a stack of Gatorade cups.  I once saw Paul throw a total hissy fit during a game and up-end such a stack from the dugout out onto the field.  They had to stop the game while the bat boy cleaned up the mess.  Paul just sat in the dugout like a goon and watched.

He gets a pass, though, because he was on Seinfeld.  The same is true of Keith Hernandez and Danny Tartabull.

Tempers don't get much worse than this guy:
﻿ 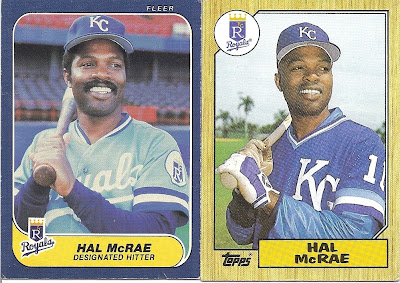 Ladies and gentlemen, YouTube sensation Hal McRae.  You may have seen Hal throwing rotary phones and cutting guys' faces in his tiny office before.  If you haven't, you should.  It's tragically hilarious.

Crazy because he looks like a friendly guy with a nice smile.  "Put that in your pipe and smoke it." 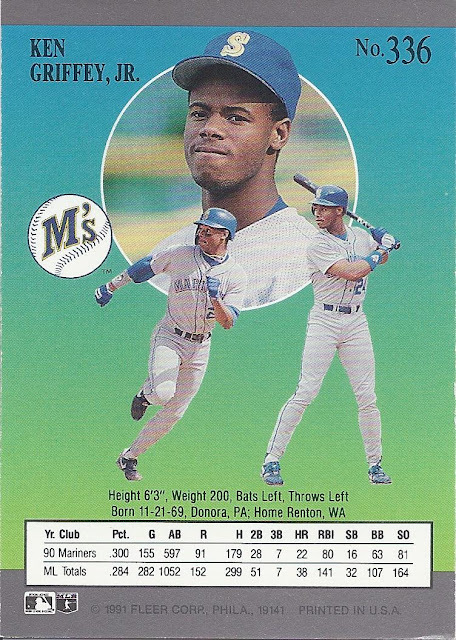 Griffey is doing that bite-the-lower-lip thing guys tend to do before throwing a punch.  I doubt that's what's about to happen, though, because this guy's a class act.

It's hard to find an angry Griffey.  Most cards show him smiling and/or kicking ass at baseball.  I'll be on the lookout for more.