Larry the Legend and Possibly Bill Murray: a Trade Post

Let me rephrase that: I received one amazing trade package and one massive, hairy carton of face-melting Griffey uberspooge that called forth tears of joy and excitement beyond human capacity.  Also, there was drooling.

Now I have to go to the doctor and get a new face.

Larry the Legend of Emerald City Diamond Gems hooked it up fat - here's the box he sent me. 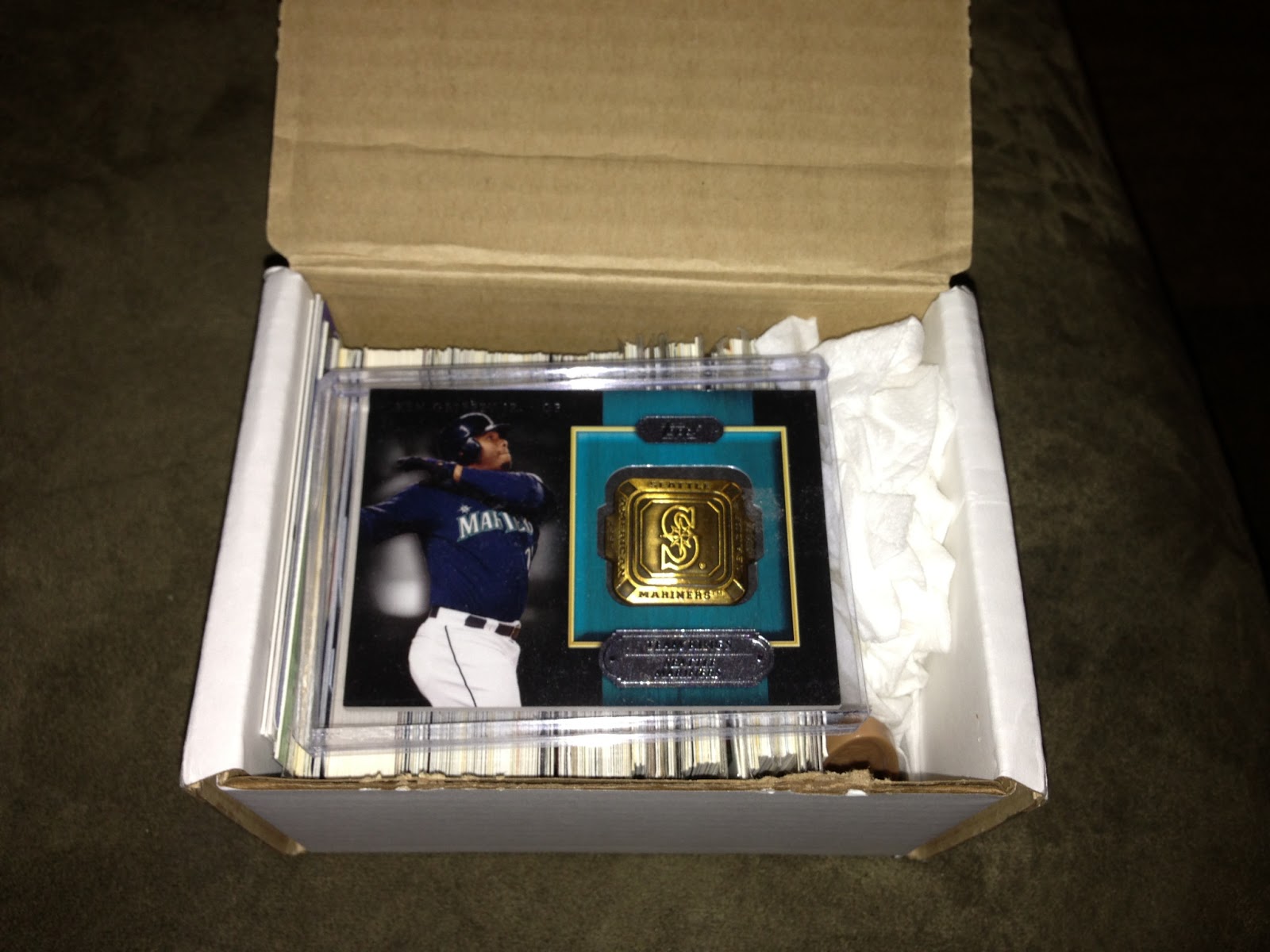 That card on top is a beauty - a 2012 Topps Commemorative Ring card.  I've wanted one of these since I first learned about them.  I'm glad he put it on top as it set the tone for the rest of the box.  Otherwise I may have had a stroke.

I didn't scan every card, but the only ones I didn't scan are the ones I knew for a fact I already had.  If you like perusing scans and pictures of little plastic figures, this section is for you.


Larry is a Mariner collector.  If you read his blog, you'll see that he has almost every Mariner card.  He's getting very close.  As a card collector and a Mariner fan, I freakin' love that.  From this day forth I will be sending him all my Mariners.  You should too.

This next trade package is a bit of a mystery.  There was no note, no name, nothing indicating the sender except for the initials W M and an address.  I've scoured my e-mails, messages, comments, everywhere!  No W M.

This person sent me a solid stack of Griffeys, many of which I have never seen.  I'd like to return the favor, give them a nod, something.  Who are you, mystery trader???

Could it be William Murray?  As in Bill Murray?  Is it you, Bill?  If so, I loved Groundhog Day and Rushmore....

Here's what Bill Murray sent me:

I feel bad now.  These cards are beautiful.  This person deserves my gratitude and a nice trade package.  Then again, if they are looking to remain anonymous I can understand that.

Until I have more information, mystery trader, I dub thee Bill Murray.  Many thanks, Mr. Murray.
﻿﻿
﻿﻿
Posted by The Junior Junkie at 10:02 AM