Do people read trade posts?  I try to, but I probably don't see them all.  Then again if they're about me, I obsess over them line for line, all the while thinking "Why did he choose this word instead of that?  Does he secretly hate me?  Oh, God, he hates me!  I sent inferior cardboard and he's just trying to be nice!  Nooooooo!"

I got an electronic mail letter on my Internet e-computer a couple weeks back from Mark at This Way to the Clubhouse.  He said he had put aside this guy for me: 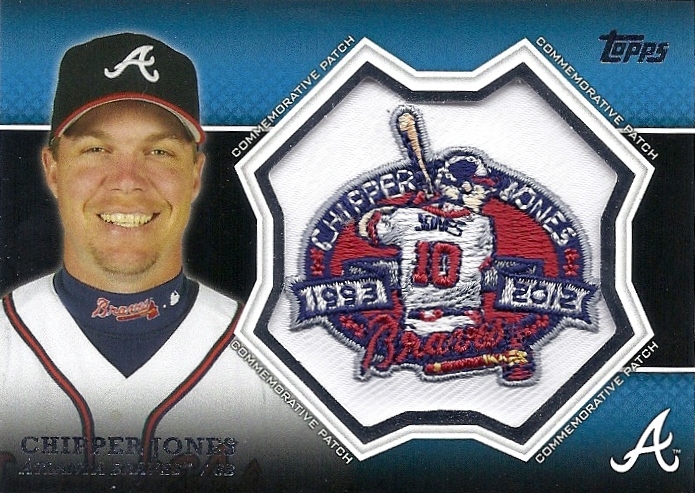 ﻿I'd spotted it on his blog not long ago.  I had only seen the manupatches I'd pulled myself and that of Mr. Griffey up to that point, so I was blown away at how awesome it was.  I mentioned this point, not expecting anyone to give me the thing, and he saved it for me.  How nice is that?  Good man - I sent him a bunch of stuff for his excellent karma and generosity.  Thanks!

And I've never seen such a cool retirement patch.  Nice one, Topps.  I am still on the lookout for the Ozzie Smith RC and Griffey RC manupatches because those look completely, face-meltingly awesome.  I'll probably just end up hitting eBay as my 2013 Series 1 base set is finished, and I shouldn't be buying any more blasters.
﻿
I also got a nice padded envelope from William at Foul Bunt.  Look if you dare: 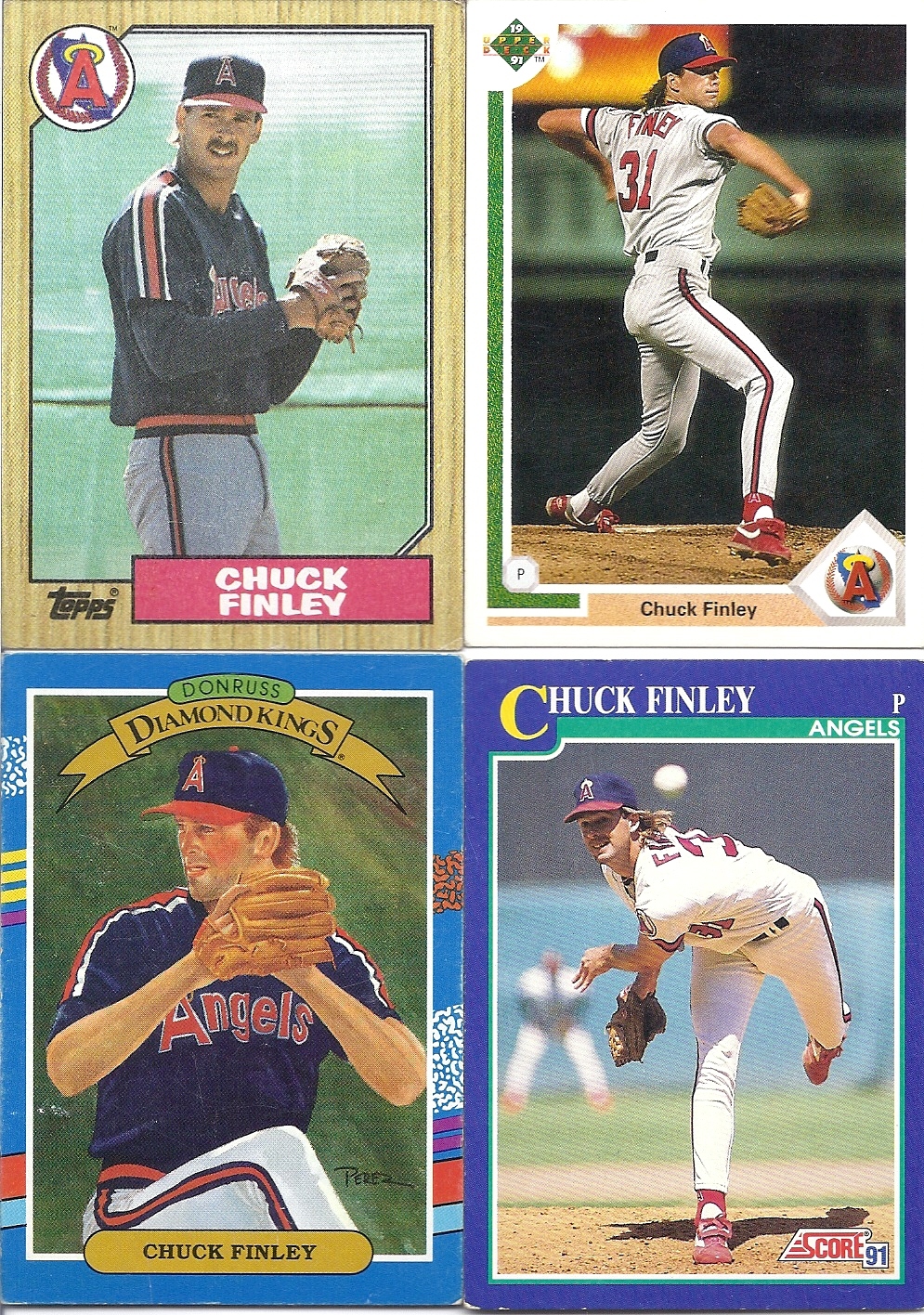 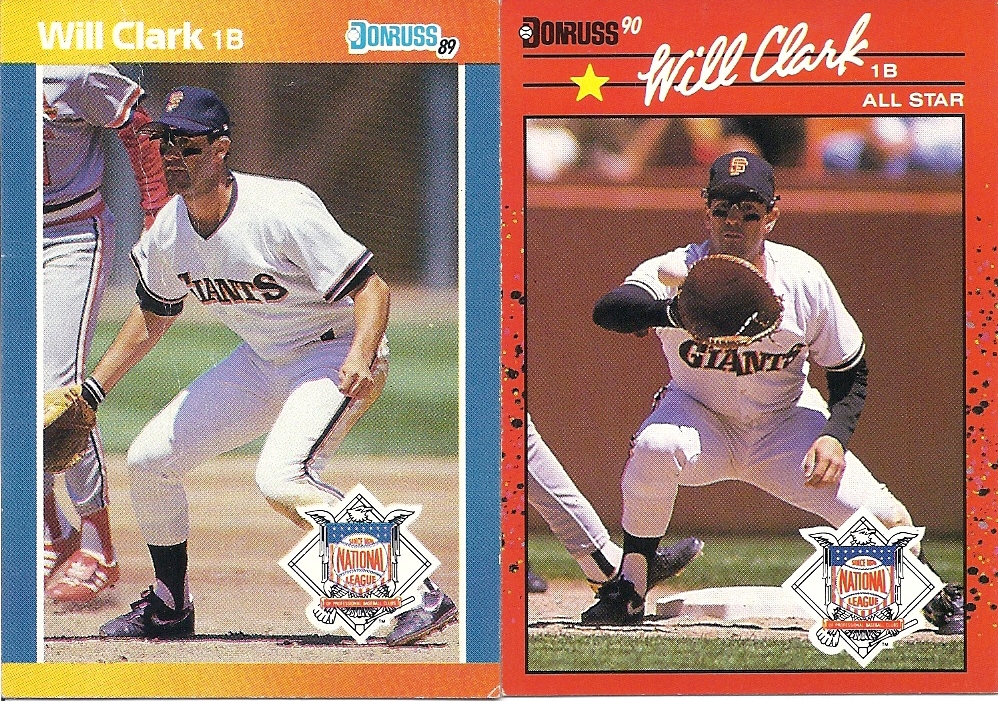 Here's a couple good ol' Louisiana boys for you.  Will is putting on a clinic on how to run things at first base, and Mr. Finley is out shredding strike zones both with and without his Chuckstache.

Legend has it that in early 1988, Chuck threw a practice pitch so hard that his moustache flew off his face and onto the ball.  There's a Chuckstachoied baseball somewhere in the swamps of Thibodeaux, Louisiana to this day. 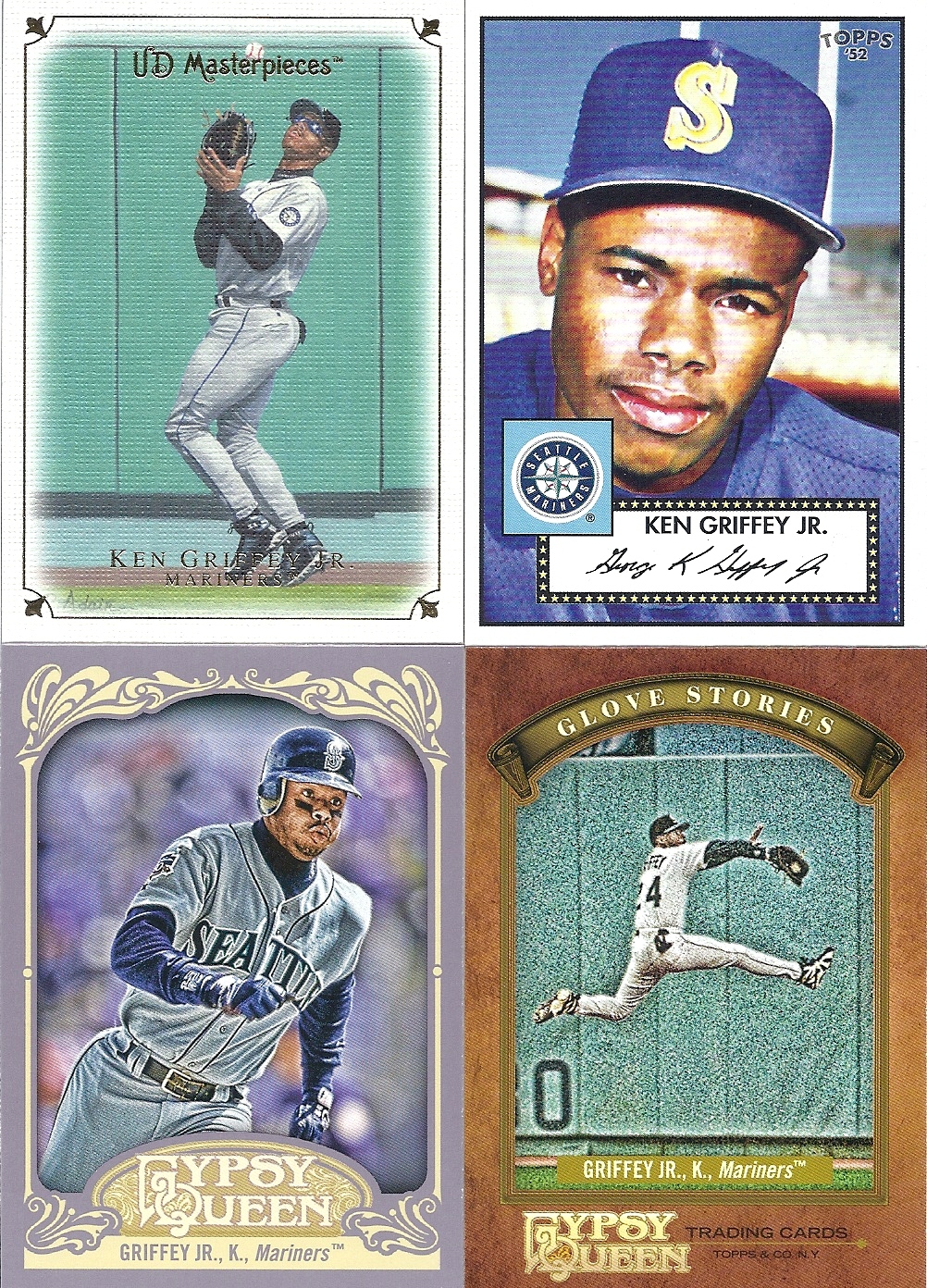 Shiny Griffeys are some of the best Griffeys.  That dufex Pinnacle subset made me smile really big.  And I was very pleased to get a CTTT as mine came out of the sealed hobby box damaged.  This one is pristine. 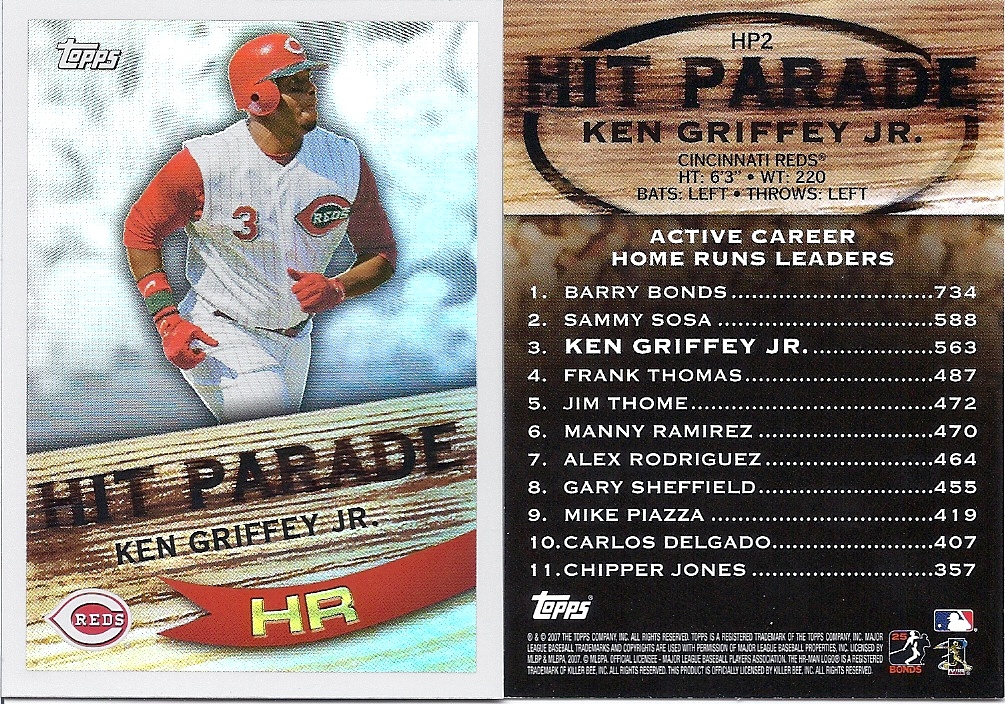 Asterisk, astersk! (not for Griffey, or course.) 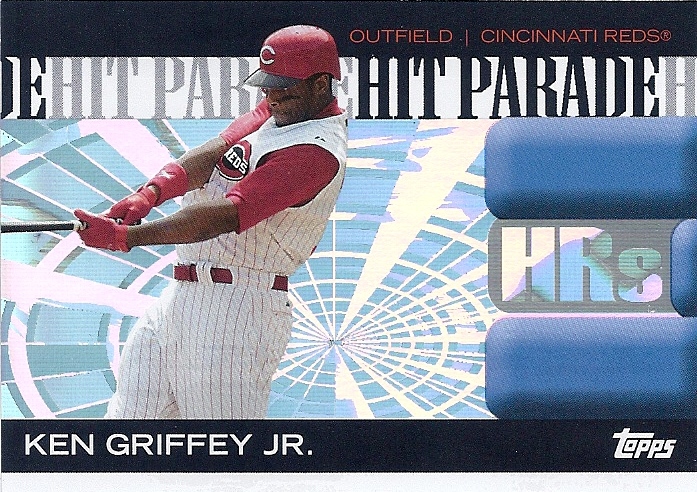 That's right: TWO itertions of the Topps "Hit Parade" insert, both very cool cards.  Thome is now at 612, 18 HR's short of Griffey's lifetime 630.  He has averaged 21 HR's over the last 5 seasons, but he is currently a free agent.  So a contract plus one more good year and he'll surpass the Kid on the all-time list.

Check out William's and Mark's respective blogs, everyone!  And thanks for the trades, guys!﻿
﻿﻿﻿
Posted by The Junior Junkie at 1:06 PM