These are a group break held by Jon of Community Gum.  It featured boxes from the 90's and early 2000's which is right in my wheelhouse.  I took the Mariners and also got the Cardinals.  Here are the stars:


That was a great break, Jon!  Thanks for including me.

Judson over at My Cardboard Habit busted a bunch of A&G, and again I took the Mariners.  I ended up with the Marlins, too, but Judson was nice enough to swap me the Yankees.  I was hoping for a Mattingly and maybe a Jeter.  Here's what I got: 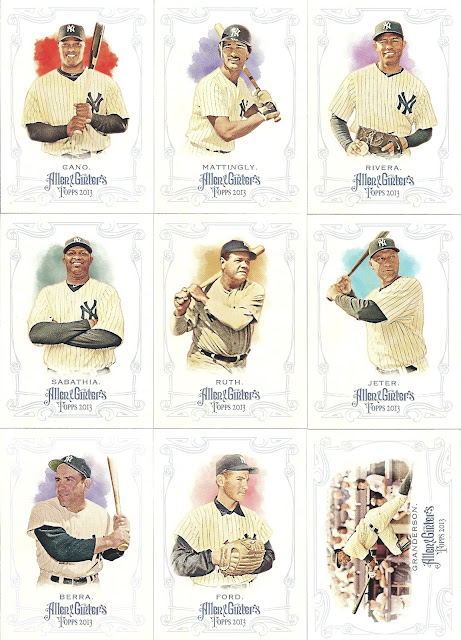 Got both my guys plus Yogi, Whitey, and the Babe.  I ended up with this, too: 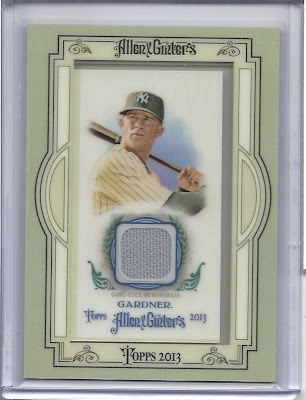 My first A&G relic ever.  I love how they encase the little card in the big card!  Adorable.... 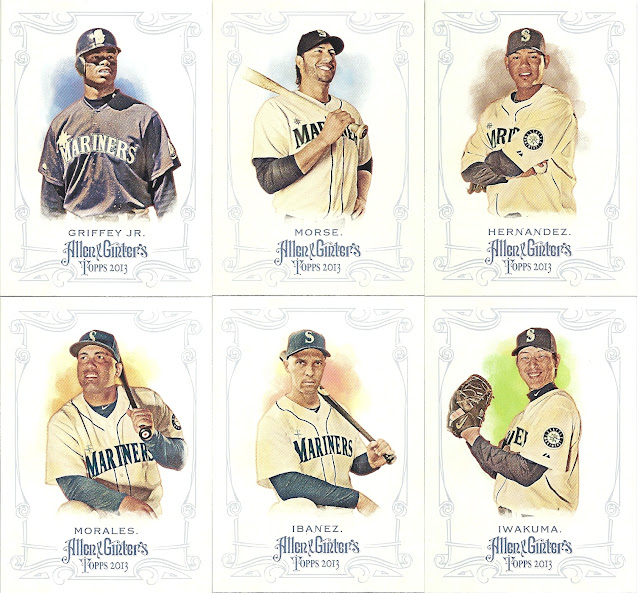 BAM!  Got the Griffey!

And of course Felix, Raul, Mike and the rest. 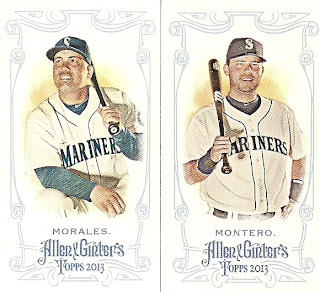 Thanks, Judson!  Let's do another sometime....
Posted by The Junior Junkie at 9:00 PM